Whanganui culture & heritage trail attractions and things to do

Wow, Whanganui, winner of Aotearoa New Zealand’s ‘Most Beautiful City’ award in 2019 and 2021 is now a UNESCO City of Design. Discover a visually exciting place to walk around and the vibrant culture flourishing among Edwardian buildings, parks and alongside the Whanganui river.

Lace up the walking boots and explore Whanganui’s culture and heritage trails.

What are the key places to visit on a Whanganui culture & heritage trail?

The key places to visit in Whanganui on a heritage trail are largely from NZ’s colonial past. 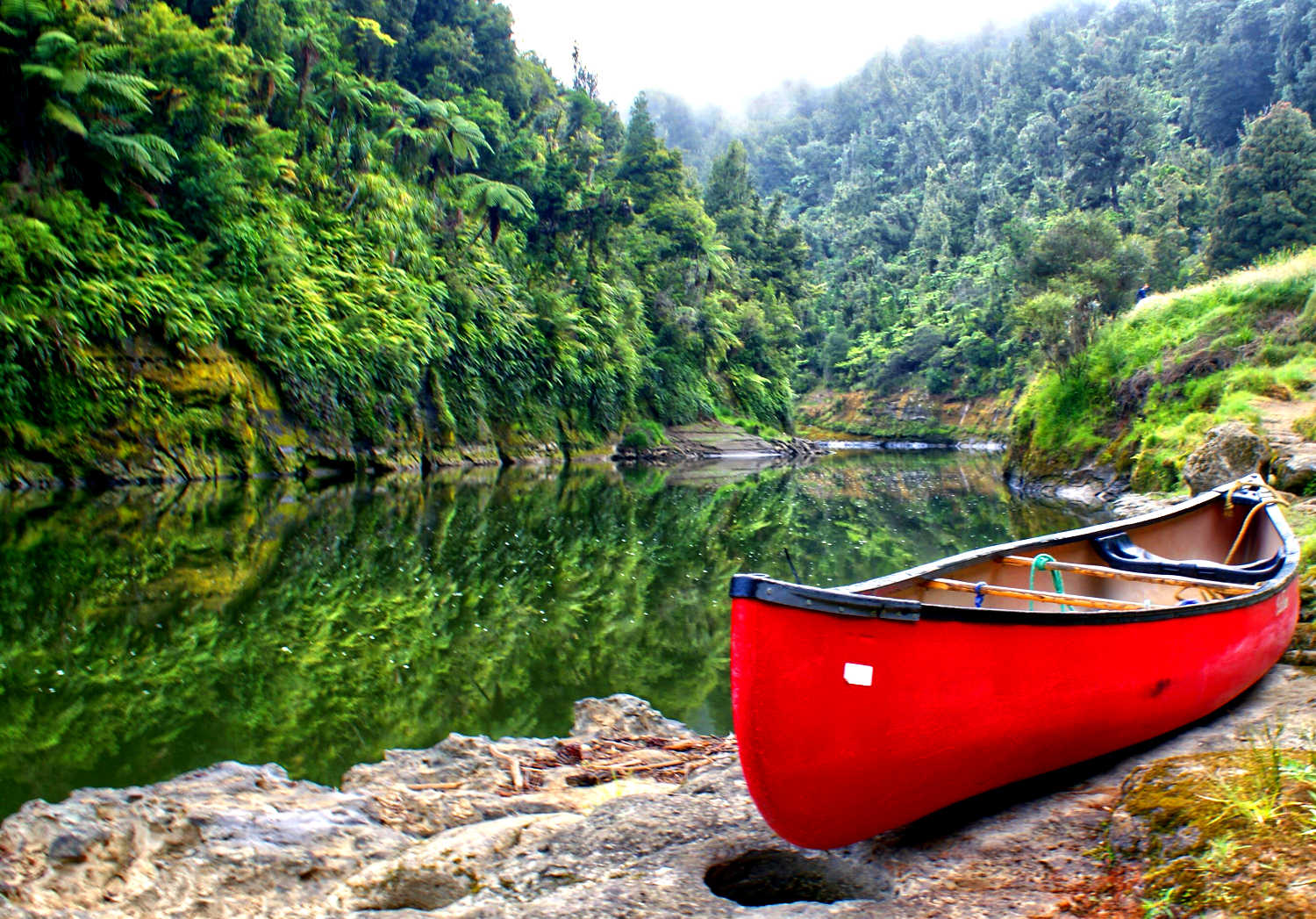 Discover Victorian bligg in all its heritage glory. Gold columns, brilliant white exterior, dripping with ornate splendour inside. Comfortable seating and red carpeted corridors creates an operatic feel to the stately building. The Royal Whanganui Opera House is New Zealand’s last surviving Victorian Theatre and the only theatre in New Zealand to have a Royal Charter, awarded for the centenary celebration in 1999. It was designed by Wellington Architect George Stevenson and commissioned to commemorate Queen Victoria’s reign. The building has survived three potential disasters with fire an ever present danger. The Whanganui Royal Opera House was lit from the beginning with electricity and gas.

Completed in 1899 and located on St Hill Street the theatre seats 830 people and continues to be used today for its original intention. NZ’s last Victorian Theatre. This 122 year old, 800 seat, theatre is the venue for local, national and international events requiring a stage & auditorium. 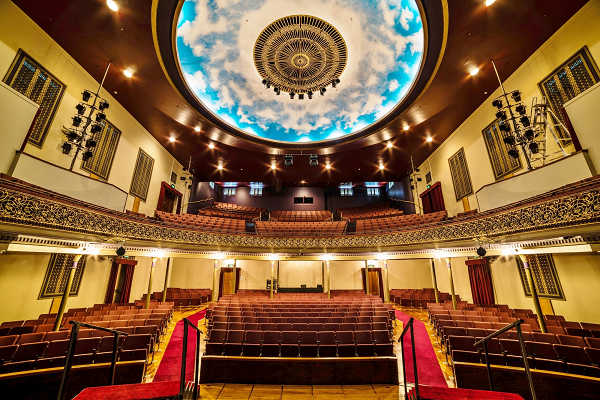 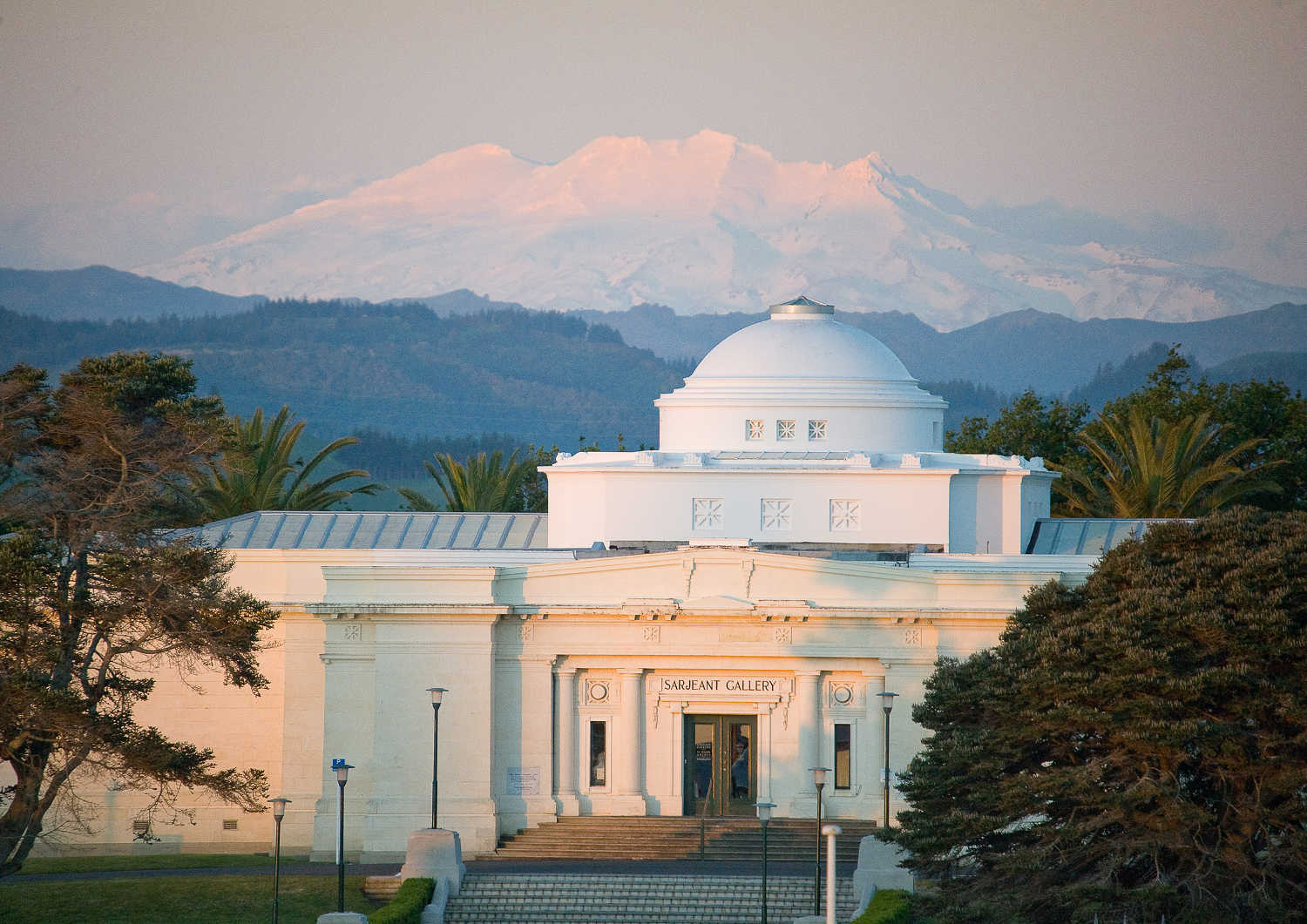 Sarjeant Gallery has over 8,000 pieces and counting. The Gallery is one of the pioneer galleries in colonial New Zealand. The start in 1901 was a gift to the whanganui Arts & Crafts Society of an oil painting by C.F. Goldie from 1900.

A must-go destination for anyone interested in the story of the WHANGANUI RIVER. Plenty of memorabilia, lots of gnarly knotted ropes for tying riverboats to wharves and a replica river boat to ponder over. The small museum is packed with details such as photographs, stories of sailors and individual boats and their journeys. Listen to river tales while you gently cruise your way up the river on a historic riverboat.

The museum is located in Pukenamu Queen’s Park, in the cultural heart of Whanganui, the Whanganui Regional Museum offers visitors a look into the hearts and minds of the people of Whanganui and their treasures. 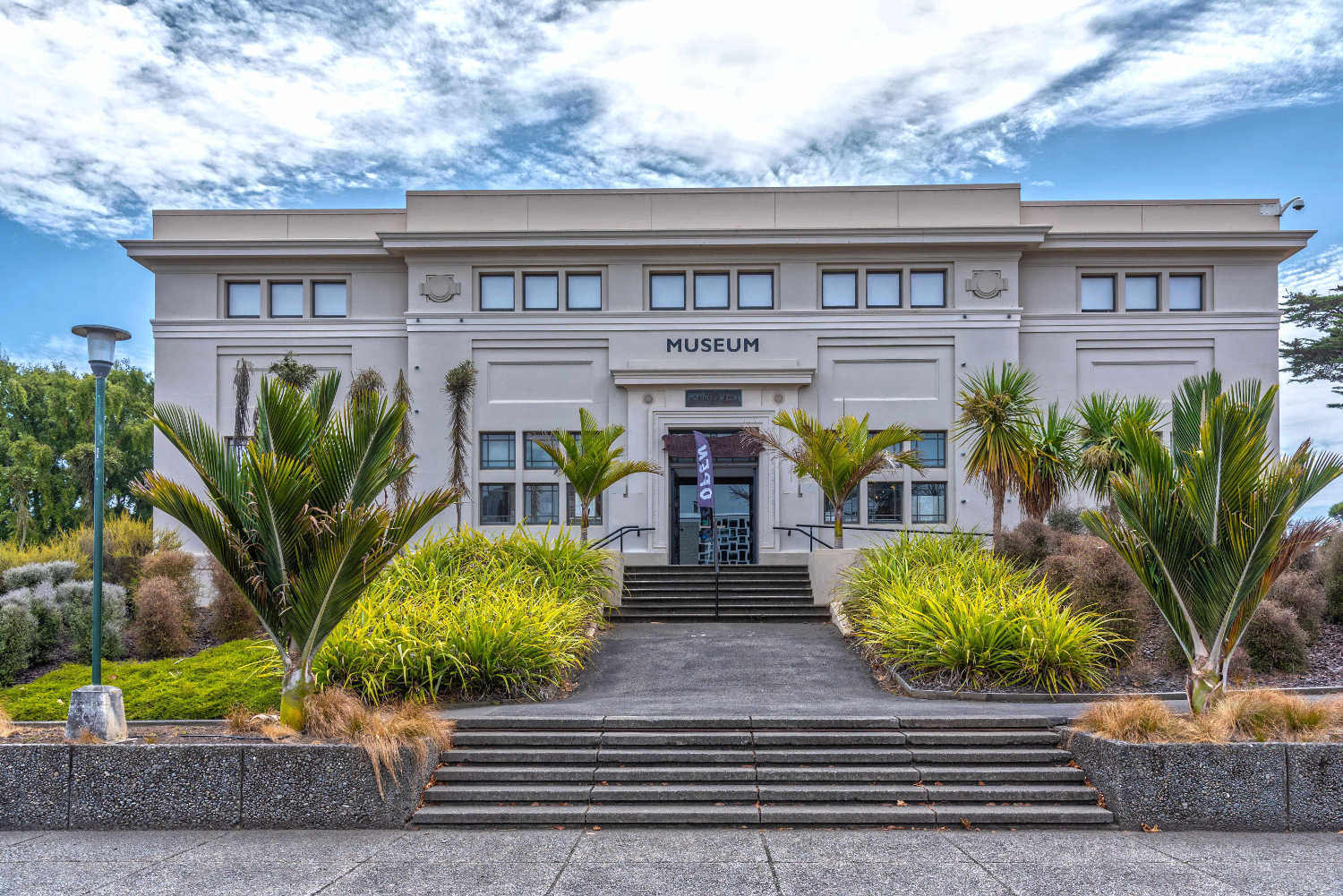 Discover a well regarded collection of Maori objects. You will see the exceptional creations of tupuna (ancestors) of Whanganui tangata whenua (indigenous people). The story of the Whanganui River is woven into the narratives of the objects and their ancestral importance to the local iwi (tribes). The natural world of Whanganui and the development of a mature and sometimes controversial town are interpreted in a changing exhibition programme with a world-class collection.

The well stocked gift shop has an excellent display of  local jewellery, books, cards and other New Zealand-made items.

Whanganui Regional Museum is open to visitors every day (except Christmas Day and Good Friday) from 10.00am to 4.30pm.

Explore one of Aotearoa New Zealand’s oldest cemeteries, opened for burials in 1841. The cemetery was divided into Jewish, Catholic and Protestant sections.

The Heads Road Cemetery is a category I historic place with a number of burials of soldiers involved in the New Zealand Wars of the 1860s. Whanganui was a garrison town with the accommodation and barracks located in what is now Queens Park. Many graves lie unmarked and many have had their inscriptions erased by time and weather. A list of historic graves and monuments | Ministry for Culture and Heritage.

Burials include:  John Ballance who was Premier in the early 1890s & Reverend Richard Taylor.

The Whanganui Regional Heritage Trust can organise guided walks for groups.  Burial records and monumental inscriptions can be consulted at the Alexander Heritage and Research Library in Queen’s Park, open weekday afternoons.

Victorian grave architecture and the sense of timelessness that invades closed cemeteries is very evident. A great place for cemetery buffs to visit. 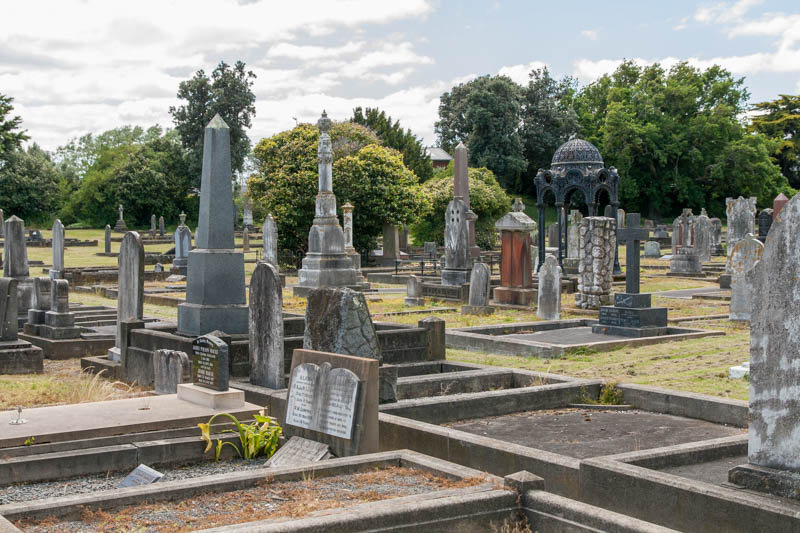 Marangai Blockhouse was built by John Cameron in 1868 as a response to the possibility of an attack by the Maori chief, Titokowaru. The blockhouse never was used for its original purpose and became a farm shed for more than 120 years.  It is a Category I registered Historic Place. The blockhouse is open every day, free of charge. There is a small car park by the farm drive and you can walk down to enter the blockhouse by the door on the north side. 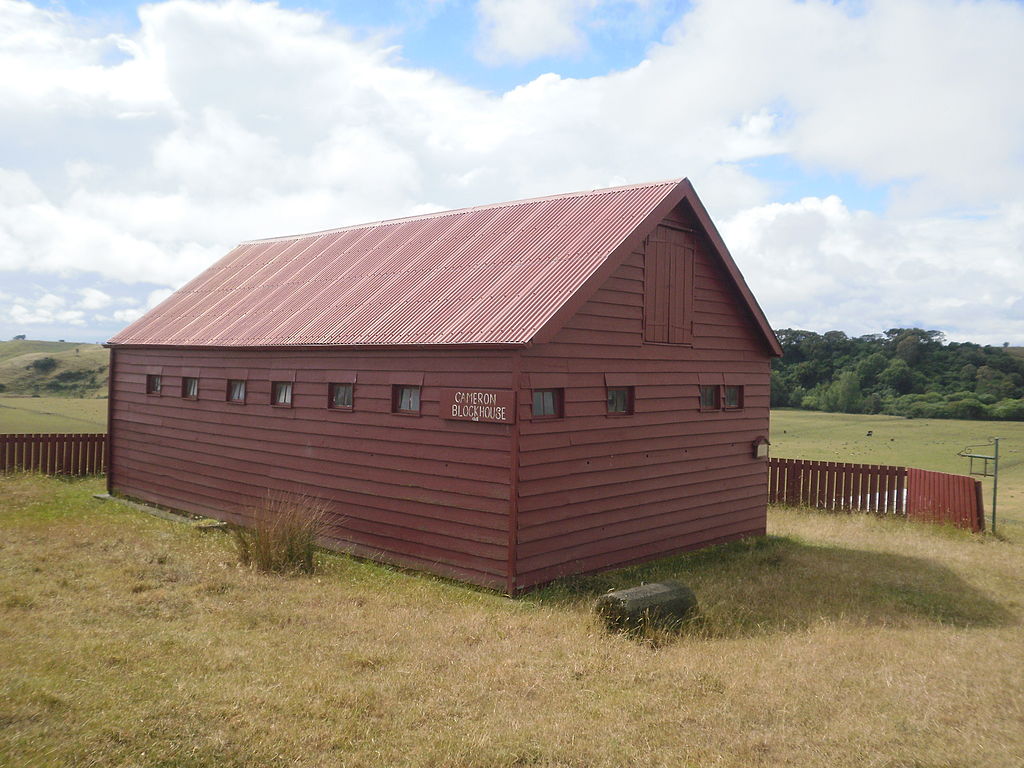 What are the key culture & heritage places to visit on the Whanganui river road? 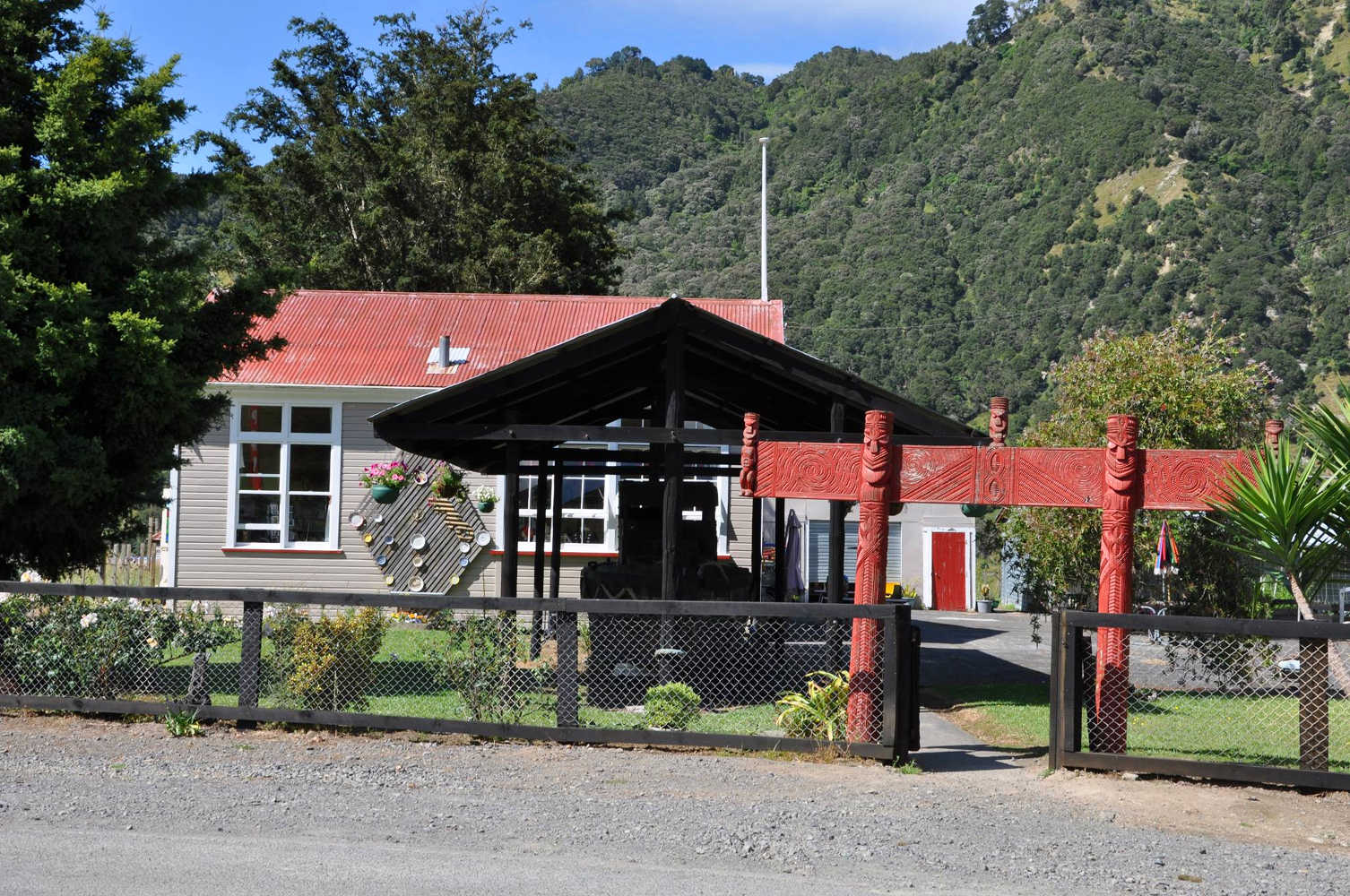 The beautifully preserved marae (gathering places) which are usually visible from the road. Please respect all marae and urupā (cemetery) and read the welcoming information plaques before entering private property. 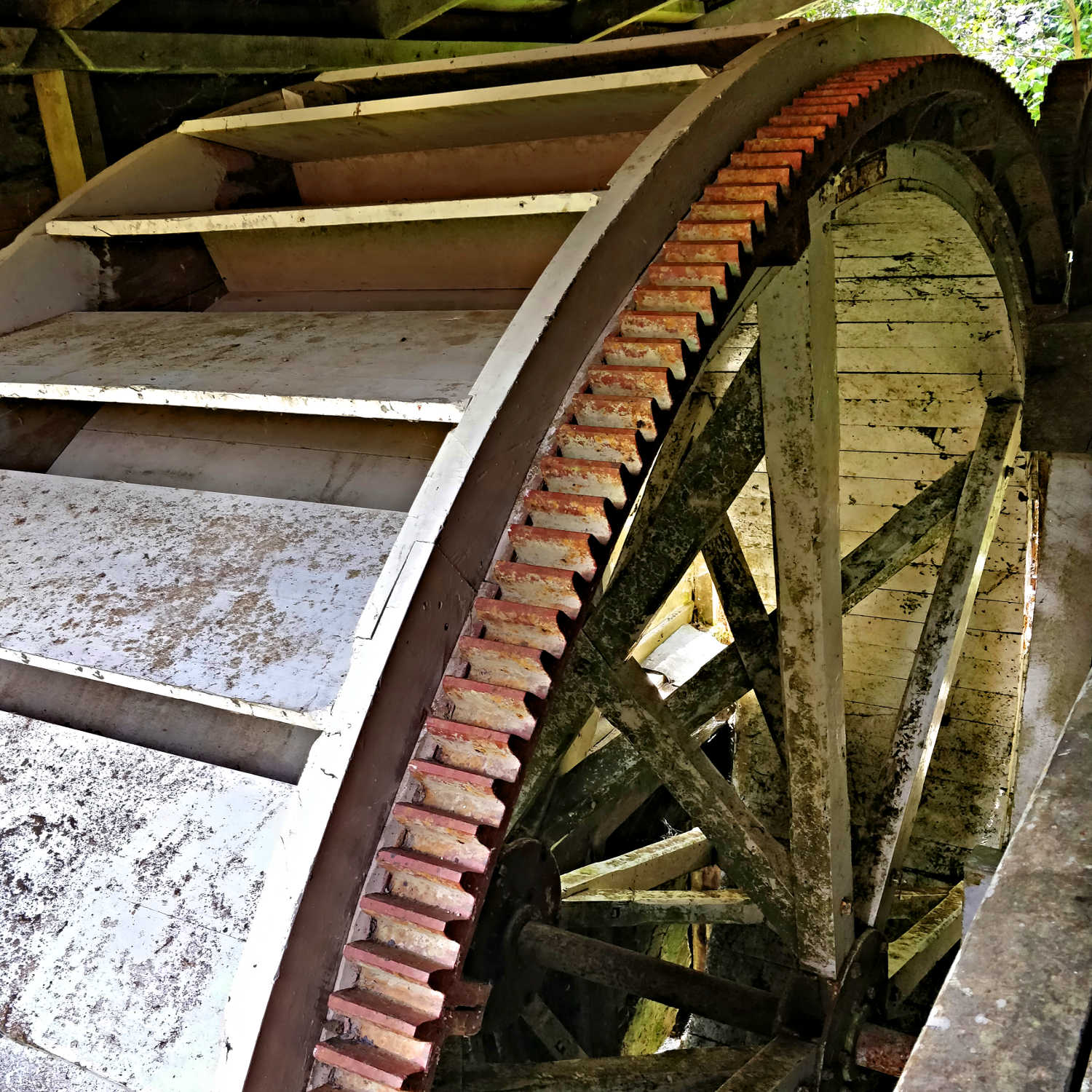 Fascinating insight into life in the 1850’s. The refurbished water-power mill has an original massive water wheel and wheat grinding stones. Governor Grey initiated the concept of wheat growing in the area and the four mill was one of several built in the Whanganui River valley in the 19th century. Now a museum, there is also a restored miller’s colonial style cottage alongside the mill. Drinking water and a compostable toilet is available here.

Hiruhārama was originally called Patiarero and was one of the biggest settlements on the Whanganui River in the 1840’s with several hundred Maori inhabitants whose roots reach back centuries. The settlement has a beautifully maintained century-old Catholic church and convent built in the 1890s, when Suzanne Aubert (known as Mother Mary Joseph) established the congregation of the Sisters of Compassion. The church features a beautifully carved altar of Māori design and kōwhaiwhai panels decorate the walls. Read the information plaques describing the life of its founder Mother Aubert in the Whanganui region. 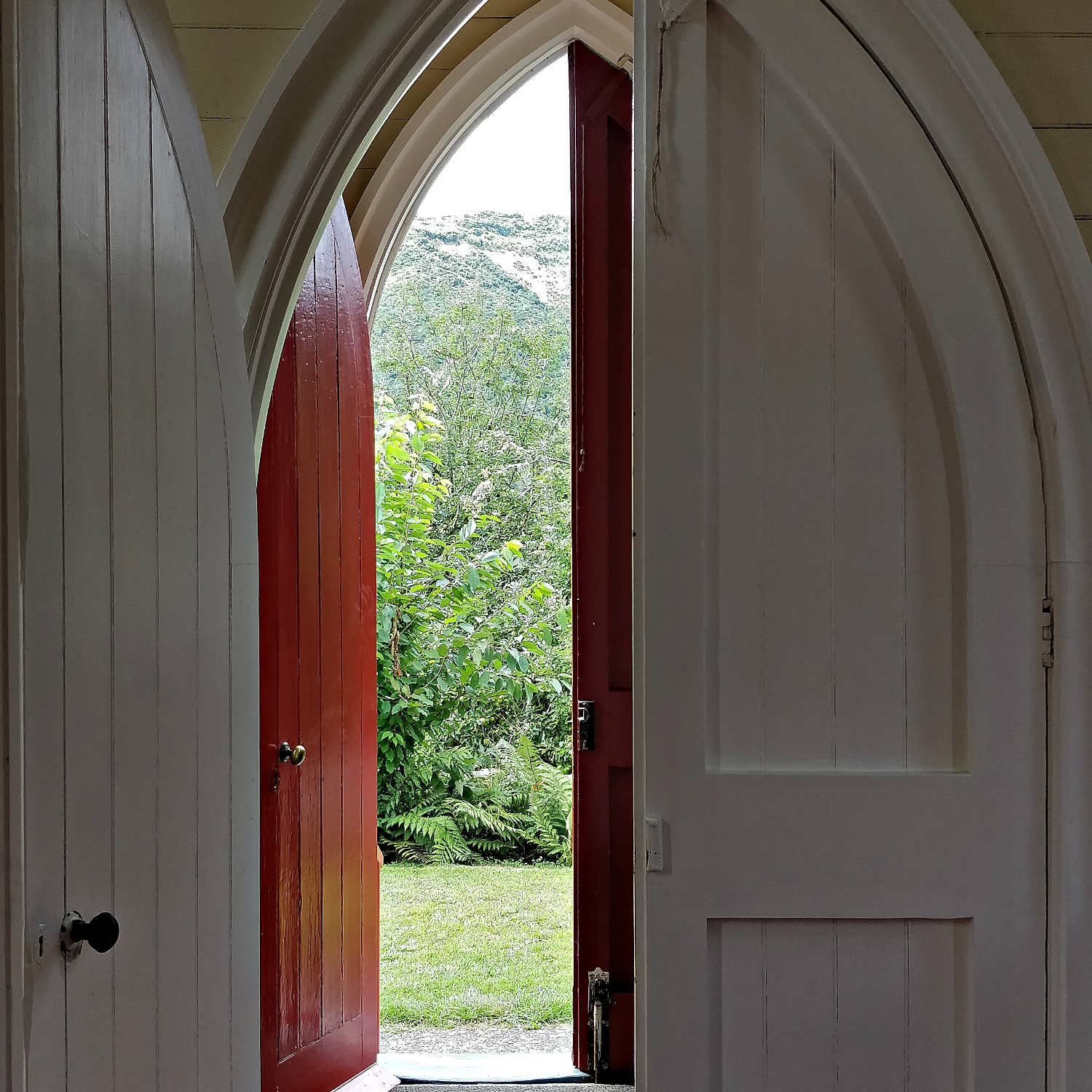 Walk to the church through a compassionate way and relax into the peace and quiet of the church garden.

In 1970, Hiruhārama was also the home of the poet James K Baxter’s community. His poem is named “Jerusalem sonnets”, describing some of his daily life at the commune.

The Convent offers dormitories, however pre-booking is essential.

FOR MORE ACCOMMODATION OPTIONS IN WHANGANUI CHECK OUT 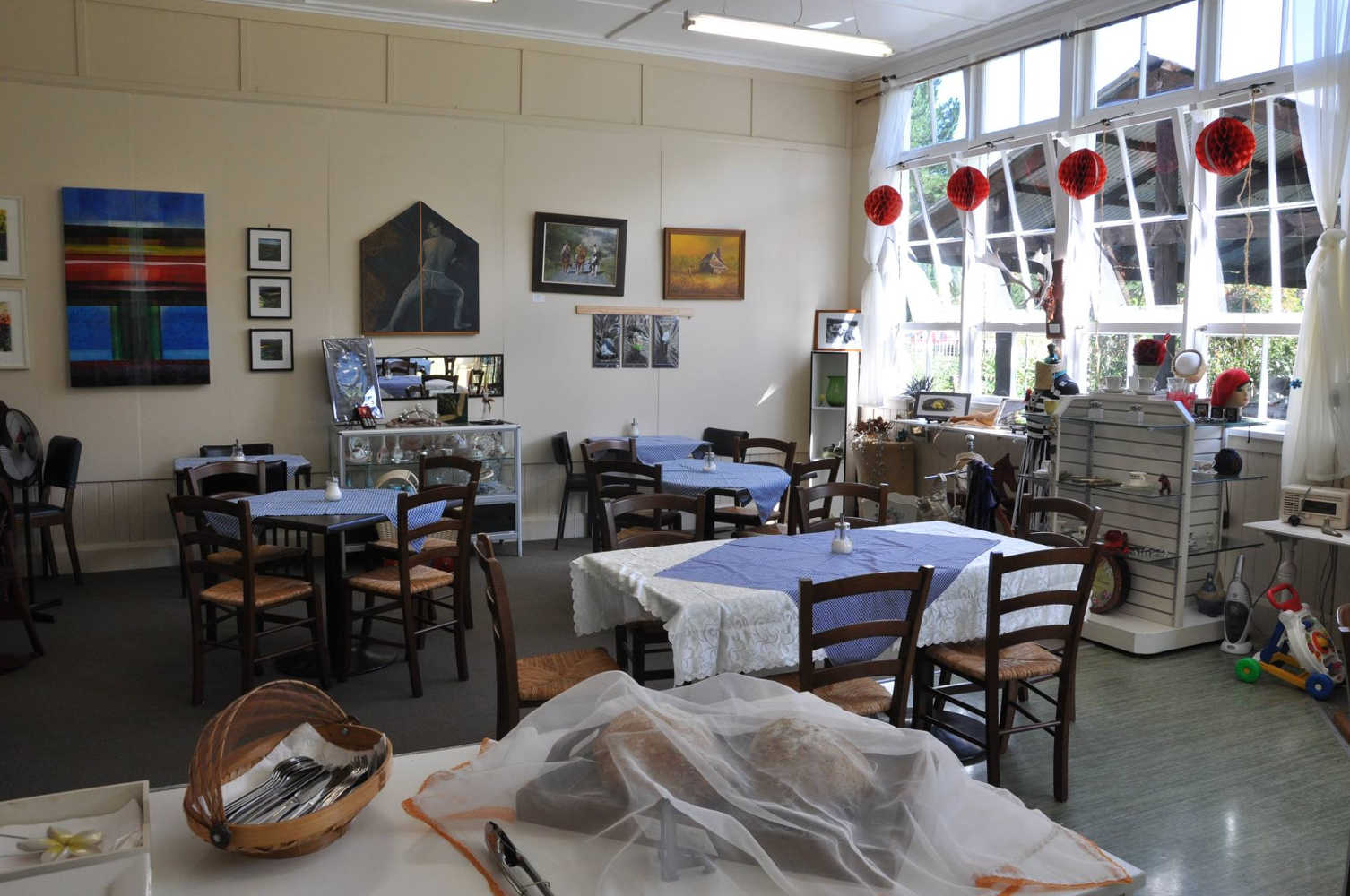 A former school is now called Matahiwi Cafe & Gallery. Outside the cafe is the wooden boat used in the movie River Queen which was filmed on the Whanganui River.  A quirky place full of memorabilia, photographs of the district and delicious biscuits.   The cafe is mainly open during the summer months. Classic fare such as scones, lamingtons and sausage rolls were available. The cafe has a modern coffee machine for coffee drinkers along with tea and water. Souvenirs such as postcards, T shirts printed with slogans and images of the area were on sale. Telephone ahead outside the peak season.

Thank you for welcoming visitors into your private spaces.  Stepping in the cultural space of locals is a highlight. Ranana (London) and Koriniti both have Marae’s which welcome visitors.  Signboards explain guidelines.  If you are lucky a local inhabitant could even explain the significance of places, objects and meaning of the landscape for

Just past the free campsite OTUMAIRE is a road sign ‘Hand Cut Culvert.  Check for passing cars and pull into the narrow parking space.  A short boardwalk leads into a little valley stream and native vegetation.  Diffused, dappled light and a hand cut culvert is a photo moment.  The culvert was cut during the road construction to minimise water flooding.  New Zealand scenery in a postcard snapshot.

It is a ten minute very easy walk from the River Road signpost. 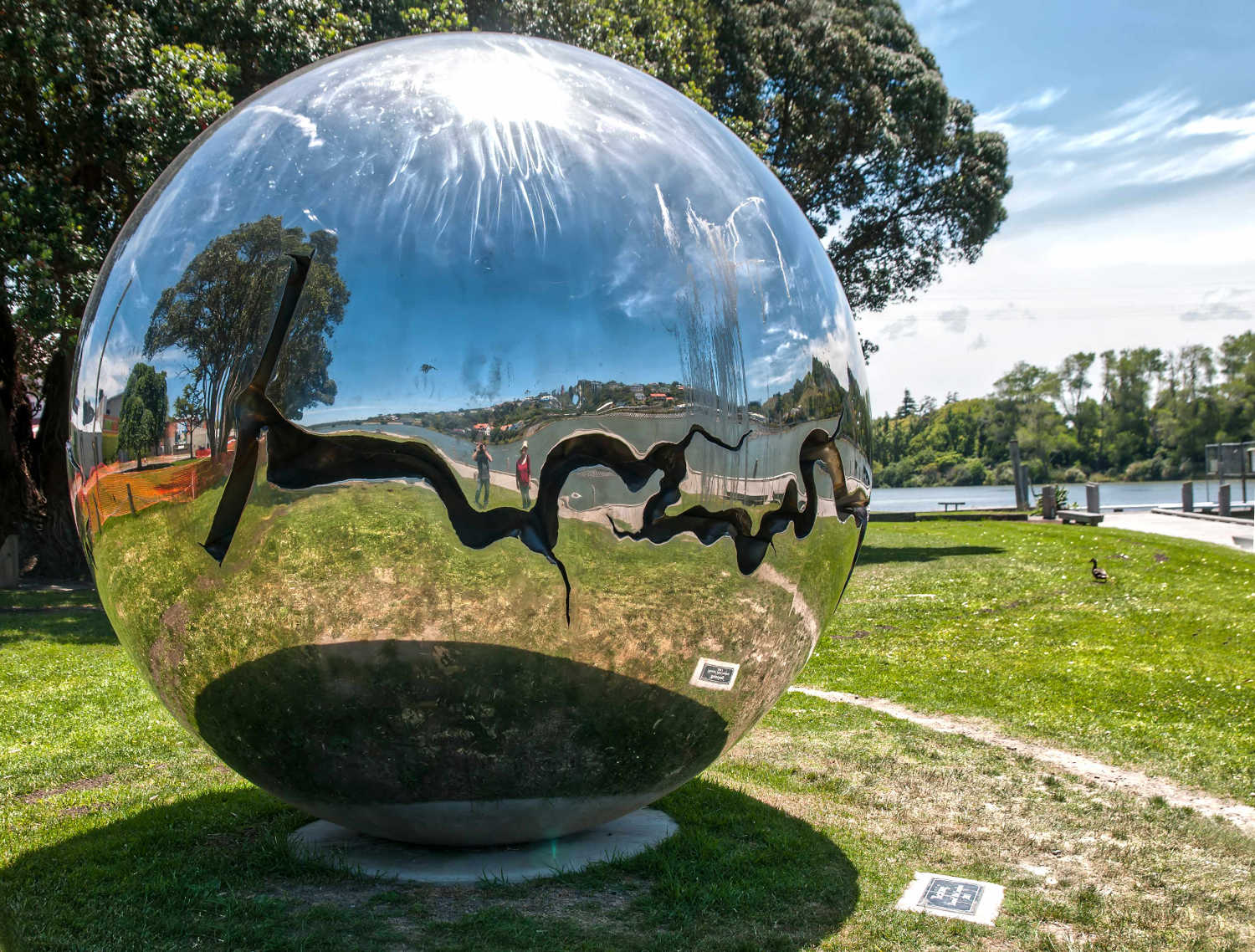 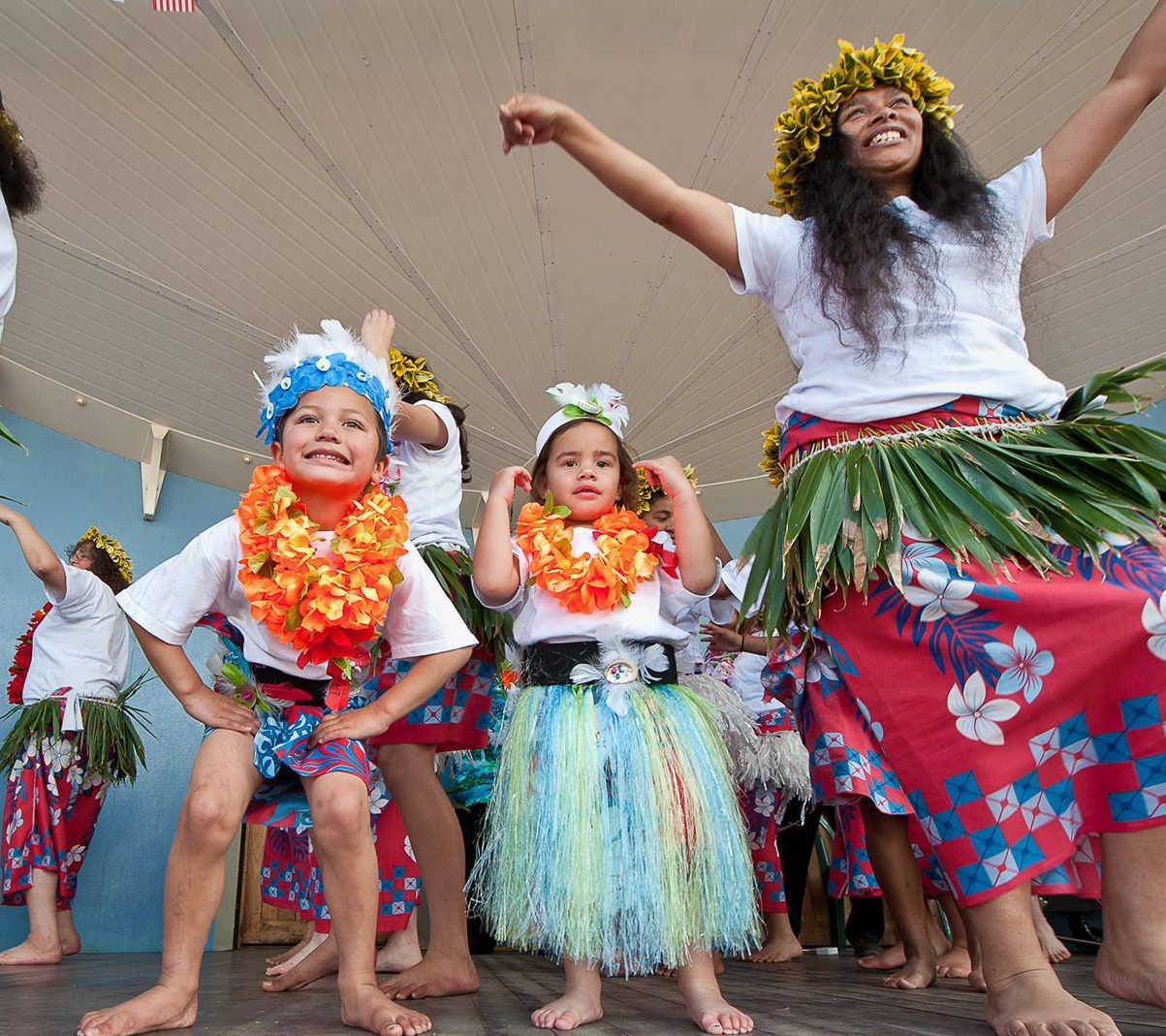 “It came as no surprise when fighting broke out in the company’s second settlement, Whanganui, in 1847. This conflict also involved long-standing rivalries between upper and lower Whanganui River Māori.

By early 1847 Whanganui was a garrison town. The Rutland Stockade dominated the landscape, its presence angering the upriver chief Tōpine Te Mamaku. In April 1847 tensions increased when a young Māori man was accidentally shot in the face by a British sailor. The murder of Mary Gilfillan and three of her children a few days later created panic in the settlement. Five of those responsible for the killings were captured by lower-river Māori and handed over to the British military. Four were executed. Te Mamaku responded with a blockade of the town. Two months of minor skirmishes followed before the blockade was lifted in July 1847…SOURCE https://nzhistory.govt.nz/war/wanganui-war 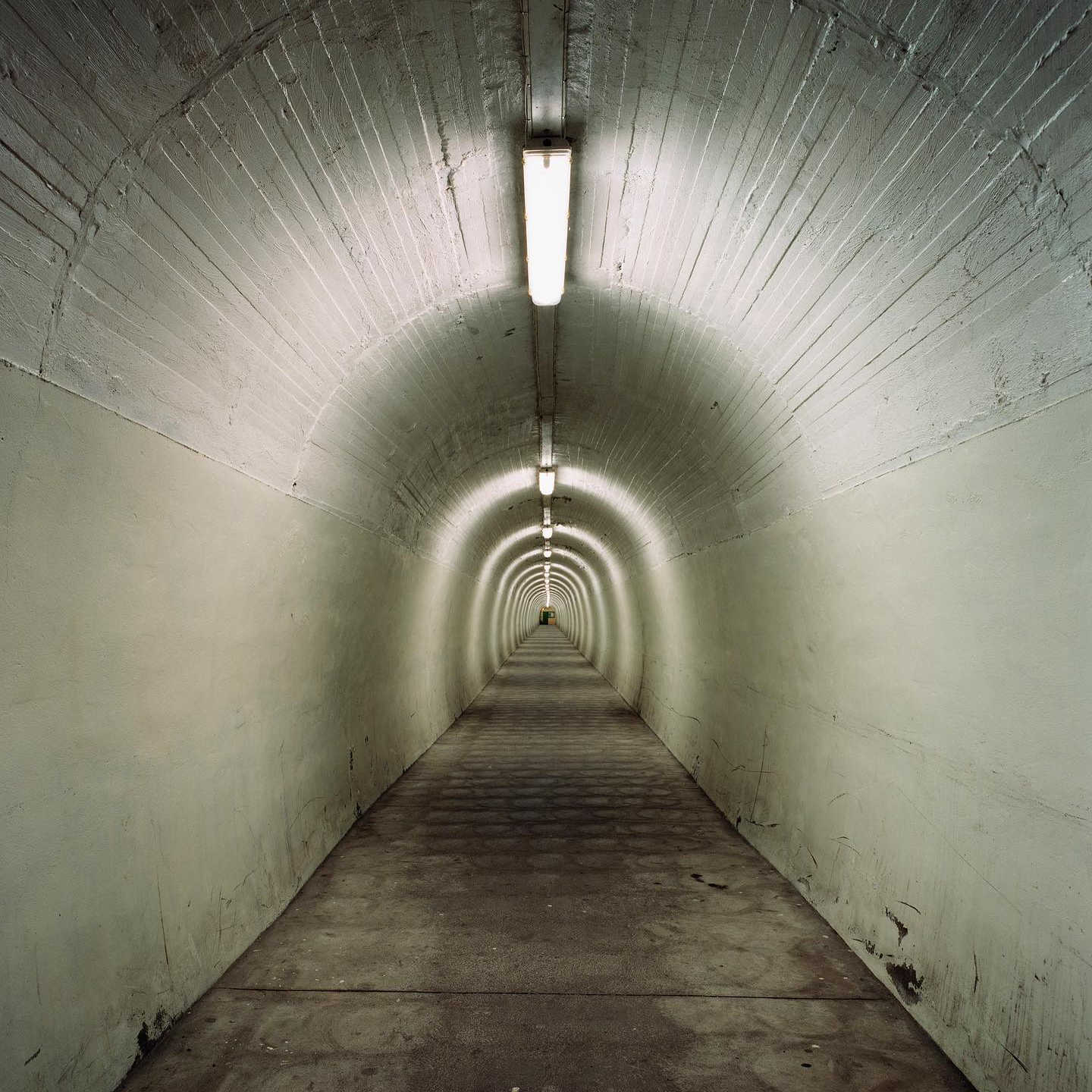 Durie hill tunnel & tower attraction, things to do in Whanganui

Whanganui River Road in a day 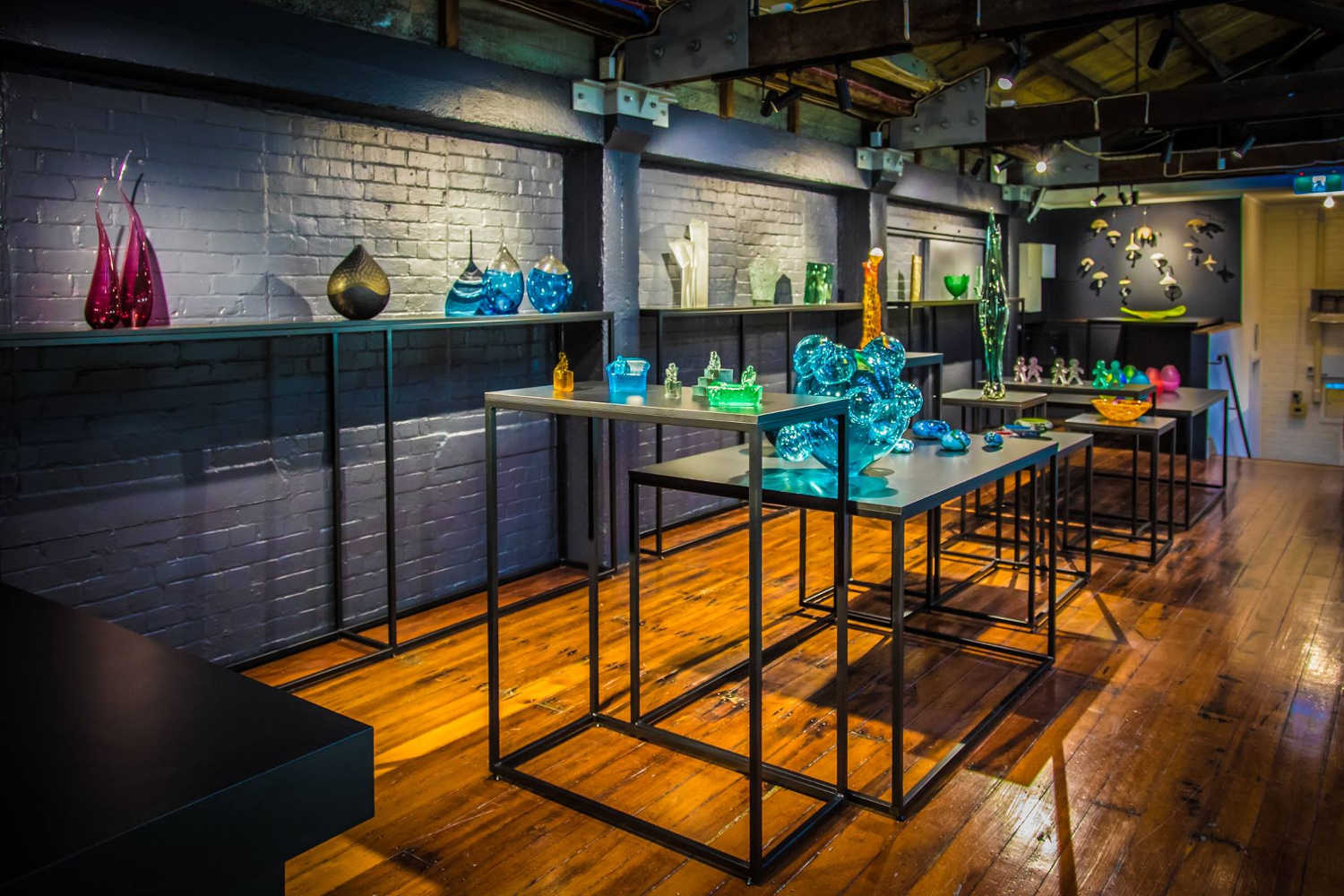 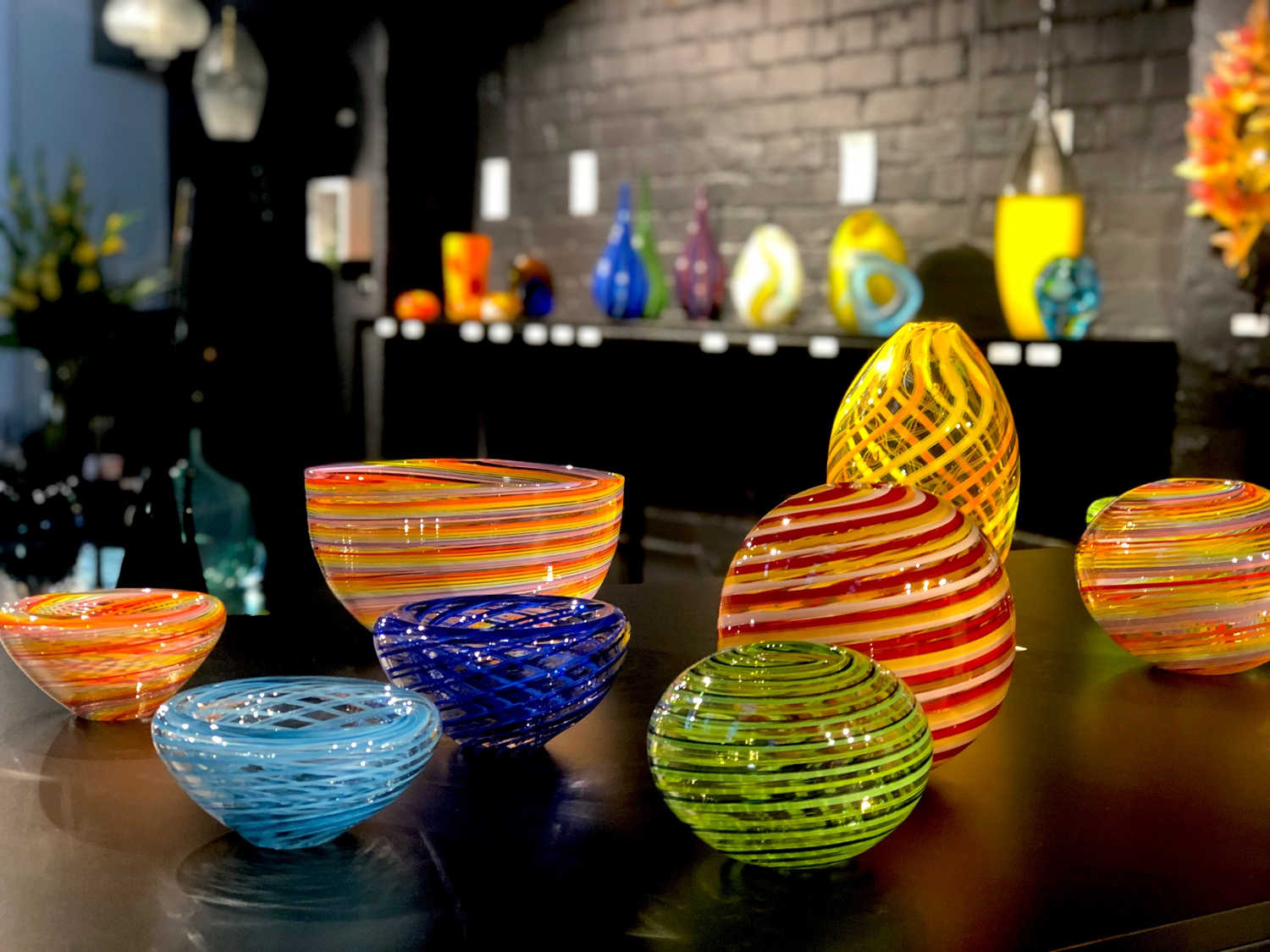 Whanganui attractions, things to do and places to visit

What do you think about “Whanganui culture & heritage trail attractions and things to do”?