Discover a place echoing the lives of people for over 800 years. Find out about the personal lives of people caught up in the 19th century NZ Land Wars and walk among a garden where the plantings reflect the life of Alfred Brown and the guardians of The Elms. Spend time exploring the mission cemetery and contemplate the consequences of the Battle of Gate Pa. The Elms is a visible link to the story of modern Aotearoa New Zealand.

The Elms is the former Anglican Te Papa Mission Station, established by the Church Missionary Society. The Te Papa Peninsula represents narratives of human occupation and is a place with intertwined stories of Maori and European endeavour in Aotearoa New Zealand. 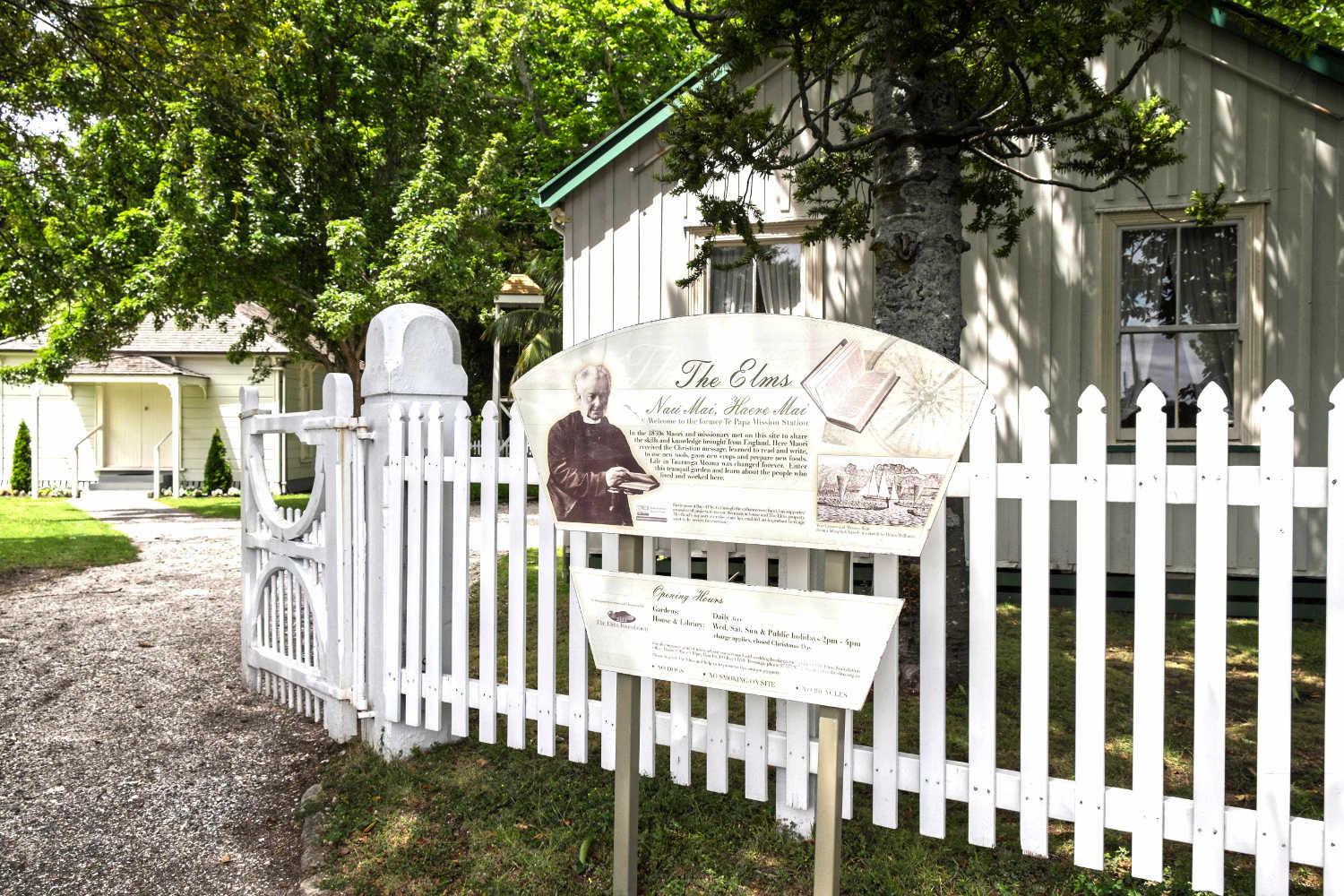 The Elms, mission house in Tauranga

The Elms occupy the site of the Otamataha pa (village). The Te Papa peninsula was the home of  Maori largely living in two fortified pa villages, the Otamataha pa, (now the location of the Mission cemetery) and Taumata Kahawai pa, (the site of the Monmouth Redoubt). In 1828 missionaries from the Bay of Islands found the Otamataha pa abandoned and the pa buildings severely damaged. Intertribal warfare led to an attack from warriors in the Thames district. By the 1830’s the pa was abandoned.

In 1836 Alfred Brown of the Church Missionary Society (CMS) negotiated with the local chief to purchase the site for a mission station. By 1847 there was a functioning church, homestead and the beginnings of an orchard and vegetable gardens. To consolidate the CMS presence at Te Papa, Brown made two purchases of land, one of 12.5 hectares in 1838 and a second of 240 hectares in 1839. The deeds of sale were signed by local chiefs.  In 1873 Brown and his second wife, Christina, bought the property from the CMS and renamed the house Elms.

Gardens were a critical part of both Maori and European sedentary life. The supply of vegetables and barter of surplus produce formed an important part of the relationship between early European missionaries and local Maori inhabitants. The garden was a place where Brown recreated the garden of his childhood with roses, oak trees and the Norfolk pines still present at the boundaries of the current gardens. The gardens today reflect Brown’s horticultural and botanical interests along with planting records various guardians have played. 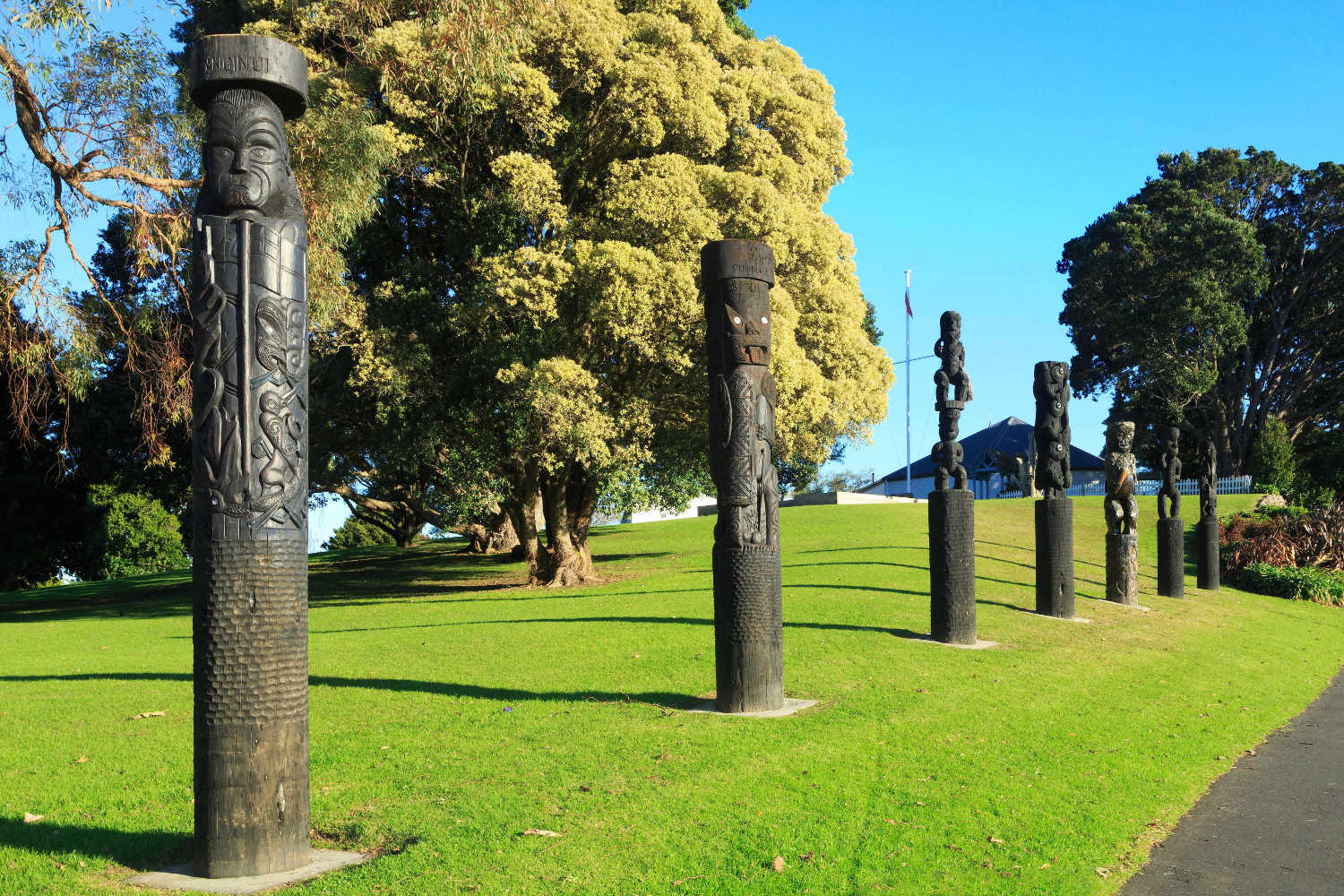 Maori pou, or carved pillars, erected at the site of the Battle of Gate Pa (1864)

Until the mission house was completed in 1847, the Browns lived in a raupo (flax) house. The raupo dwelling position is marked by a cairn on the north lawn.

Brown with his constant travels in the Bay of Plenty was successful in establishing a congregation of converted Maoris. He was made Archdeacon in 1843. In 1845 his son Marsh died and was buried in the newly consecrated cemetery (former site of the Otamataha pa).

The 1850’s witnessed an influx of European settlers with their desire for land. Maori were becoming increasingly disillusioned with the promises of the Treaty of Waitangi and the role of the missionaries. By 1836 war arrived in the Waikato. Imperial troops were billeted on CMS property and buildings used as a commissariat. Redoubts were strengthened in Tauranga with the arrival of Durham and Monmouth regiments.

THE BATTLE OF GATE PA

NZ Land Wars had one urban battle and the site was the gate at the southern boundary of The Elms. Gate Pa was the site of the battle between the Imperiall troops and Maori 21 April 1864. 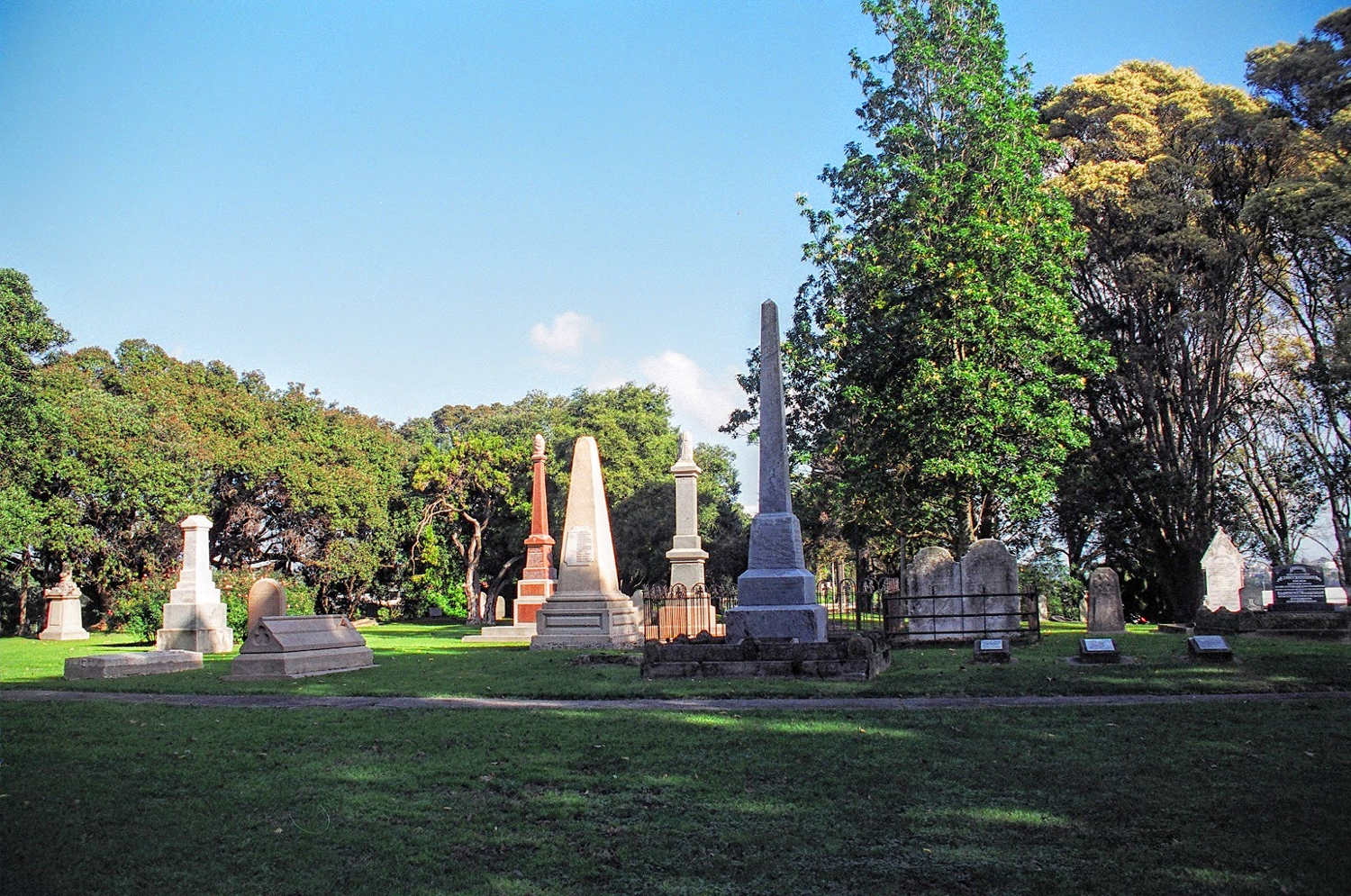 Henare Wiremu Taratoa (1830-1864) epitaph reads, A devout christian who presented The Code of Conduct (on behalf of the Ngāi Te Rangi leader, Rāwiri Puhirake) before the Battle of Gate Pā … mission cemetery.

NZ Land Wars fundamentally altered the lives of the missionaries and the converts with the dispossession of lands and forced land confiscations. Inevitably the relationship between the mission and the locals declined.

Brown continued to undertake parochial duties in the growing town of Tauranga until an Anglican vicar was appointed in 1873. Brown died 1884, aged 81. The category I historic rated Elms homestead is now in public ownership with the establishment of The Elms Foundation in 1998.

The Elms is now a tourist attraction and wedding venue. The Elms is part of New Zealand’s heritage trails. For more interesting places to visit in New Zealand check out Art & Heritage  for holiday inspiration. For more information about Tauranga check out Things to do in Tauranga, Mt Maunganui: Attractions, Activities & Places to Visit – Best Bits. 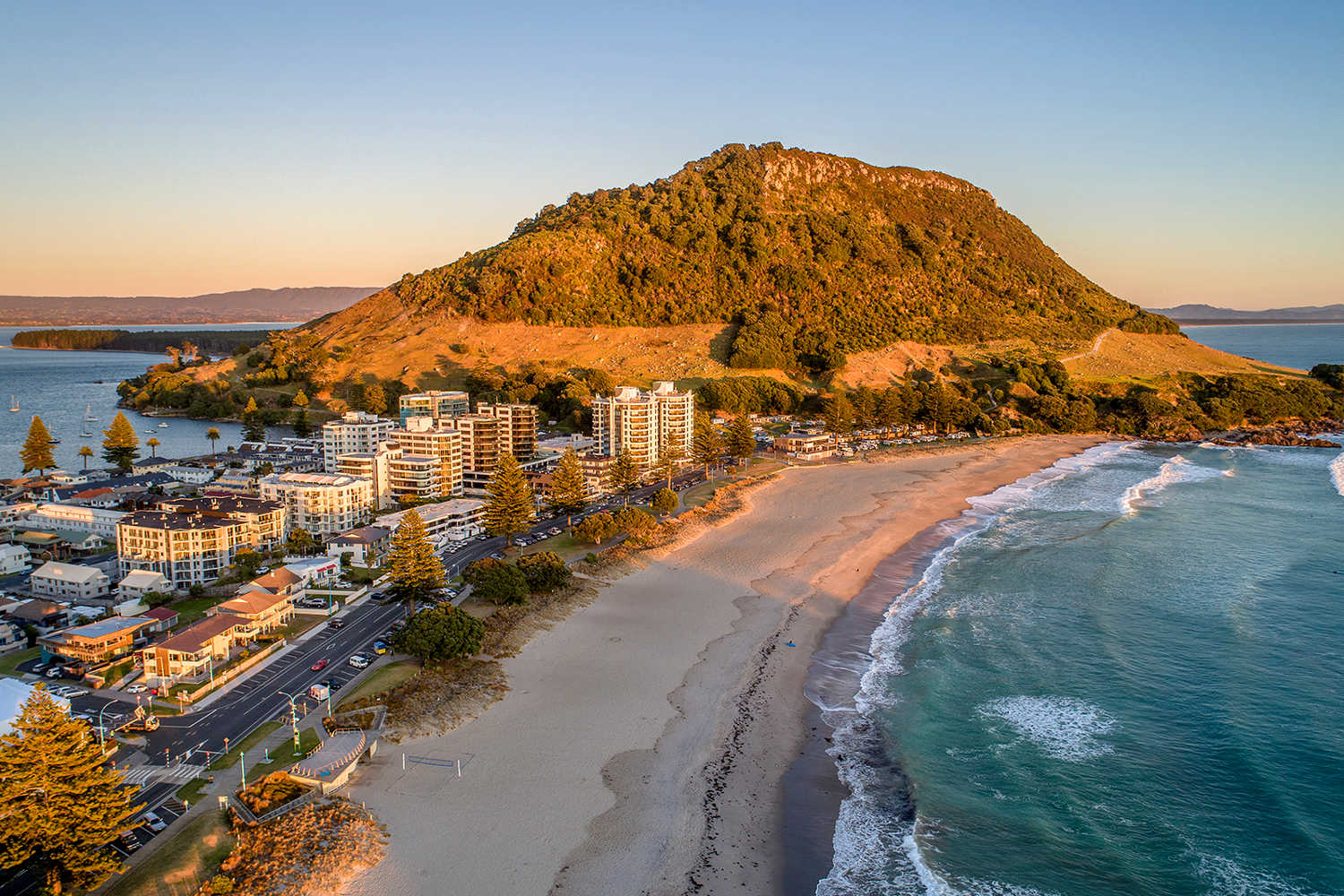 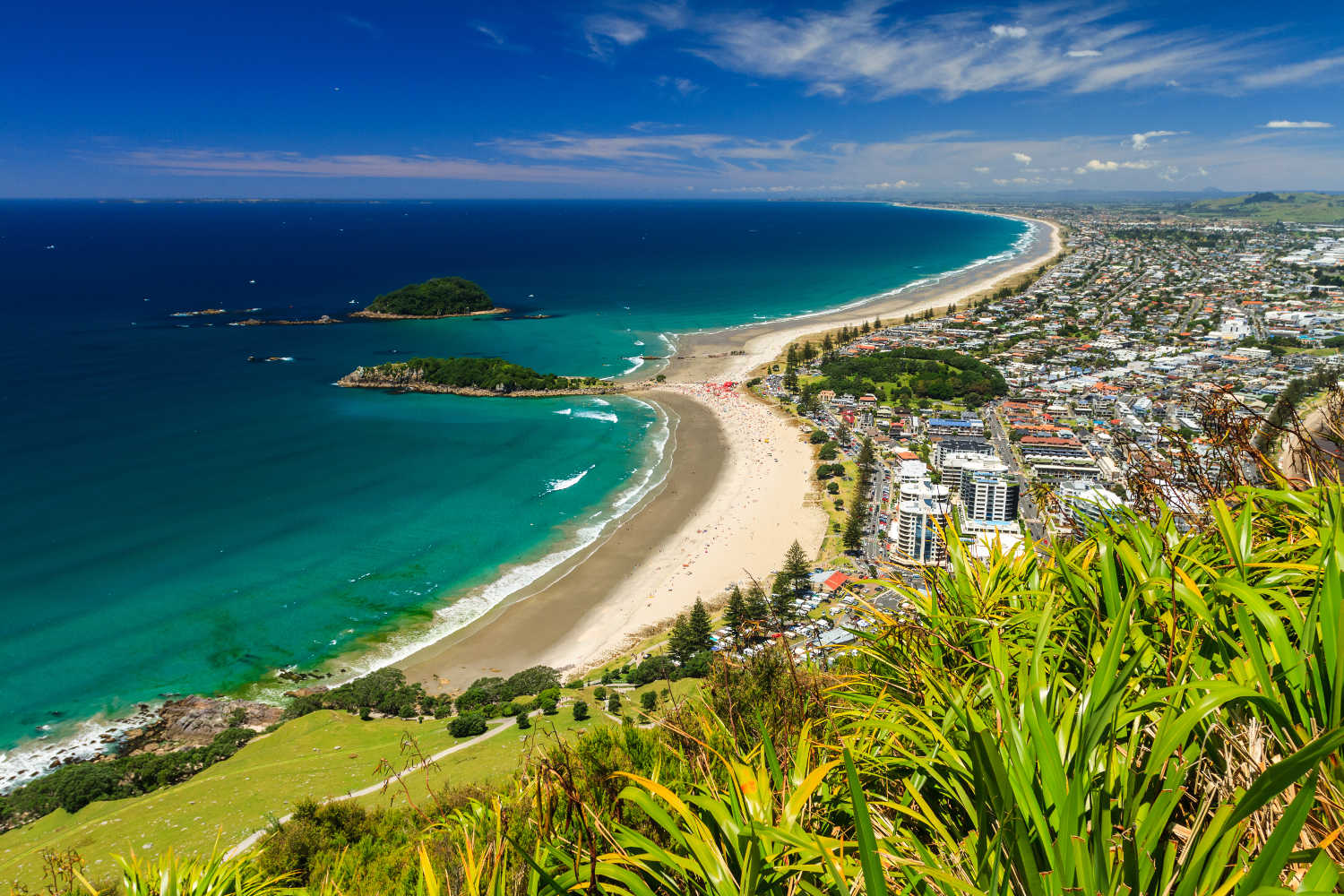 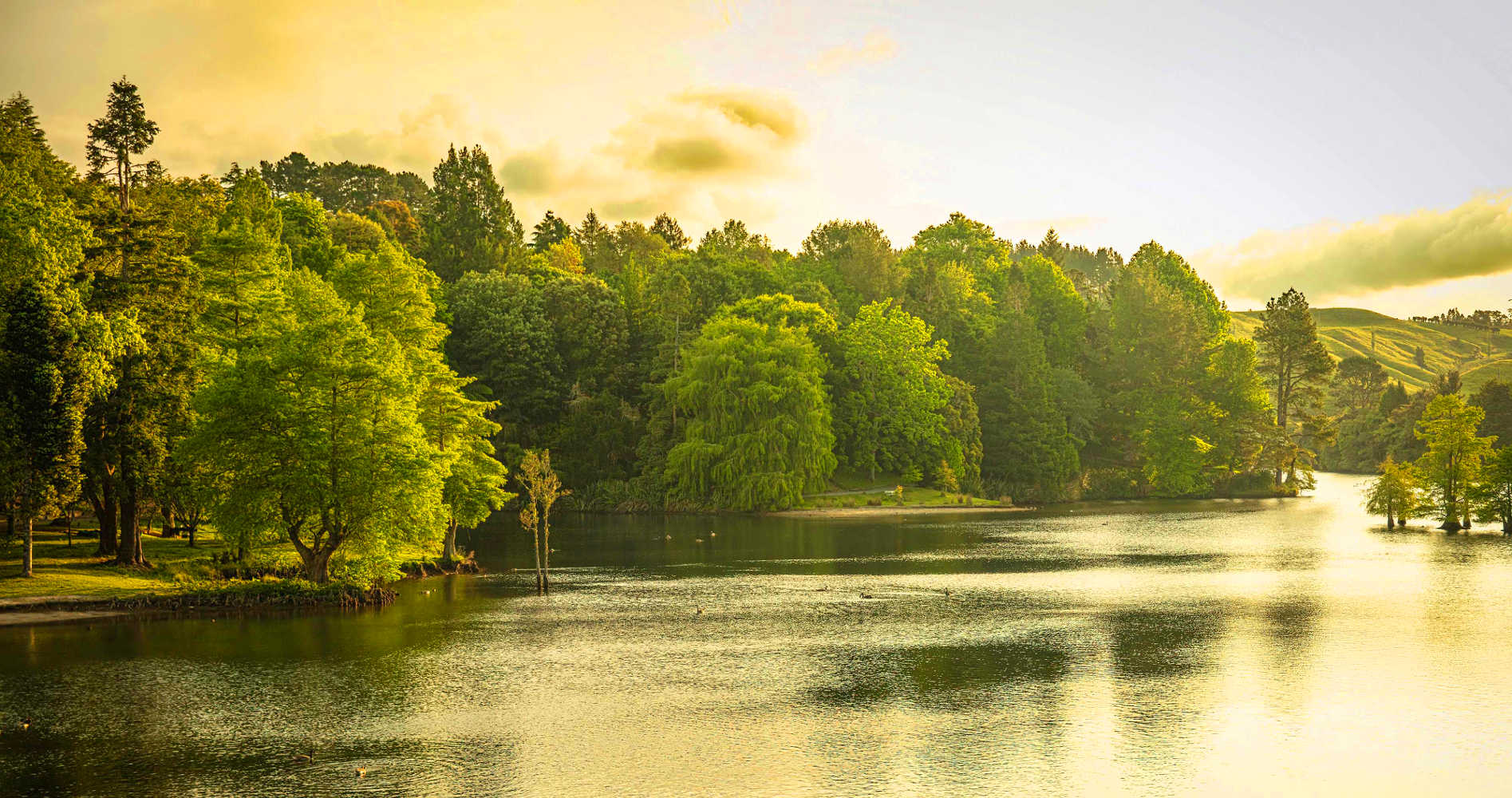 Things to do in Tauranga, Mt Maunganui: Attractions, Activities & Places to Visit

What do you think about “The Elms Mission homestead, gardens & Mission cemetery, Tauranga attractions & things to do”?