Discover forgotten military bunkers, forts, memorials and museums. Explore the story of Aotearoa New Zealand at war and peace. Auckland, as one of the largest cities in New Zealand, took its defence seriously. From the 1880’s scare of Russian invasion to World War gun bunkers were viewed as the first line of defence. Often defence installations have stupendously superb views with a panoramic sweep of Auckland’s harbours and waterways. 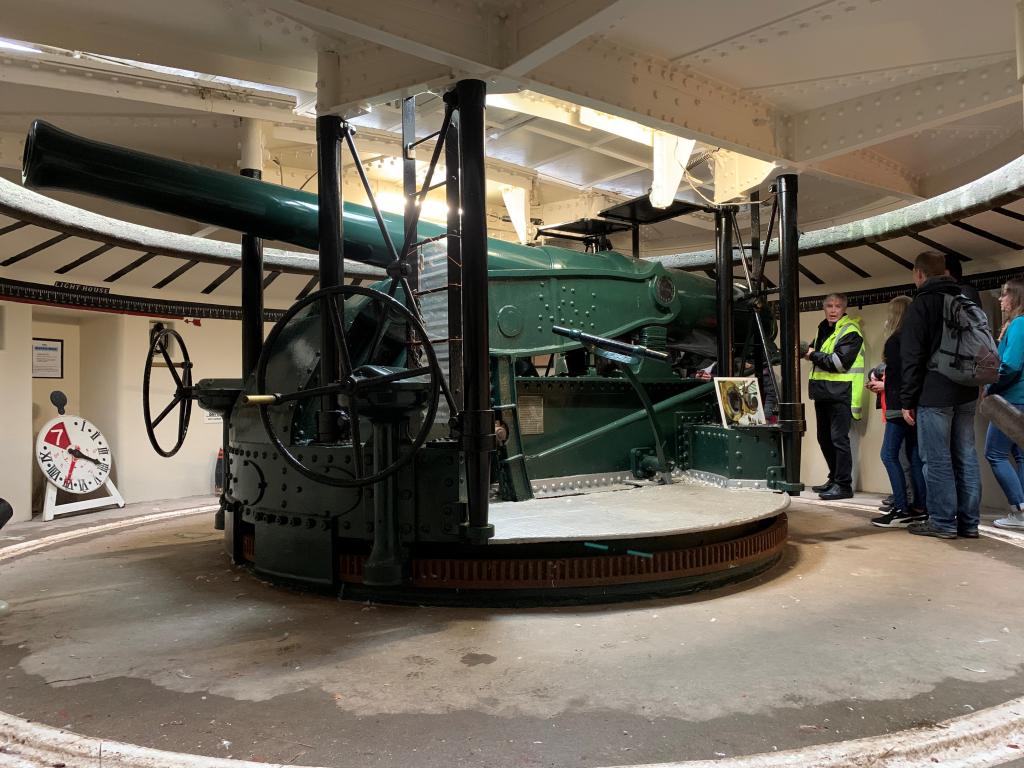 Anglo-Russian rivalry in Afghanistan led to the building of fortifications in remote, faraway New Zealand. Gun emplacements, pill boxes, fire control measures, observation posts and camouflage strategies such as underground facilities and use of native bushes.

An intact and restored disappearing gun can be viewed as part of an Albatross Colony visit on the Otago Peninsula. A secret fort, hidden in underground tunnels lies beneath the Northern Royal Albatross Centre. Fort Taiaroa is a must-go destination for military history lovers. Read more Otago Peninsula – One Day Trip From Dunedin – Best Bits. For history buffs start with wikipedia’s very brief summary Coastal fortifications of New Zealand.

David Luckie, editor of the Daily Southern Cross, jumped on an opportunity to exploit the fear of a Russian invasion with a hoax newspaper headline:

Russian invasion of Auckland by the ironclad cruiser Kaskowiski – ‘cask of whisky’. The story had a date three months in the future and asterisks around the name Kashowiski. The story created panic. Many believed the mayor was a hostage.

A small grassed reserve without much to look at is a heritage site (NZ Land Wars). St Johns Redoubt Historic Reserve, 1863. The fort site is only one of ten that have survived and is protected. It was named St John’s Redoubt, after Captain St John, the commanding officer of the Auckland Rifle Volunteers. The historic site is accessed via a small reserve running between Redoubt Road and Boeing Place. 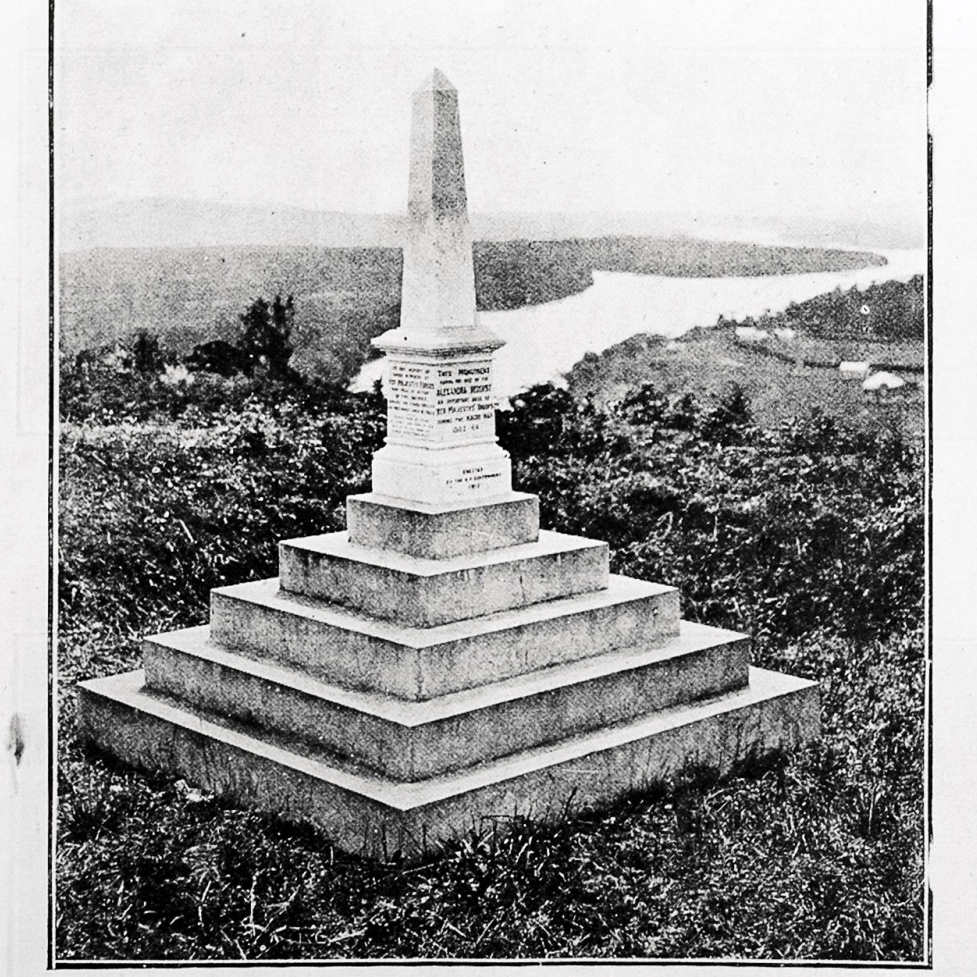 Camerontown Historic Reserve, (landing), 1863. (NZ Land Wars). A British Army supply depot and later a small settlement. The depot on the banks of the Waikato River which was the main transport link. Supplies were taken by steamer from Onehunga to the Waikato Heads, then transported upriver in canoes by Queenite Māori to the intermediate depot at Camerontown, then to the Queen’s Redoubt at Pokéno. It was named after the British commander, Lieutenant General Duncan Cameron. Camerontown was the halfway point in this supply chain. Named after Lieutenant-General Cameron, this army depot was situated a few kilometres downstream from Alexandra Redoubt. It was protected by pro-government Ngāti Whauroa.

At the centre of the old stockade, which is now a public park in which the stockade’s perimeter earthworks are easily visible, is the Howick War Memorial, which was unveiled on 13 January 1921.

The stockade was built in June 1863 for defence of British settlers against the perceived Maori threat during the New Zealand Land Wars. The site was constructed of loop holed sheets of iron surmounting a ditch and bank, and enclosed barracks for regular troops. The local militia, British Army 70th Regiment and Bavarian mercenaries from Puhoi, camped at the stockade.

At one point there were two hundred troops stationed. Women and children slept here at night for several weeks in 1863 when there was fear of attack during the Land Wars. Howick’s first resident vicar, Church of England clergyman Reverend Vicesimus Lush wrote of this in his personal diary.

During the past week we have been in continual alarms and the talk everywhere and with everyone has been about stockades and redoubts and guns and rifles and cavalry and militia: there is, I am sorry to say, a desire on the part of many Europeans to force on a war with the natives, knowing that ultimately the latter must be exterminated and that therefore the quicker will the whole country be opened up for occupation by Europeans.

Bavarian mercenaries stationed here in 1863 erected a Christmas tree, believed to be the first in New Zealand, and sang carols. 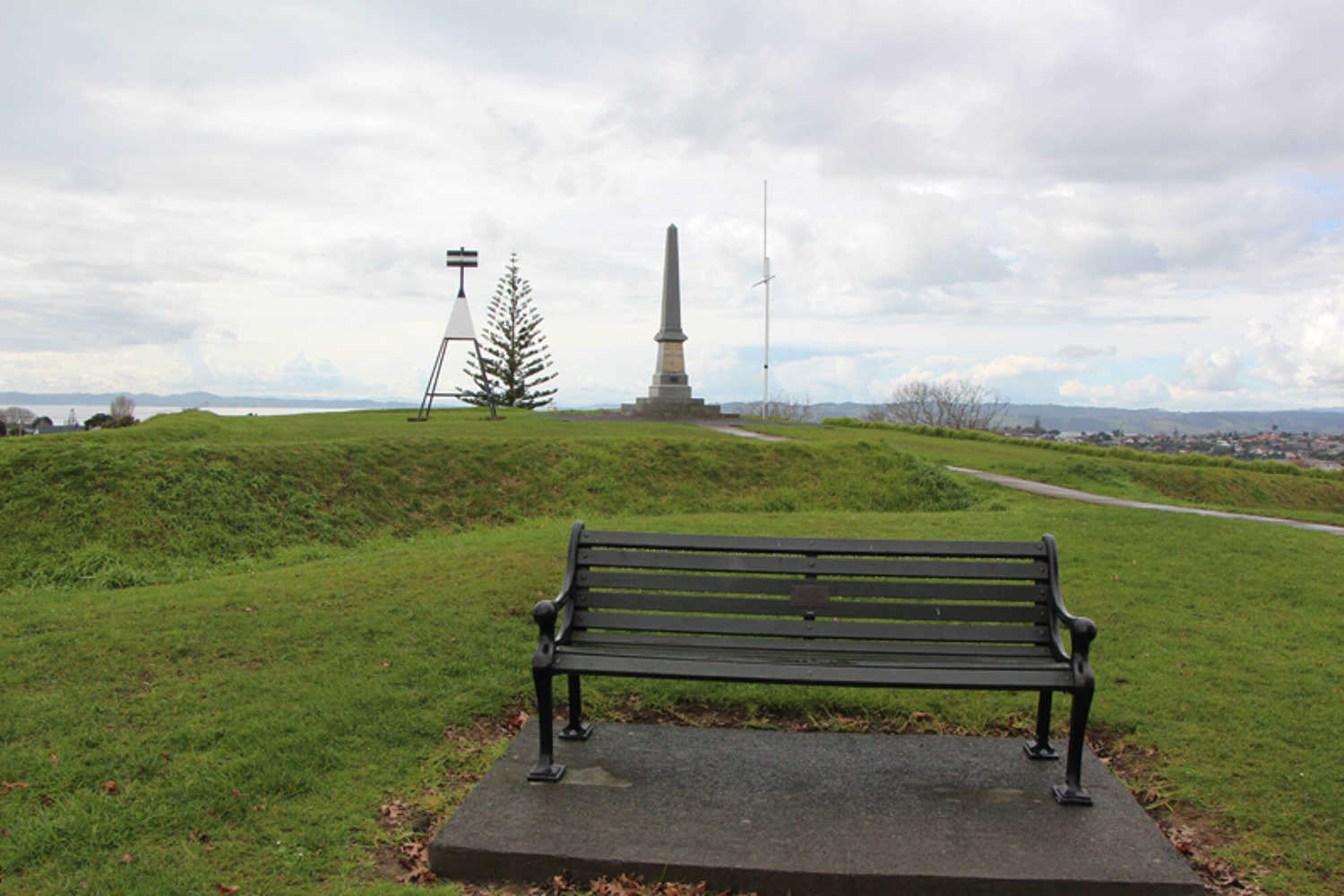 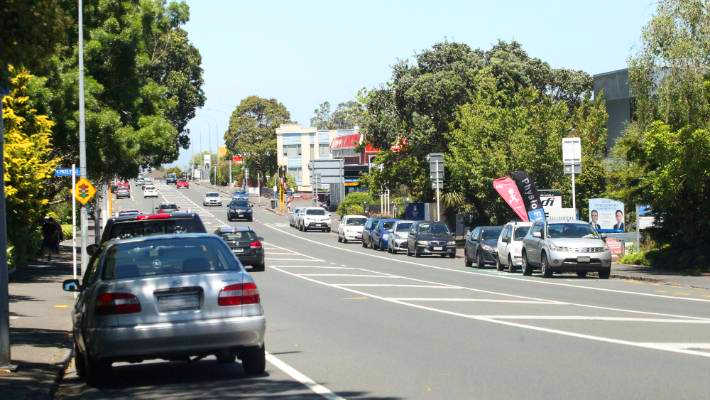 The road was originally a military campaign transport route. Construction of the Great South Road began in 1861 under the order of Governor Grey to improve supply lines into the Waikato and Taranaki districts. Today is a major transport link for suburbs of Epsom, Greenlane, Ellerslie, Penrose and Mt Wellington.

Intact fencible homes and blockhouses are preserved and open to the public occasionally. The original blockhouse (1860) was, for a number of years, the Onehunga Mayor’s local council offices. The replica fencible cottage is furnished in the period circa 1847 and the 1856 original manse for the Congregational Church.; The first minister was Rev. Richard Laishley, hence the house is called Laishley House. 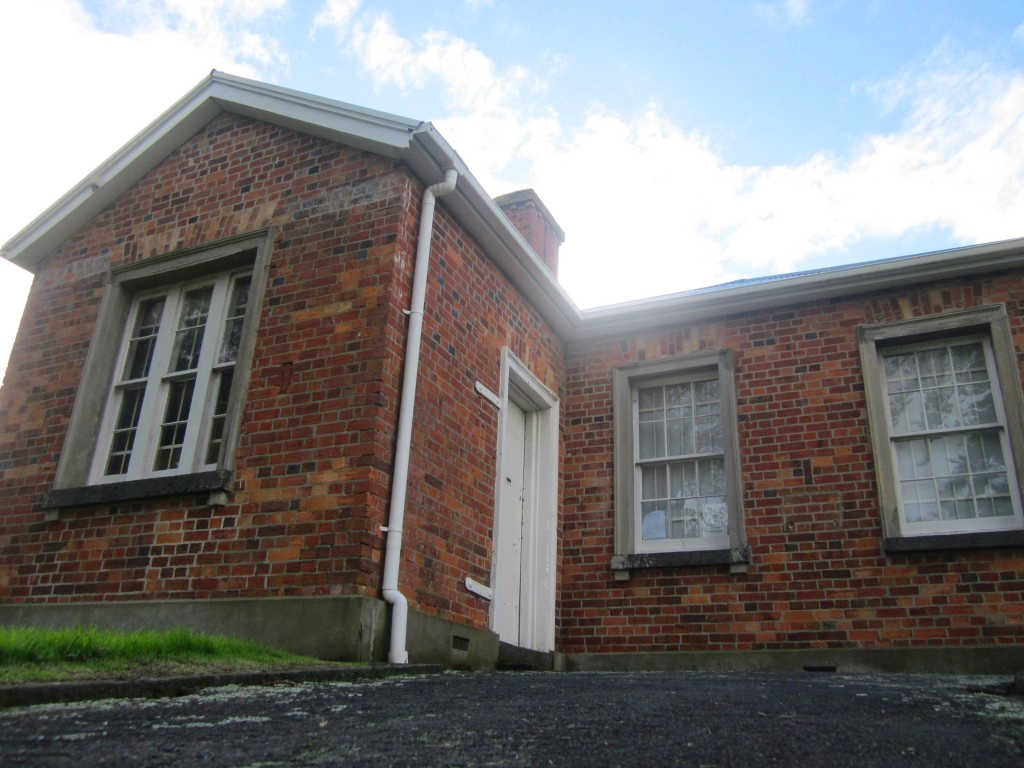 Motutapu has  a complex of bunkers, tunnels, and observation posts stands abandoned, left over from the 1940s and preparations for an invasion that never came. Today, many concrete structures remain nestled among the island’s national park and farm land. There are anti-aircraft gun emplacements, lookouts, communications and radar, and sleeping quarters. Dug into hills, some are signposted and indicated on maps, while others require a keen eye and adventure to find.

The Department of Conservation and the Motutapu Restoration Trust oversee a network of archaeological sites that date back to before an eruption that blanketed the island in ash 600 years ago. The Auckland to Motutapu ferry wharf is Home Bay where clearly signposted paths to fortifications begin. There are campsites which can be booked through Department of Conservation.

A must go attraction for history fans and lovers of military history / military tunnels is Stony Batter on Waiheke Island. Discover where World War II guns were positioned. There is a series of impressive underground tunnels built as potential defence against Japanese bombing of New Zealand. (never happened). The tunnels can be closed due to safety hence the best way to savour the moment is join a tour. Waiheke Island Stony Batter tours FORT STONY BATTER TUNNELS. 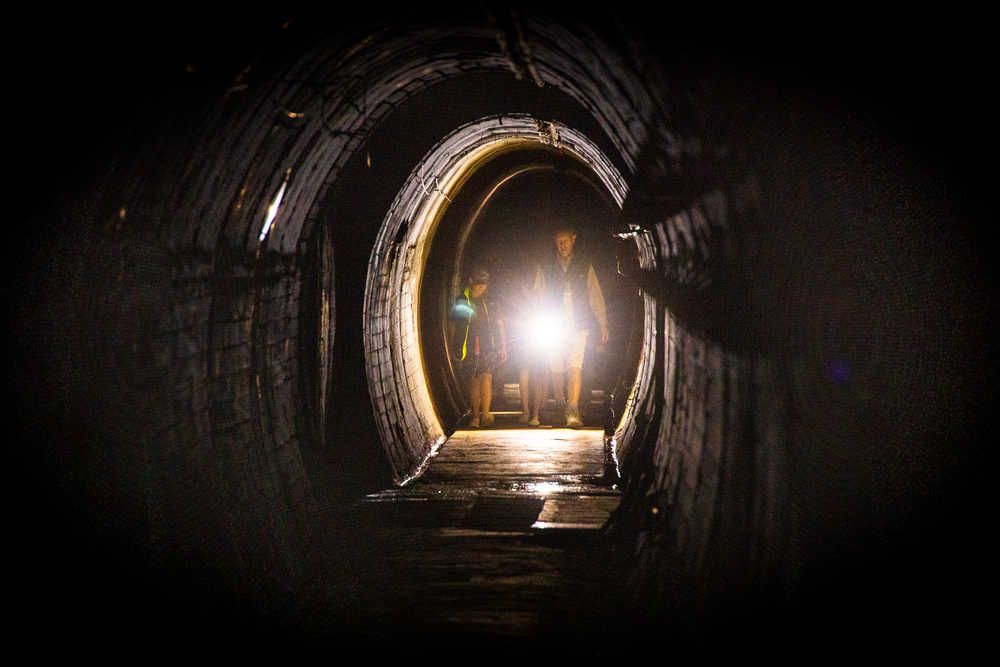 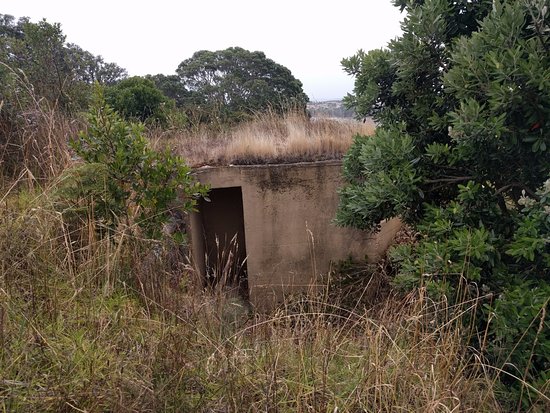 Of 11 machine gun emplacements (pillboxes) built at Whangaparāoa in early 1942, there are only four remaining, and only two are easy to find. One, codenamed Milo, is on the heritage trail, while the other, code named Podges, is beside the Army Bay boat ramp. The anti-tank ditch is the only substantially intact example of this type of defence remaining in the region. When built, it extended between Army and Okoromai bays, but it now looks like a large water-filled ditch that runs along the end of the wetland.

Aim: To preserve the history of the forts by assisting DOC to restore and maintain the historic sites at North Head and Fort Takapuna (Fort Cautley) as significant tourist attractions and areas of public interest.

North Head has commanding views over the Hauraki Gulf and inner harbour which has made it an important lookout and defence site for centuries. The location is also a historic coastal artillery defensive location covering the entrance to the port of Auckland.

NortThis area has been known by a number of names: Fort Cautley, HMNZS Tamaki, Narrow Neck, and it’s name in Te Reo, O Peretu. The original military title for the area is “Fort Takapuna”, named after the point on which it stands. 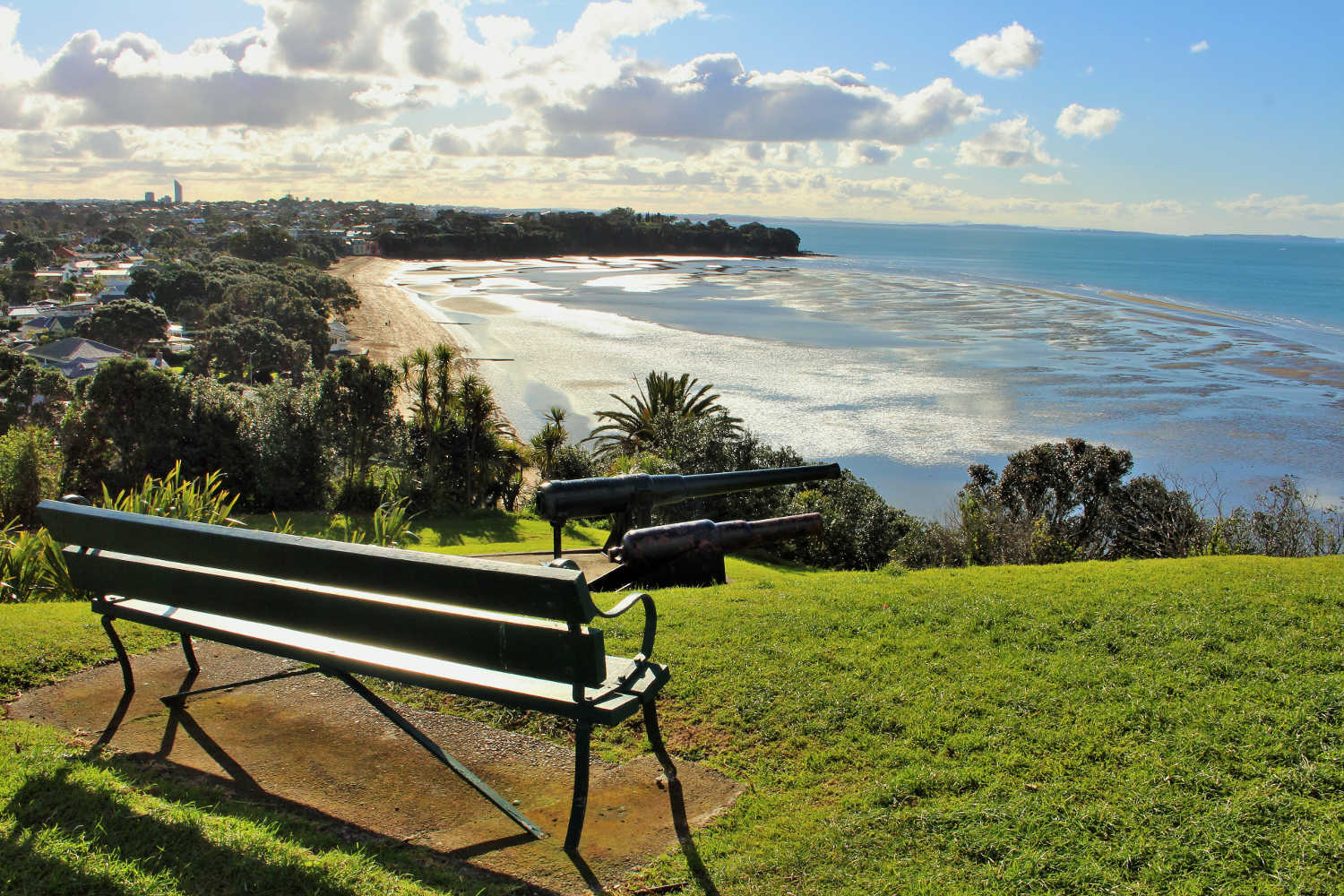 The structures situated on this site form a unique historic complex containing elements from all periods of coastal defence in New Zealand. The old fort was designed by Major Tudor-Boddam of the Royal Artillery and built between 1886 and 1889

h Head is the most significant of all New Zealand’s historical coastal defence sites that remain today. Several buildings of historic significance remain today. They include and are not limited to:

GETTING TO AUCKLAND HISTORICAL SITES

By car, take the Esmond Road exit from the Northern Motorway, right onto Lake Road, left at Old Lake Rd, via Narrow Neck beach to Vauxhall Road, Fort Takapuna is located in the park on your left as you drive up the hill from the beach. If the gate is open enter the driveway and park in the carpark. If closed it is an easy walk. Ferries run regularly between downtown Auckland and Devonport.

Fort Takapuna is a 30 minute walk from Devonport. Follow King Edward Parade along the waterfront, turn left into Church Street and right into Vauxhall Rd. Alternatively, catch the bus to Takapuna via Narrow Neck.

Mount Victoria is the highest of Devonport’s volcanic cones at 87m and was selected for the Observation and Control Post for local coastal defences. 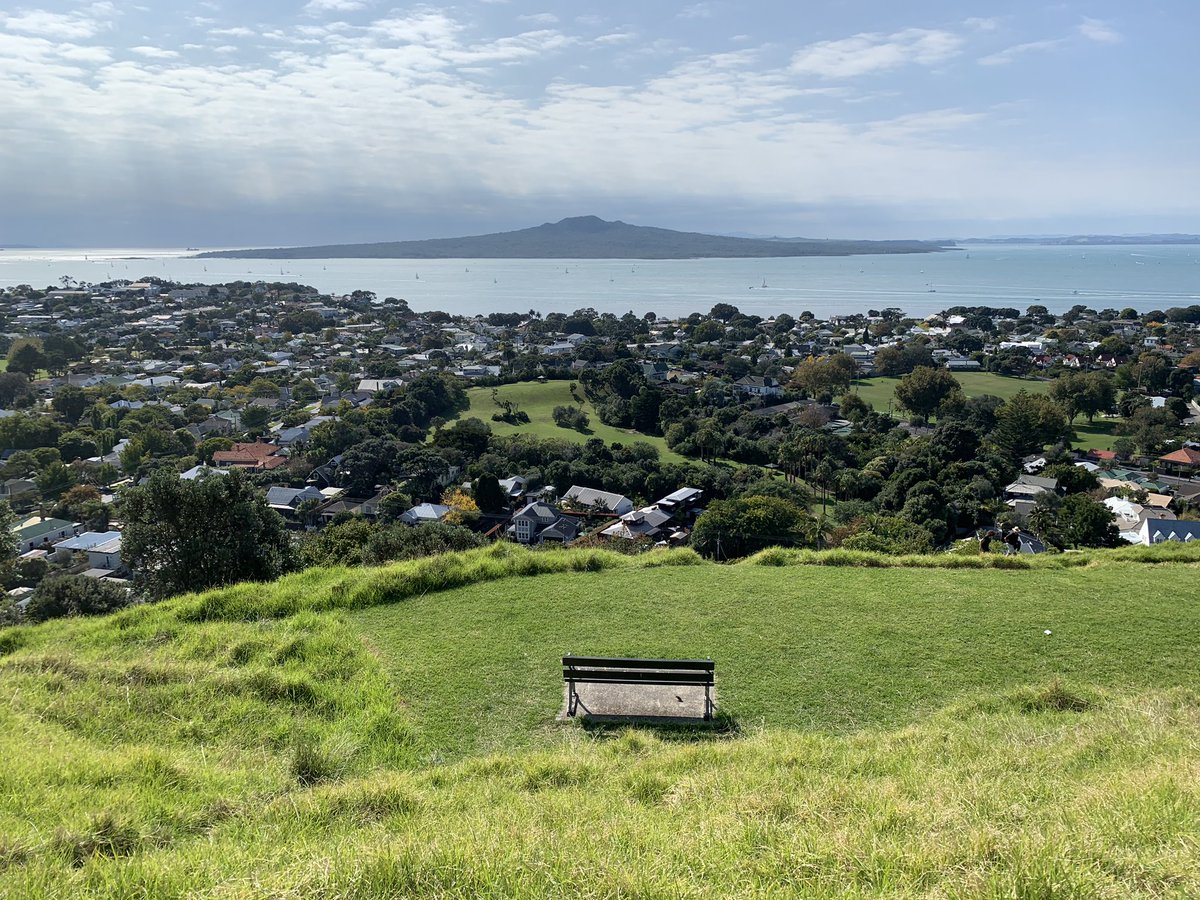 In 1885 four 64 pounder muzzle loading guns from HMS Nelson were emplaced on a terrace on the northern face of Mount Victoria, Takarunga. Railway lines were used to bring the guns up the hill, which was successful in every case but one, which saw one of these 3 tonne guns hurtling back down.

ACDHT is a registered charitable trust formed to preserve the history and assist the Department of Conservation (DOC) and Maunga Authority/Auckland Council to restore and maintain the historic sites at North Head, Mt Victoria, and Fort Takapuna as significant tourist attractions and areas of public interest.

Auckland cemeteries where to go and what to see

Auckland, the odd, unusual and fascinating things to do

What do you think about “Auckland military sites and heritage trails”?