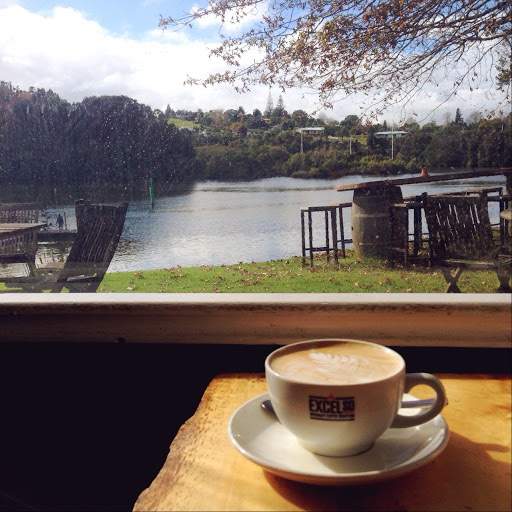 Coffee in the Pear Tree cafe is fun as you are part of the Kemp House garden precinct. The name of the cafe reflects the ancient pear tree still thriving in the original orchard. Perhaps a selfie moment although note there is a strong mesh fence around the ancient pear tree. Try to snag a place outside where you view ducks competing for crumbs, the Kerikeri inlet before you. Over two hundred years ago Chief Hongi Heki launched his southern wars (Musket Wars). Kororipo was the base.

Before your eyes the massive war canoes were launched. During the years of 1821-27, the Kerikeri inlet and Kororipo pā were known as Te Waha o te Riri – The Inlet of War. The bounty of war, slaves and increased territory were his reward. After Hongi’s death, the pa returned to its former function as a seasonal fishing village. By 1835, Kororipo appeared to be unoccupied and was bought by James Kemp, Church Missionary Society in 1838. The land witnessed increased presence of European settlement and the changes in society globalisation brought to Aotearoa NZ. Today the only potential invasion is a coach load of tourists.