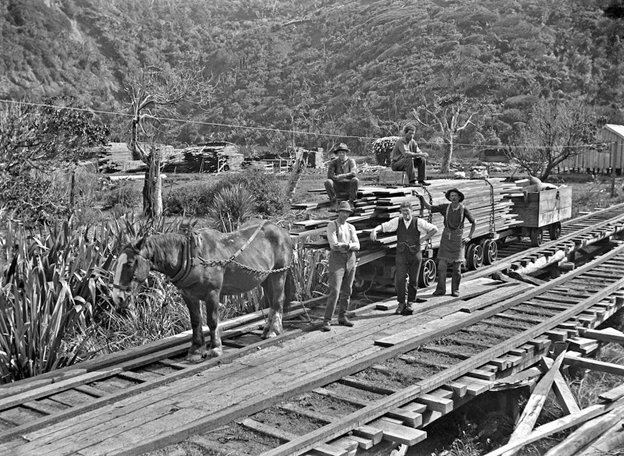 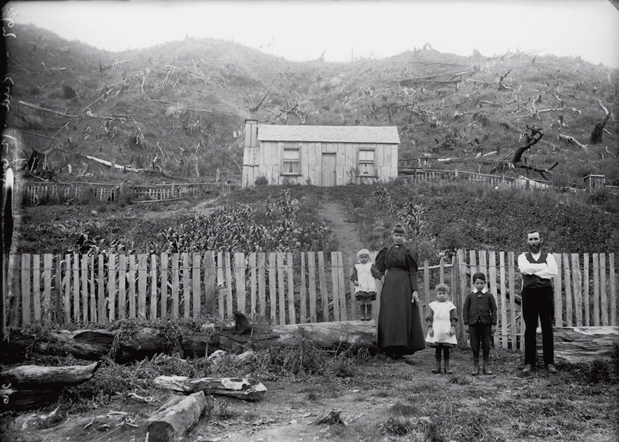 Tangarakau is definitely a ghost town, you need your imagination to visualize the settlement as there is nothing to see today. Originally built as a railway settlement for workers. It is worth the detour to drive down the narrow gravel road to the original railway settlement, now a holiday campground. Keep a lookout for a sign for Raekohua Falls. The area is picturesque, there are walks to the river and the local honey is superb. For kayaking and rafting enthusiastics (with their own gear it is a great opportunity to navigate down New Zealand’s historic Maori water highways.
Railway history of Tangarakau.

A new railway line was ordered by the Government in 1898, from Stratford through Whangamomona, joining up with the Main Trunk at Okahukura near Taumarunui. Work began in 1901 from Stratford and wasn’t to reach Okahukura for 32 years. The line’s progress was hampered by political indifference, World War I and the difficult terrain the construction gangs had to cope with. Using primitive methods of pick axe and shovel and working in sometimes atrocious conditions men set out from Stratford to take as direct a line as possible to the Main Trunk.

Frontier life in New Zealand was a harsh landscape. Dirt roads, shanty towns and hard manual labour created a society that was founded on hard work, where people worked hard and played hard. Could you imagine working 12 hours per day cutting trees down with a saw, or hammering in new railway tracks with a sledgehammer?

Where did they go?

Tangarakau was a thriving town, built for the need to accommodate the workers and equipment needed for the construction of the railway. However, when the railway was commissioned and there was no longer need for workers in the area, the Tangarakau township became a ghost town, almost overnight.

The information above is part of the online Bushlands Holiday Park information pack. The Bushlands Holiday Park is your accommodation overnight option. You will be assured a warm welcome from the owners and managers of the holiday park. The original settler homes have disappeared into the recycling world of improvise and reuse. The large flat area of the current campground was where the settlement’s businesses operated.