What to do and where to go in the South Island

The town of Kumara is a rock star, complete with an enormous Rock to prove the point. Kumara’s location is ideal for the West Coast Wilderness Trail which runs directly through Kumara. There are several magnificent day trips from Kumera from gold mining trails to exploring Lake Brunner and temperate forest trails. Information plaques adorn heritage sites and buildings. Cafes, a historic hotel Theatre Royal and the accommodation providers are great reasons to stop and stay a while longer in Kumara.

There are several short walks accessible from the township including Taylor’s Hill (15 min loop) short steep track offers panoramic, elevated view of both Kumara, the beautiful Taramakau River and surrounding mountain ranges. The Payne Track is an old tram track that meanders through regenerating native bush.

The easy track starts with lush, moss damp forest contrasting with large piles of tailing stones. The large mounds of stones are stark evidence of the destructive force and power of sluicing for gold. It is extraordinary to think the majority of stones were carefully stacked by hand. The weight of each stone is easily over 20 -35 kg.  As you round another tailing and approach a narrow stone tunnel you are struck with the size of the Londonderry Rock. The rock is 8 m in height and estimated to be 3,500 tonnes. It is a glacial relic deposited by the Taramakau Glacier and deposited when the glacier retreated. The rock was dislodged by sluicing around 1880 and fell with a reverberating thud that local stories narrate stopped the local post office clock.  The massive boulder was left where it was found as miners were unable to move or break into smaller pieces. The amount of soil, rocks and stones moved is clearly illustrated by the fact originally the Londonderry Rock was buried. 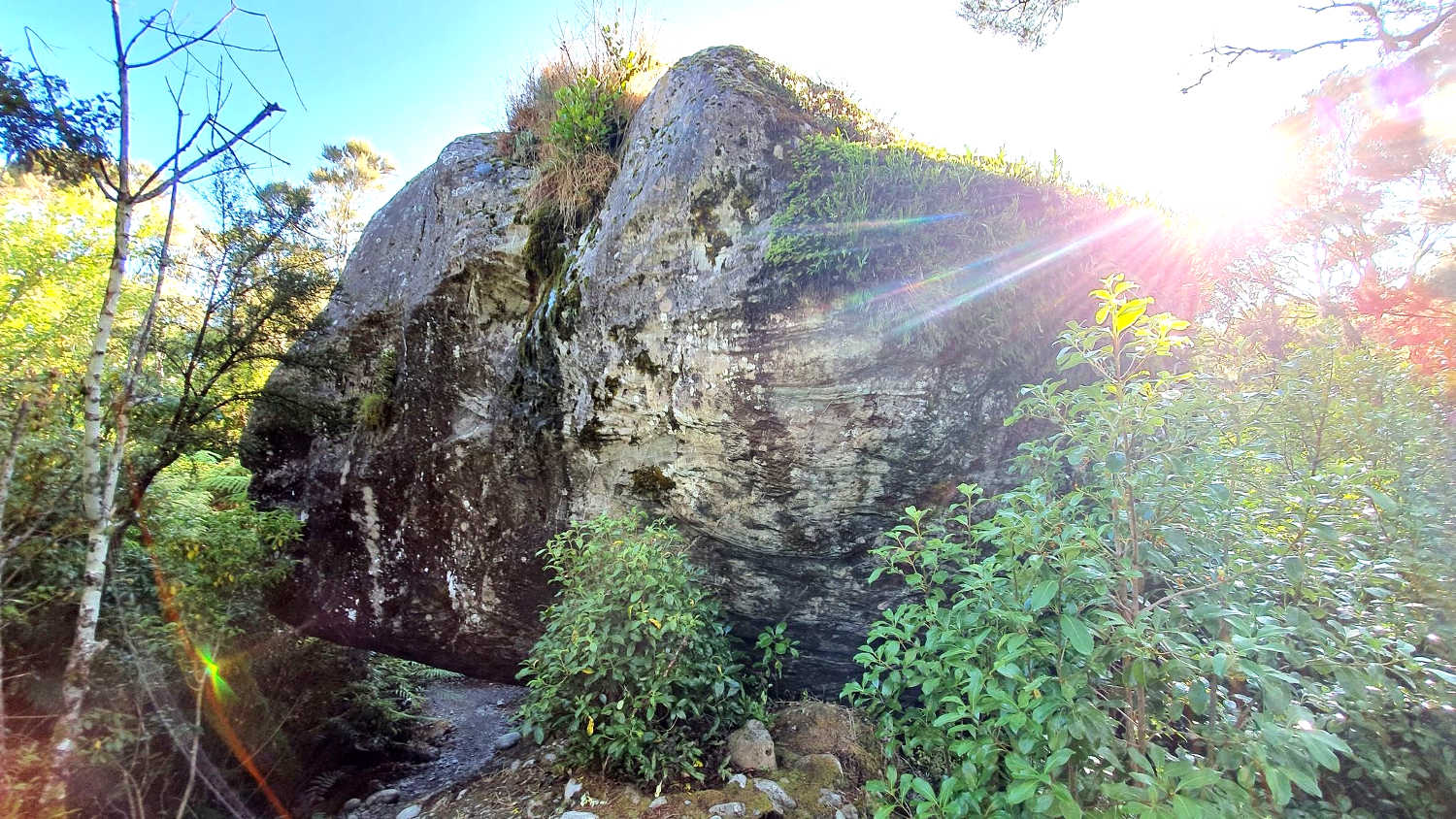 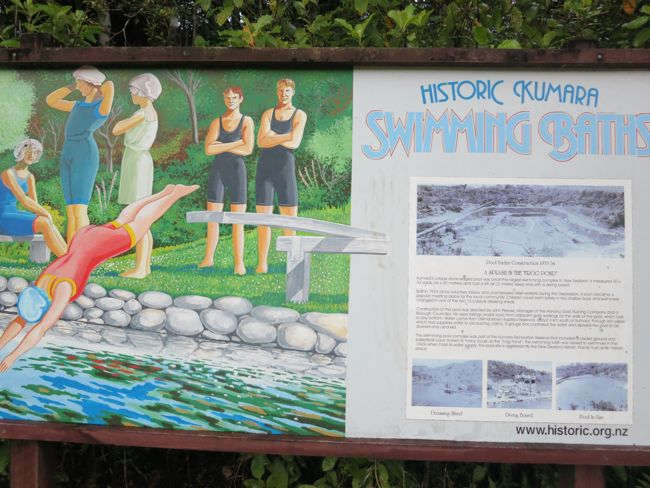 Kumara Cemetery (Greenstone Road) is the story of the inhabitants, of early death, of loss of life due to accidents and perils of nineteenth century lives. The cemetery is atmospheric with Victorian lace iron fencing, broken stone angels and sectioned according to denomination.

The often deserted ocean Kumara Beach (Serpentine) is just 5 minutes drive from Kumara. This is the official starting location of the annual Coast to Coast adventure race.

Picnic at Kapitea Reservoir/Dillman’s Dam (accessible via Stafford Loop Road) and enjoy the quiet. There is a compostable toilet. Self-contained campervans and motorhomes are welcome. Freedom camping is not permitted.

At night check out the glow worms just behind the Theatre Royal Hotel in disused mine shafts. Ask the hotel staff for directions. And remember to look up at the night skies. There are low levels of light pollution. 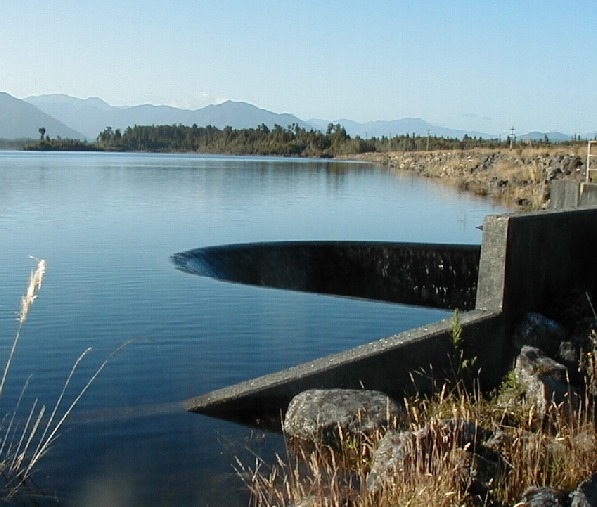 ABOUT THE KUMARA TIMES, The newspaper published in 1876 continued for 40 years. Daily life is documented, providing glimpses of the thoughts and feelings of locals during the tumultuous gold rush era.

WHAT TO DO NEARBY 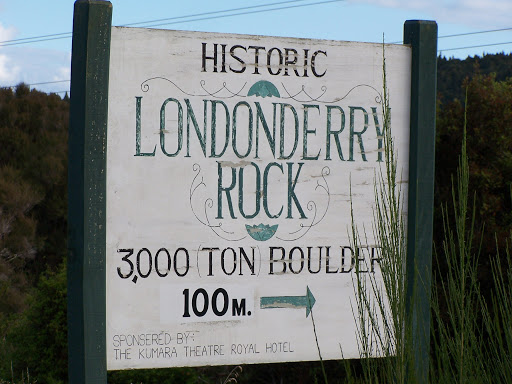 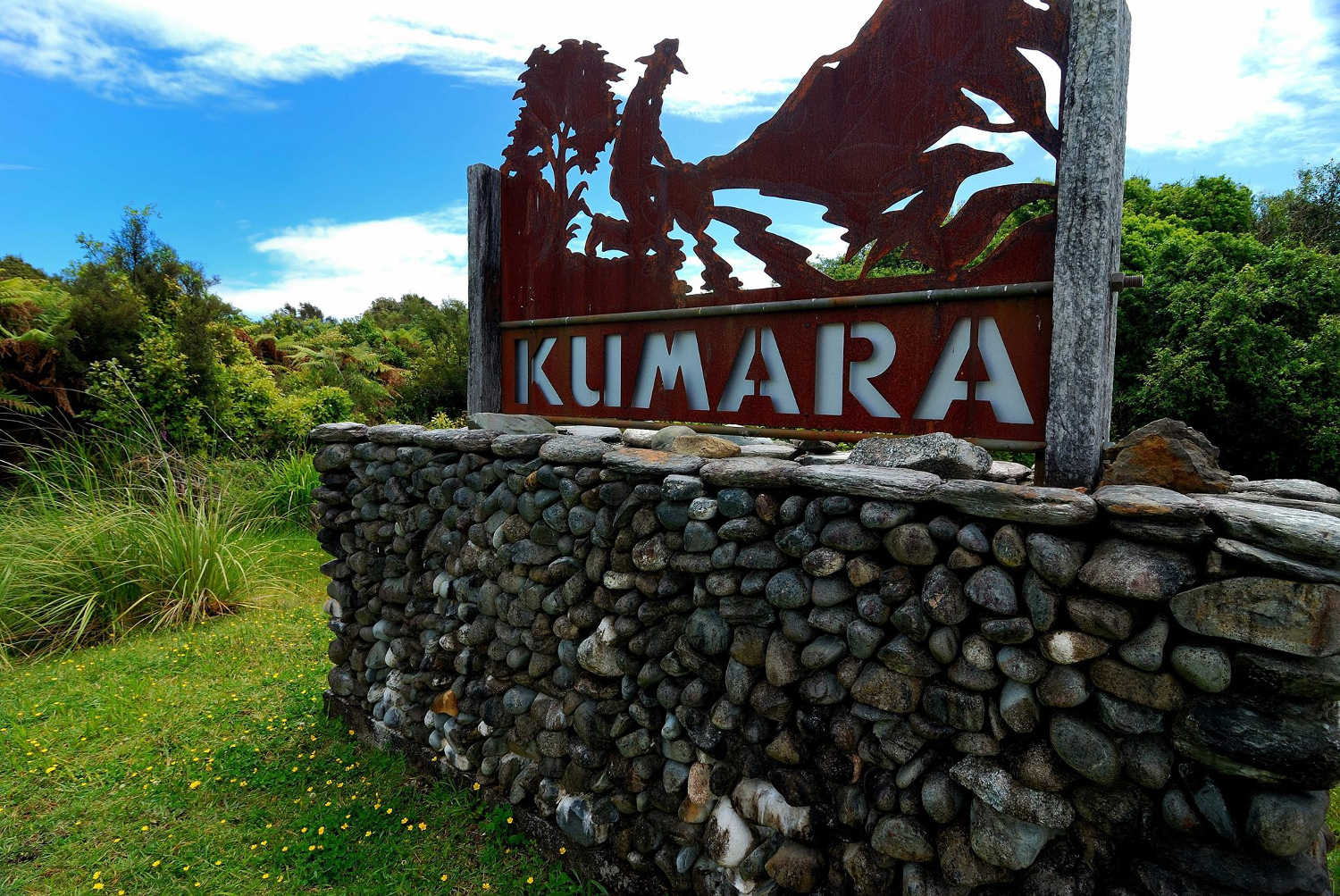 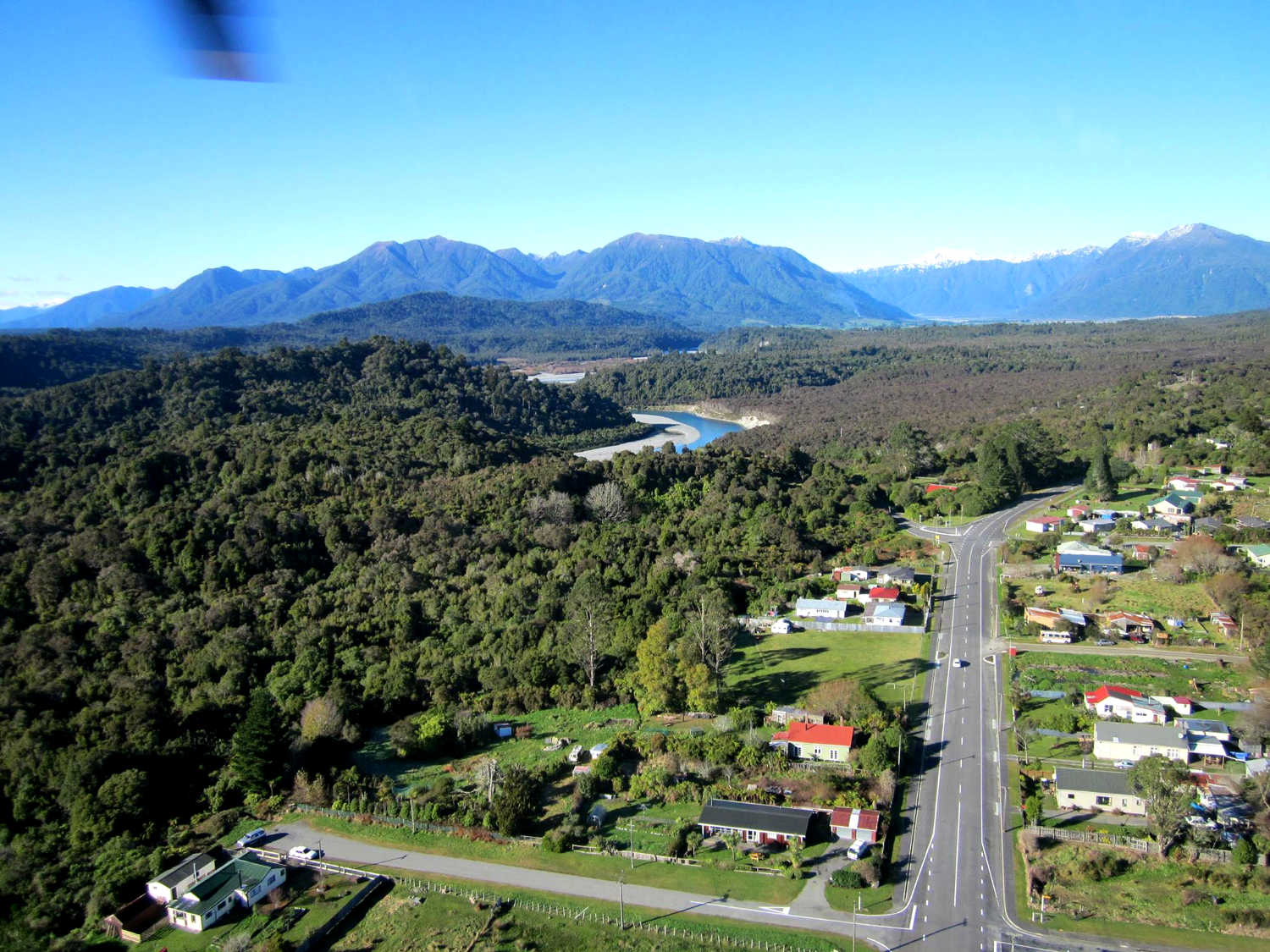 Personality plus accommodation in the heart of Kumara. The West Coast’s only restored gold-rush miners’ hotel offers a variety of accommodation, welcoming restaurant and bar with hearty meals, cosy fireplace and secure bike storage. Hotel rooms include Victorian decor, antique furnishings and modern amenities. The replica Miners Cottages, McEnaneys ensuite cottage rooms and the Old Bank of New Zealand are perfect for cycling couples and groups. 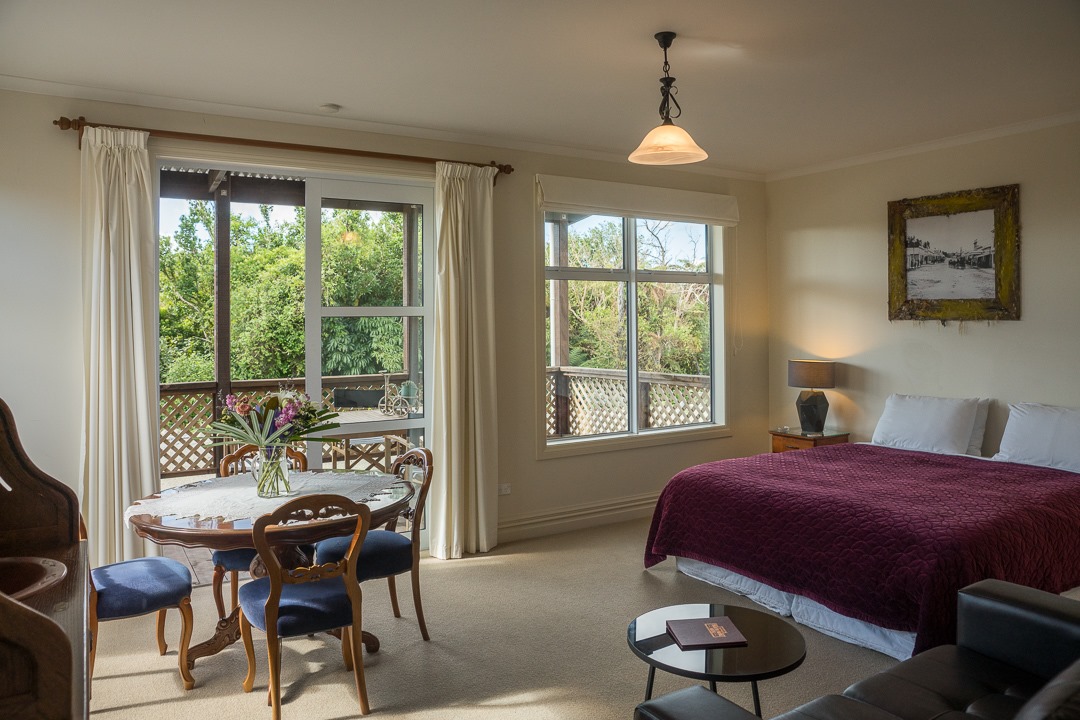 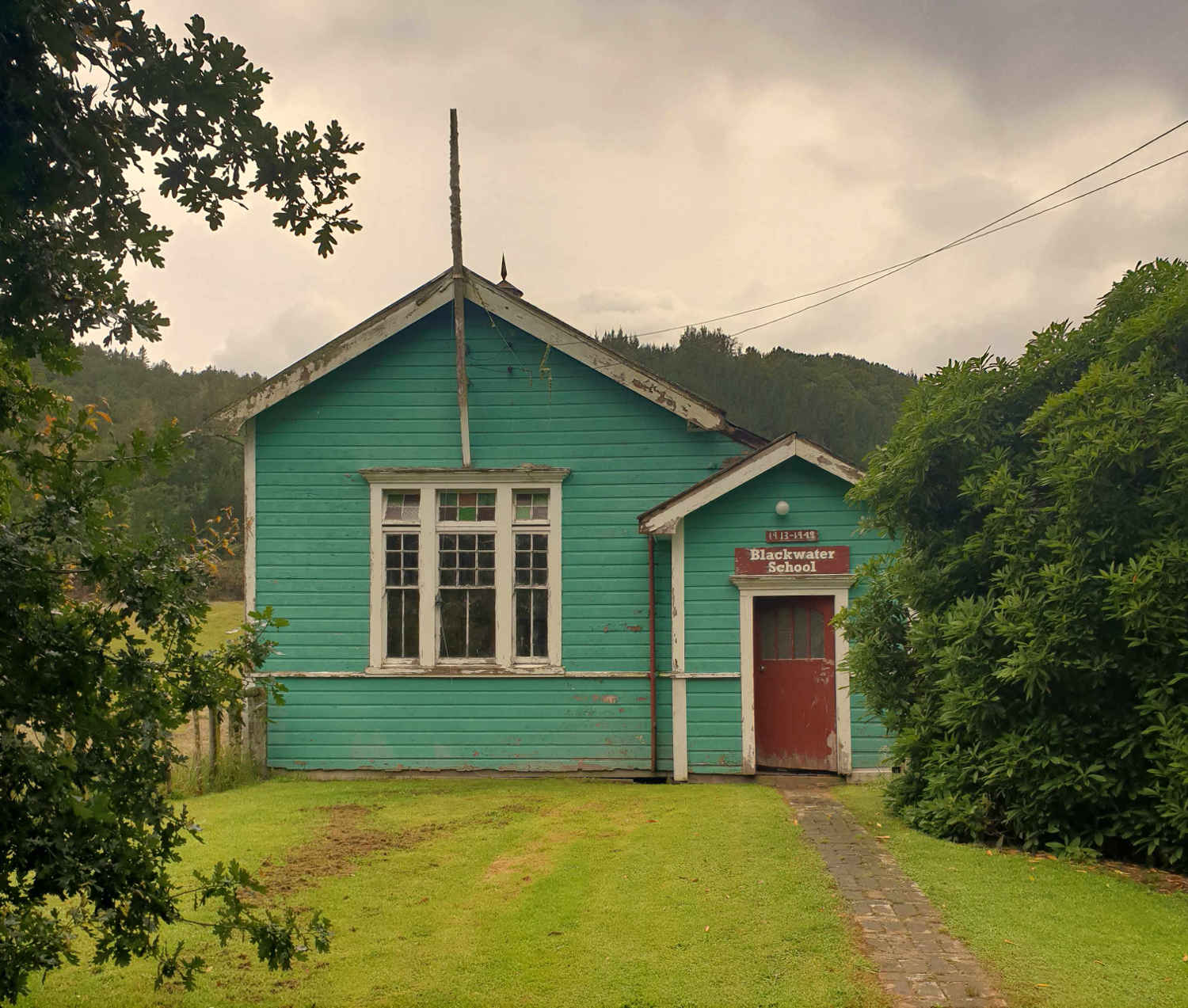 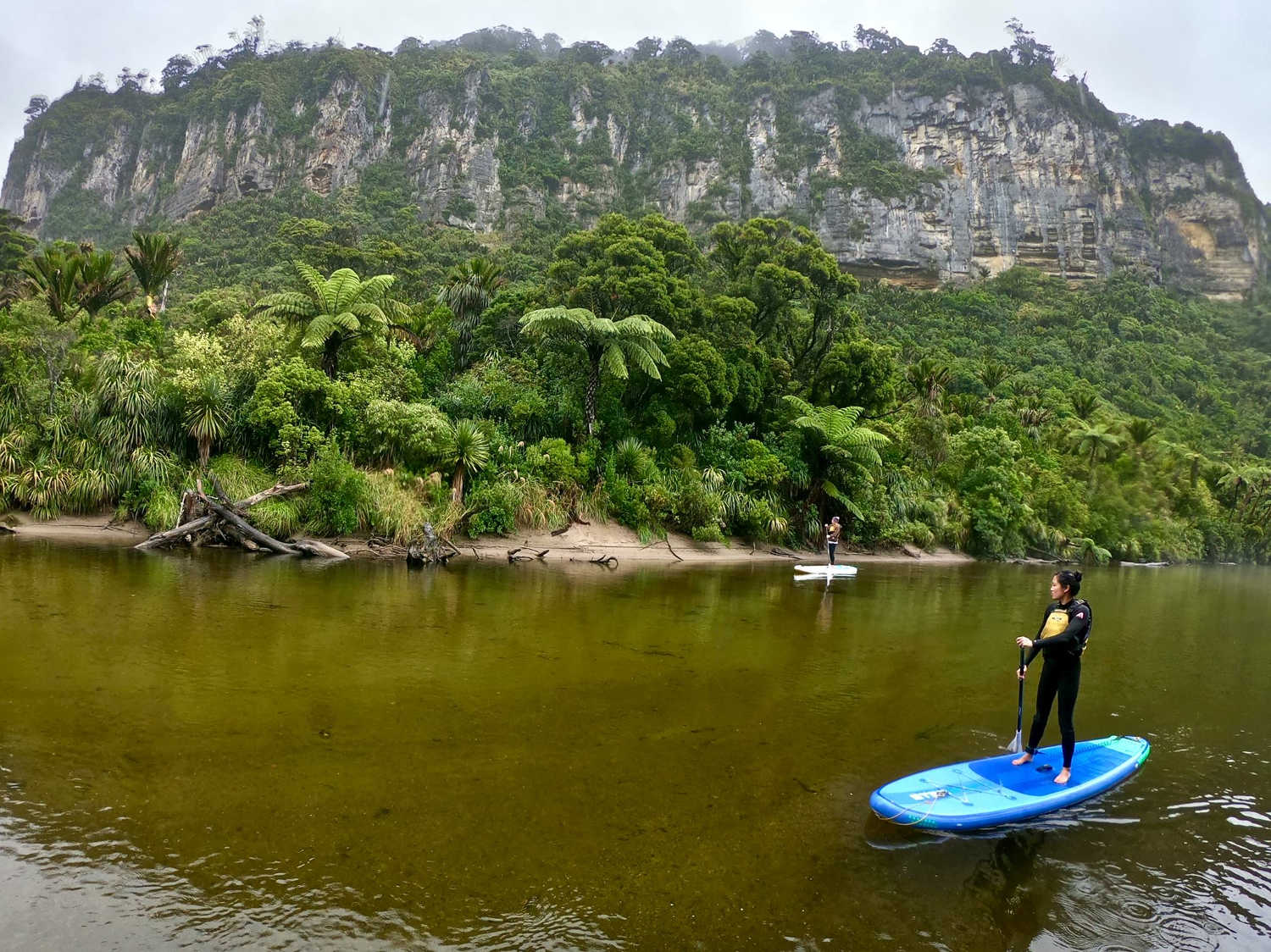