Wellington is arty and has Cuba Street bucket fountains however dig deeper and find the odd, unusual, spooky and fascinating. The colossal squid at Te Papa, an ornate clock in the Old Bank Arcade is fascinating, a cemetery honouring a cat is extraordinary, a spooky cemetery or two and a seriously scary underground attraction, an unusual mini-golf course where fantastical creatures lurk and steampunk vignettes in the attic of the Wellington Museum. 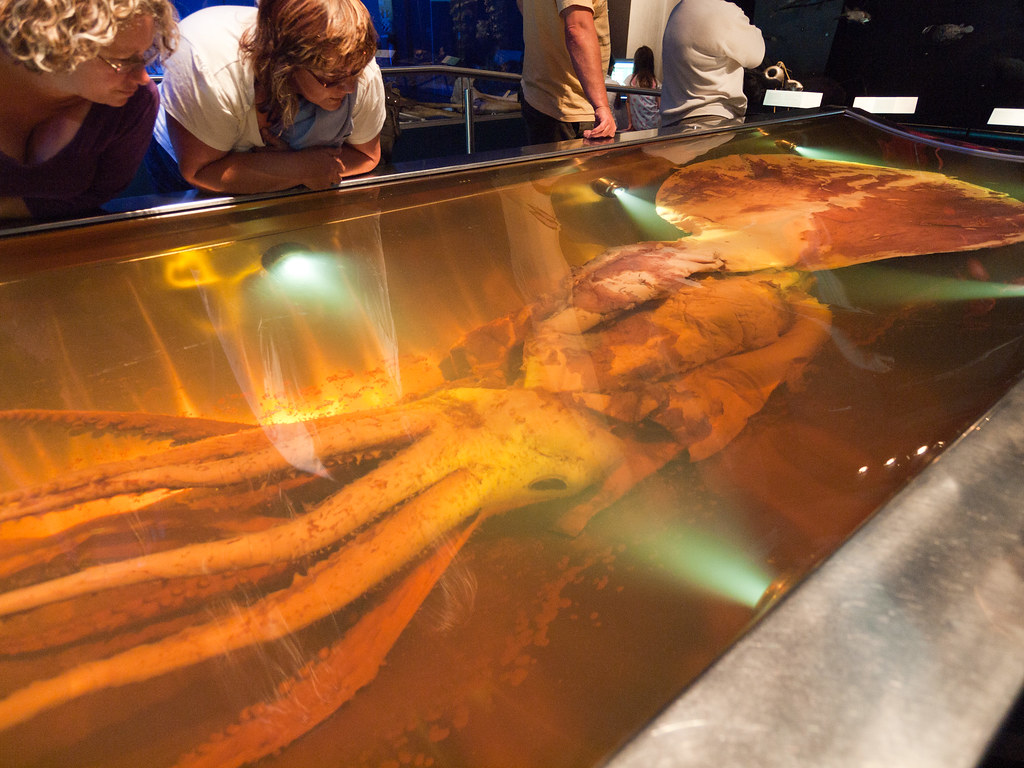 Te Papa, the repository of Aotearoa New Zealand’s heritage and storyteller of everything. The Mountains to Sea exhibition is a stunner with a colossal, truly gigantic squid of 495 kilos. It is the only one of its kind on display in the world. The massive squid was caught in Antarctic waters by the long-line fishing ship San Aspiring (2007). The fishing fleet was featured in a documentary meaning the haul was filmed as it slithered its way onboard.

The glitzy, chic shopping arcade is home to international labels, discerning jewellers with price tags to match and a mechanical musical clock. The exquisitely crafted clock is suspended in the Banking Chamber. Enjoy the intricate detailing as the hour nears as a series of vignettes are displayed narrating the story of the Arcade from its origins to the time it was the home of the Bank of New Zealand 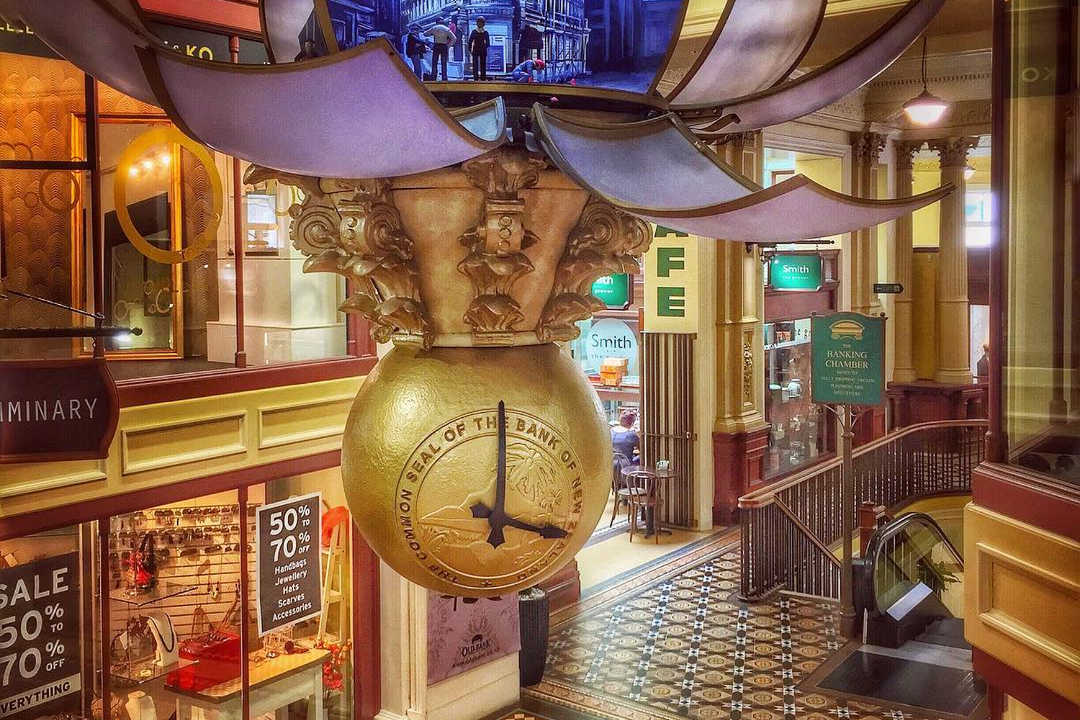 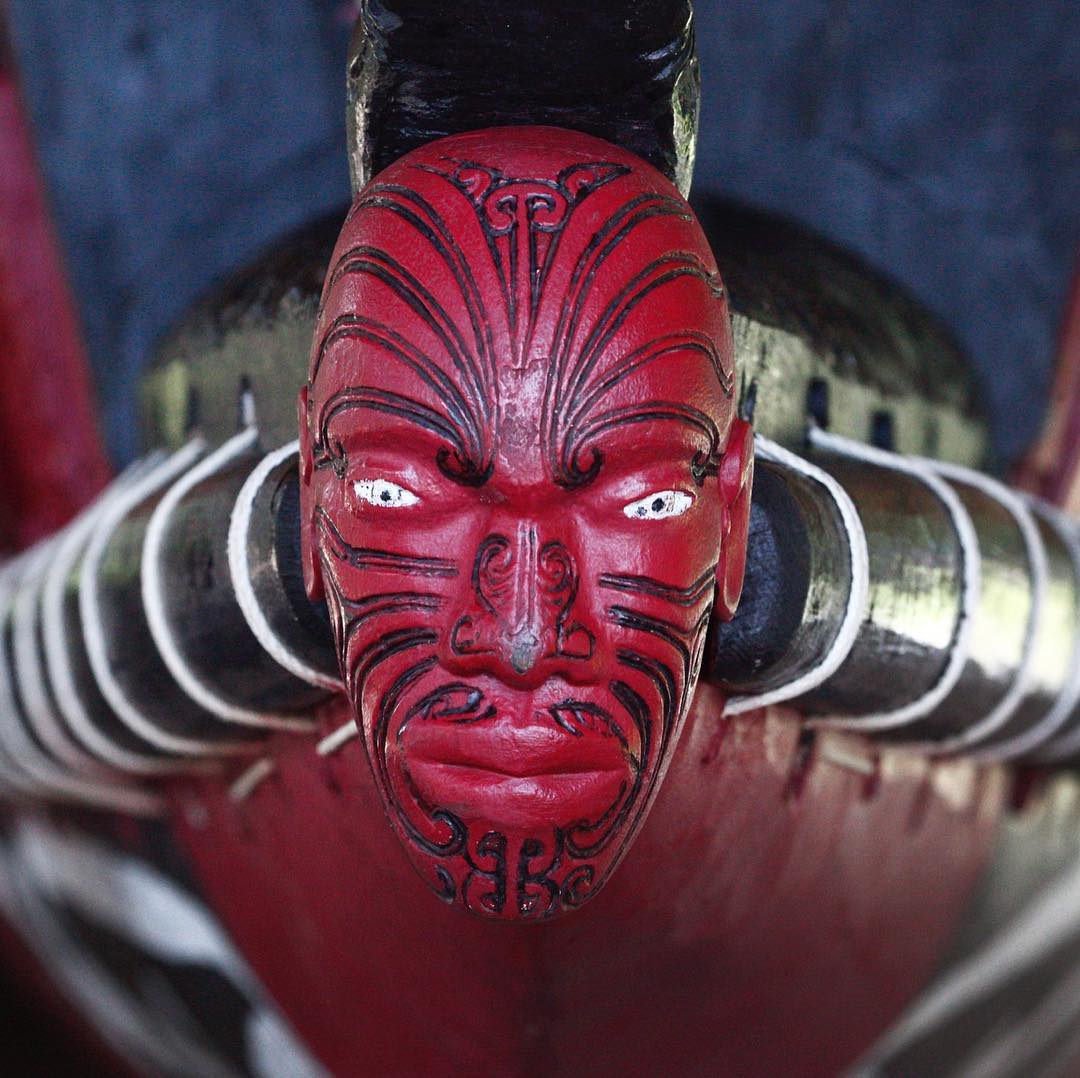 Find a building painted with dragons and you’ve arrived at the National Tattoo Museum or Underground Arts Tattoo Studio. The boutique collection displays tattoo art, tattoo tools and artefacts from the Pacific, Asia and New Zealand with a focus on Ta Moko (Maori tattoo practices). There is tribute to the traditional tribal tattoo used to identify high ranking tribal chiefs (pre-European). You will learn about the messaging and identification that tattoos carry on the skin of its adherents.

Discover a monument dedicated to a cat. Mrs Chippy was onboard Ernest Shackleton’s ill-fated Endurance voyage to Antarctica. Trapped in ice with rations running low, Shackleton ordered the cat and the expedition’s sled dogs to be shot.  Harry McNish, the ship’s carpenter and owner of Mrs Chippy, was deeply upset and never forgot that Shackleton shot his companion. The New Zealand Antarctic Society added a bronze statue of the kitty to McNish’s grave, at the Karori Cemetery (2004). Uncover Wellington’s wartime history. The evocative site is slightly spooky as you realise the large concrete bunkers, the underground tunnels were the result of wartime fears of invasion. The Japanese military had succeeded in bombing Darwin and had occupied Indonesia. There is an incredible network of tunnels to protect military personnel from aerial attack and the restoration of the wireless room, the replica guns and the sense of fear of invasion that led to its construction is very evident. The guns were only test fired and left to deteriorate at the end of World War II.

The guns were sold as scrap metal in the early 1960’s. The willing buyer is a Japanese consortium dealing in scrap metal.

The Wrights Hill Fortress is a massive tribute to the volunteers who maintain the site. Check with the trust on opening days and accessibility beforehand to avoid disappointment. Naturally impressive views of Wellington as it is a defensive bunker and there are well signposted walks around the fortress.

The location was the scene for ‘Sounds of the Mines of Moria’, The Lord of the Rings trilogy films. 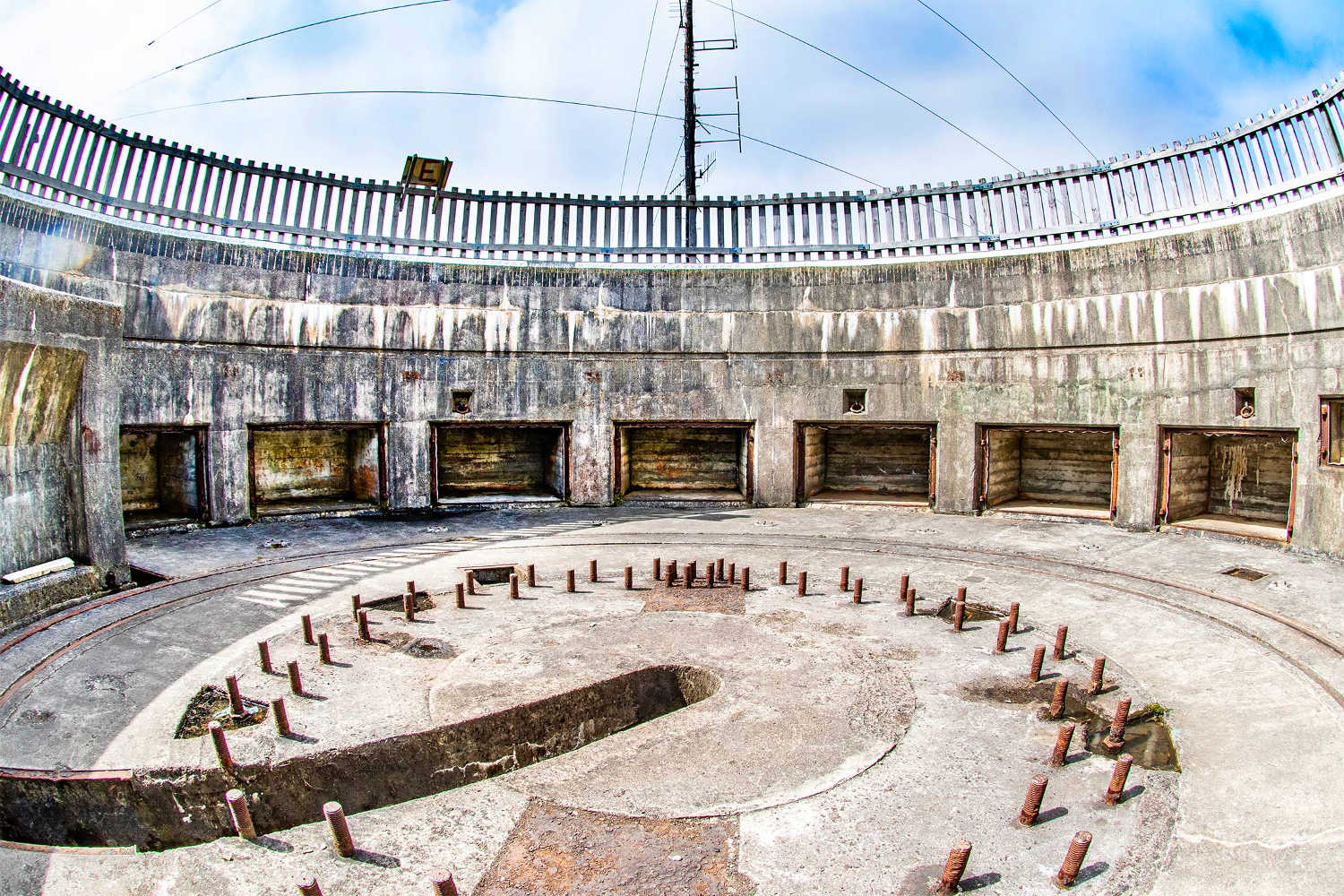 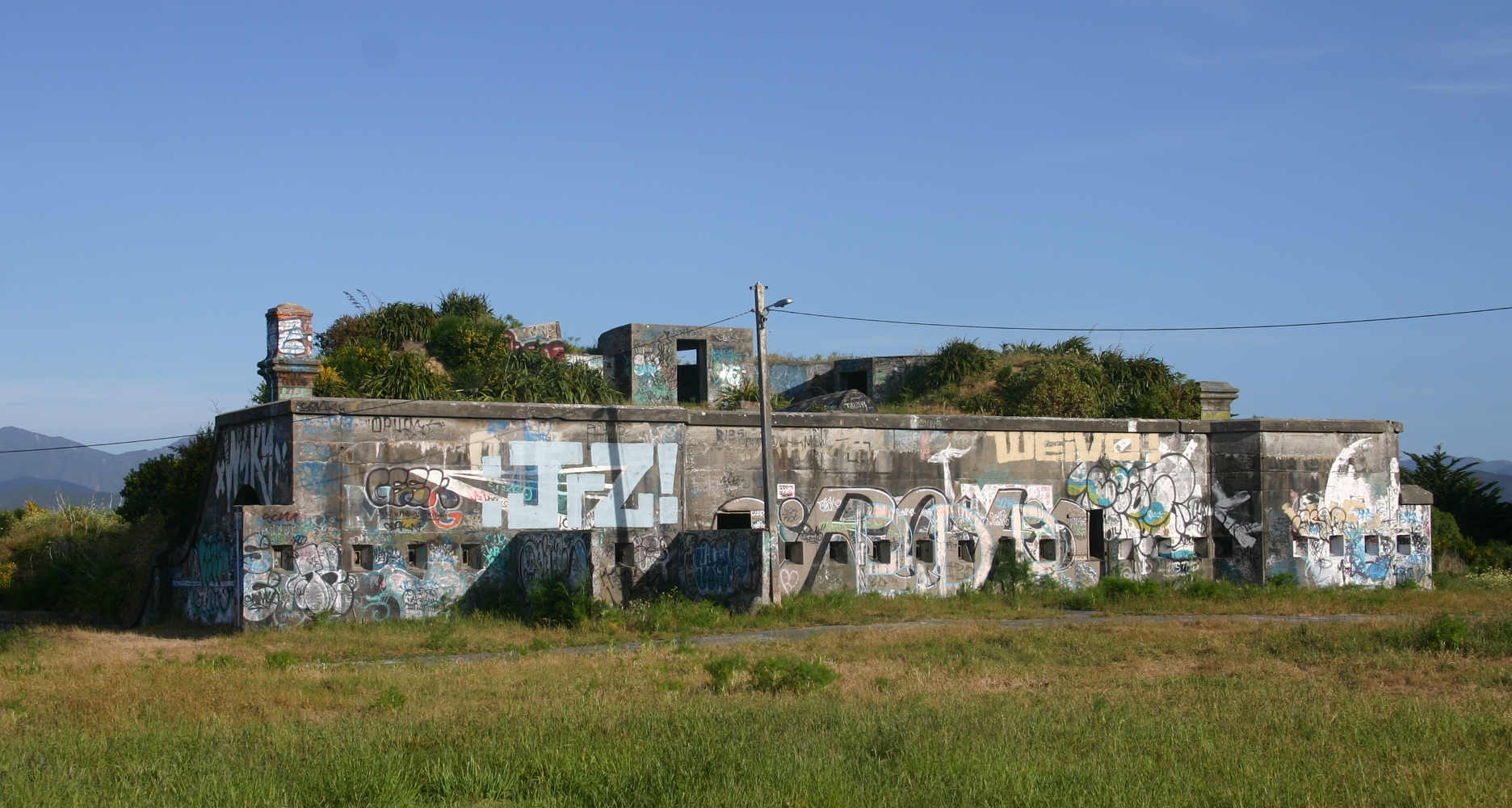 The Russia scare (1880’s)  resulted in the construction of Fort Ballance, an abandoned concrete bunker on the Miramar Peninsula. Today an outdoor canvas for graffiti art. Ballance is an excellent example of New Zealand cement buildings from the 1880’s. Although a category I heritage rating the exterior of the bunkers is festooned with graffiti art. It has an abandoned, unloved feel as it a perfect location for its views of the harbour, evocative abandoned buildings photos.

TIME CINEMA – FASCINATING GLIMPSE OF THE PAST

The Time Cinema is an ode to the heyday of classic cinema when you dressed in your finest and stood up to honour the Queen and country before the film started. The underrated gem is a private movie theatre and museum. The labour of love is supported by club members and visitors who attend a showing. The theatre seats 40 people and screens classic films from the 1940s, ’50s and ’60s. The impressive collection of film memorabilia makes this a must-do destination for cultural buffs. Just get your finest vintage clothing out and dusted to feel the part. Check online for opening hours to avoid disappointment before turning up. 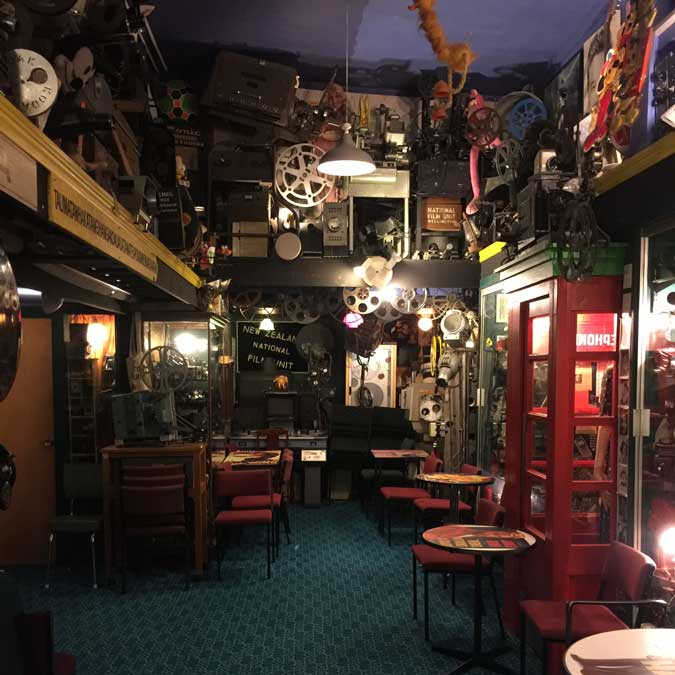 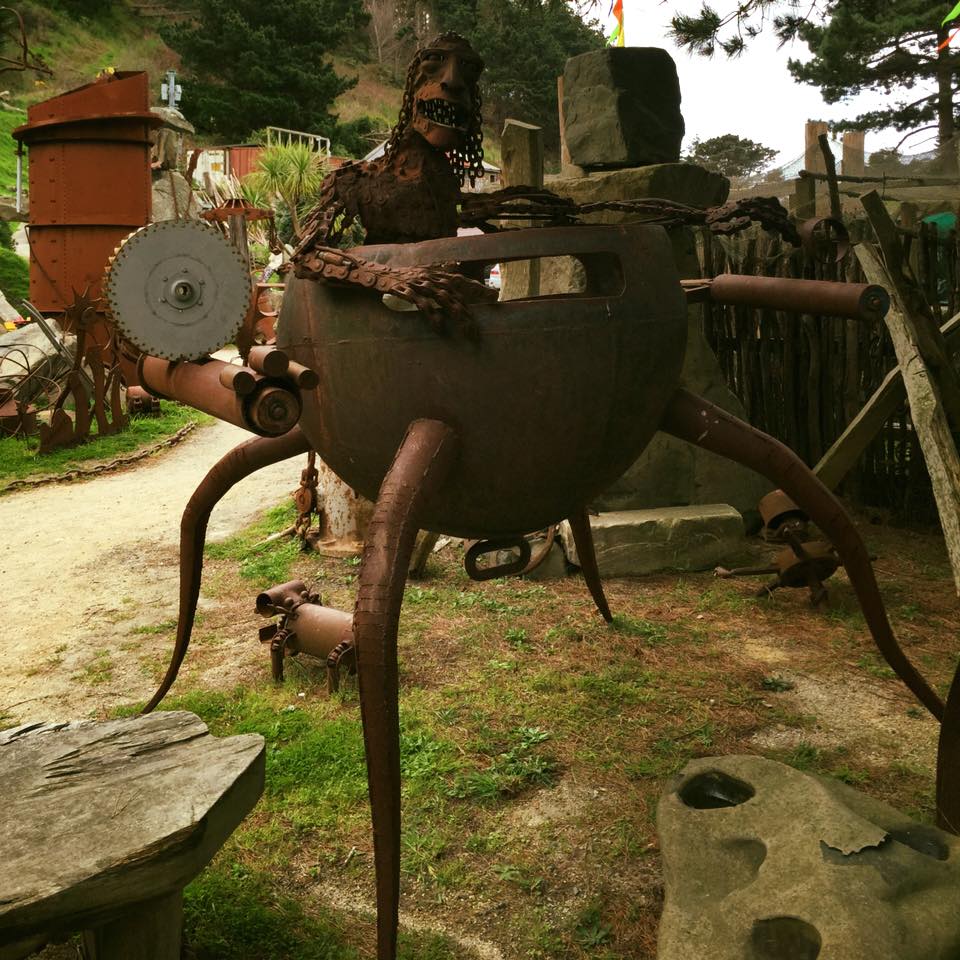 Spend the day at Carlucci Land. Artist Carl Gifford found inspiration creating giant metallic spiders, snakes, fantastical creatures and tiny kiwis all from recycled materials. Then the finishing touches a mini golf course where creatures are part and parcel of the game. Mini golf meets rustic, one of a kind artistic humour. The quirky 18 hole golf attraction is a very cool junkyard theme. It is truly exceptional and mini golf will never be the same again.

Adrenaline laced screams as you venture deep into the world of the fictional lost vessel the HMS Wayfarer and meet a nautical themed nightmare. Enjoy watching the chicken counter tick out of people who yelled ‘I chicken out’ and exited early. The mysterious, spooky entertainment is definitely one for groups and couples so that you have someone to hold on tightly. The FEAR FACTORY is a must go attraction for visitors seeking thrills. 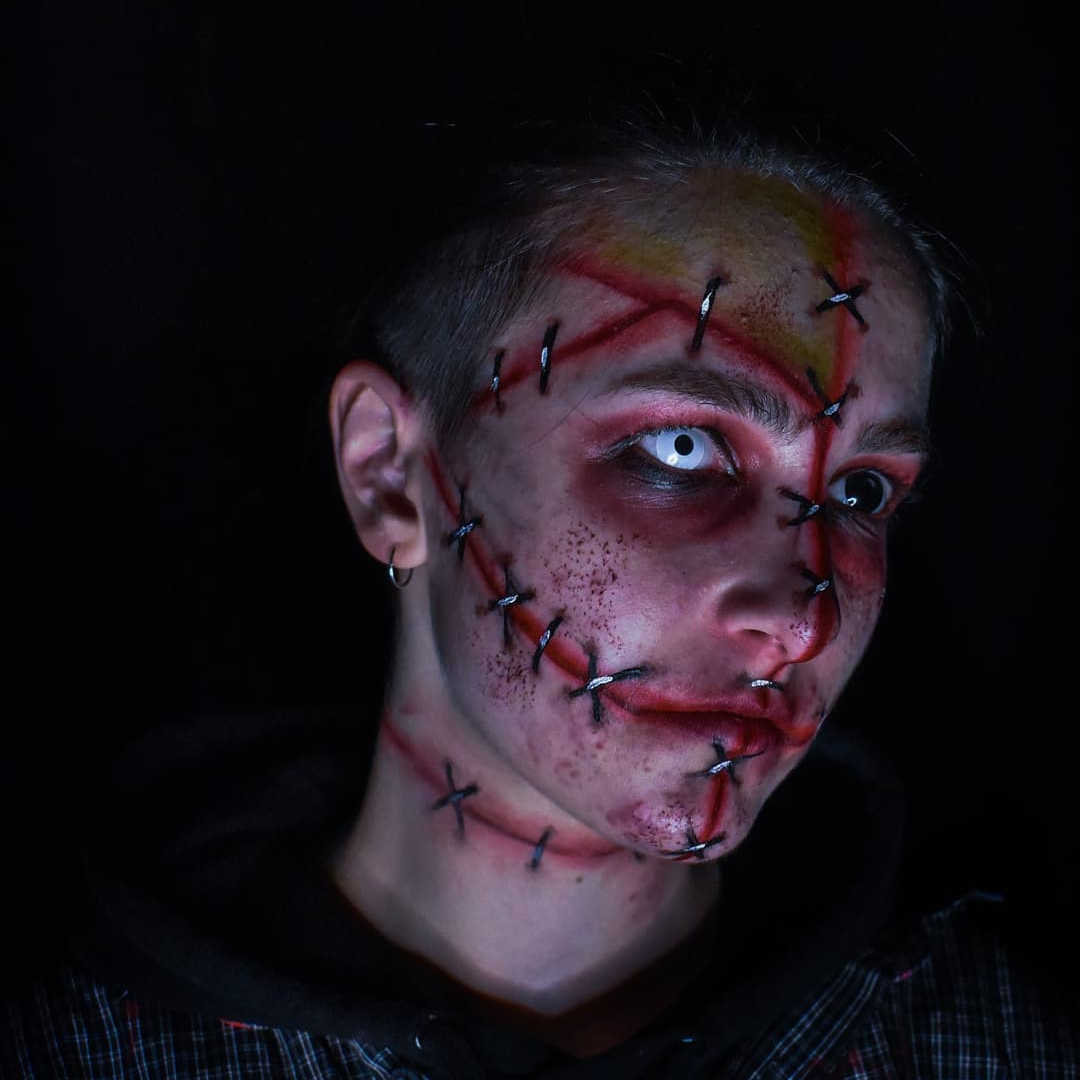 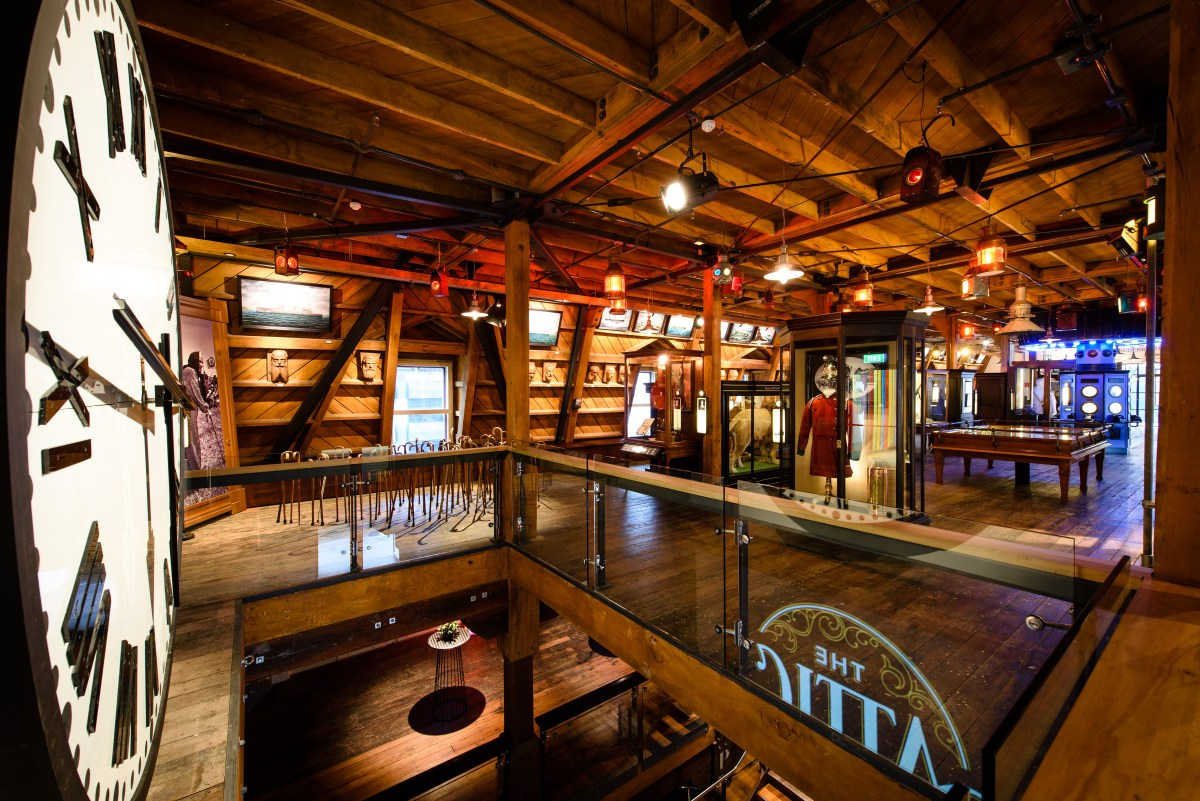 The former cargo warehouse is home to the award winning Wellington Museum (The Times, UK). There are four levels narrating the story of Wellington with numerous exhibits, artefacts and objects telling the story of social, economic and political changes. The surprise is the top floor, the attic, Great Granny’s  boa feather wrap is stored next to a time machine projecting  vignettes are projected visual displays inviting visitors to feel at home in the 19th century. Then there are the bird cages, the stuffed animals are cheek by jowl.

The attic displayed fantastical imaginative beings from flying saucers to swirling trains. You will be curious and perhaps not want to leave.

Find your inner caveman / girl persona. Get your wild face on and the arm ready to heft an axe, Sweet Axe Throwing is a great couples activity where you take turns to throw an axe at the target.

The face-hand sculpture Quasi was supposed to attract more people to Te Ngākau Civic Square. The massive installation prominently sits on top of the City Art Gallery. It is thought provoking in its deliberate ugliness and the pronounced grimace on its face. 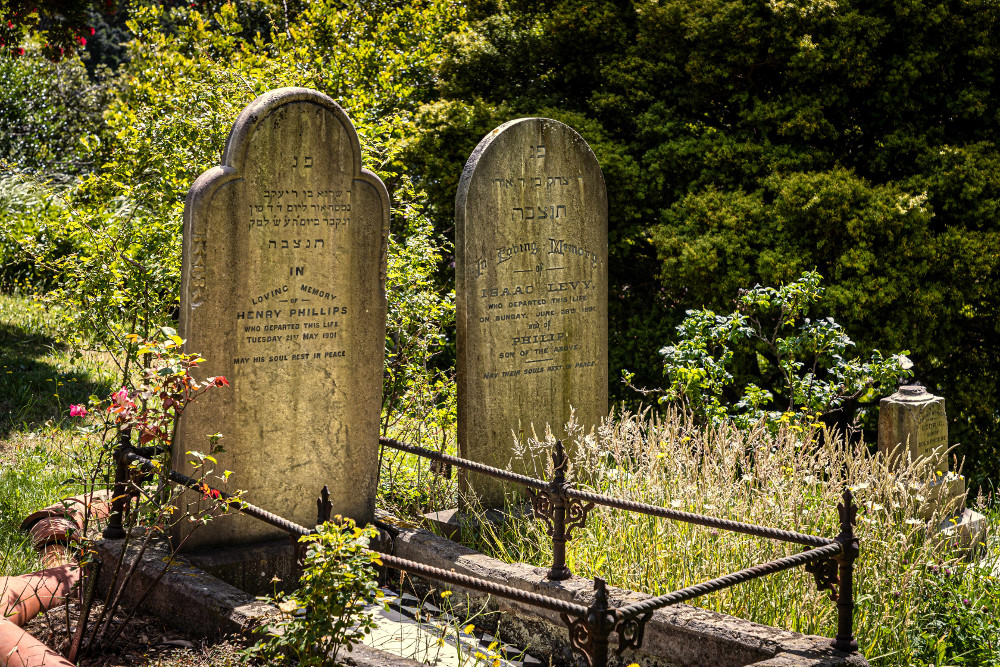 Uncover stories of the past in the slightly spooky, tucked under a busy motorway ramp cemetery. The cemetery is hidden in plain sight of the Terrace office workers who can be found taking a lunch break among the famous who are buried there. The place is a roll call of 19th century history. The Bolton Street Memorial Park, one of Wellington’s earliest cemeteries and the burial ground of many early pioneers and significant historical figures. Expect to see a great example of social division between classes with imported and local stone, iron and wood marking out the rich and well known from the trades burial plots.

From the top of the cable car walk downhill via the Botanic Gardens you will walk through the fascinating piece of Wellington history, the Bolton Street cemetery. 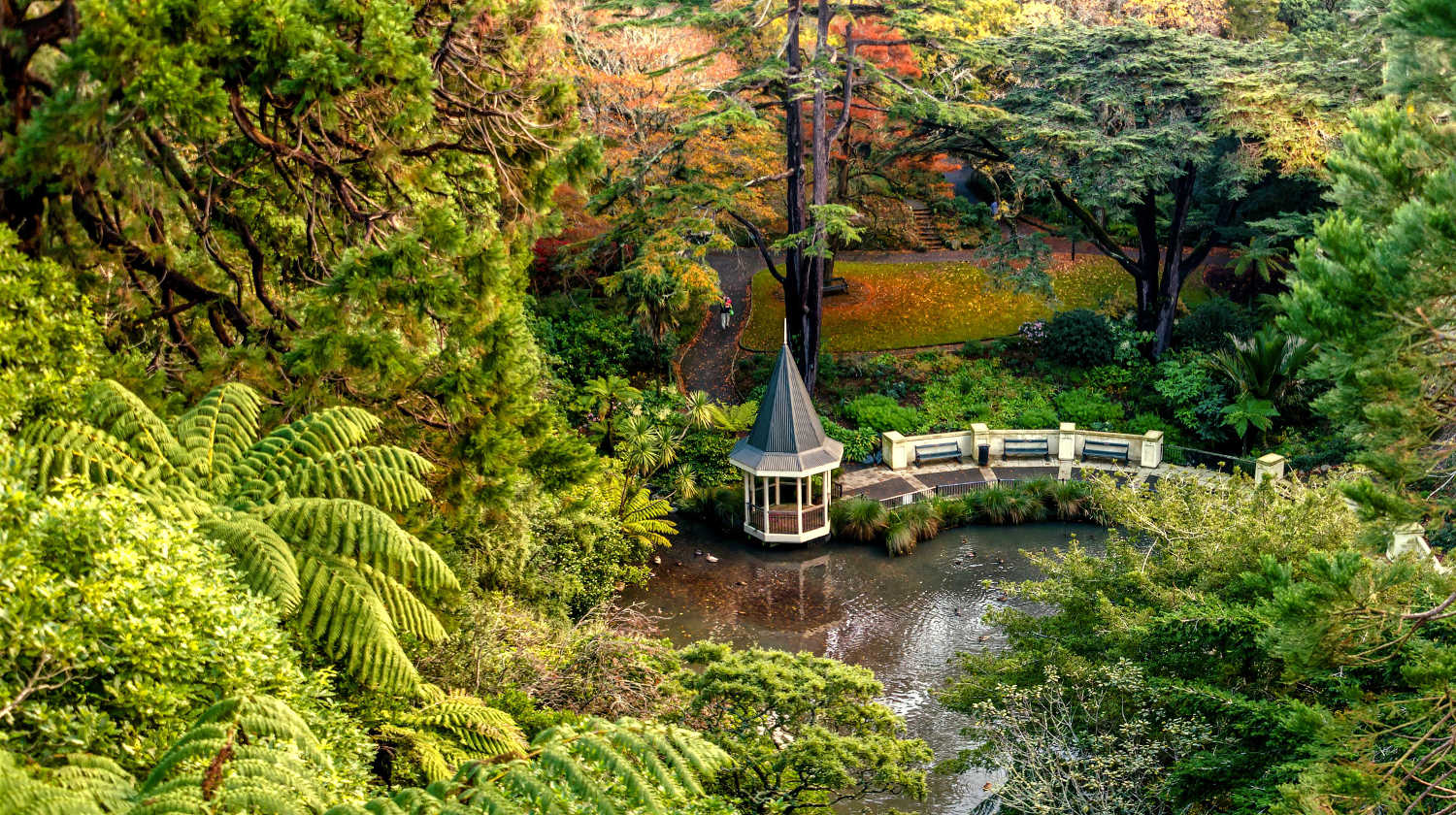 Wellington walks, attractions, things to see and do

What do you think about “Wellington unusual, odd or fascinating things to do”?