Adrenaline thrills squeezing through hidden gorges to secret hot waterfall pools or floating down the Waikato to Ōtumuheke Stream hot mineral water is Taupo fun. Opepe Reserve is challenging with its graves and history of military encounters and wholesale timber logging. Tongariro offers a trout encounter where shimmering fish are up close and personal. Ohakune has vegetables as an enormous sculpture and Tokaanu offers a glimpse of history at its jetty and a chance to wander through a geothermal area next to family friendly hot pools.

The Reserve is cut into two by the very busy State Highway two with barely a car stopping. One side leads to a lonely cemetery where several soliders (Bay of Plenty Cavalry) were caught offguard by Te Kooti are buried. You are standing at a significant site for New Zealand Land Wars with Te Kooti’s redoubt and defences now across the road. Little remains of the innovative defense system other than old well. The area is interesting as sections are the Old Coach Road connecting Hawkes Bay to Taupo. While you hear birdsong in the regenerating bush there is a very faint hum of traffic. You are in area where there was also kauri logging, there is an old pit saw and information plaques describing the impact of wholesale logging on the area. 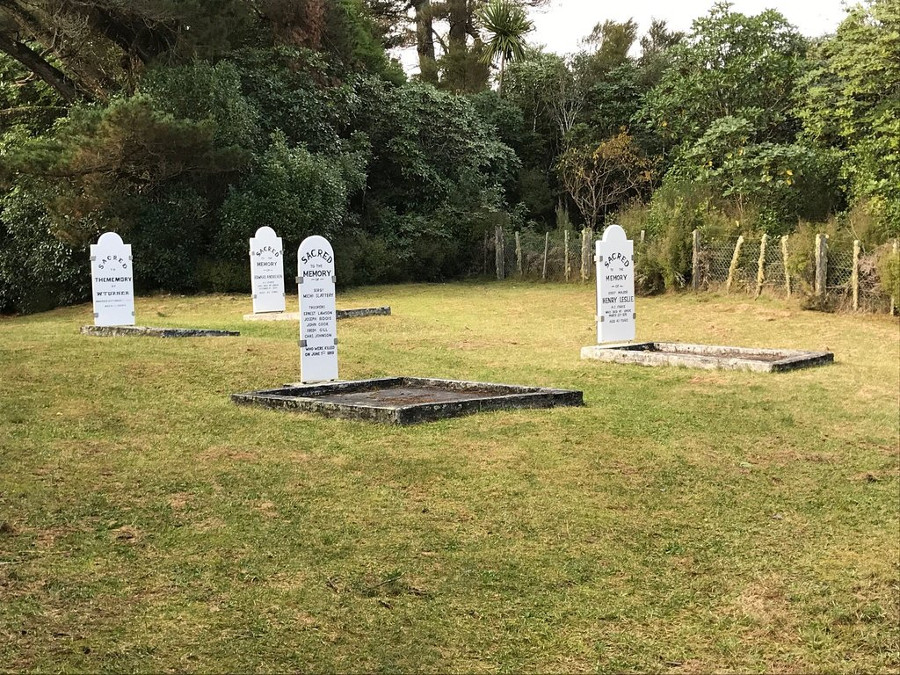 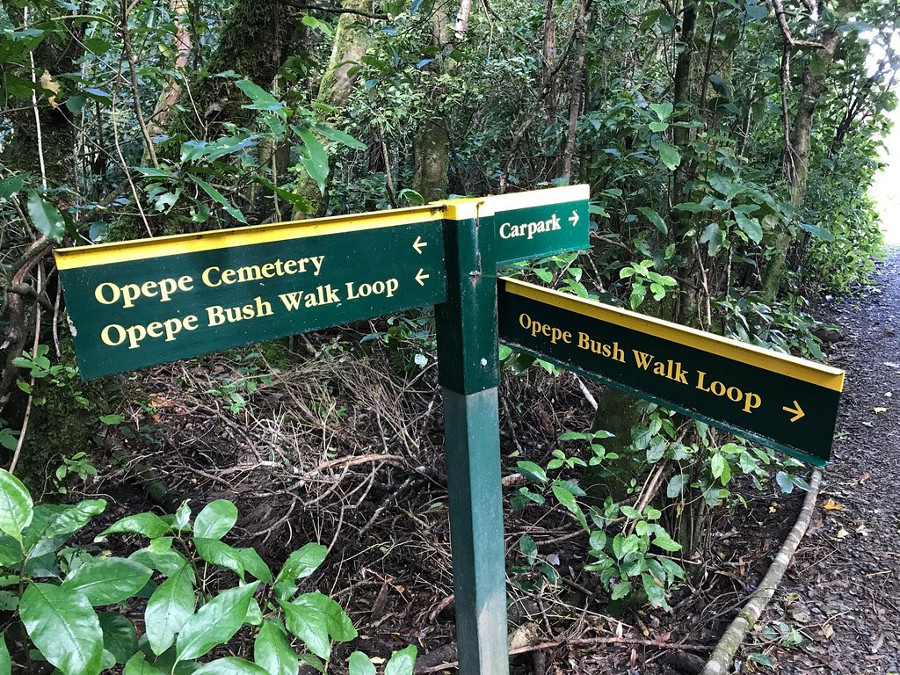 A repository of trout eggs and newly hatched trout the scientific work of the Centre is to ensure there is a safeguard against a sudden massive death in the wild population. While the scientific nature of the Centre is evident the excellent exhibits of Trout fishing in New Zealand, the proximity of the Tongariro River and the pretty flashing trout keeps you watching and waiting for the next acrobatic trout display. You can purchase fish food to encourage ducking and diving. A place where kids will not be bored although you might run out of fish food rather quickly. 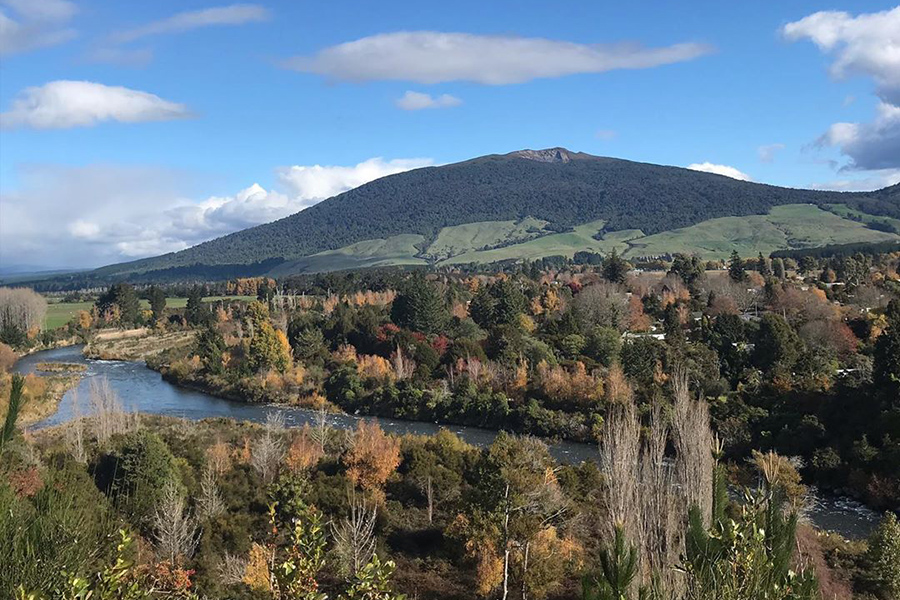 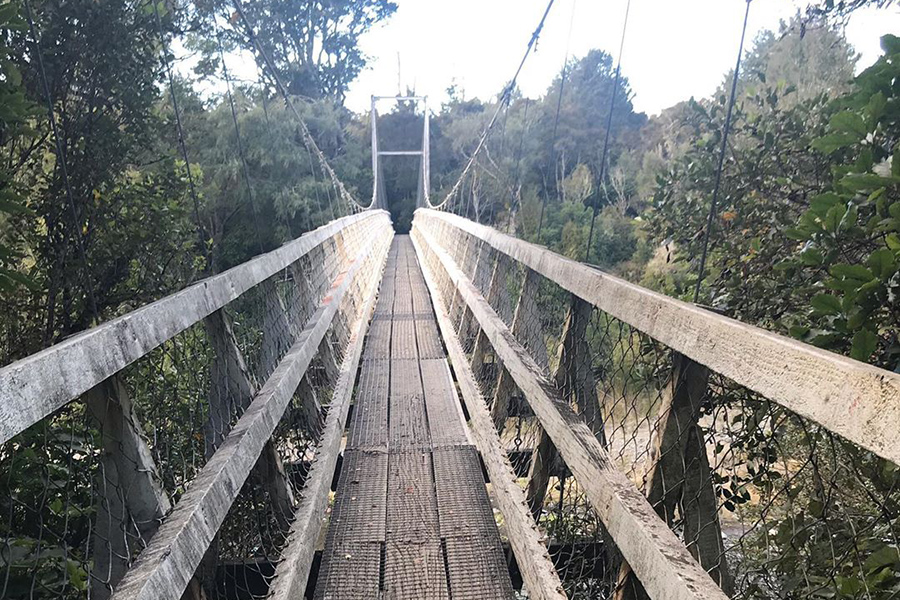 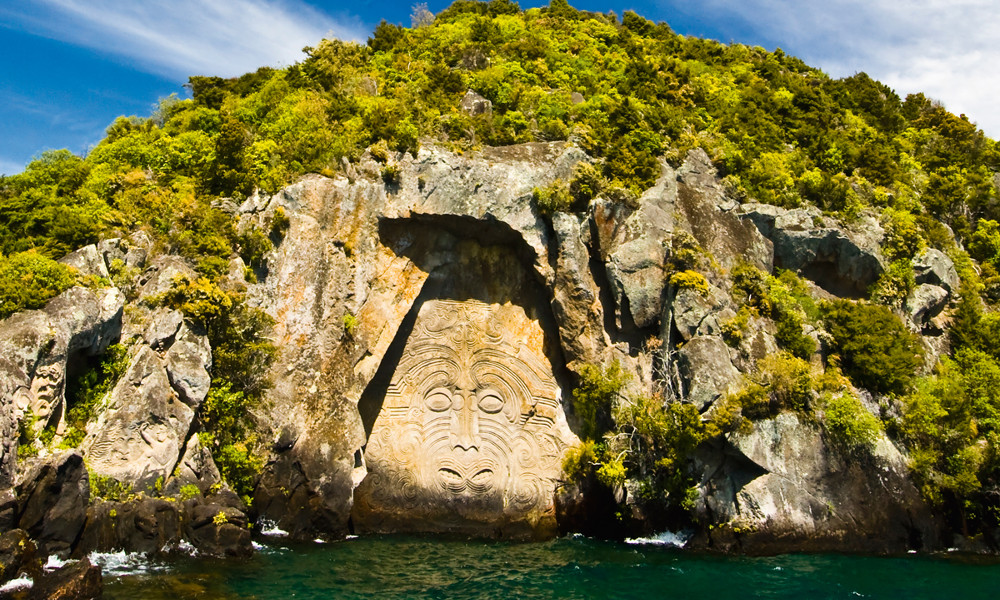 Mine Bay Maori Rock Carvings are accessible by guided tour, kayaking or sailing boat. The 10 metre carving is a dramatic modern interpretation of the face of paramount chief Ngatoroirangi. His face dominates the view as you get close with his moko and stern face looking out over his Lake. Created by master carver Matahi Whakataka-Brightwell in the 1980’s. The cruise to the rock carving is glorious as you travel across the lake. The carvings are well positioned tucked under the brow of the rock face making the view slowly slide into view.

The Tokaanu Thermal Pools are family friendly, unpretentious with the bonus of a short walk through the adjacent Tokaanu thermal area with its boiling mud pools, steam vents and wirey vegetation. 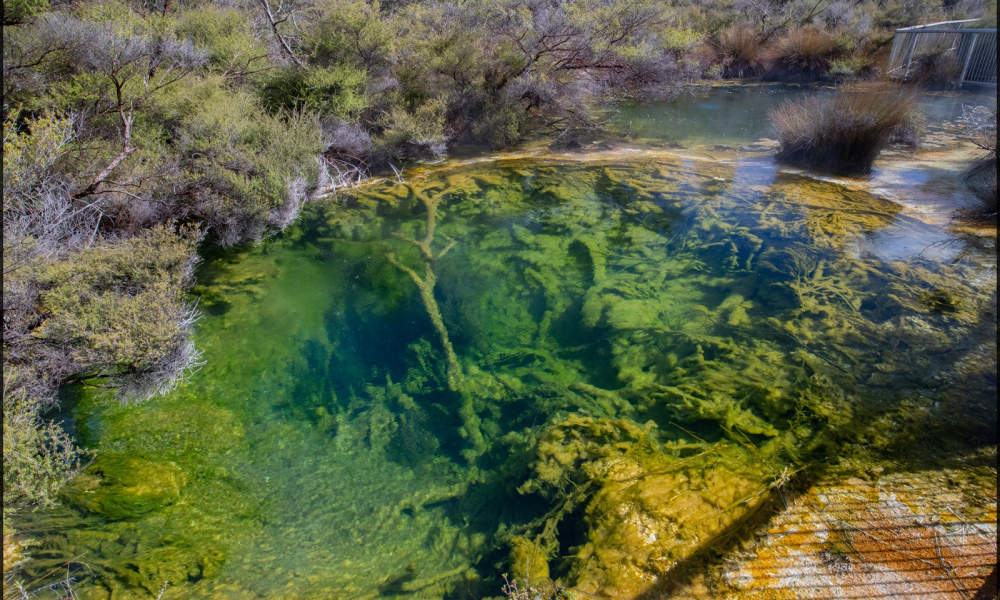 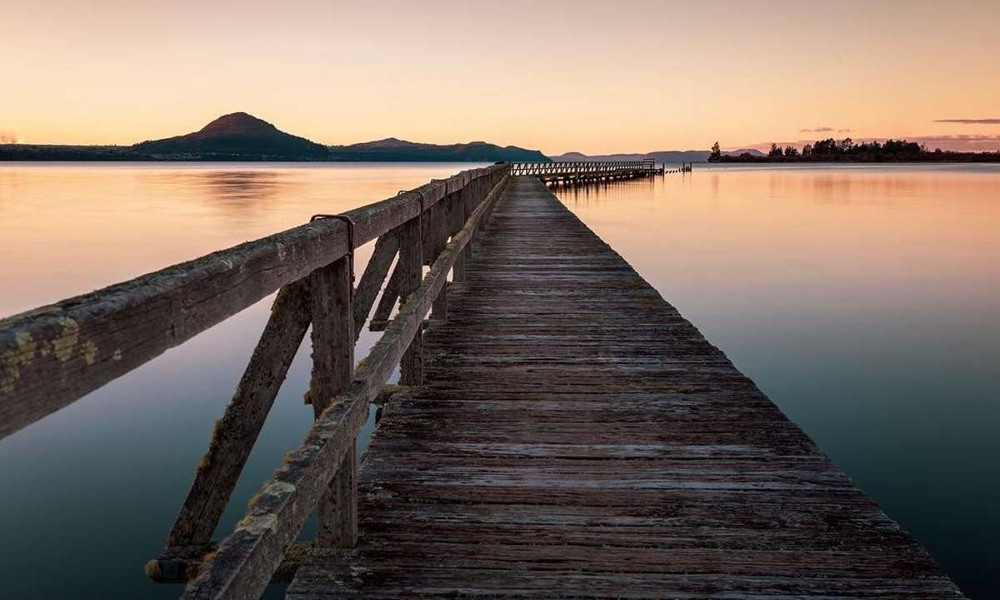 Tokaanu Jetty is a piece of history you can walk along, fish or simply wait for the sunset to photograph the jetty and Lake Taupo. The jetty was part of the transport infrastructure. Before the expansion of Turangi Tokaanu was the major settlement due to its natural thermal pools. Passengers arrived by stage coach from Wairoura and departed by steamers across the lake to Taupo. Today the heritage jetty is restored with its original beams and decking. There is a modern marina nearby the jetty is a hidden gem and do not forget your fishing rod (plus licence).

It started with a carrot symbolising the contribution of the Chinese market gardeners to the Ohakune commercial production of vegetables. Erected in 1987 the enormous model carrot rapidly became a photo celebrity. As you enter Ohakune you are now greeted with swedes, parsnip, potato and brussel sprouts. These later additions to Team Carrot have happy faces, arms and legs making the sight like a walking gigantic cartoon. To add to the family atmosphere is a playground and toilets nearby together with a short bush walk. Definitely a photo moment with Team Carrot to memorise your Ohakune holiday. 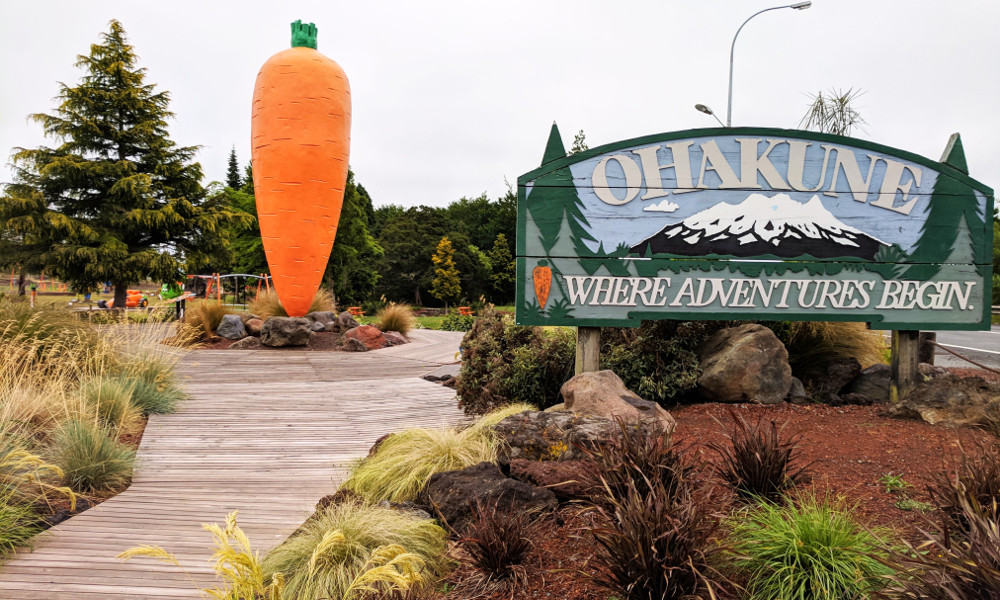 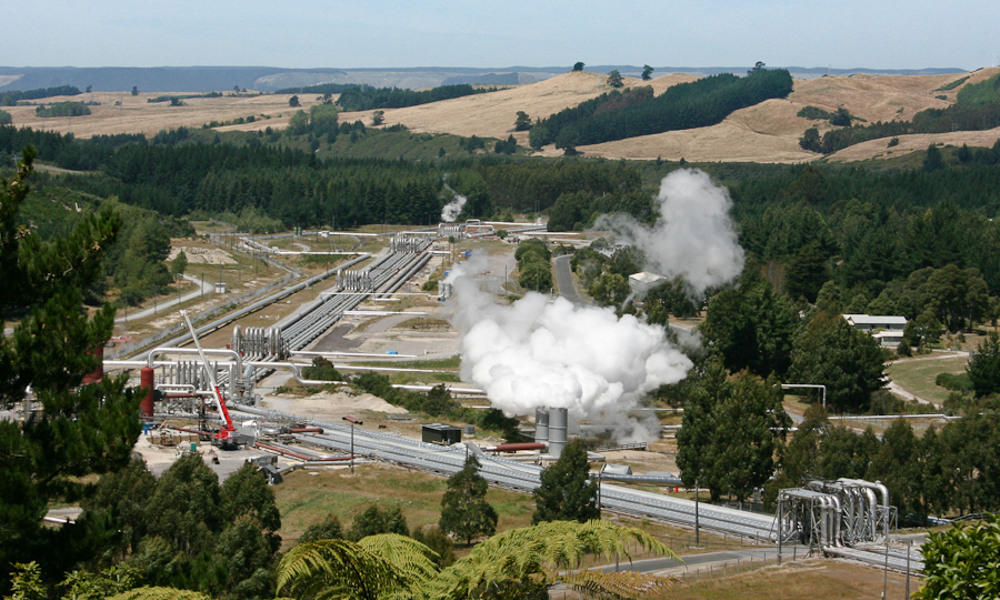 The Wairakei geothermal field has been under production for more than 50 years. There are massive shiny pipes you ride under, enormous stainless caldrons and a maze of cables and overriding the Wairakei Geothermal Power Station is steam, lots of the stuff, billowing up and around, forming vapour clouds where piping emerges into view and then disappears into the mist. It is memorizing, fascinating and industrial sculpturing on a gigantic scale. There is a well signposted drive to the lookout. It is a great photo location especially in winter with the rapid cooling of hot steam in the frosty air. At the lookout is a plaque describing how the unique industrial complex works.

Craters of the Moon emerged out of the geothermal power plants when underground water levels were lowered. The area is extraordinary for the plants that have colonised the area. Constant steam vents, chemical mineral deposits created hot steamy conditions where vegetation is lightly to get a hot jet of steam every once in a while. The geothermal park is wheelchair friendly. It is not a major geothermal attraction with numerous boiling mud vents or massive spurts of geothermal fountains rather it is a moon-like landscape where you wonder about where the next steam vent will occur as well as a fascinating walk through unusual landscape. 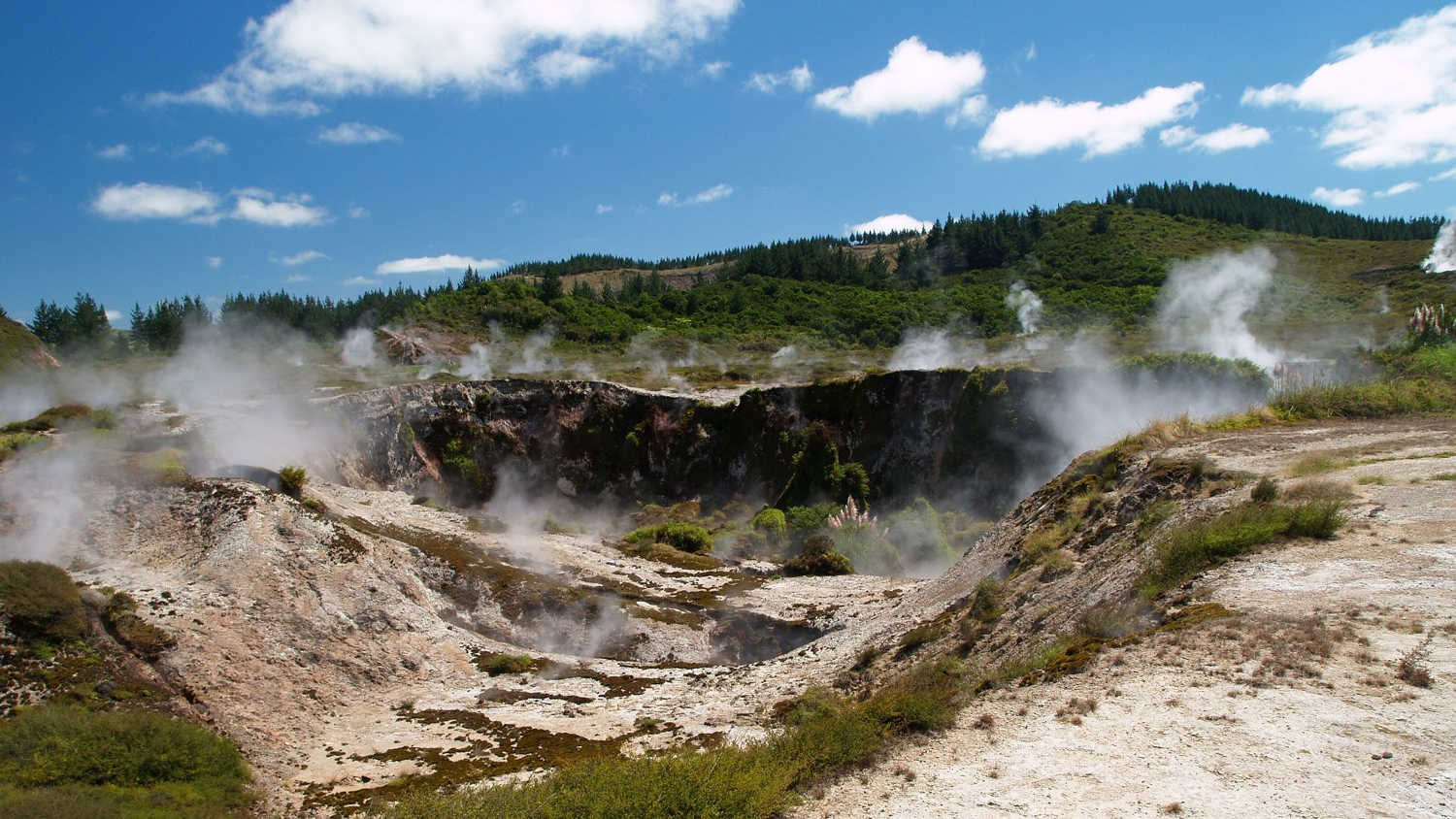 Craters of the Moon @TripBucket 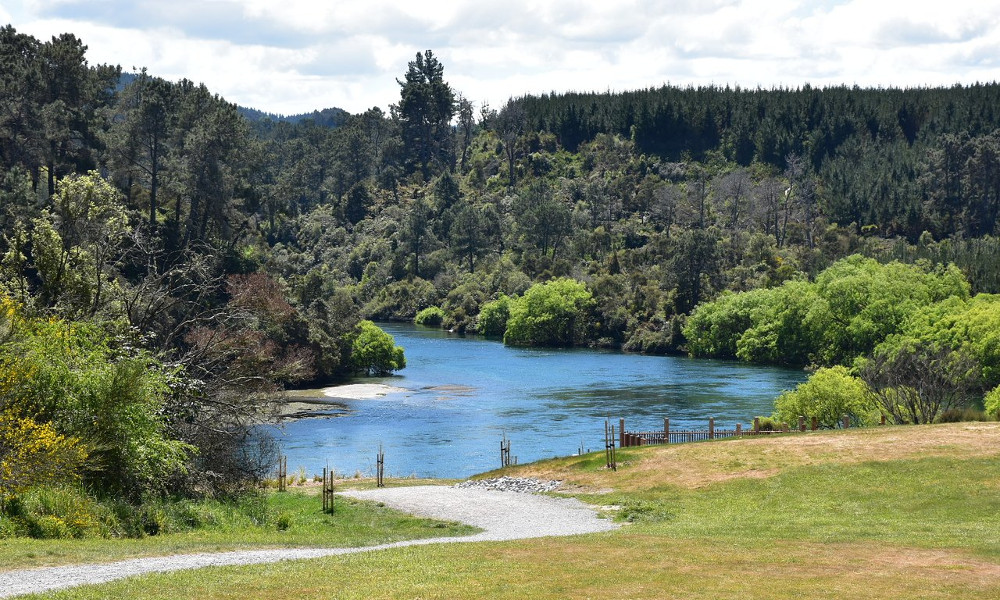 Spa Thermal Park is not really a secret. It is popular with locals, it is free and Otumuheke Stream hot pools area not-so-secret spot that is definitely worth a visit when in Taupo. The stream is a cascade of hot warm water flowing into the Waikato with naturally forming hot pools forming against a backdrop of the Waikato River. It can be a tad crowded so pick early morning or time outside the school holidays. There are changing rooms, toilets and an enterprising coffee kiosk operator. There is a plaque describing the historical significance of the area for local Iwi (Maori). It is very special to be in place where people have immersed themselves in the revitalising natural spa of the Otumuheke stream.

The car park had several traffic wardens on duty on our last visit which is seriously offputting as the crowded bridge over the Huka Falls testified. Start your excursion to New Zealand’s most well known waterfalls with an hour’s walk from Taupo. The river views are of clear blue swirling currents together with river grass adding a bright green glow to the water. As you walk closer you start to listen to the memorizing roar of 200,000 litres squeezed through a narrow 3 metre drop. Simply stroll pass the parked campervans, cars and vehicles all vying for space and enjoy the sight of the iconic Falls. 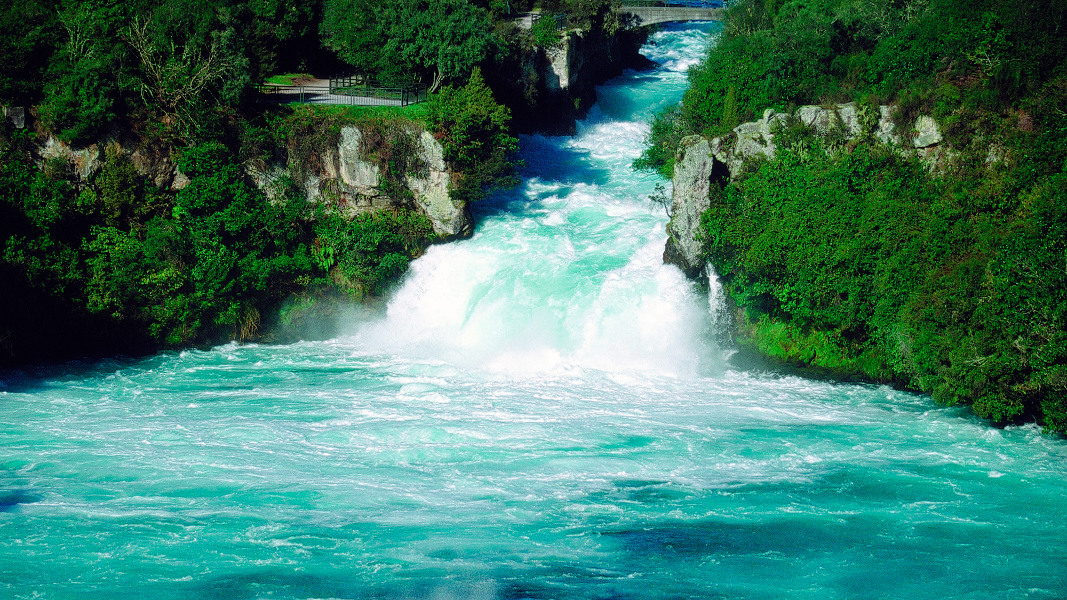 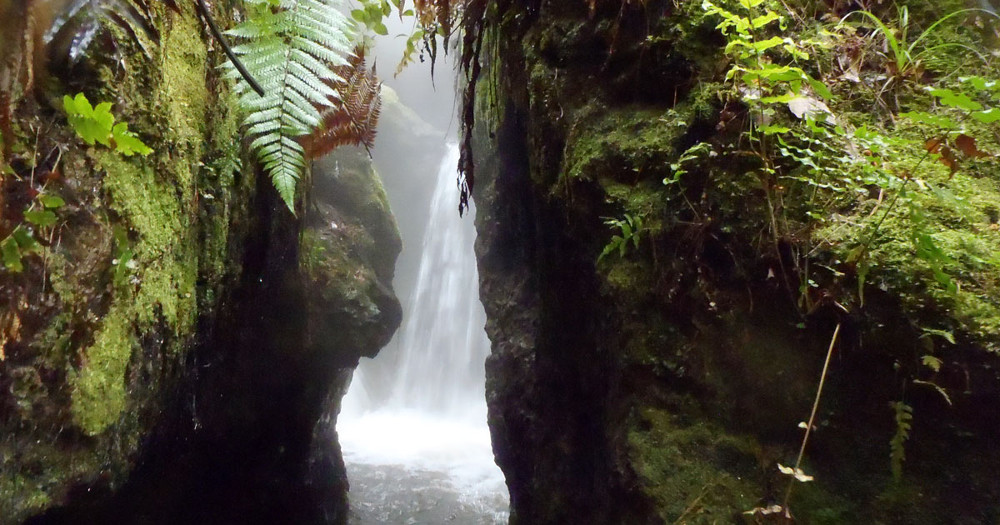 The Squeeze @Tots to Teens

The Squeeze is not your standard adrenaline jet boat tour. For the first part of the trip you sit back and let the Waikato River zip by. Then you exit the boat and squeeze your way through narrow crevasses, clamber over boulders at the same time as wading through waist deep water (depending on your height). There is sometimes nervous laughter and its lots of fun. The pleasure of the gorgeous waterfall and naturally-heated bathing pool is a reward for the hard work. It softens the thought you have to go back the way you came. The return journey is weaving and jet boat thrills while people regale stories of their squeeze moments. It is very narrow and if you suffer from clausophobia then this is not worth the detour.

Any inflatable will do, a surfboard, rubber rings, as long as it floats. As you cross the Taupo control gate bridge park your vehicle in the adjacent car park. Walk down to the river and float down the river on easy rapids. You are going to disembark at the hot pools at the Ōtumuheke Stream or at Hipapatua Reid’s Farm. Lifejackets are recommended and the ride on the Waikato is between 1 ½ hours to 2 hours. If you have several members in your holiday group select a pick up driver as it is a considerable walk back to Taupo. Remember water safety, float in a group and wear a lifejacket. Lastly the Huka Falls on this watery route further downstream. 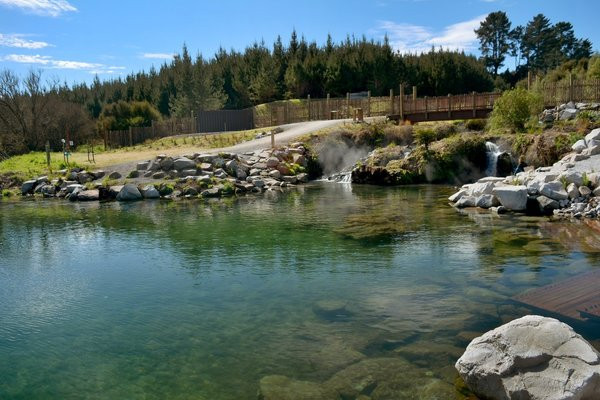 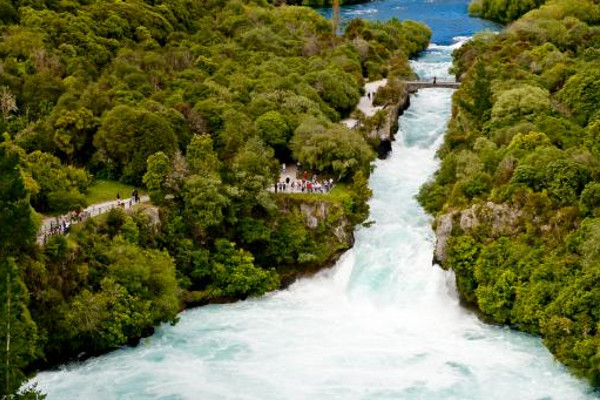 Getting to places worth a detour in Taupo and Central Plateau 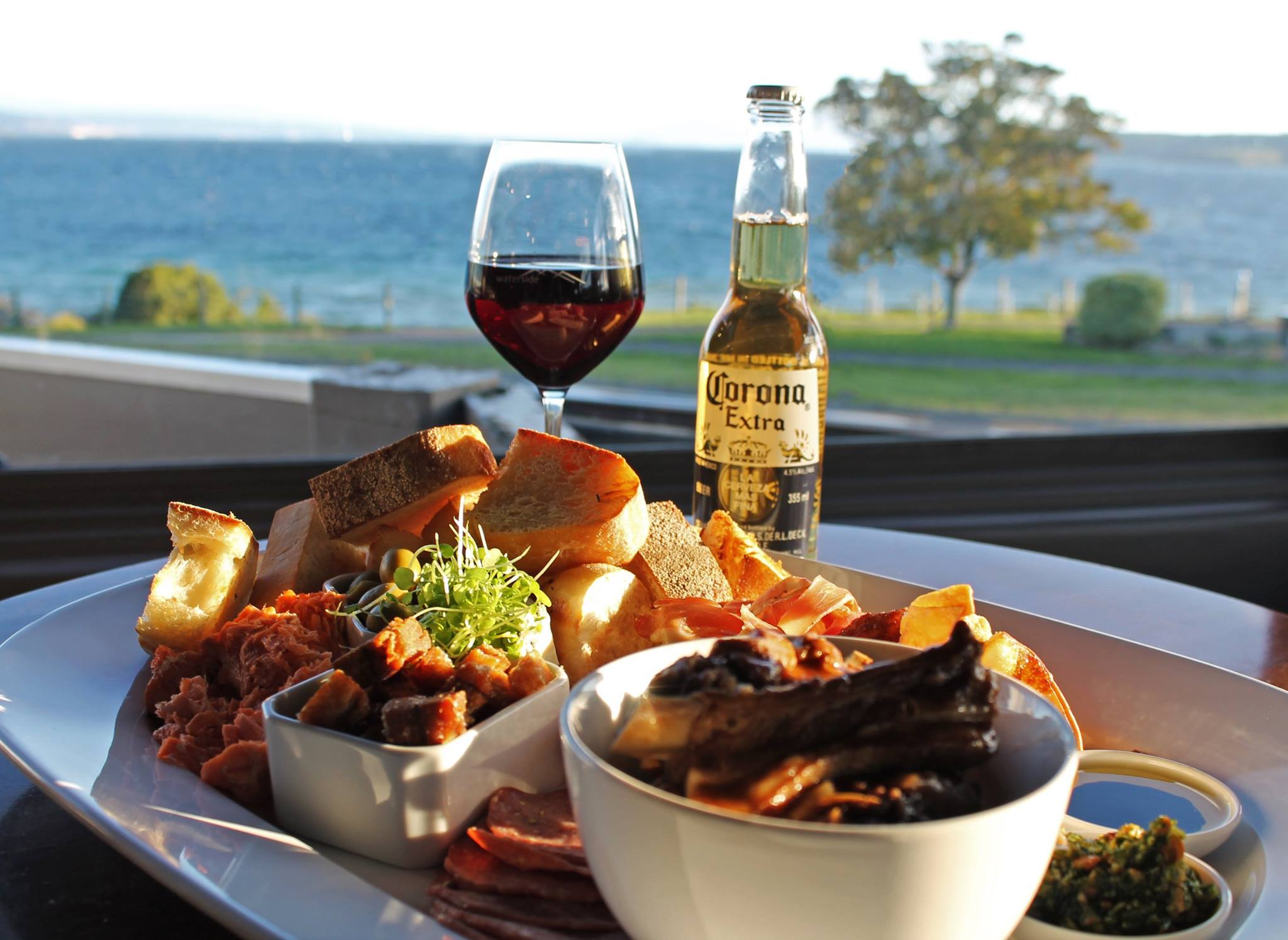 Taupo foodie experience, where to eat 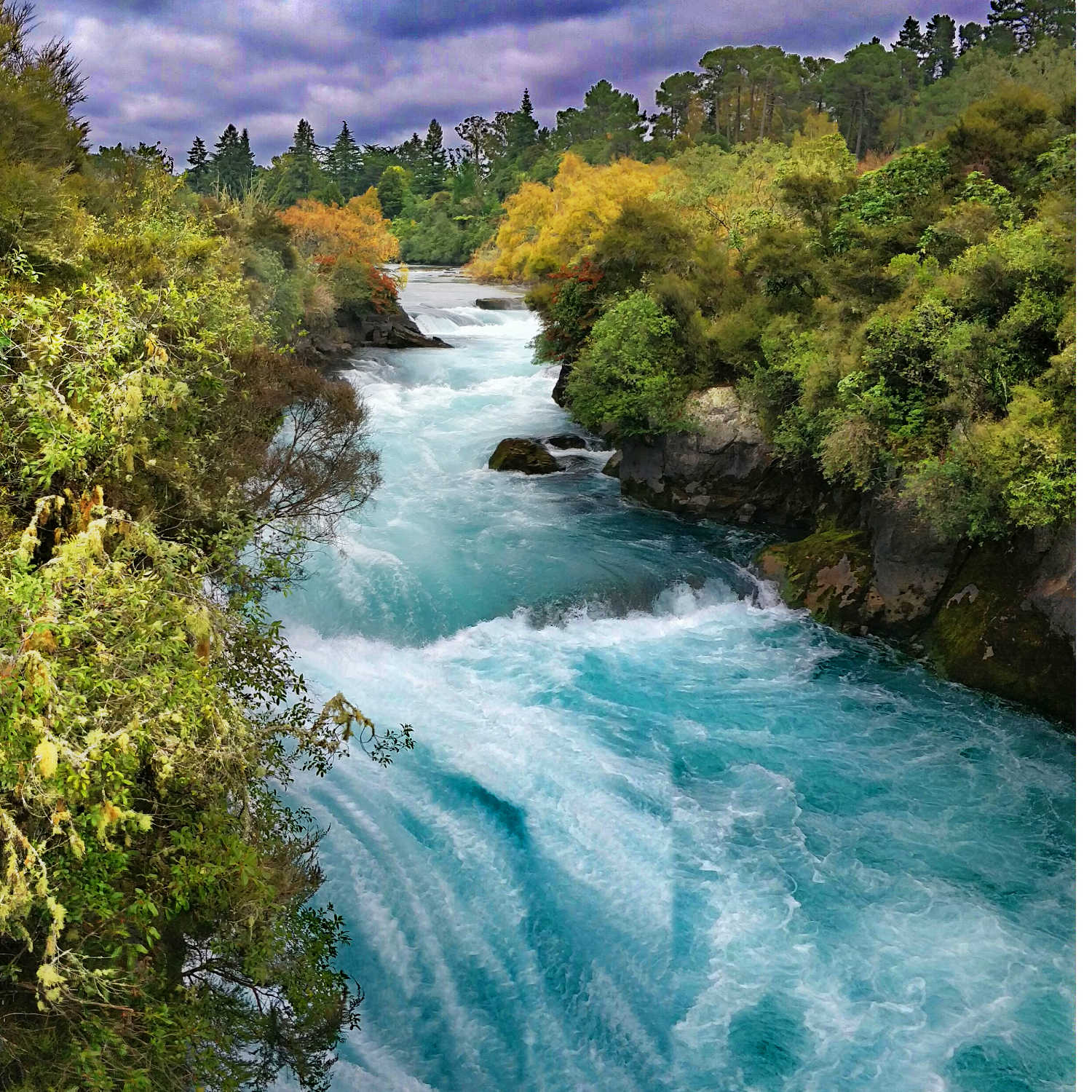 Things to do in Taupo – The Ultimate List of Activities 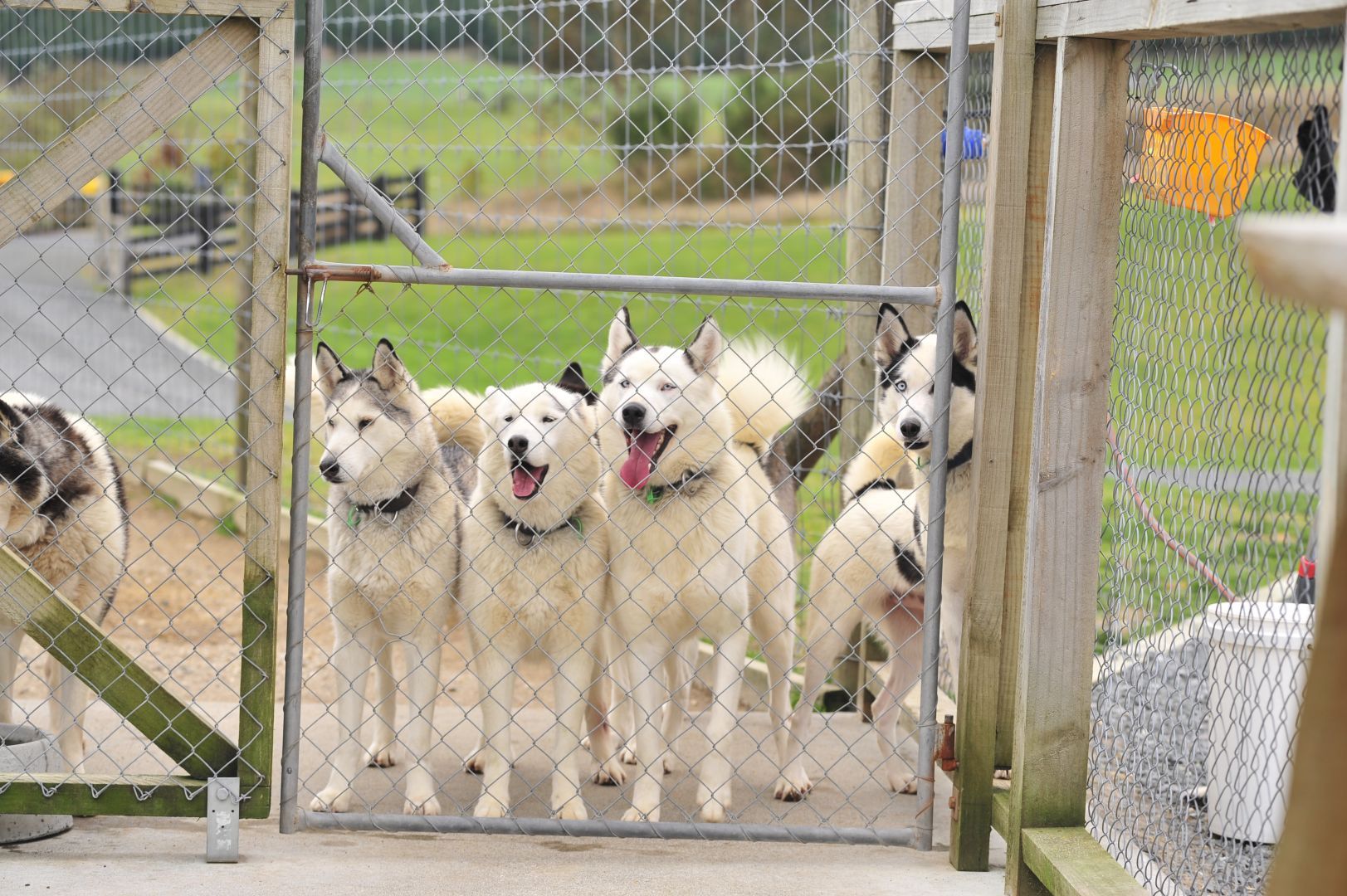 7 places to go camping in Taupo 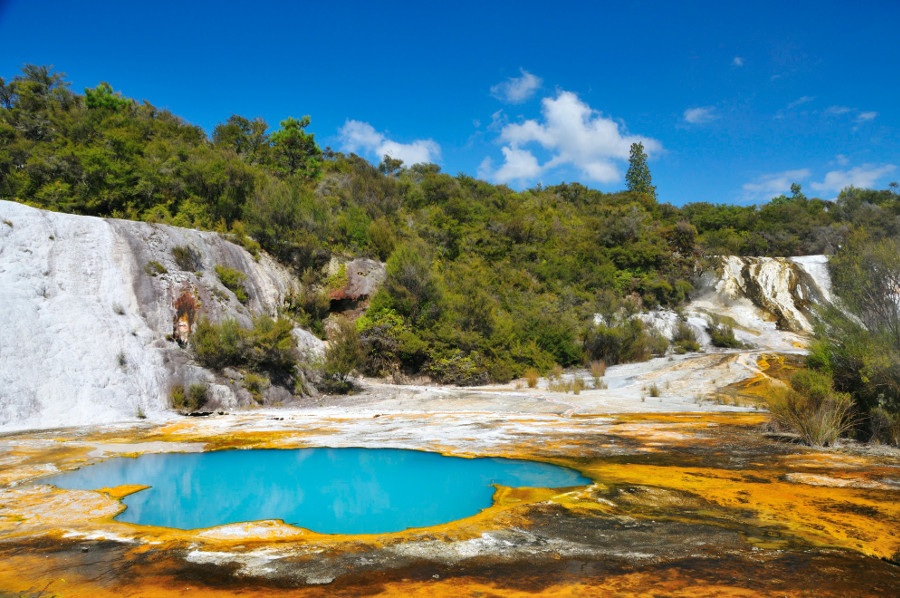 3 days in Taupo inspiration & tips for families and friends

What do you think about “12 places worth a detour in Taupo and Central Plateau”?