Trounson Kauri Park, things to do — trip guide and tips

Undulating farmland, stands of native forest raise the expectations as ferns frame the road edges. The sheer smooth trunks of mature trees are glimpsed as you whizz past. Kauri, the tree that made the fortunes of many and the wooden floors of nineteenth century houses is the stuff of legends. The turnoff onto a gravel road heightens the sense of excitement about visiting a survivor, a remnant forest giant that escaped the axe.

Trounson Kauri Park, now a Department of Conservation Reserve is 586 hectares of kauri trees, fruiting tree species taraire, tawa and podocarp. Due to the reserve’s fruiting trees the bird life is prolific for such a small reserve. The clear waterways support koura, (crayfish) and native fish-like banded kokopu.

“DOC’s first mainland island in Northland, Trounson Kauri Park is a 586-hectare reserve featuring an impressive stand of kauri trees.DOC are extremely pleased with their success in being able to remove many of the pests and predators in the park, allowing the recovery of native trees, plants and animals. With the removal of most of the possums and rats, and large numbers of stoats, weasels, ferrets, cats, the kukupa (pigeon) is recording an increase in numbers (around 86) and Trounson has become one of the best kiwi (thought to be around 200) breeding sites in New Zealand. 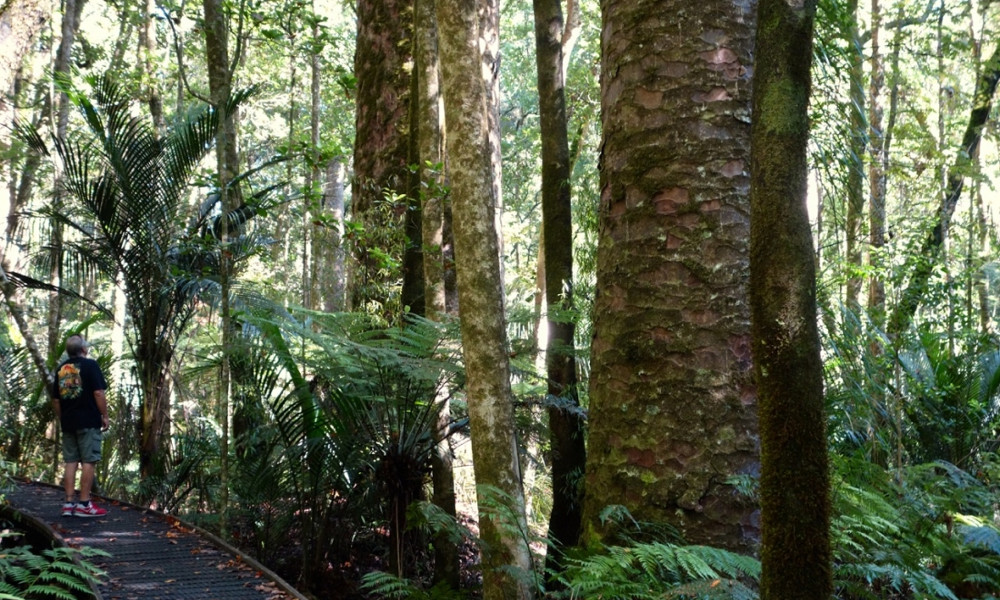 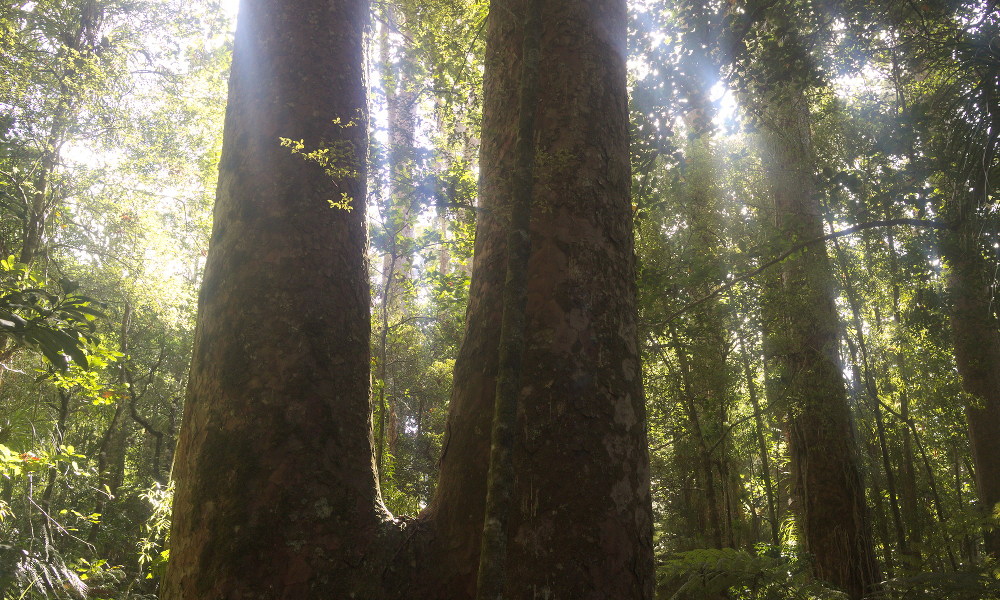 The park has also undertaken the first reintroduction of North Island robins to a mainland site. Similar principles that have been used by DOC on offshore islands – clearing the environmental nasties and being off-limit to the public have been used at Trounson. Re-invasion of pests is always a problem on mainland projects, but because Trounson is relatively isolated and has no large browsing animals like pig, goats and deer, it is more easily controlled.” Kauri Coast online visitor information.

Trounson Kauri Park is a mainland island. The restoration project includes a 586-hectare forest reserve and farmland. The project aims to restore the former richness of native biodiversity this forest once boasted, and to let visitors enjoy a glimpse of what pristine kauri forests were once like. 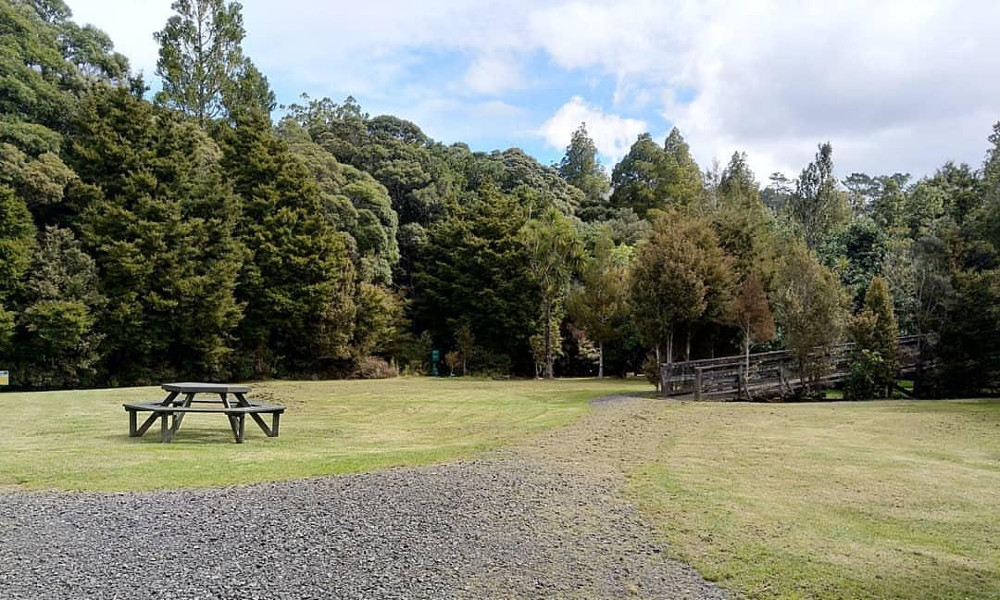 Self-guided boardwalk with the requisite kauri dieback station for rigorous footwear cleaning is a safe way to immerse yourself in a native forest where the only danger is tripping up as you constantly peer upwards. A highlight is the 1200 year old specimen. There are excellent information panels throughout the walk describing the canopy layers and the flora and fauna. There is a weta box for all ages to view. Kūkupa (New Zealand pigeon) are abundant and you are likely to hear and see them. North Island brown kiwi, fantails, pied tits and other forest birds are also resident with reintroduction of other birds planned for the future. Kauri, taraire, kauri grass, kiekie, neinei and ferns dominate the vegetation. Fallen kauri and the resulting light wells, clear streams and filmy ferns are among the interesting features of Trounson. Kauri roots are extremely sensitive to trampling. Stay on the track at all times to ensure no damage is done to these magnificent trees, and to help prevent the spread of kauri dieback disease. 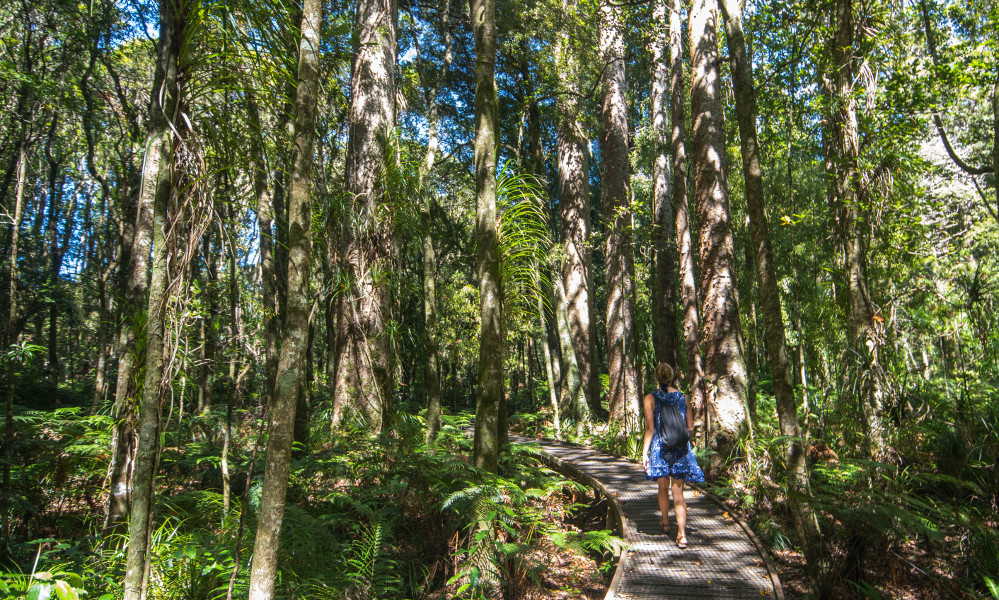 How you can help save kauri

Know before you go

Know before you go

Wasps – There are high numbers of wasps particularly between January and April. Consider carrying an antihistamine product and if you are allergic to their stings ensure you take your medication. 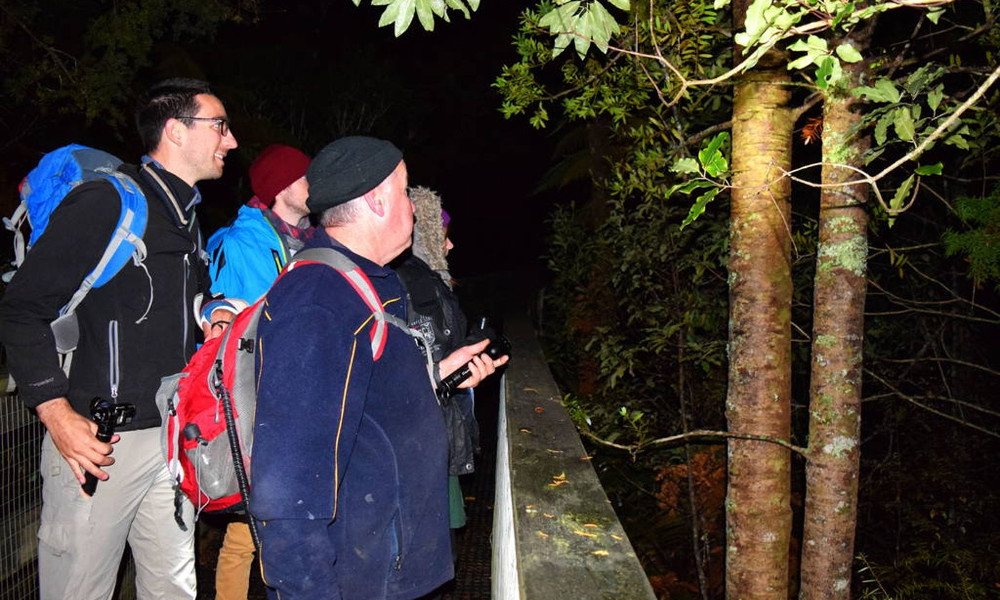 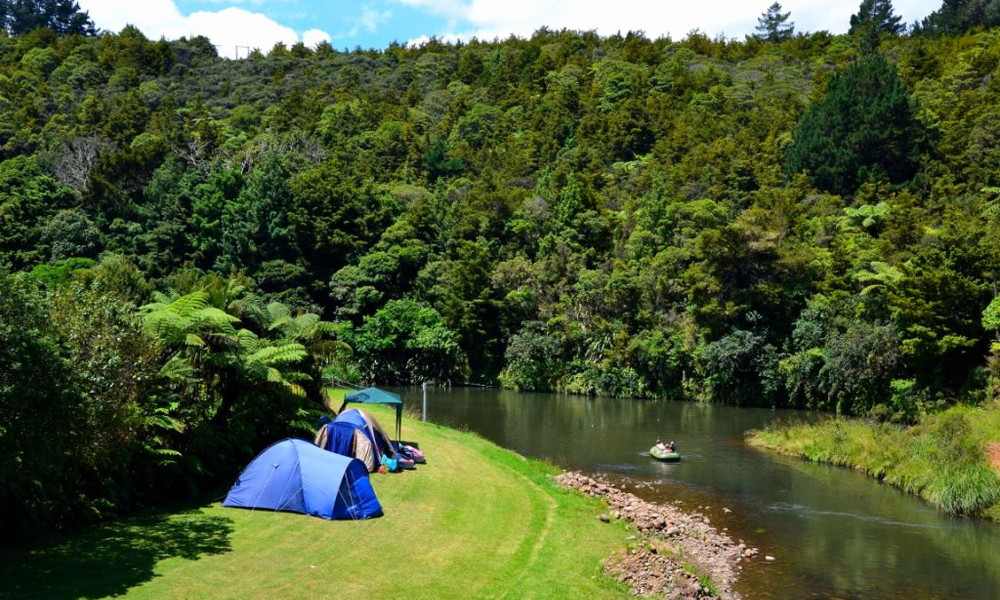 In 1890 when the kauri timber industry threatened to wipe out all significant areas of Northland kauri forest, 3.34 hectares were set aside by the government. James Trounson, an early settler, added a further 22 hectares to this and established a Scenery Preservation Club. Trounson offered a further 364 hectares, and the area was officially opened as Trounson Kauri Park in 1921. This foreshadowed the nearby Waipoua Forest reservation of 1952. The scenic reserve now covers 586 hectares. The park is one of the predator-free mainland islands and is an enduring example of community and government co-operation.

What do you think about “Trounson Kauri Park”?