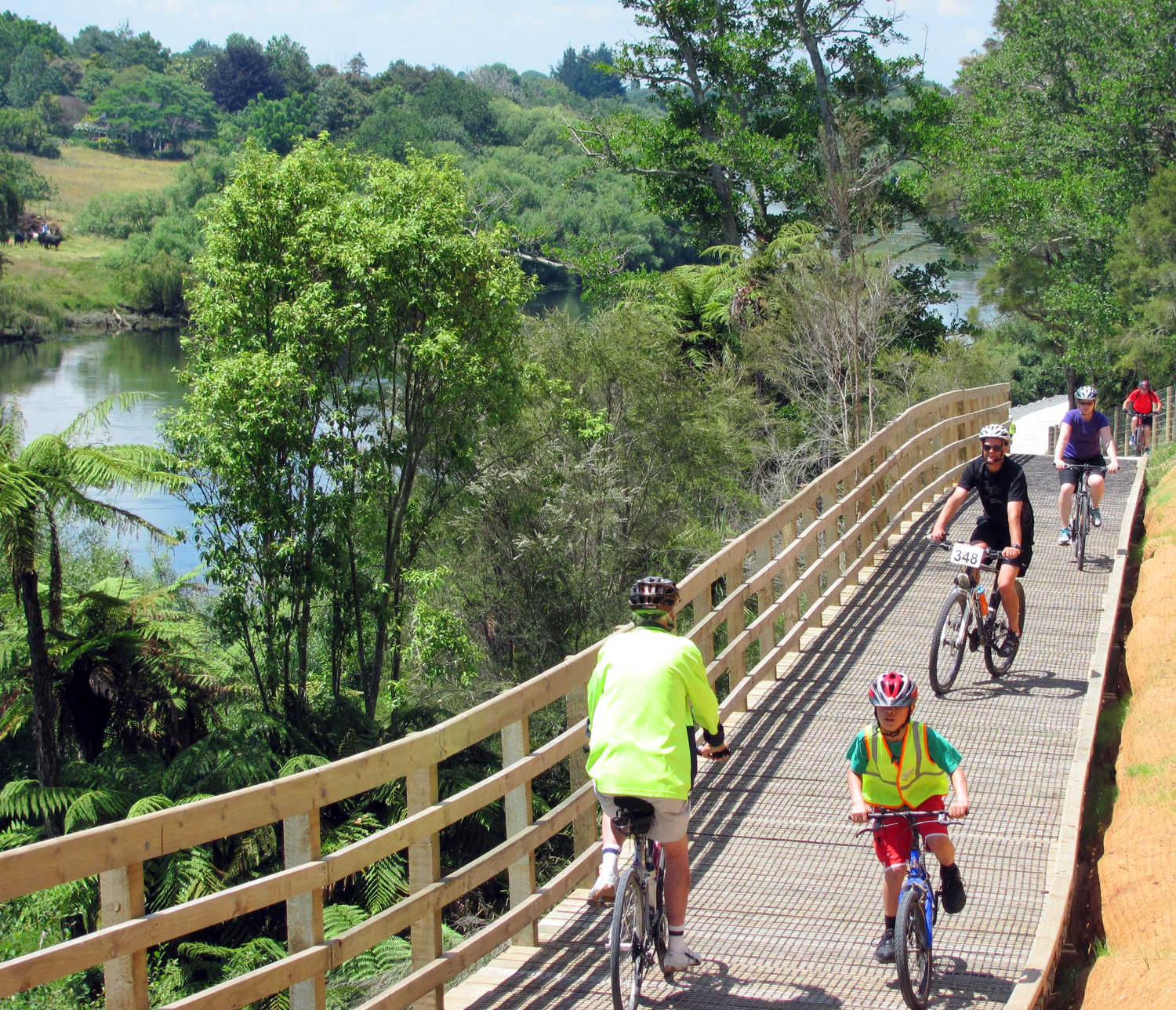 The Te Awa Cycleway caters to people of all fitness levels and is a shared pathway for both cyclists and pedestrians. The path is generally 3m wide, flat and made of concrete but does include a couple of very short but steep hills.

The Te Awa River Ride is one of most accessible and scenic cycling and walking trails in New Zealand. It is the longest concrete path in the country winding its way for 60km from Ngaruawahia to Lake Karapiro following New Zealand’s largest river – the mighty Waikato.

The Te Awa River Ride covers 60km along the mighty Waikato River from Ngaruawahia through Hamilton to Lake Karapiro. It is predominately 3m wide and concrete, along with boardwalks and bridges and two short on-road sections. There is some stunning scenery you will discover, along with plenty of places to eat, drink and stay along the way.

Bike hire for the Hamilton sections of the trail is available from River Riders who service the entire trail. 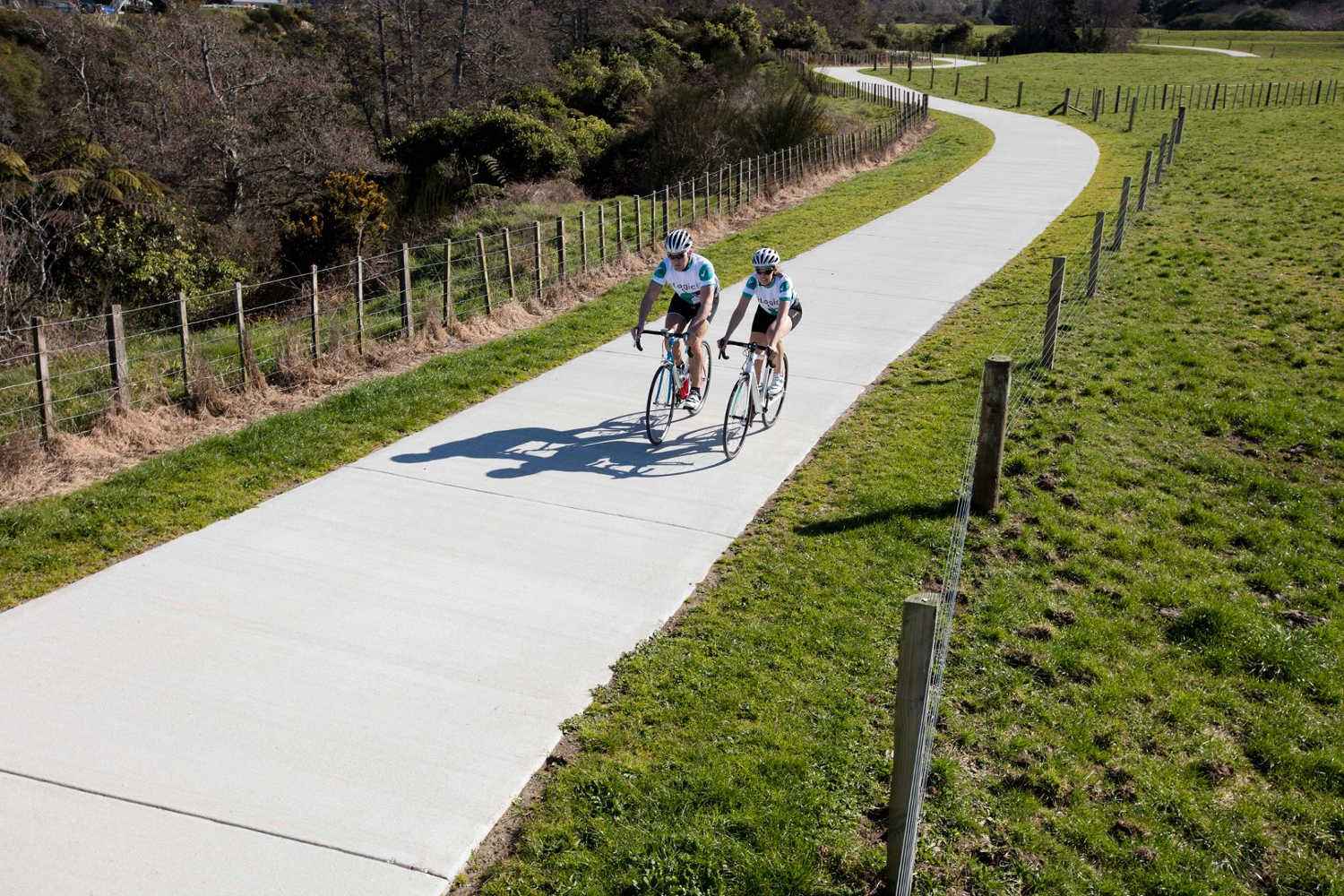 Te Awa trail is a celebration of the Mighty Waikato River, the people who have lived by and on the river. Waikato Tainui and its local iwi ngati haua have identified sites of significance. Connecting Cambridge to Karapiro is the Te Awa walk/cycleway which is just over 8km of dedicated pathway to the Mighty River Domain on the shores of Lake Karapiro.

This walk is part of the Unforgettable Day Walks in New Zealand series. For details check out Cambridge to Lake Karapiro day walk. 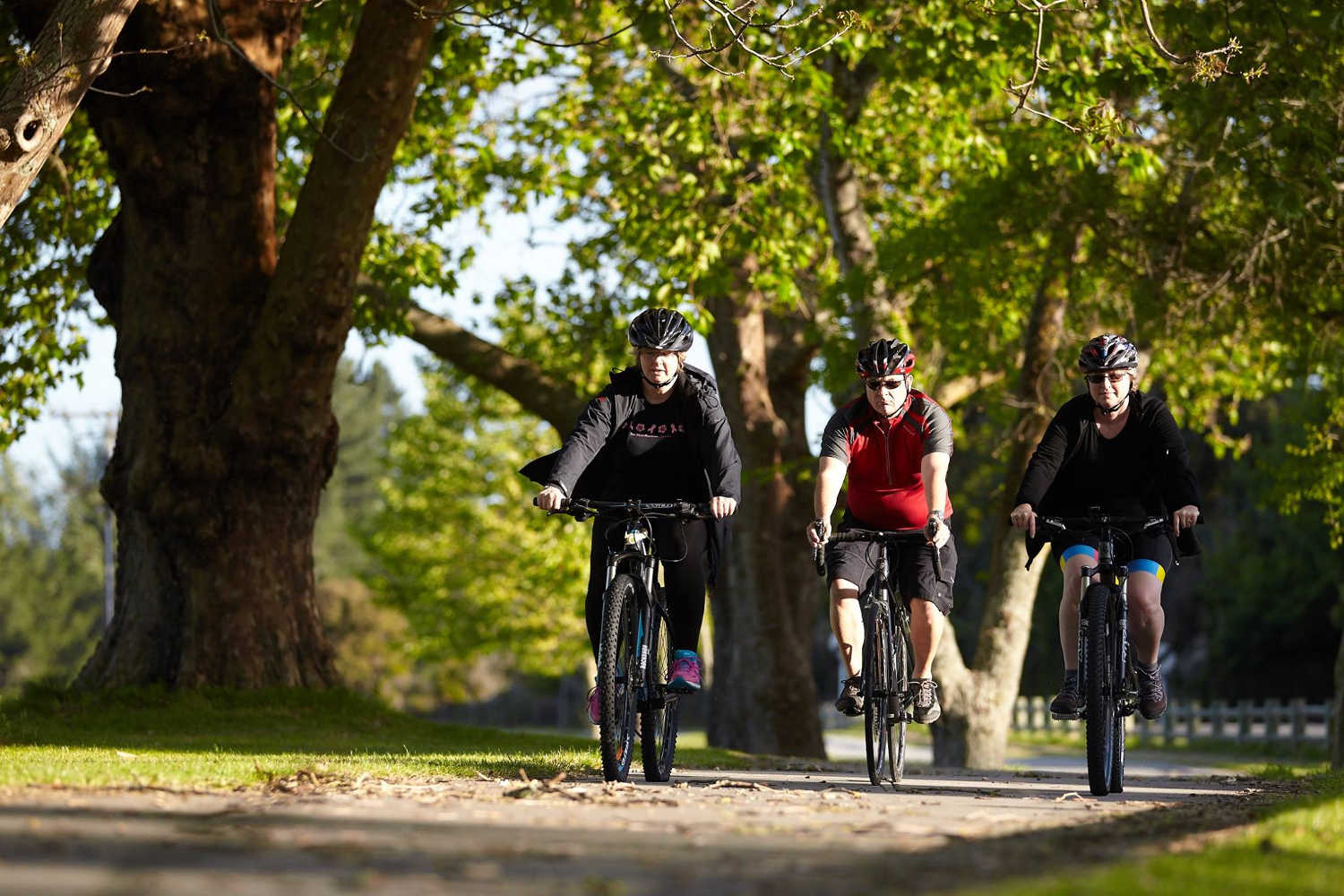 ‘Hamilton’s river paths are among the city’s most popular parks, favoured by runners, walkers and cyclists. The path network stretches north and south along the Waikato River and in several locations links to other popular parks throughout the city.

Along the western (city) side of the river, the path runs the length of the city, from Cobham Bridge to Horotiu Bridge. On the eastern side of the river the path is not continuous, but provides great links to the city’s bridges and other parks and recreational facilities, including Hamilton Gardens, Memorial Park and Munro’s Walkway. Path users can criss-cross the river using the seven bridges – Cobham, Anzac, Claudelands, Boundary Road, Fairfield, Pukete traffic and Braithwaite foot bridge. Best 10 short walks in the Bay of Plenty

Short walks & hikes in New Zealand attractions, things to do, places to go

What do you think about “Waikato Te Awa shared pathway trail attractions, things to do”?