Hobbiton attraction, things to do and what to see

Hobbiton is one of New Zealand’s premier attractions. The Hobbiton movie set and film location for Lord of the Rings trilogy is the recreated village for fantasy people, Hobbits.

IS IT WORTH GOING TO HOBBITON, NEW ZEALAND? 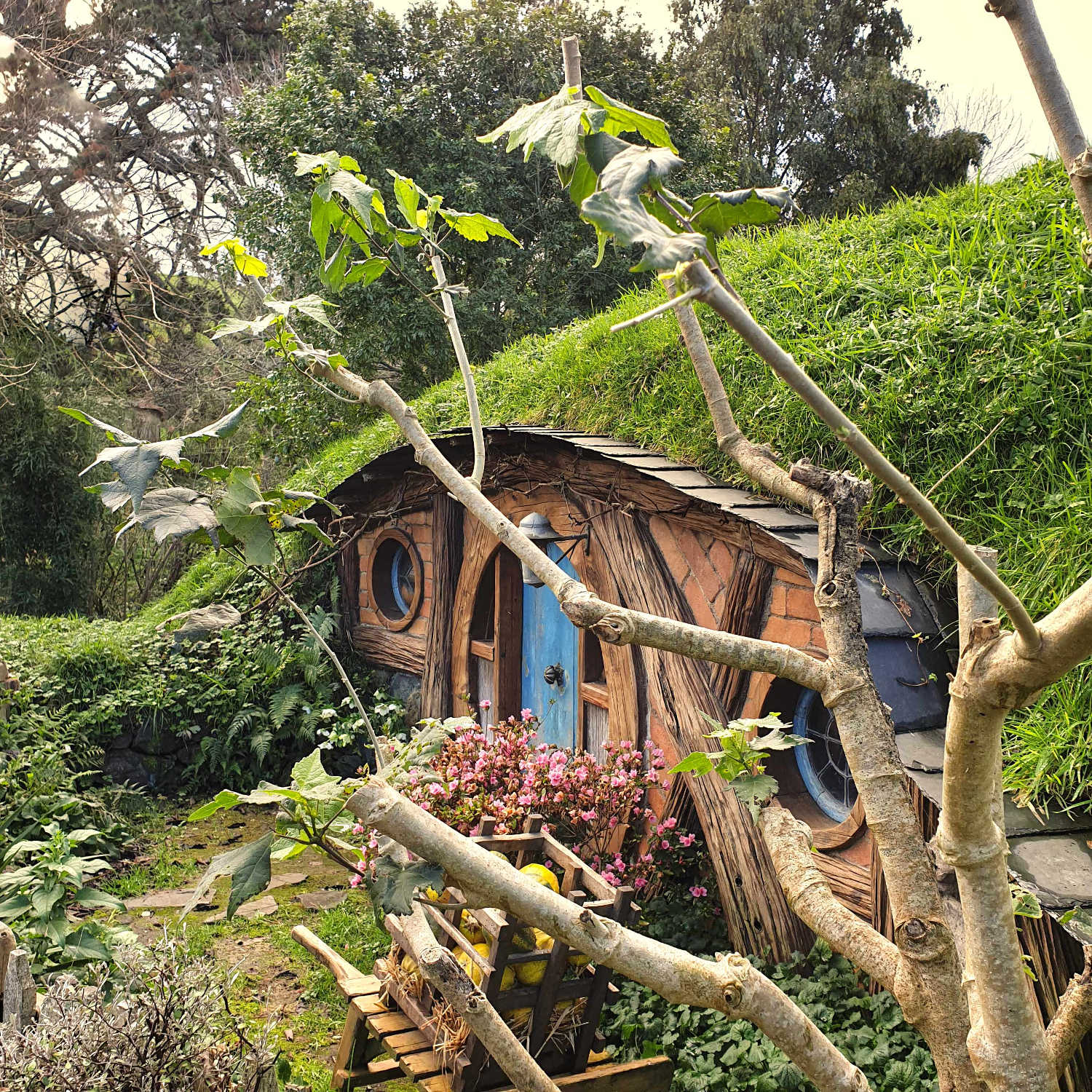 Visitors are going to a film set location with over 44 Hobbit dwellings nestled into the hillsides with their characteristic round doors. The attraction is accessible only through guided tours

CAN YOU WALK AROUND HOBBITON BY YOURSELF?

Visitors cannot walk around Hobbiton by themselves. The guided tour guide is very firm about keeping to the path, not entering any Hobbiton hole and following their lead. 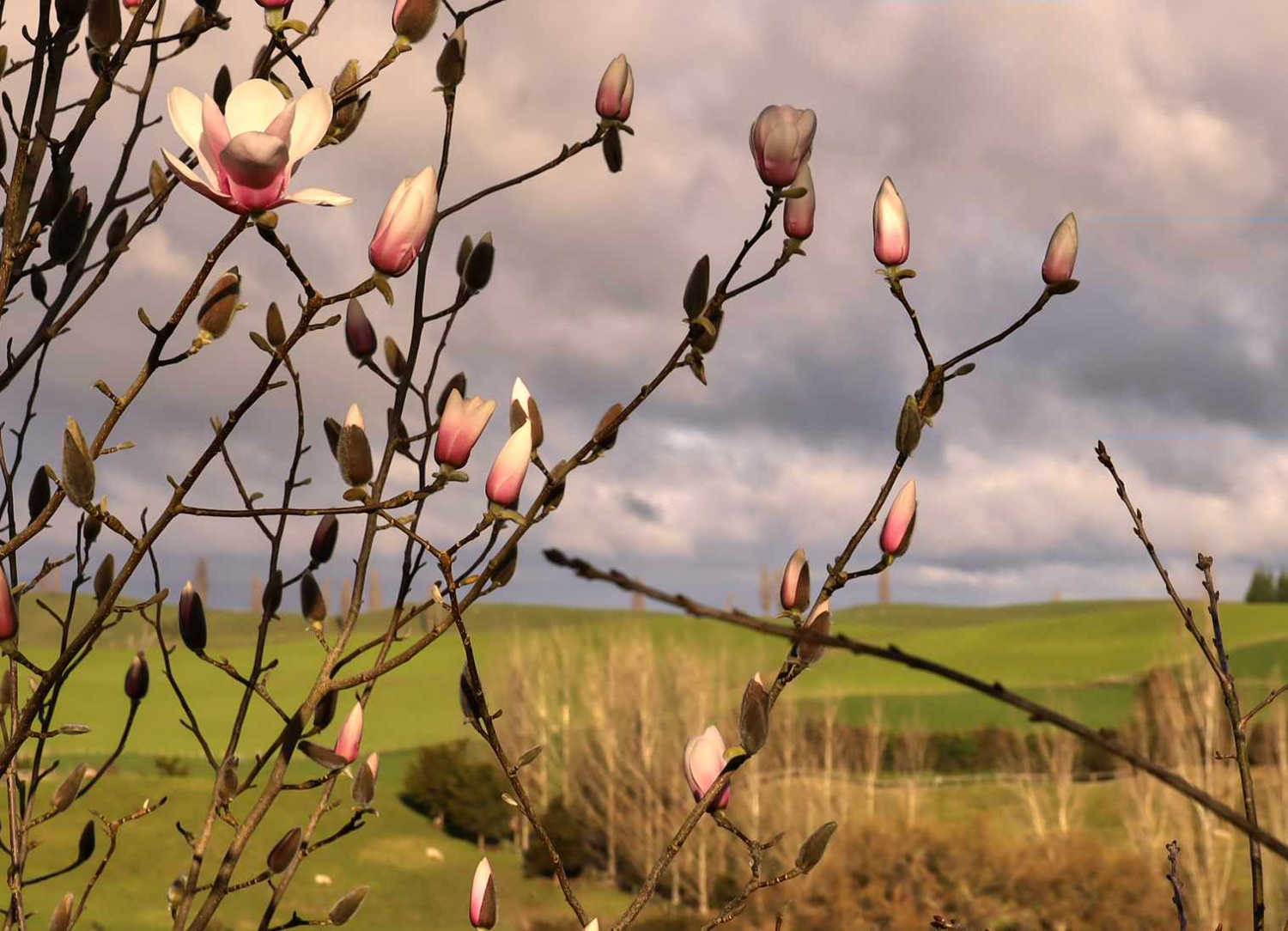 WHAT DOES THE HOBBITON TOUR DO? 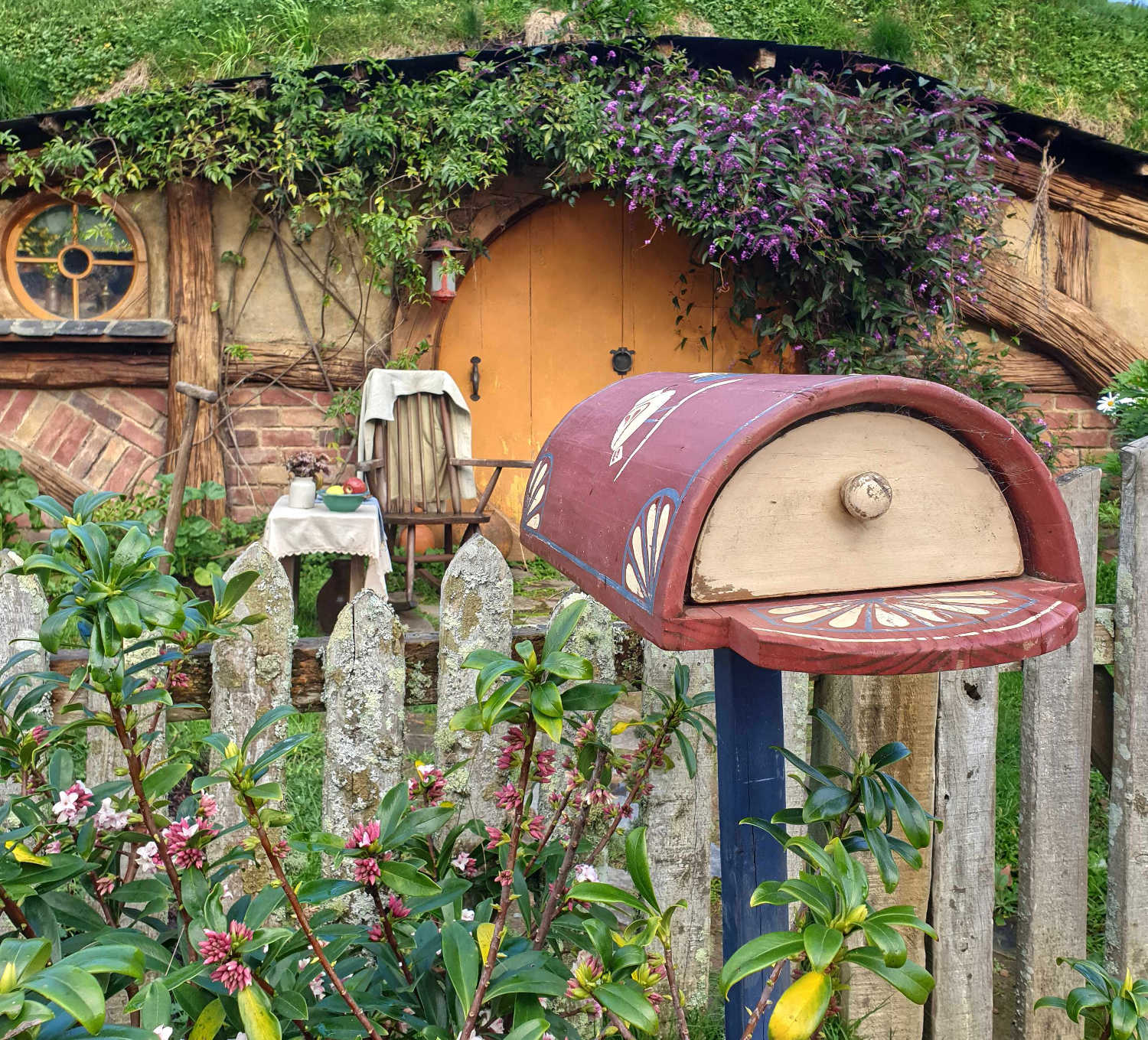 The Hobbiton tour is focused on the daily lives of fantastical Hobbit characters. The tour price is not cheap for an hour and half guided walk.

The tour commences with a short bus ride to the Hobbiton village. The guide explains the guide guidelines and there is a short video introducing you to the fim director Sir Peter Jackson and Russell Alexander the property owner. The majority of tour is a walk around the village. There is fifteen minutes in the Green Dragon Inn where visitors are offered liquid refreshments.

DOES HOBBITON HAVE THINGS TO DO APART FROM WALKING AROUND THE VILLAGE?

Hobbiton is not Disneyland with themed rides and things to do. The village set is static.

Hobbiton village is beautifully maintained with over 44 Hobbit ‘holes’ or doorway entrances. Each dwelling reflects the nature of the job the Hobbits have from the baker, the shoemaker, the gardener to local village drunk.

IS THE HOBBITON TOUR EXPENSIVE?

The tour price is in excess of NZ$100 for just over an hour guided tour.

HOW FAR AWAY FROM THE NEAREST TOWN IS HOBBITON? 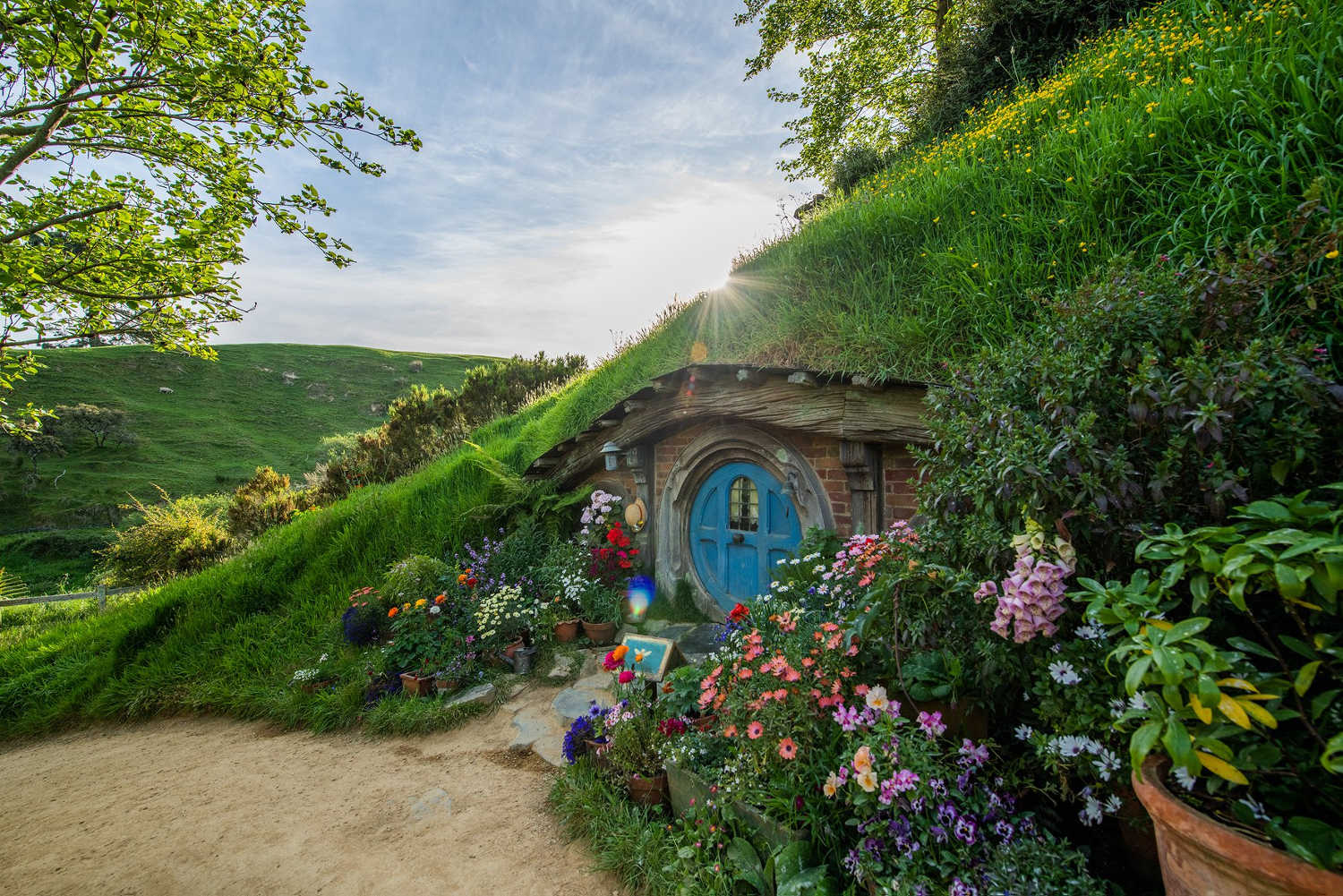 Hobbiton is in the countryside located on the Alexander’s working farm. It is approximately 9 km from the small town of Matamata. There are regular pickups from the Matamata visitor information centre.

According to the guides over 40% of the visitors have not seen any of the movies. (The first movie was released in December 2001).  And even more have not read the books, Lord of the Rings. While visitors could be attracted to the concept of a movie set location Hobbiton is not a theme park, There are no people dressed as Hobbits or interactive activities such as rides, events or shows to watch. Effectively visitors are walking for an hour with the guide pointing out where film scenes were filmed.

The guides are very polished and professional; it is no mean feat sheparding a bus load of visitors around a village and ensuring everyone is following the rules. The bus load of tourists is 30 plus visitors in any one group.

CAN YOU GO INSIDE A HOBBIT HOLE?

Not really, one door is open and you can peer inside. The actual interior film scenes were shot in the Wellington Weta Workshop film studios. Hobbiton has not recreated any interiors for visitors to either wander around or view. 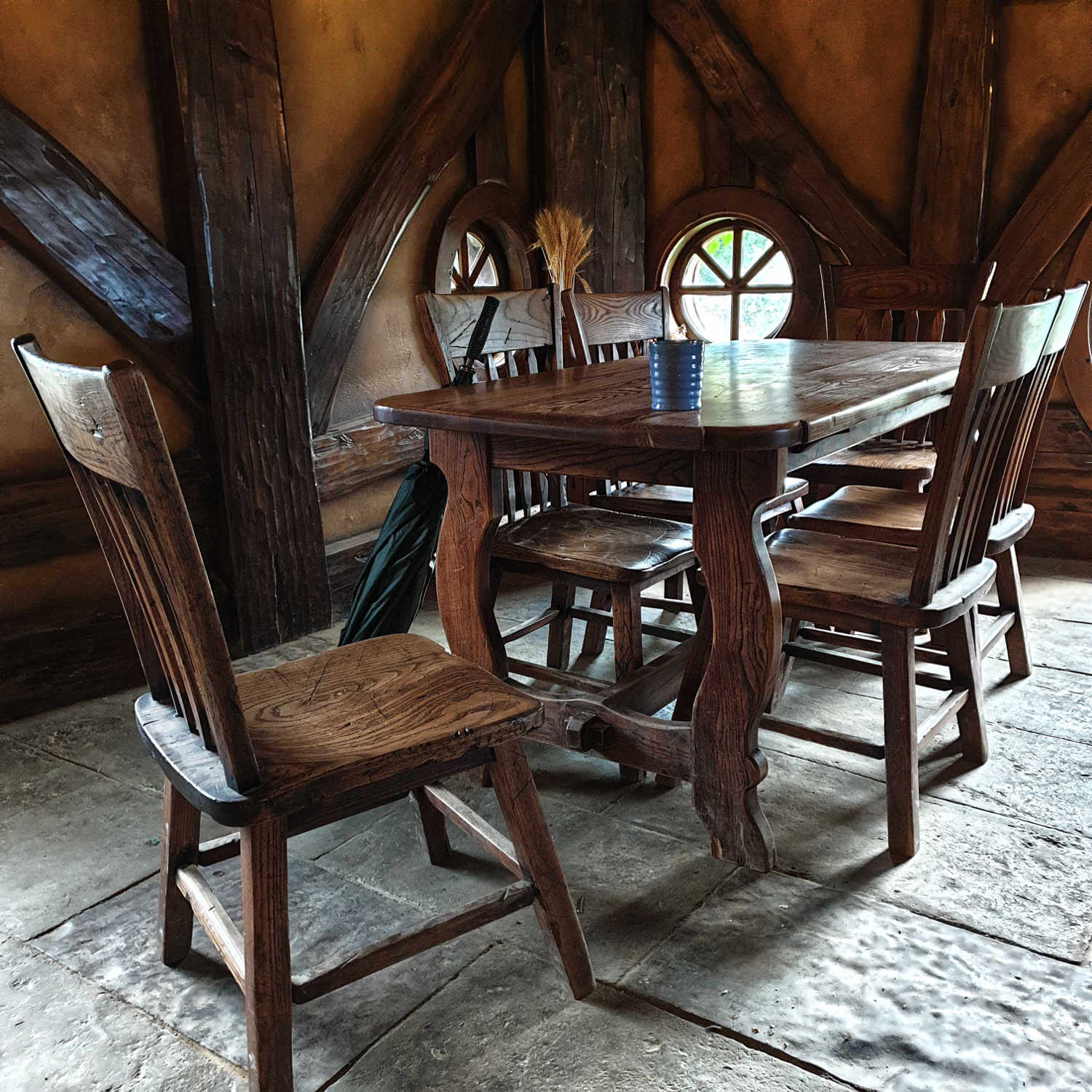 CAN YOU VISIT HOBBITON YEAR ROUND? 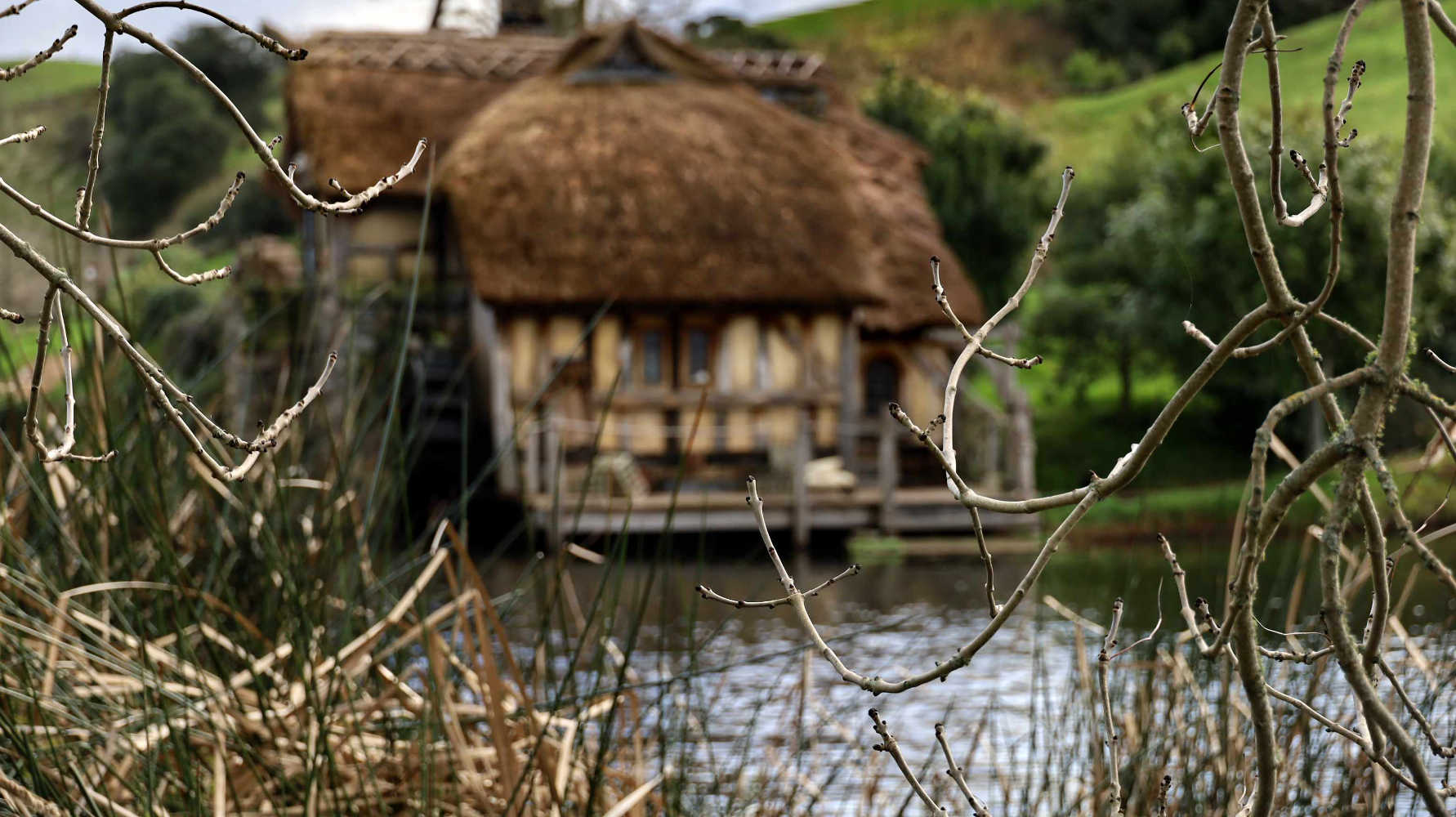 Yes, you can visit Hobbiton year round with the guide offering umbrellas in case it rains. While you are outside for the duration of the tour the paths are reasonably firm although firm footwear is strongly recommended due to the potential to slip on the muddy boardwalks.

Hobbiton is child friendly and the imagination of children will be gripped by a fantasy world of tiny people living in dwellings, ‘holes’ dug into the hillsides. Although if the kids are expecting themed entertainment they will be disappointed. 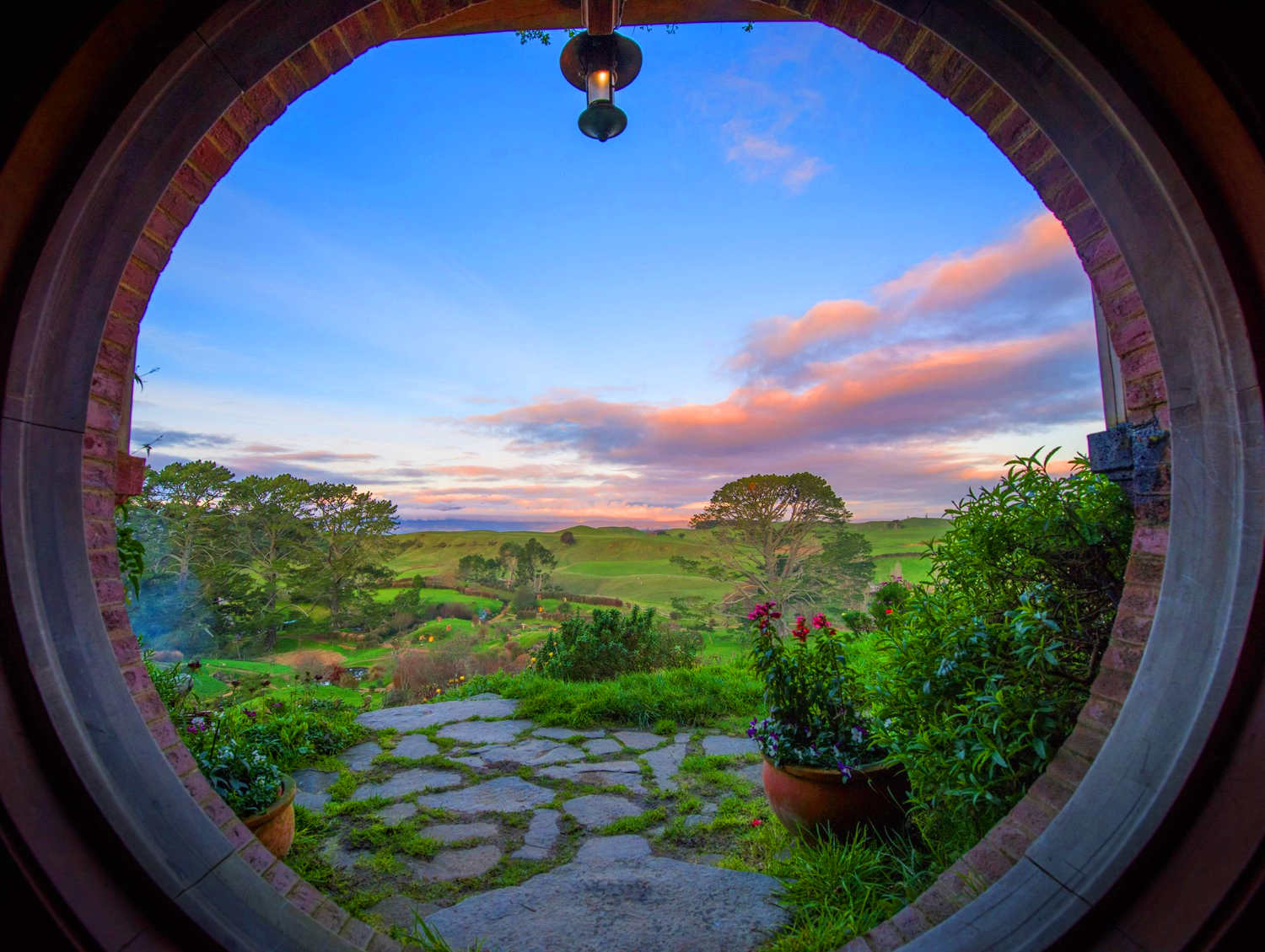 What do you think about “Hobbiton attraction, things to do and what to see”?