Places to go and things to see, South Island

Alpine views around Arthur’s Pass without the steep mountainous climbs. The well marked track is a superb day walk exploring the area with kea parrots, a distinct possibility around the historic 1865 Bealey Hut. 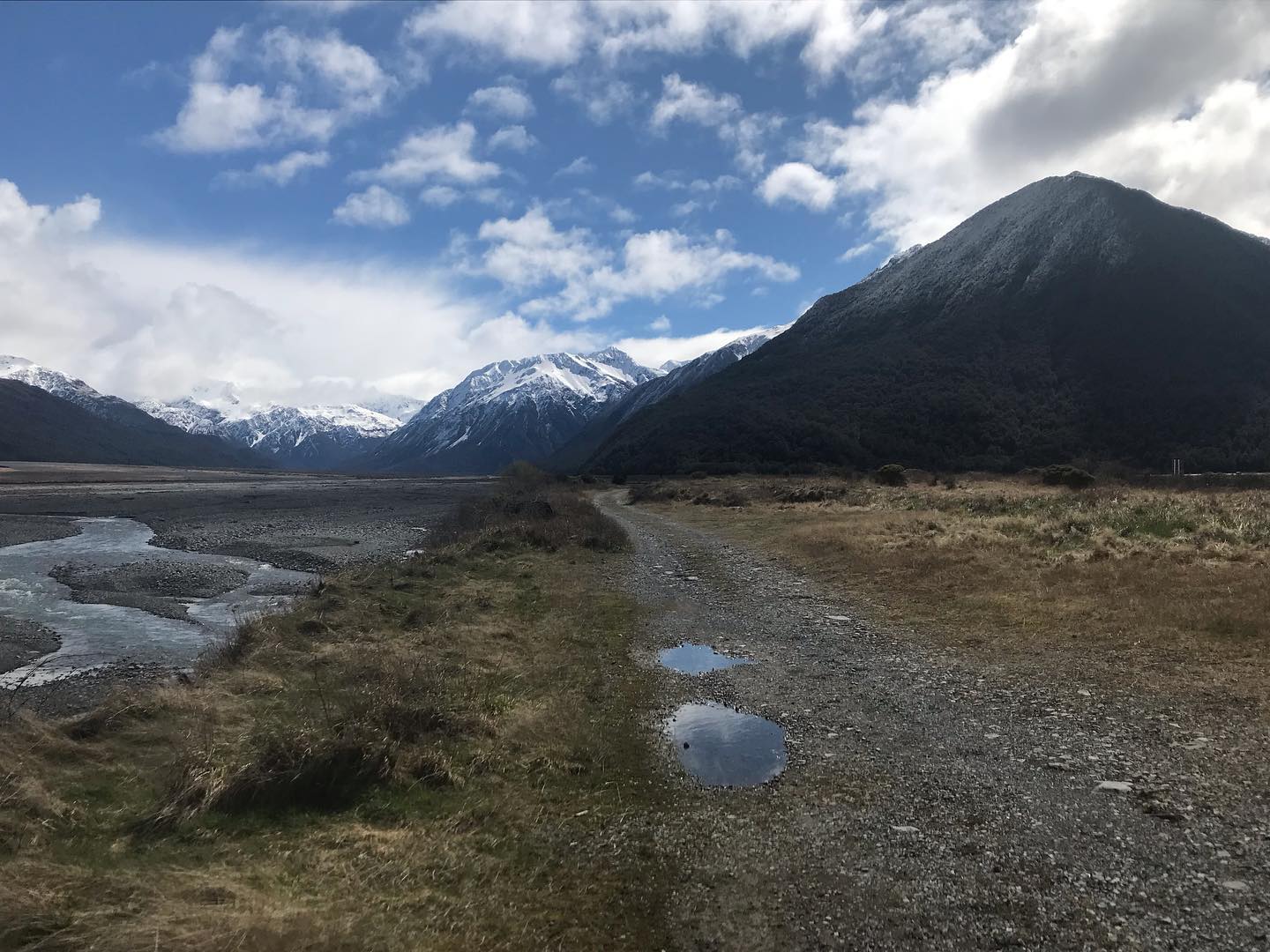 South Island mountain beech forest, mossy branches and dappled light is impossibly pretty. While the tree roots make the track uneven just walk slower and savour the forest sounds. In spring native red mistletoe graces the trees. It is relatively rare so look up in the canopy for bursts of spring scarlet blooms.

A spray of vivid red mistletoe, Peraxilla colensoi, was illustrated on a former $2 paper note.  The threatened species is on the endangered plant list.

The beech forest recedes as you climb upwards through manuka scrub with cliff face views of the Bruce stream. From Craigieburn Forest Park you have crossed into the Arthur’s Pass National Park. Tussock, stands of native forest and panoramic views are a treat as the braided Waimakariri River swings into view. The track becomes a boardwalk through alpine wetland (tarns) to a climb through forest, tussock to the iconic green 1865 mustering hut. The hut is a clearing with plenty of room for impromptu camping. The Bealey Hutt, known as TOP HUT. 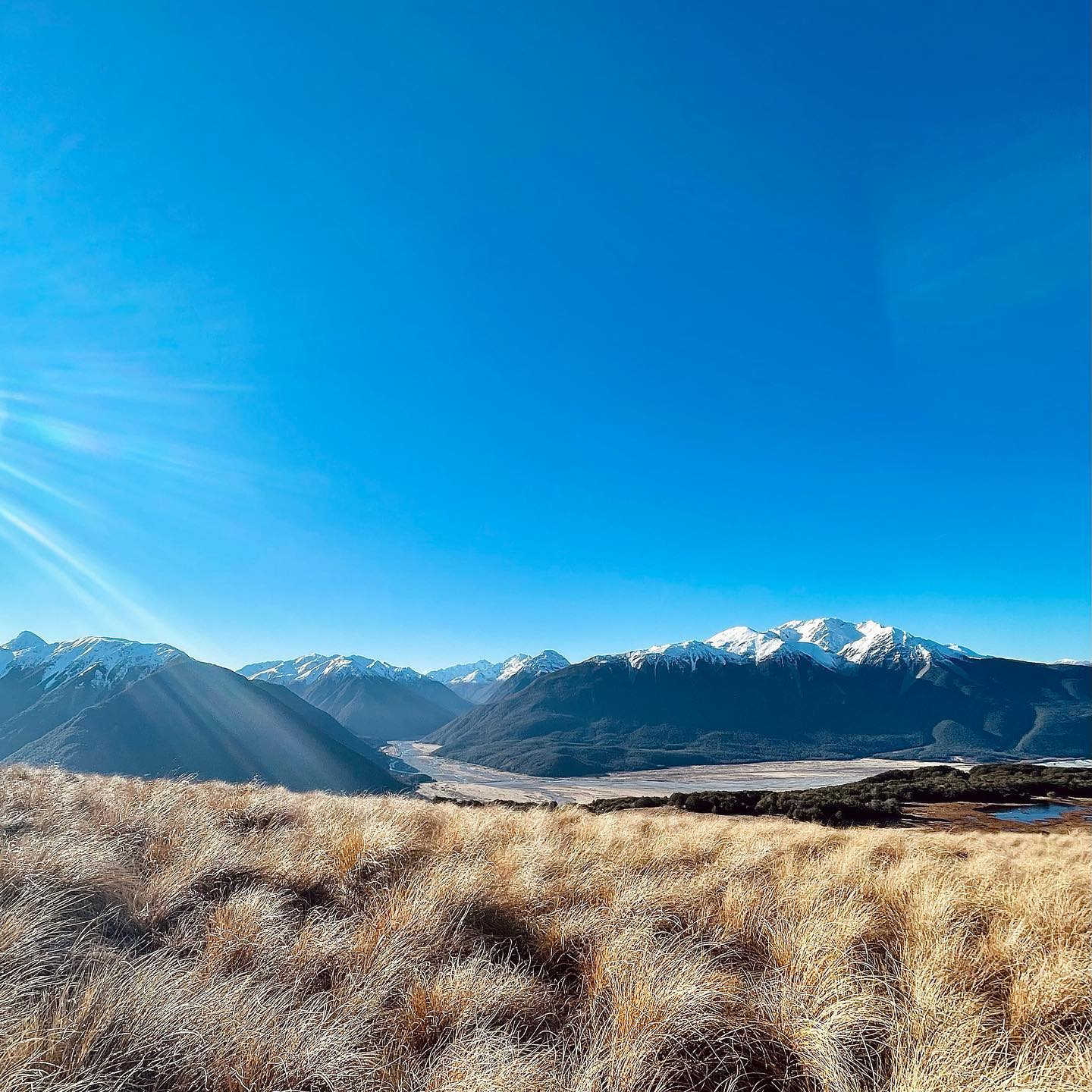 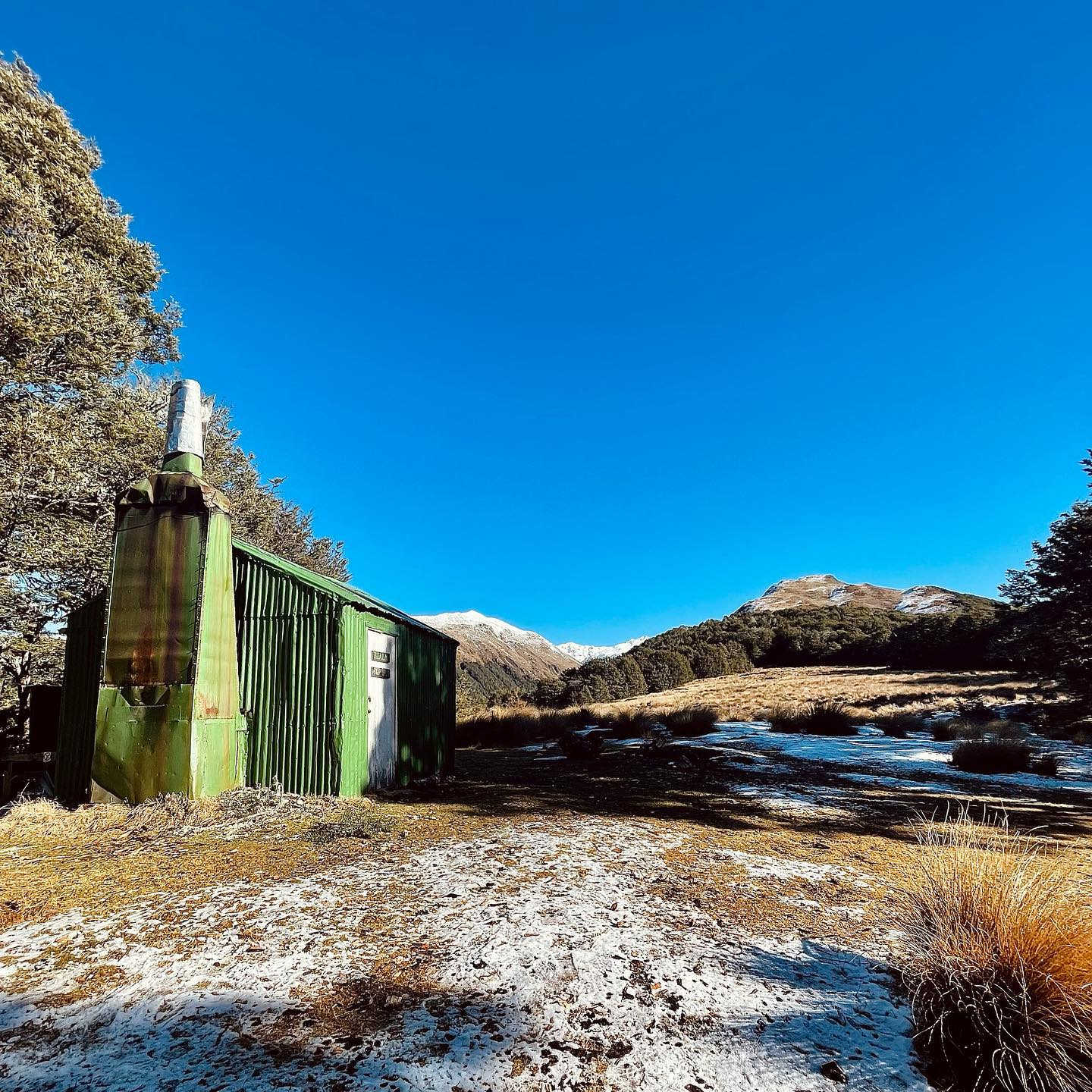 The green hut sits on the edge of a clearing with ample space for camping nearby. The hut is corrugated iron with beech pole framing. An historic musterers’ hut, it was known as Top Hut and used by Cora Lynn Station. There is a paddock fence and dog kennel remains around the hut. it received its first coat of paint as recently as 1997.

The track appeals as it does not go above the bush line into the high reaches of the mountains. It is a relatively gradual track climbing 600 metres from the car park. The well marked trail is a popular summer day walk.

GETTING TO BEALEY SPUR 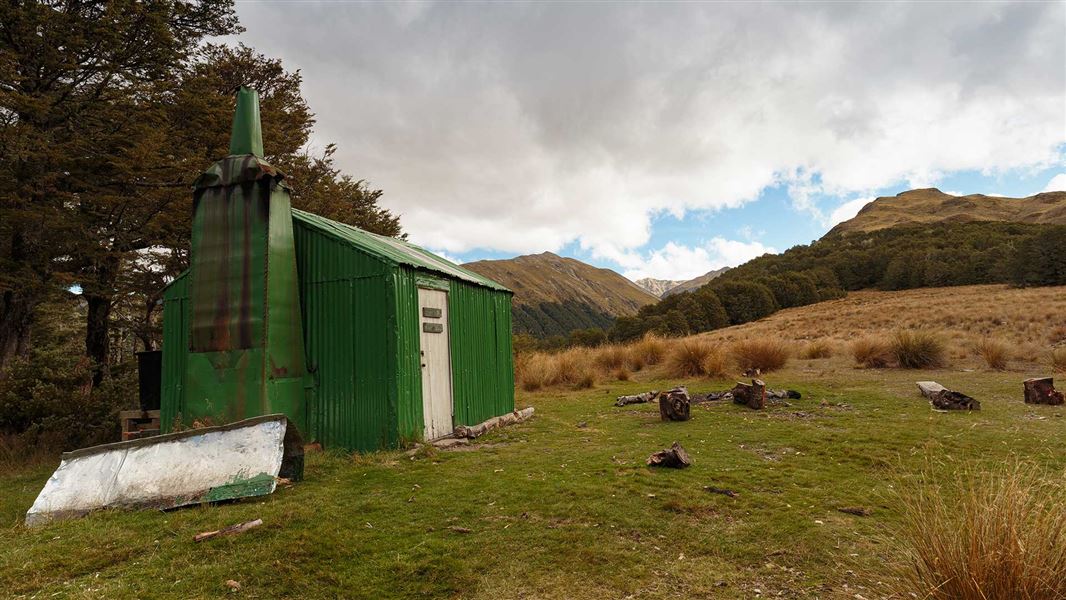 Carry water sufficient for the day as either the tank water is depleted and/or requires boiling. Plan to camp outside the Hut as it is a popular summer destination. 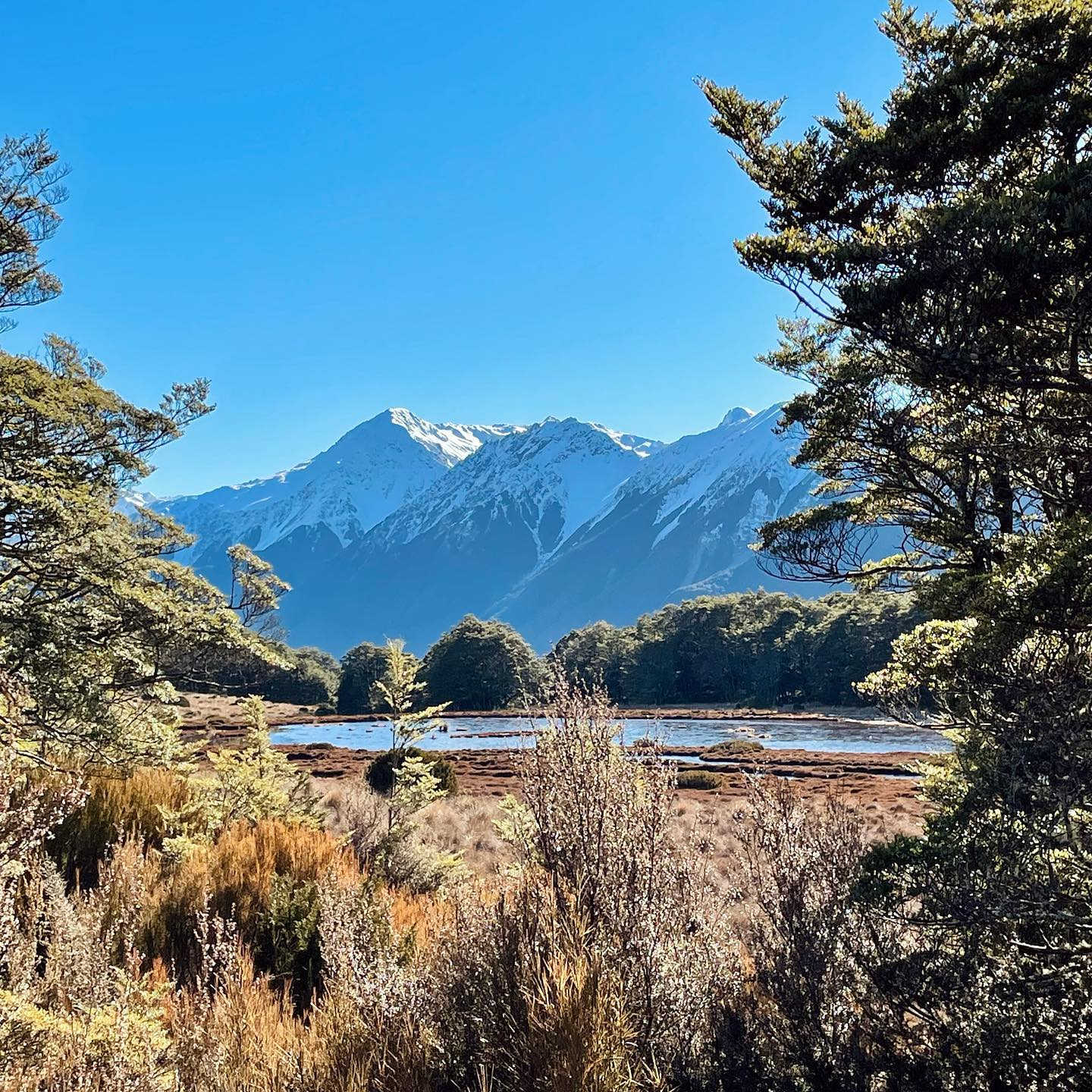 Climb to the summit (1545 metres) with its panoramic views. The climb is between 1 ½ to 2 hours (return, unmarked and steep in places). Hiking experience is strongly recommended.

You are in alpine territory, prepare accordingly and consult local weather conditions and carry supplies. This walk is part of the New Zealand unforgettable day walks series.

The Hut: The hut was built by Walter Taylor and Harry Faulkner, owners of Cora Lynn Station in 1935 and used as a base for Cora Lynn’s high country muster of the “Powers Country” which grazed up to 6000 sheep. It is also known as Top Hut and in the past has been known as Musterer’s, or Top Horse Hut. Remains of corrugated iron dog kennels and the horse/sheep holding paddock fence are in the vicinity of the hut. Use of the hut for mustering ceased when the land was retired in 1978 and added to Arthur’s Pass National Park.

Bealey Spur Hut is a beech sapling-framed; corrugated iron-clad hut with a wooden floor. It has an open fire with a flat tin chimney and there are six spring mesh bunks attached to beach pole framing. These replaced the original uncomfortable diamond-mesh netting and chaff sack mattress bunks that the musterer’s had to endure. These were said to be “almost as hard as a fakir’s bed of nails”.

There is no window (although there is evidence that there was once one in the south wall) and daylight to the interior is provided by a sheet of corrugated Nova light in the roof. Tank water is available and a pit toilet is nearby. The hut was painted for the first time (by persons unknown) in 1997. 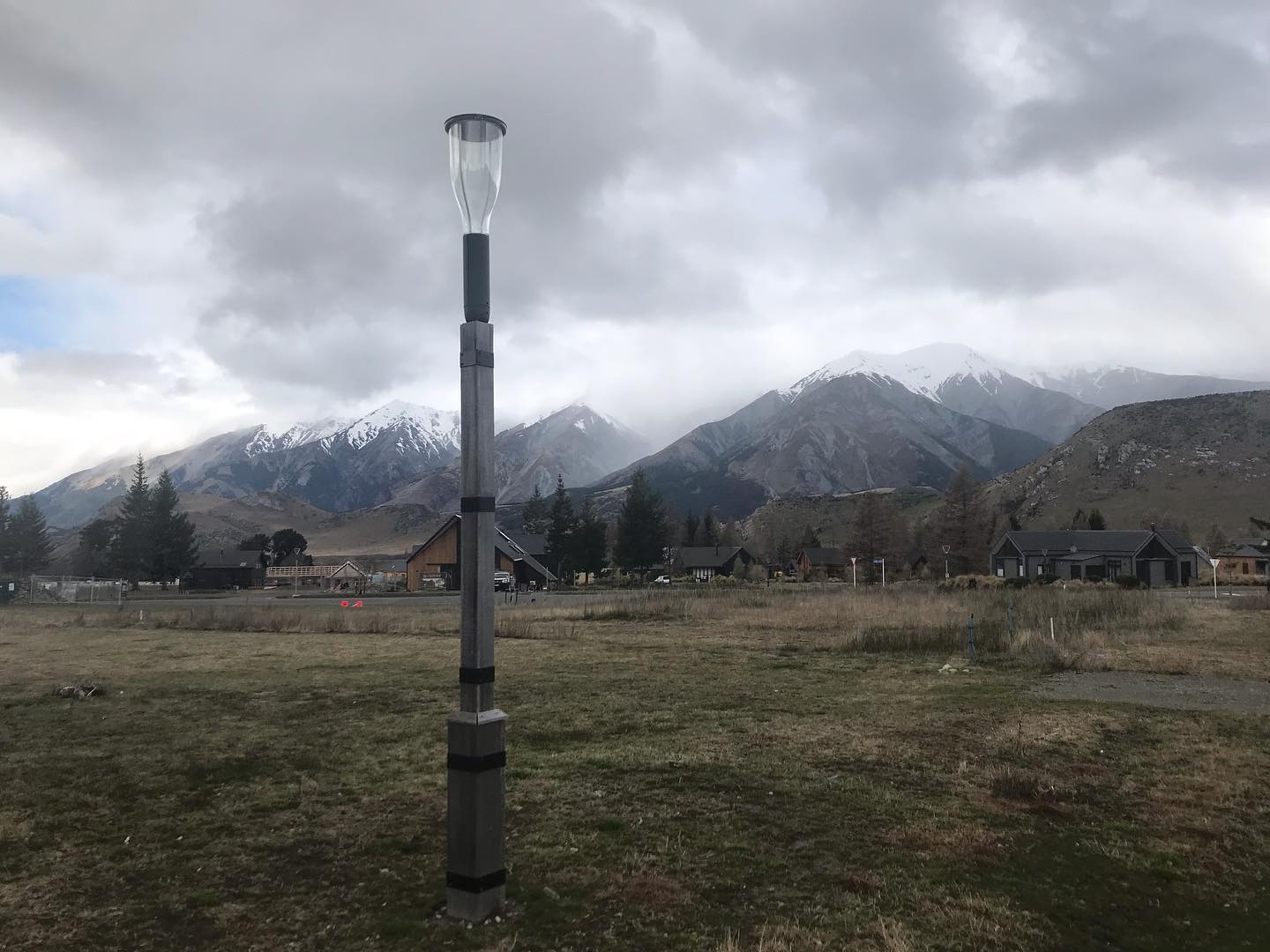 What do you think about “Unforgettable Bealey Spur day walk, Arthurs pass”?