HOW MANY PEOPLE HAVE BEEN TO SOAMES ISLAND?

An inviting picturesque island bang smack in the middle of the harbour invites the question, what happened there? A great video of the island makes you want to lace up your tramping boots and immediately go over to visit.

A great place to visit with a ferry ride across the harbour setting the scene. You are in an arena where nature is in charge and life is governed by the weather, the sea and the seasons. The area has a chequered history as a quarantine station, a prisoner of war camp both in World War I and World War II and a military defence position.

Earliest human occupation is evident with midden sites, discarded tools and artefacts which are either displayed in the Visitor Centre or on loan to Te Papa. The island was named Matiu by Kupe, after the Europeans settled here, the island was renamed Somes Island after Joseph Somes. In 1997, the island became officially known as Matiu-Somes Island.

Since the nineteenth century the island has had a quarantine station. Suspected cases of diseases like typhoid, smallpox and scarlet fever were compelled to stop there. Near the jetty on the eastern side of the island lies the remains of a fumigation shed where those suspected of infection were cleansed with noxious gases. After World War II the island became the principal quarantine station for animals until the late 1960’s. The island’s animal quarantine past is further explained at Matiu Somes Island website. 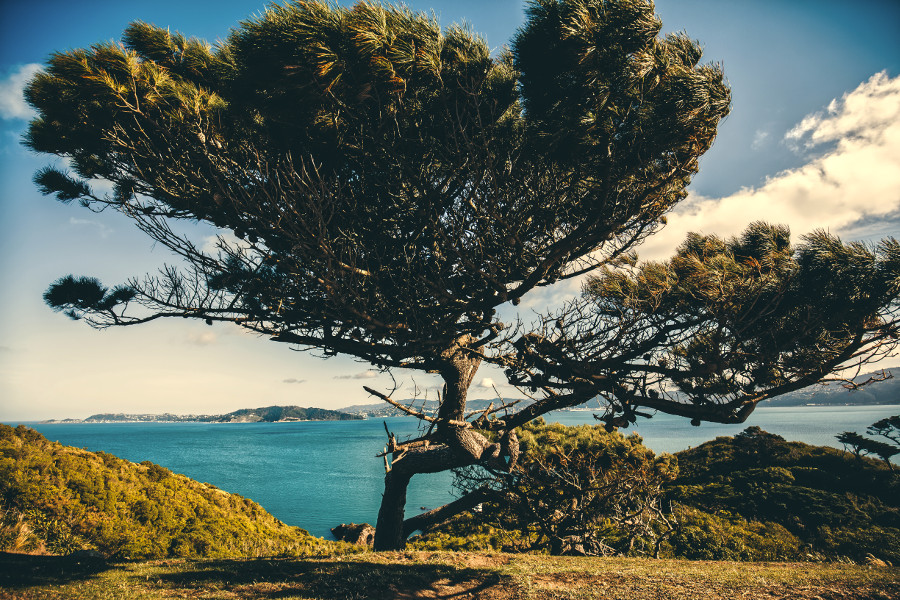 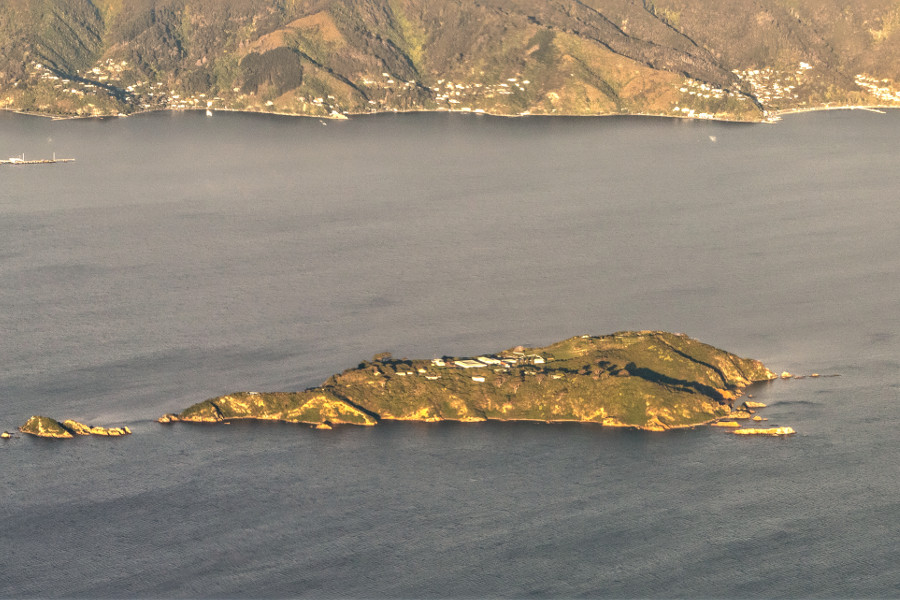 The lighthouse has illuminated the harbour since 1900. Up until 1924, there were lightkeepers living on the island. Today the lighthouse still functions although it is automated. The island is managed by the Department of Conservation with an onsite ranger and volunteers ensuring the island is predator free. The island became rat-free in the 1980s and is now home to the world’s smallest penguin, weta, geckos, tuatara, and a whole host of birds such as parakeets, robins relocated from Kapiti Island.

Today the island has over 20,000 visitors a year. The history, the predator free status with a thriving eco-system and an island home to unique birds and wildlife draws people to spend a day on the island. The Department of Conservation has plans  for a deck for tuatara viewing, more interpretation panels to find genuine anti-aircraft guns to restore the four concrete gun emplacements on the summit. 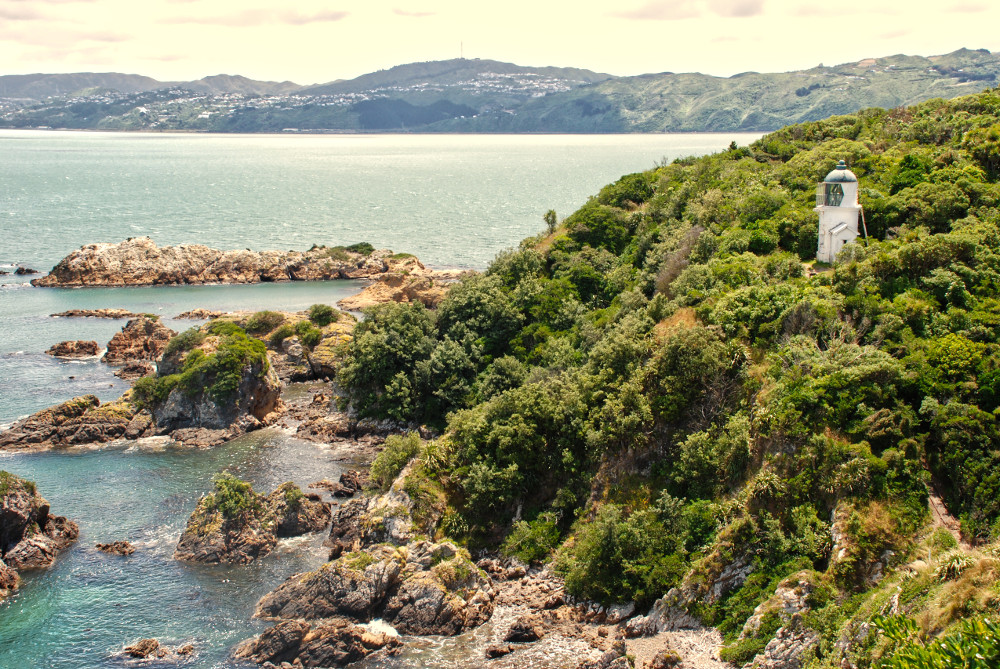 WHAT TO SEE AND DO

The initial stop is the Visitor Centre where the island’s history is part of an interpretative display. There are no fees other than your ferry tickets. 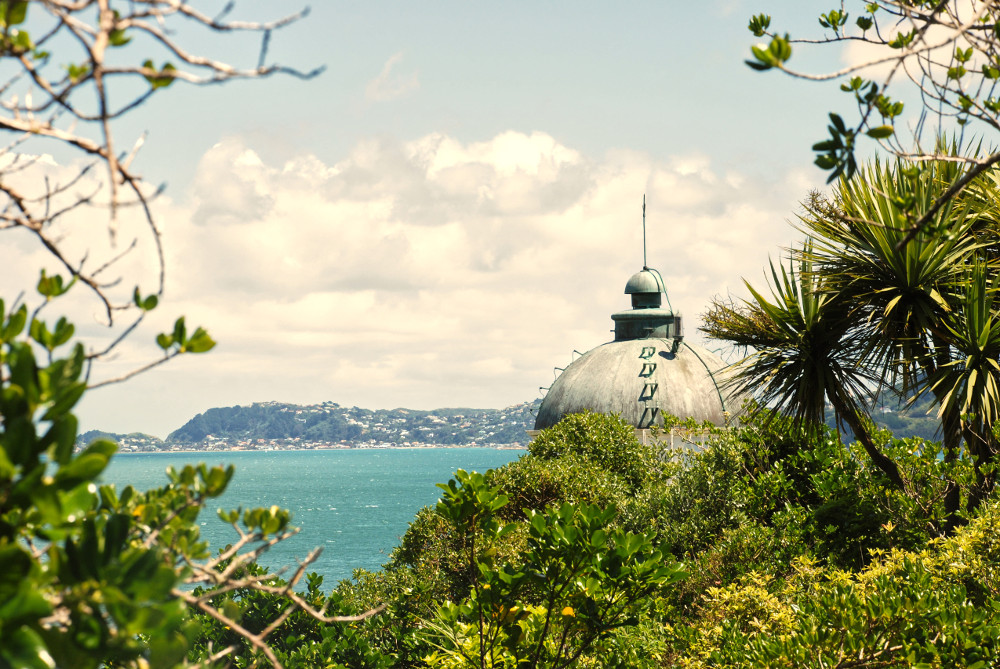 Top of lighthouse on Matiu Somes Island overlooking harbour
2
The island is 25 hectares and covered in bush.

Your afternoon on the island is enough time to walk the loop track around the island.

@haydenwilliamsphotography
3
You can stay overnight relaxing into the peace and quiet of an island solitude.

Somes Island @kieferkirtland
4
The sheep on Matiu Island are a selfie moment for visitors who have not got close encough for sheep themed selfies.

According to the Stuff article the sheep  provide the resident Department of Conservation rangers with a food source and lawn- mowing services.

New Zealand fantail, Somes Island @mykey8
6
Perhaps the intrepid will take a dip in the sea it is likely to be cool even in summer.

The beach is five minutes from the ferry wharf. The beach is a pebbled and the water shallow. A great spot for your picnic lunch even if you don’t take a dip.

@gengwen15n4
7
Find the weta hotel on the loop track.

Note there are few sections where there are cliff top drops so supervise children. Most of the walk is reasonably flat with minimal elevation.

A pair of lovely Cook Strait Giant Weta @hendriksannemieke
8
Volunteering On Somes Island you can apply online and the DOC workers on the island will be more than happy to put you to work keeping the island in good condition for future visitors.

CAN YOU SLEEP ON SOMES ISLAND?

The Department of Conservation website has a description of accommodation options with online booking facilities. Campgrounds 12 spaces for camping, you’re welcome to pitch your tent in the sheep paddoicl near the visitor center. It is an unpowered campground. A lodge: The three bedroom lodge on the island is available for up to eight people to sleep in at night. You’ll need to book online in advance, and be sure to check what is and isn’t allowed in advance.

Somes Island is serviced by East by West ferries. The majority of ferry services between Days Bay and Queens Wharf (near Te Papa) don’t stop off at Somes Island so be sure to plan which ferries you’ll catch before you make plans to visit Somes Island.

The ferry from Queens Wharf to Somes Island takes 25 minutes. Here are the instructions from the official Matiu website, “You can get to Matiu/Somes Island on the scheduled ferry service (external site) which runs between Queens Wharf and Days Bay seven days a week, and from Seatoun on Saturday and Sundays.

We highly recommend groups of more than 20 people, and those staying overnight, book a place on the ferry. In severe weather conditions one or both ferries can be cancelled.

If you arrive by private boat or kayak see the Matiu/Somes Island by boat information.