Find the location of the first documented landing of people in Aotearoa New Zealand. Delve into the murky waters of whaling. Listen to intriguing stories about Molesworth pastoral farming in the alpine high country. Spend time lingering in regional museums uncovering interesting facts and absorbing the photographs of a bygone era.

Let’s get out and about with a selection of 10 easy short walks that embrace the Sounds scenery, offer historic walks through cemeteries and panoramic views of the countryside. For visitors short on time Picton is a very good place to start with trails between pretty quiet beaches, a beautiful view of the harbour from a lookout. Find out more about Marlborough’s heritage in Malborough guide things to do. Always a great start on the heritage trail is the local visitor centre for tips about the latest happenings. 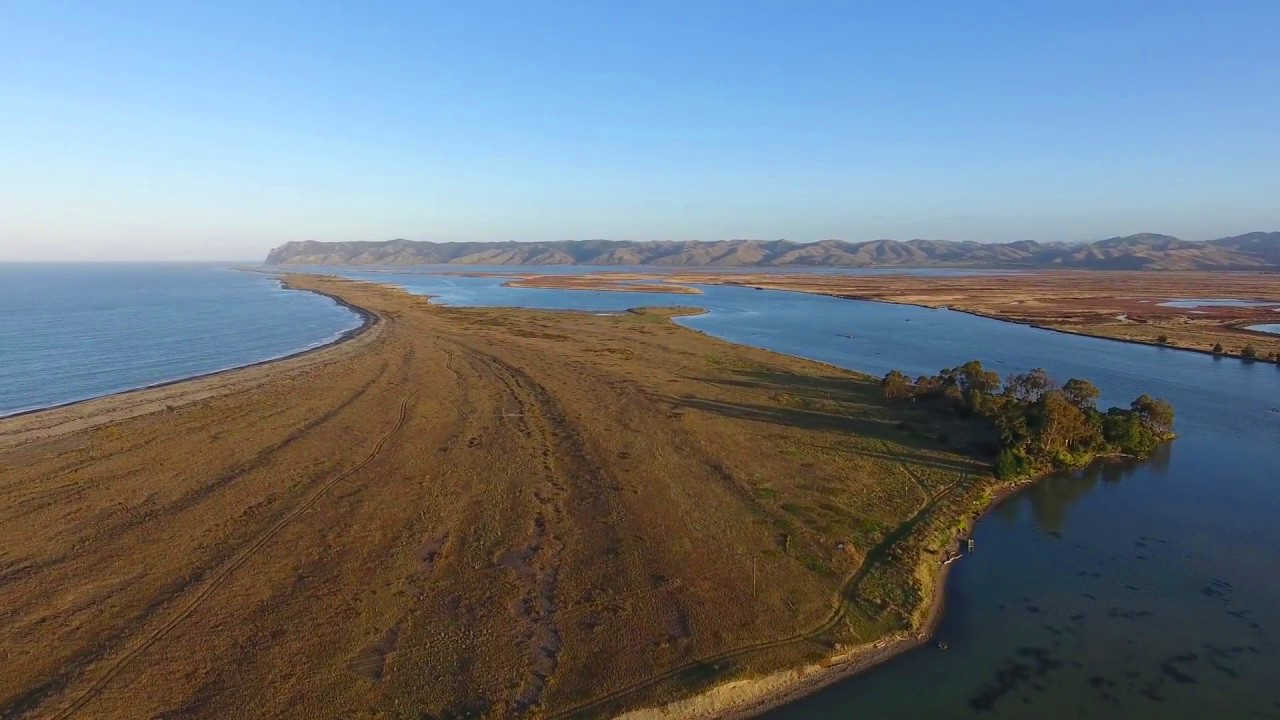 Documented finds are exciting. Physical objects from the past shout the story of Te Pokohiwi o Kupe/Wairau Bar. The gravel bar is where the Wairau River flows into Cloudy Bay. The original height of the bar was likely 2 – 3 metres higher than today. East Polynesians (Society Islands, Marquesas) left archeological evidence from necklaces, bone hunting tools and middens. Today it is a windswept flat coastal landscape where your imagination provides the context for a village and its residents.

Known as the Wairau massacre, then the Wairau incident and today the Wairau affray, the well-documented loss of life, tale of dubious land purchase and the disputes and death of Maori and Europeans is recorded with an onsite information plaque.

At Tuamarina, 10 km north of Blenheim, was the first significant armed conflict between Māori and British settlers after the signing of the Treaty of Waitangi. 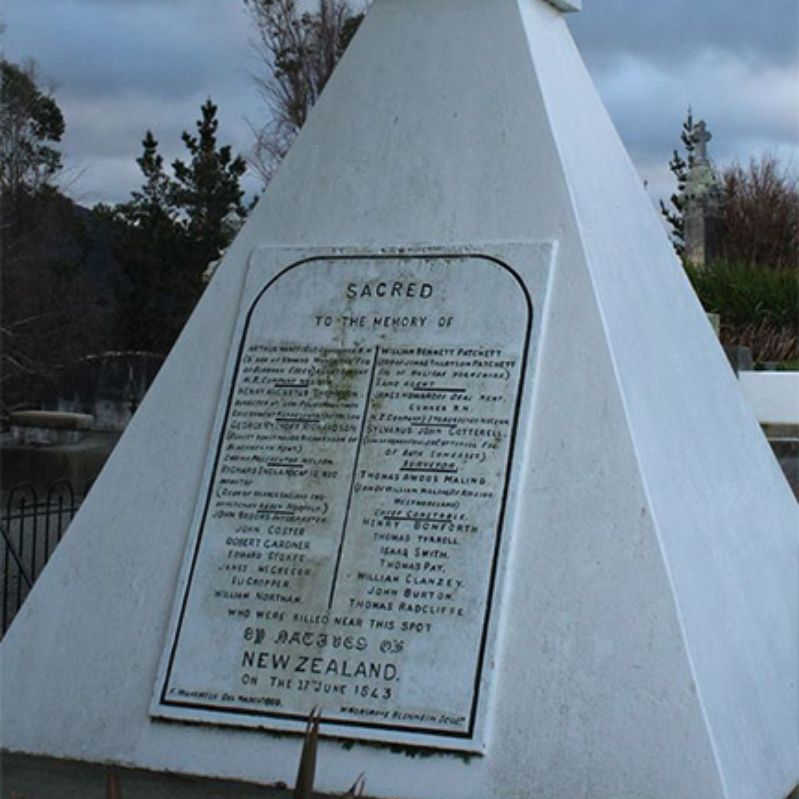 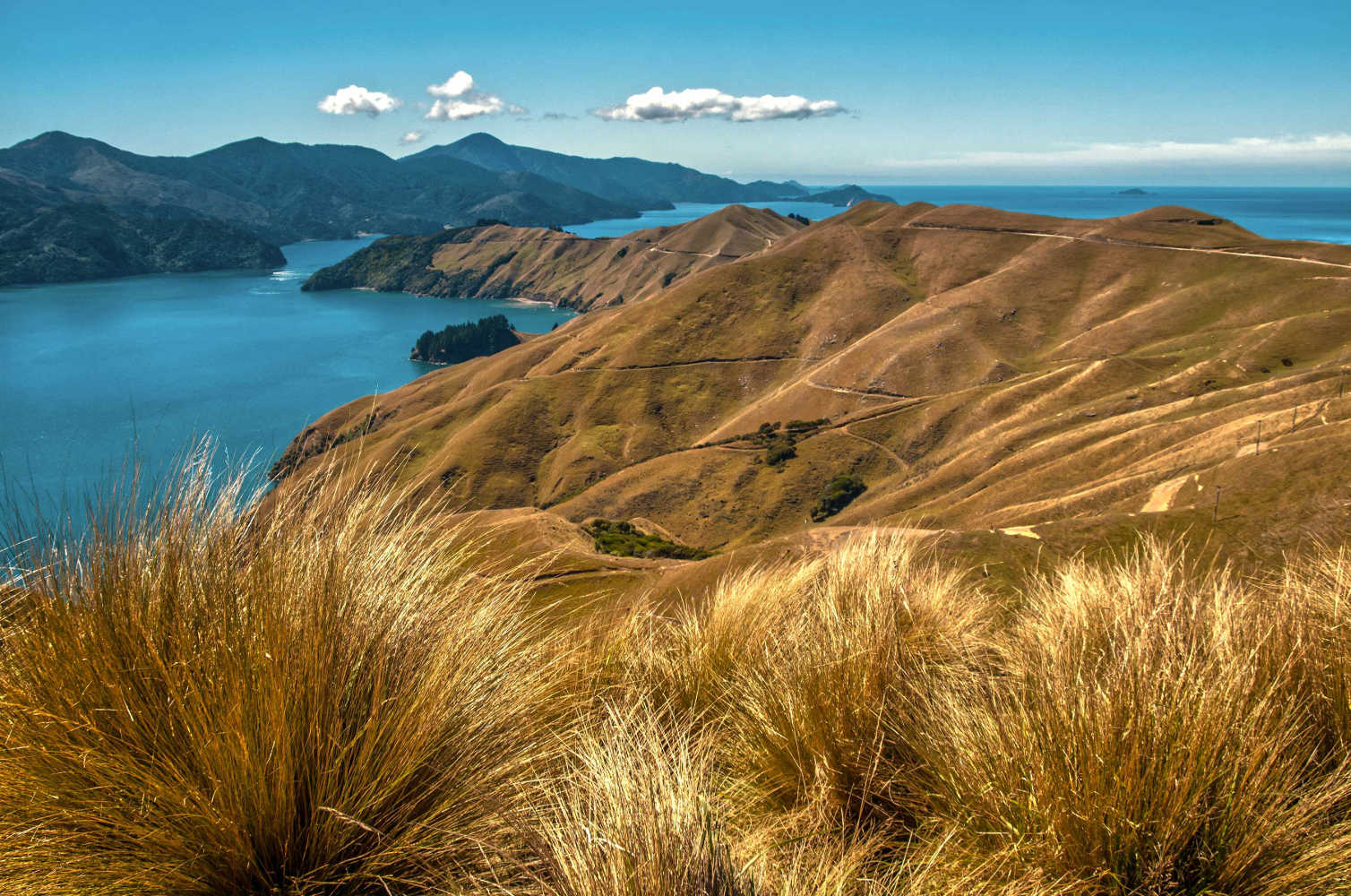 A place of raw stunning beauty Te Aumiti/French Pass is the narrow channel of water between Rangitoto ki te Tonga/D’Urville Island and the South Island at the northern end of the Marlborough Sounds. French Pass shares its name with the nearby settlement originally called Anaru. The fastest tidal flow in NZ has been recorded up to 8 knots.

Getting there You can get to this track from the French Pass Road off SH6 just past Rai Valley. The area is remote and road access is a narrow gravel winding road. For details of French Pass and D’Urville Island Scenic Reserves

You can combine a trip with an exploration of Pelorus River Scenic Reserve. 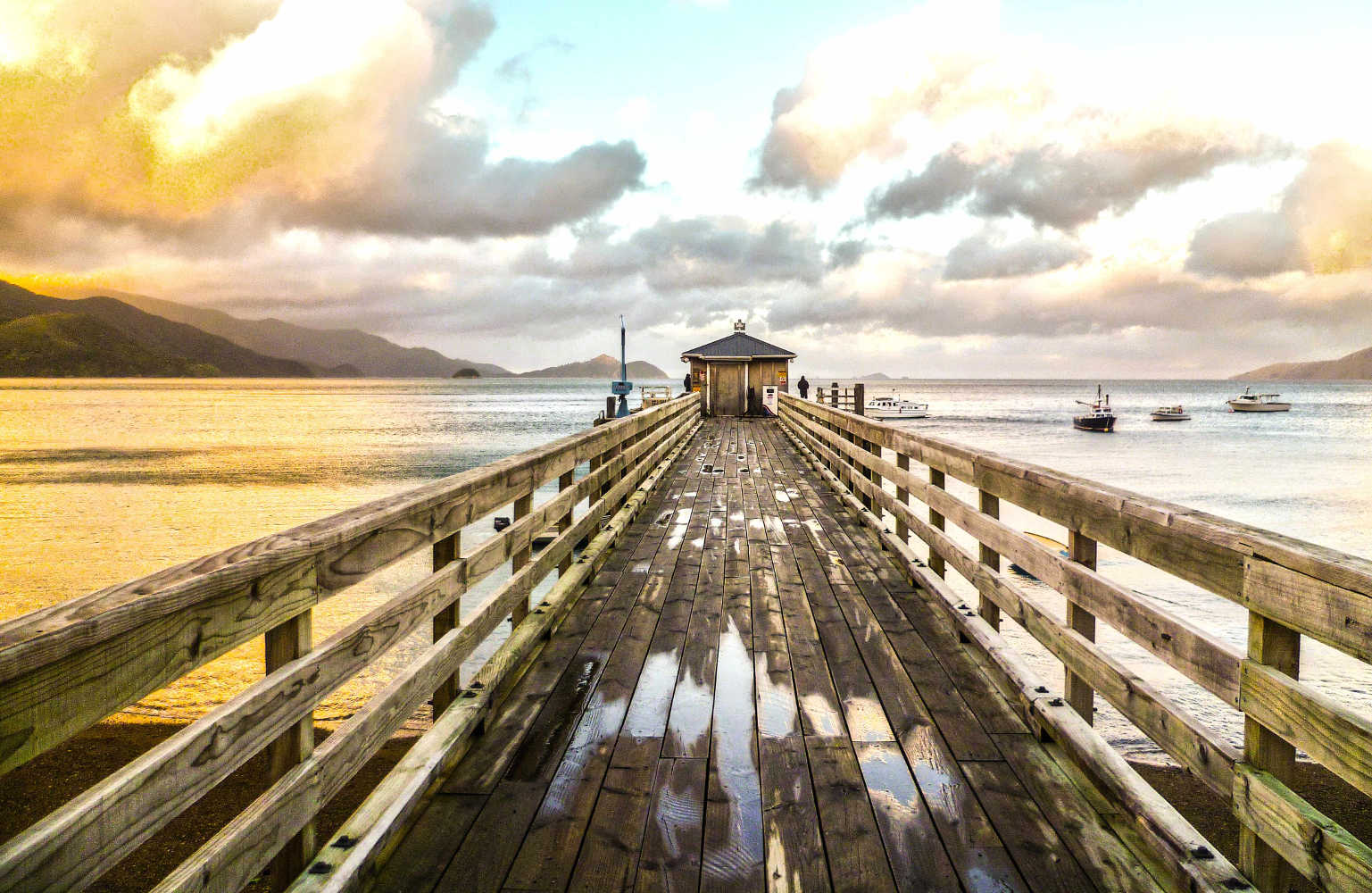 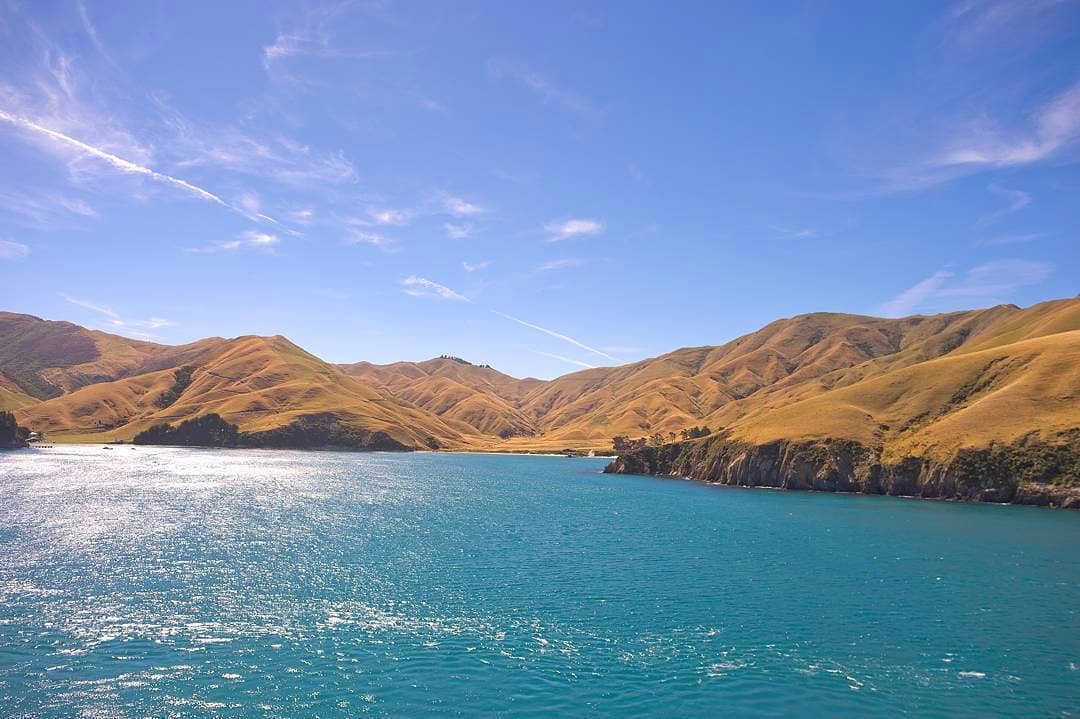 WHALING PAST. John Guard built a shore station at Te Awaiti and from 1911 to 1964 the Perano whaling station at Whekenui Bay was the base for hunting humpback whales. The Whaling Station is an historic site.

On a narrow platform on Arapaoa Island, just above the waterline of Kura te Au/Tory Channel, lie the skeletal concrete and steel remains of a once-thriving whaling station. Whaling ceased in New Zealand in the 1960’s. Today visitors can still see the slipway where whale carcasses were winched out of the water and their blubber stripped off. This was thrown into a digester, which processed 25 tonnes of whale at a time, releasing the lucrative oil which was skimmed off the top.The digester is one of the remaining features at the station today and also includes a steam boiler, bone saws, whale oil processing tanks and a theatre/hall. The station is now managed by the Department of Conservation as an historic site. For day trippers visitors can travel by boat from Picton to explore the daily life of the isolated whaling station. 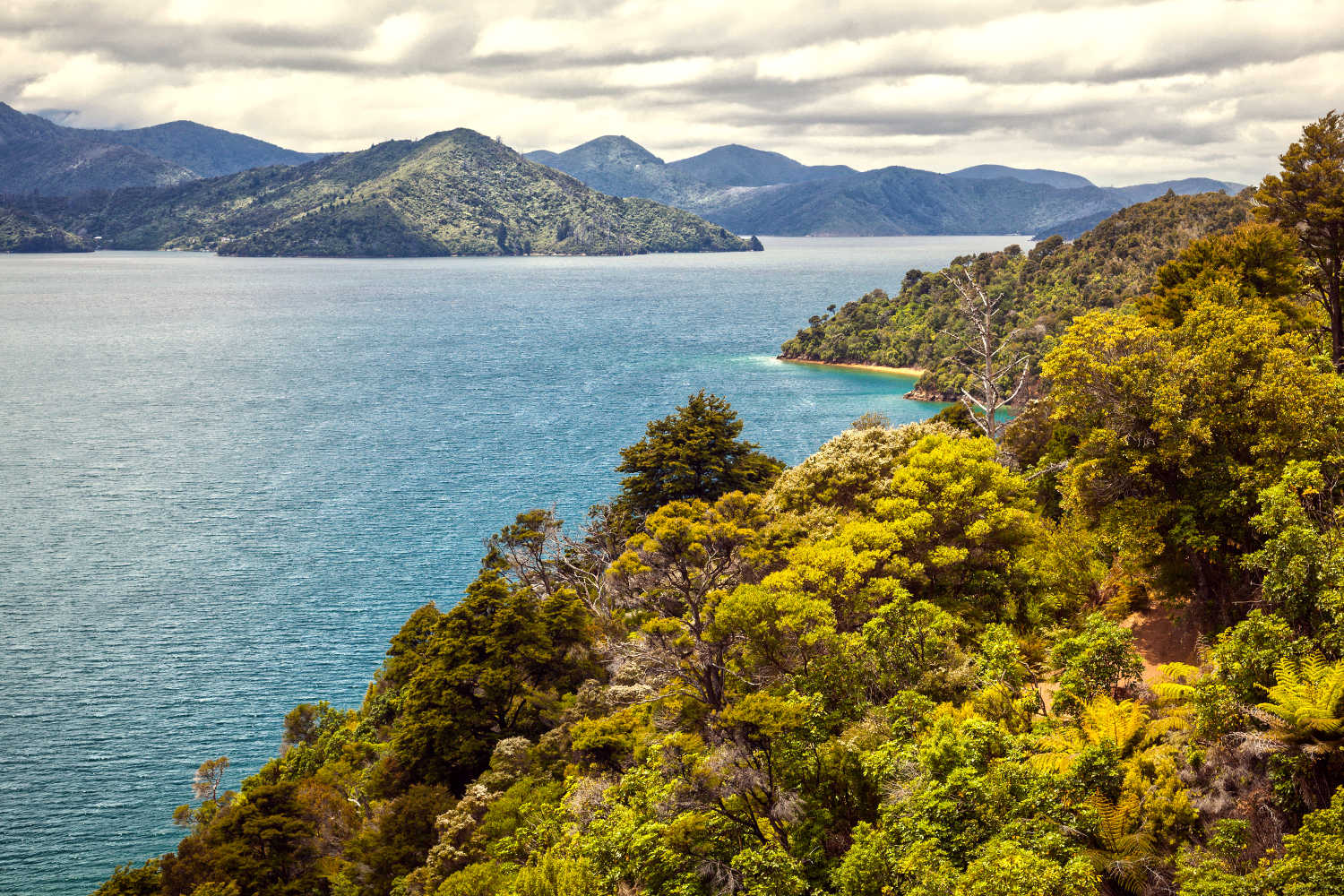 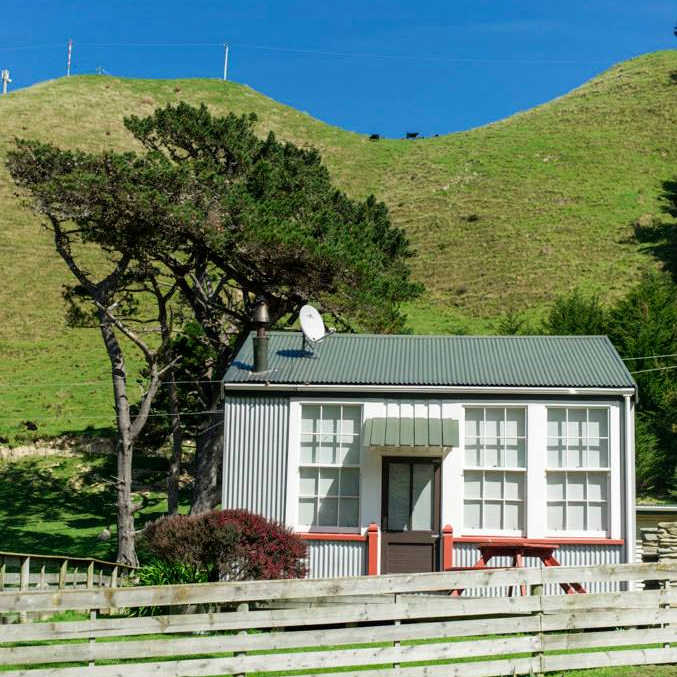 Get away from it all on Arapaoa Island and stay in heritage accommodation.

With views out to sea and beautiful hills to roam, there are always plenty of idyllic vistas to contemplate. These can be enjoyed whilst walking around the property, from your fishing boat or relaxing on your deck. At Arapawa, there are four accommodation options Gunyah , School Cottage  and Little Colonsay Beach House , to match your particular needs whether it be for a family holiday, a romantic getaway or a group reunion. You can also explore our farm on a Paua farm tour.

Arapaoa Island has its own rare feral sheep and an unusual goat population.  Both are thought to have arrived either in the times of Captain Cook in the 1770s or around a century later by whalers.

Te Pakeka Maud Island is today home to a number of rare and endemic species including frogs, lizards and birds. It is open only by arrangement with the Department of Conservation, which has rangers based on the island and holds public trips in summer via local tour guides.

The island is home to heritage World War II military installations. The road and jetty was built to support military activities during WWII. 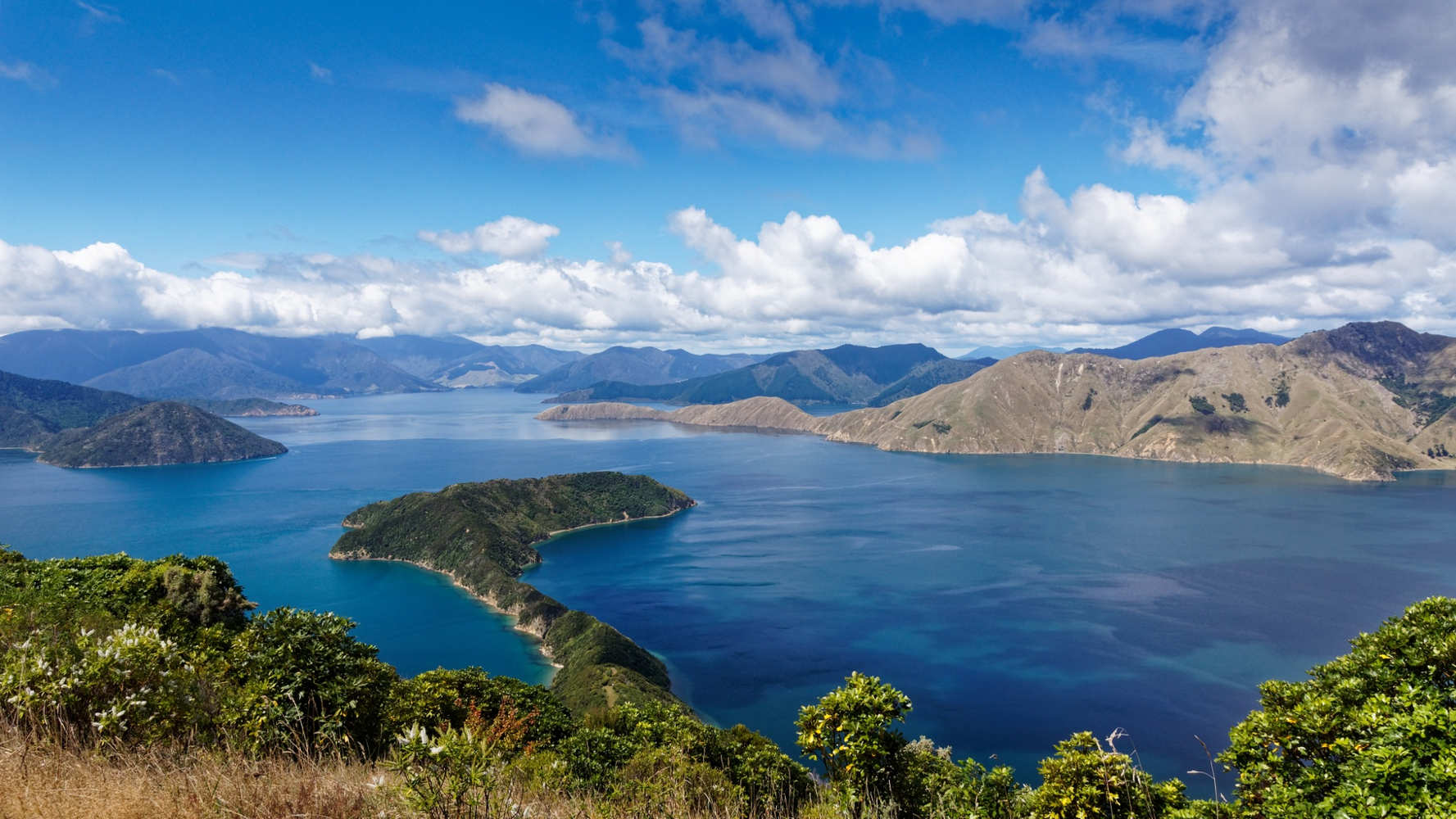 Nothing beats wandering through a historic cemetery where lopsided tombstones slowly tilt towards the earth and unknown grave sites are marked by grassy mounds. The story of people’s lives becomes real as you stand in their final resting place. Port Underwood is a must-go destination for heritage buffs.

‘A small cemetery at the top of Te Whanganui/Port Underwood, eastern Marlborough Sounds, is full of fascinating stories.

Gravesites include the wife and sons of William Deakin, an American whaler who jumped ship in Te Whanganui/Port Underwood in 1840 and was present at the signing of the Treaty of Waitangi at Horahora Kākahu Island in the port. Another is Kuika, partner of early Blenheim businessman James Wynen, who was murdered here in December 1842. Her European murderer went free, but this legacy formed part of the background to the Wairau Affray of 1843. 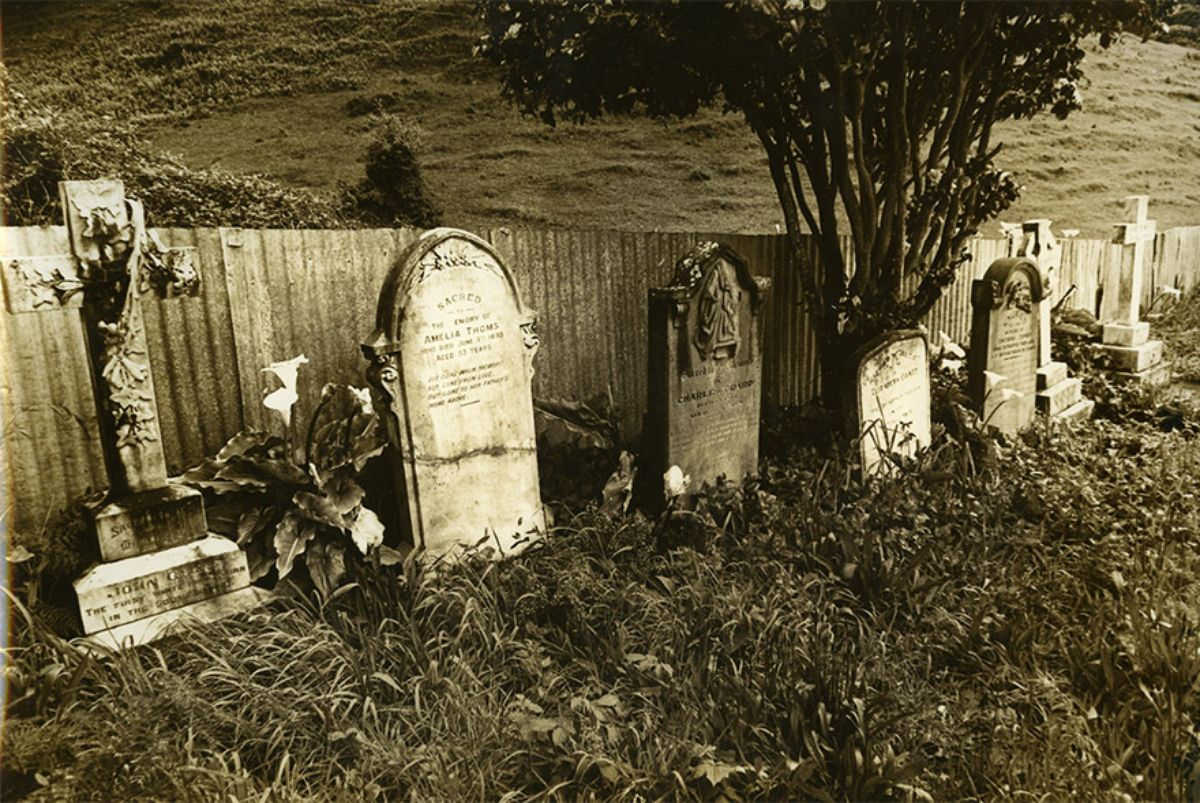 The cemetery also holds the graves of the Guard family, who were famously captured by Taranaki Māori. John (Jacky) Guard, an English ex-convict from Australia (imprisoned for seven years for stealing a five-shilling bed cover) established the South Island’s first whaling station on Arapaoa Island. He bought Kakapo Bay from Maori rangatira (chiefs) Te Rauparaha and his nephew Te Rangihaeata and began Te Whanganui/Port Underwood’s first shore-based whaling operation. Many others followed suit. Jacky’s wife Betty was the first female European on the South Island and their children, John and Louisa, the first born on the South Island.

Jacky established a friendship with Te Rauparaha and he became a go-between for visiting Europeans and local Māori, with his house one of the settings of the signing of Te Tiriti o Waitangi/The Treaty of Waitangi in 1840.’ From Marlboroughnz online resources.

Picton to Port Underwood to Robin Hood Bay to Blenheim.

Over 65 km of narrow winding gravel road to Port Underwood. This is definitely off the beaten track connection between Picton and Blenheim, Marlborough.

Look for abandoned whaling pots. There were many whaling stations along the Marlborough coast during the 1830-47 whaling era, the whales passed close by on their migration north through Cook Strait to warmer waters. Today the tiny bays with their clear water are home to holiday baches and a few permanent residents. 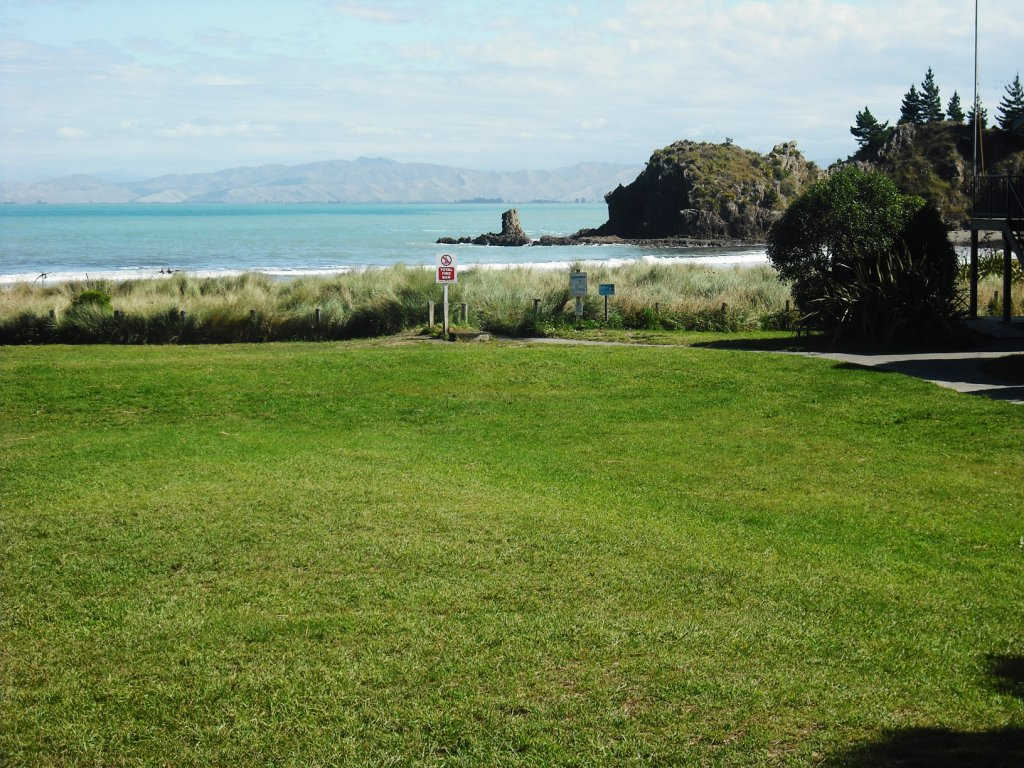 WANT TO CAMP IN A HERITAGE SITE?

Department of Conservation Pukatea / Whites Bay  is a DOC camping ground, and an old telegraph office, which was the site of the first telegraphic link between the North and South Islands in 1866. The campsite is basic, first come, first served with no forward bookings. For camping details check Whites Bay conservation campsite: Blenheim area, Marlborough region. 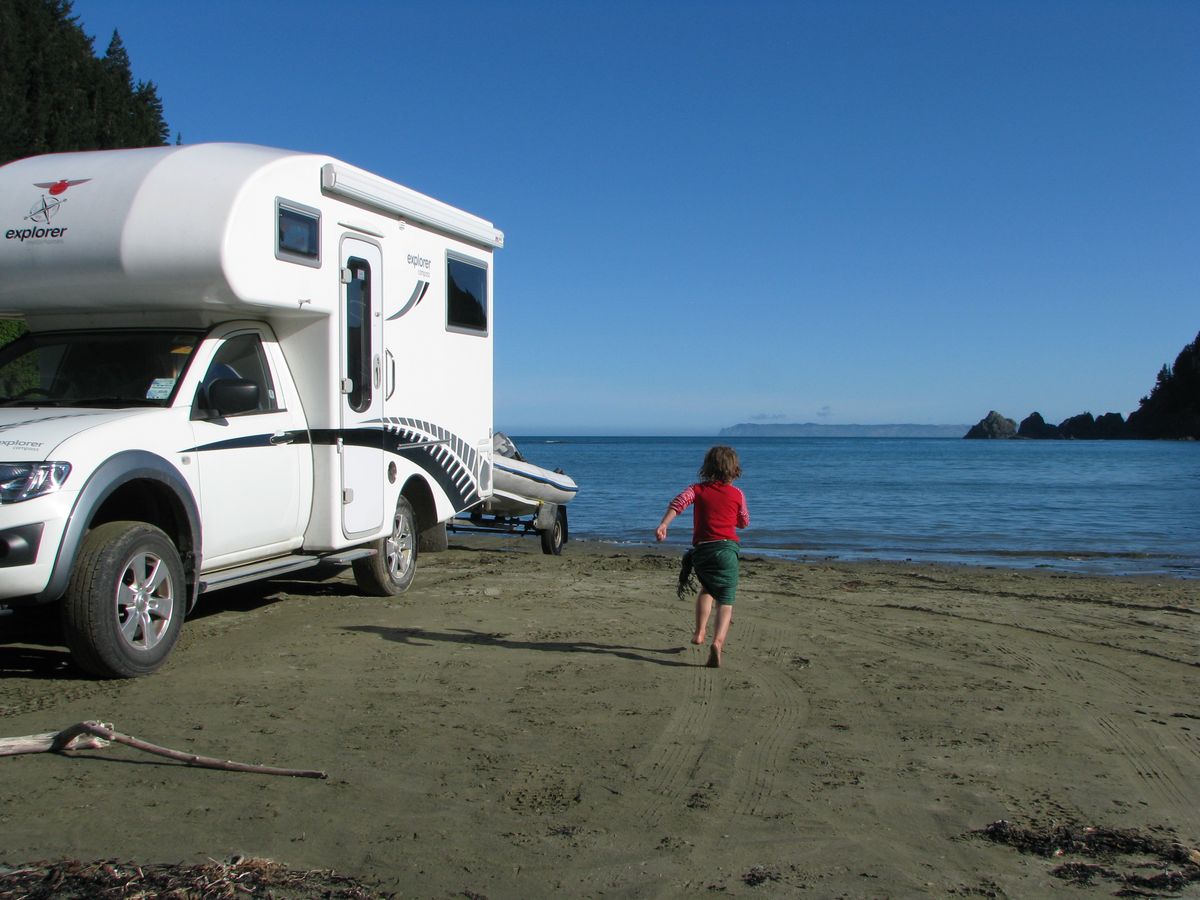 Horahora Kākahu was the site of a major historic event on 17 June, 1840. LOOK for plaque on the Port Underwood road designating location for Major Thomas Bunbury proclaimed British sovereignty over the Middle (now South) Island. Major Bunbury raised the British flag to a 21 gun salute. 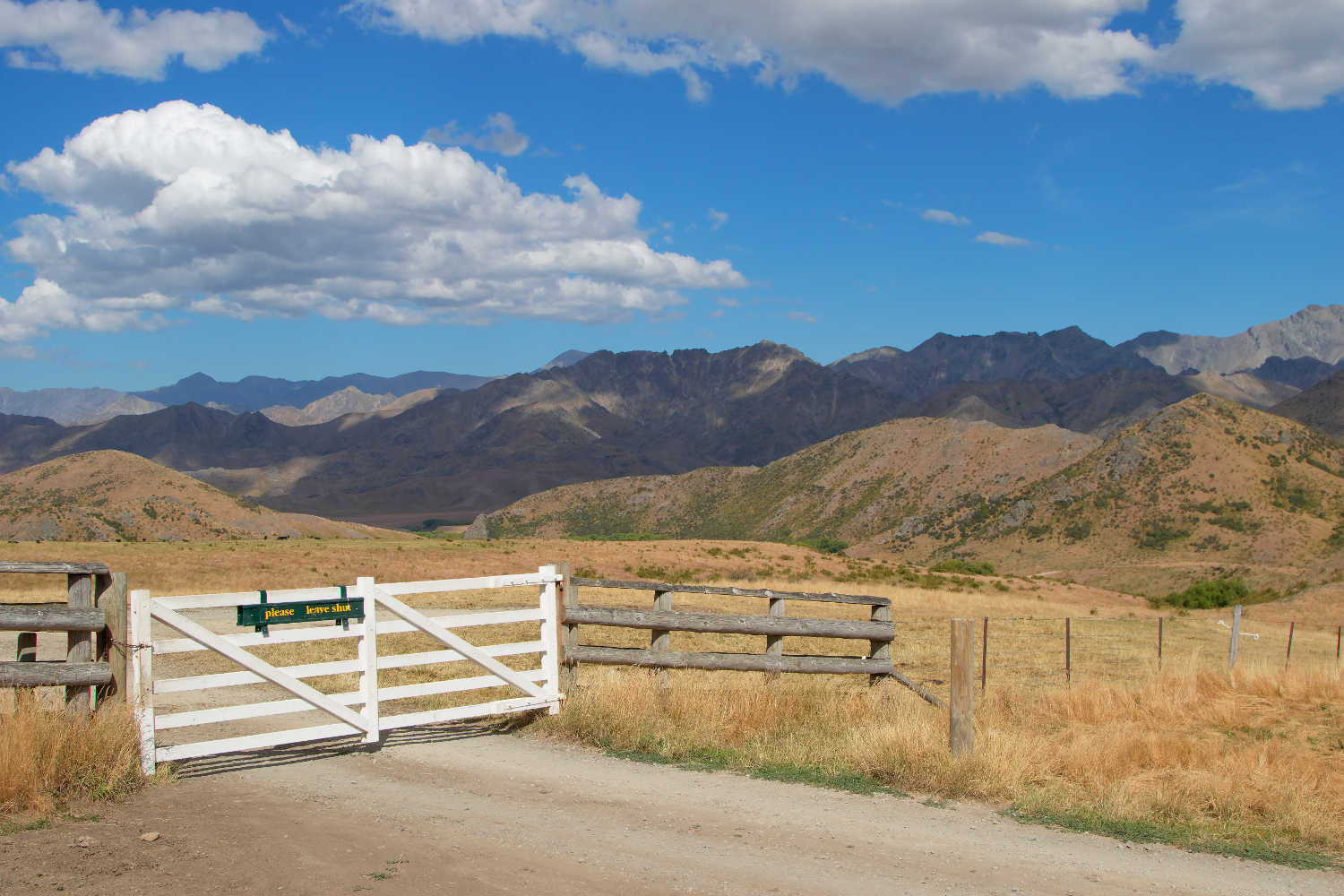 Evocative, remote, wild New Zealand settlement where people tested themselves and the dream of a pastoral life against the alpine high country elements. Delve into the fascinating history of Maori walking tracks, alpine scenery and story of failed pastoral leases. Today the land is farmed by the Department of Conservation. The farm is the largest in New Zealand and the  180,787 hectare station is a unique journey into a remote landscape.  There are two camping options near historic buildings. Acheron Accommodation House, a heritage cob house building 1863. It has now been restored and, along with the Molesworth Cob Cottage.

Travel the Molesworth on unsealed roads on the Acheron Road. The road is open from Labour Weekend to around Easter, though it can be closed at any point by the Department of Conservation if the fire risk is too high in the hot summer months. The unsealed road is not suitable for large vehicles, but can be driven by 2-wheel-drive vehicles.  The Molesworth is accessed from the Awatere Valley, via Rainbow Station (4WD only, over private land for a fee) and from Hanmer Springs. Camping is available at several locations including alongside the Molesworth Cob Cottage and Acheron Historic Accommodation House.

Molesworth Station in the upper reaches of the Awatere Valley is overlooked by the sacred Mt Tapuae-o-Uenuku, 2885m high and steeped in Māori legend. 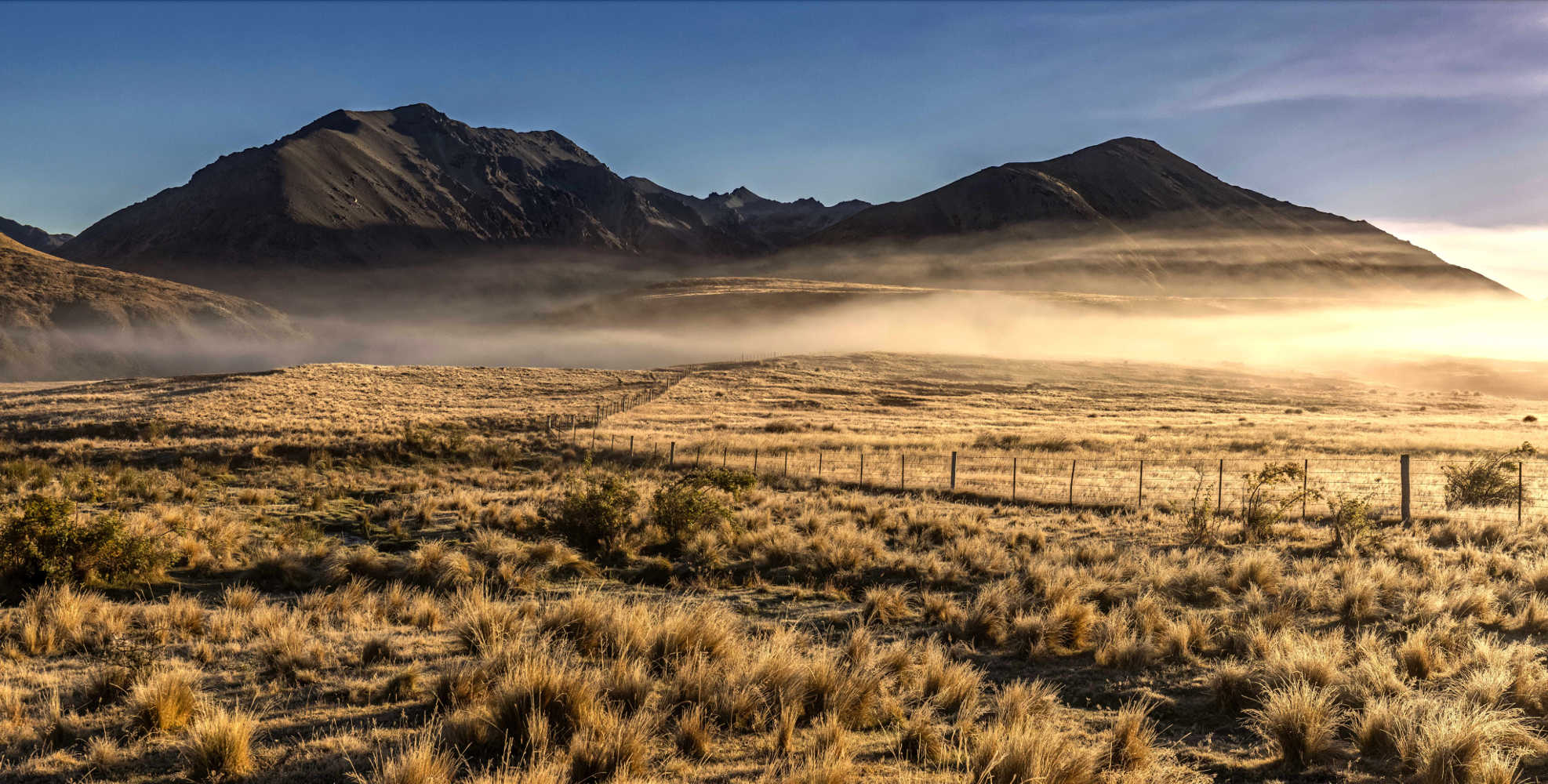 Consider a touch of comfort with the Molesworth Station tour. It is once in a lifetime when you travel into the remote high country. Immerse yourself in the New Zealand High Country with a luxury private tour of the Rainbow Station and surrounding Molesworth area. 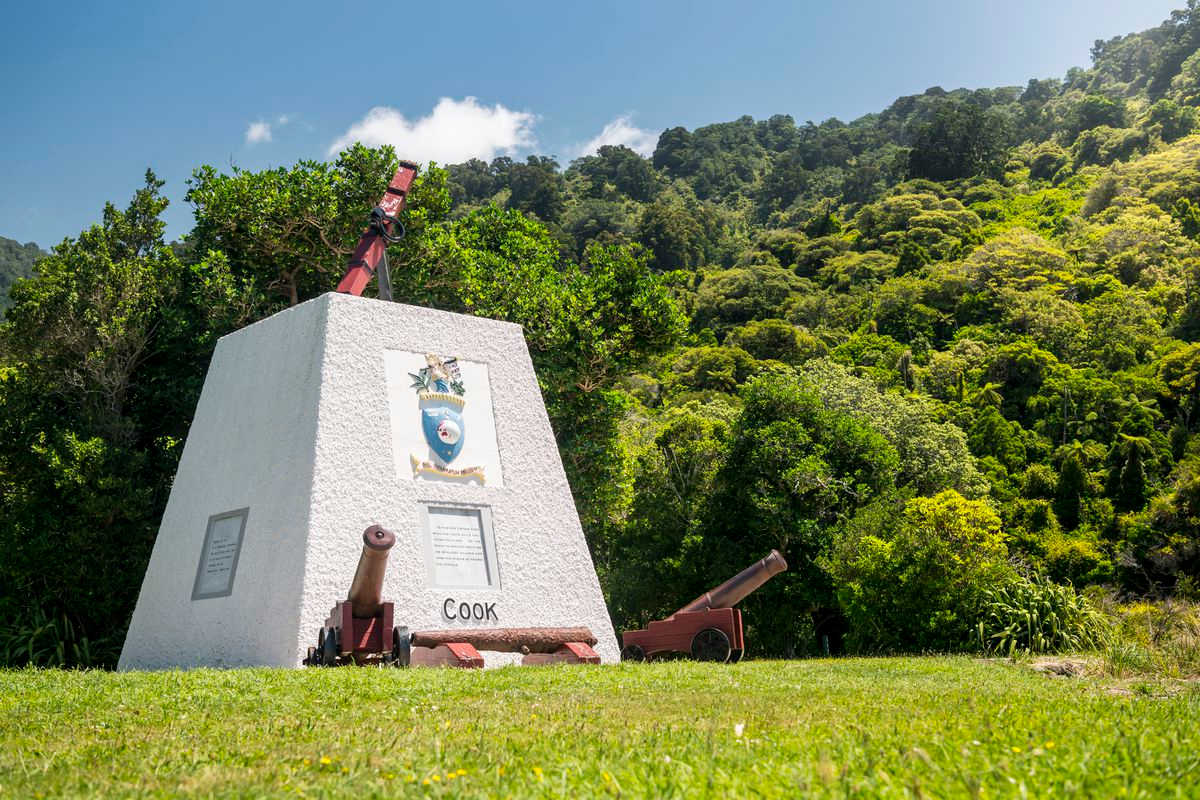 A plaque marks the site Captain James Cook anchored for supplies and his meetings with the local Maori. Meretoto/Ship Cove: Queen Charlotte Sound/Tōtaranui area, Marlborough region describes Cook’s expeditions spent 170 days at this anchorage between his first visit in January 1770 and final departure during his last voyage in February 1777. Cook found this place provided a central and secure anchorage with good wood, water and fishing where he could prepare and provision his ships and restore his crews.’

The easiest way to get there is by water taxi from Picton. Ship Cove is the starting point of the 72km Queen Charlotte Track. There are numerous scheduled and private water taxi options from Picton.

Omaka Aviation Heritage Centre has become an iconic visitor destination in Marlborough, with its world-class display of aircraft from both world wars. There is the annual vintage fighter plane airshow which is an international drawcard for the region. Omaka features as one of the top 10 attractions in Marlborough. Check out Malborough guide, things to do for further details. 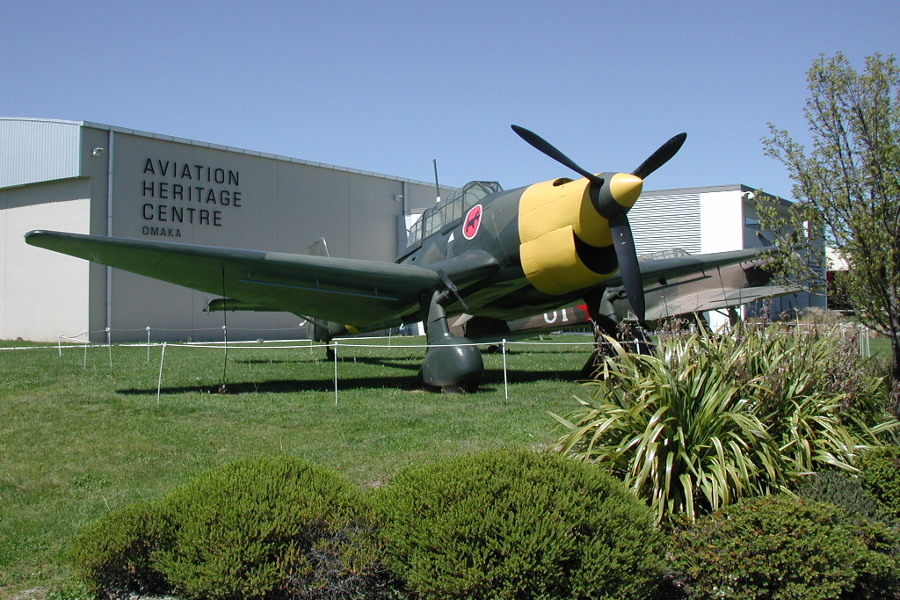 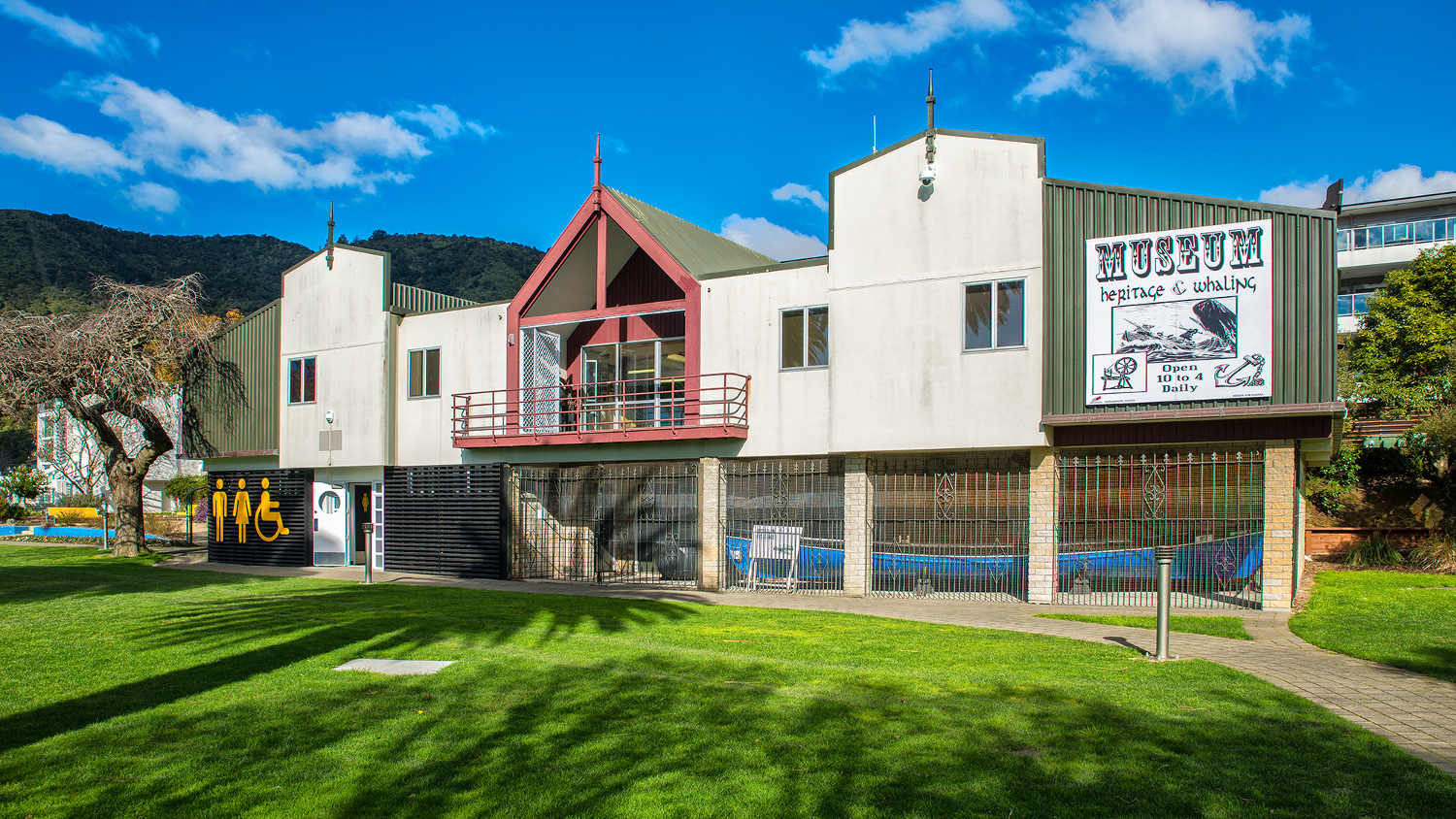 A treasure trove of stories, memorabilia and photographs of Picton, the story of whaling lovingly managed by volunteers. The significant collection of Māori, whaling, maritime, heritage and textile items (imagine exquisite handcrafted lace) makes time fly while viewing the displays. The museum itself is built on the site of the original Waitohi Pā, and local iwi are supportive of the museum being on this important site. Check beforehand to ensure you are not disappointed for opening hours.

Marlborough Museum is an innovative regional museum with several fascinating collections. The Te Pokohiwi – The Wairau Bar 1250, the Wine Exhibition which gives an excellent introduction to the region’s rich and important wine history, and European settler history.

The museum is located at Brayshaw Park, featuring a replica street scene of Beavertown – now Blenheim – from around 1900, as well as vintage cars and machinery. 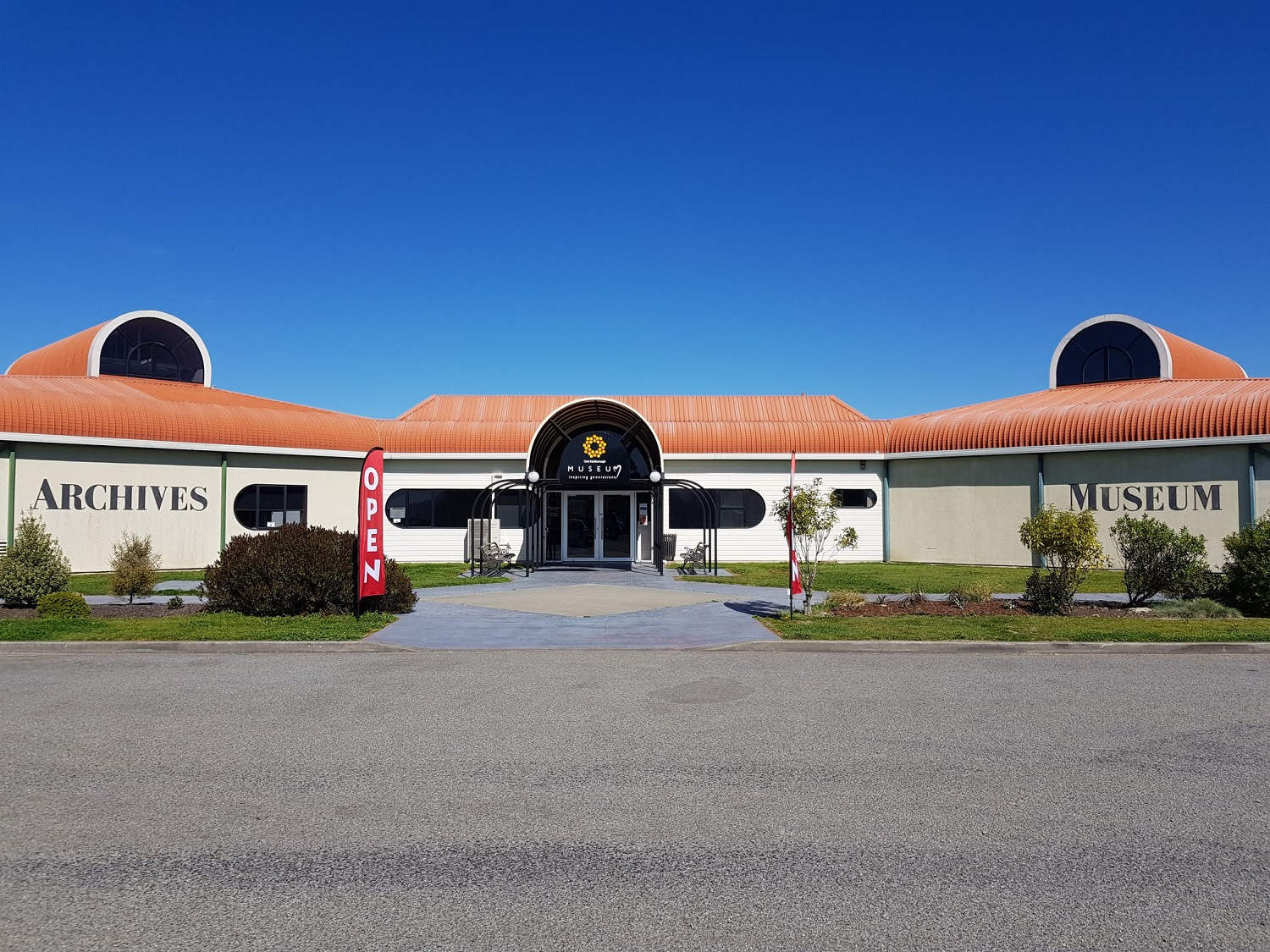 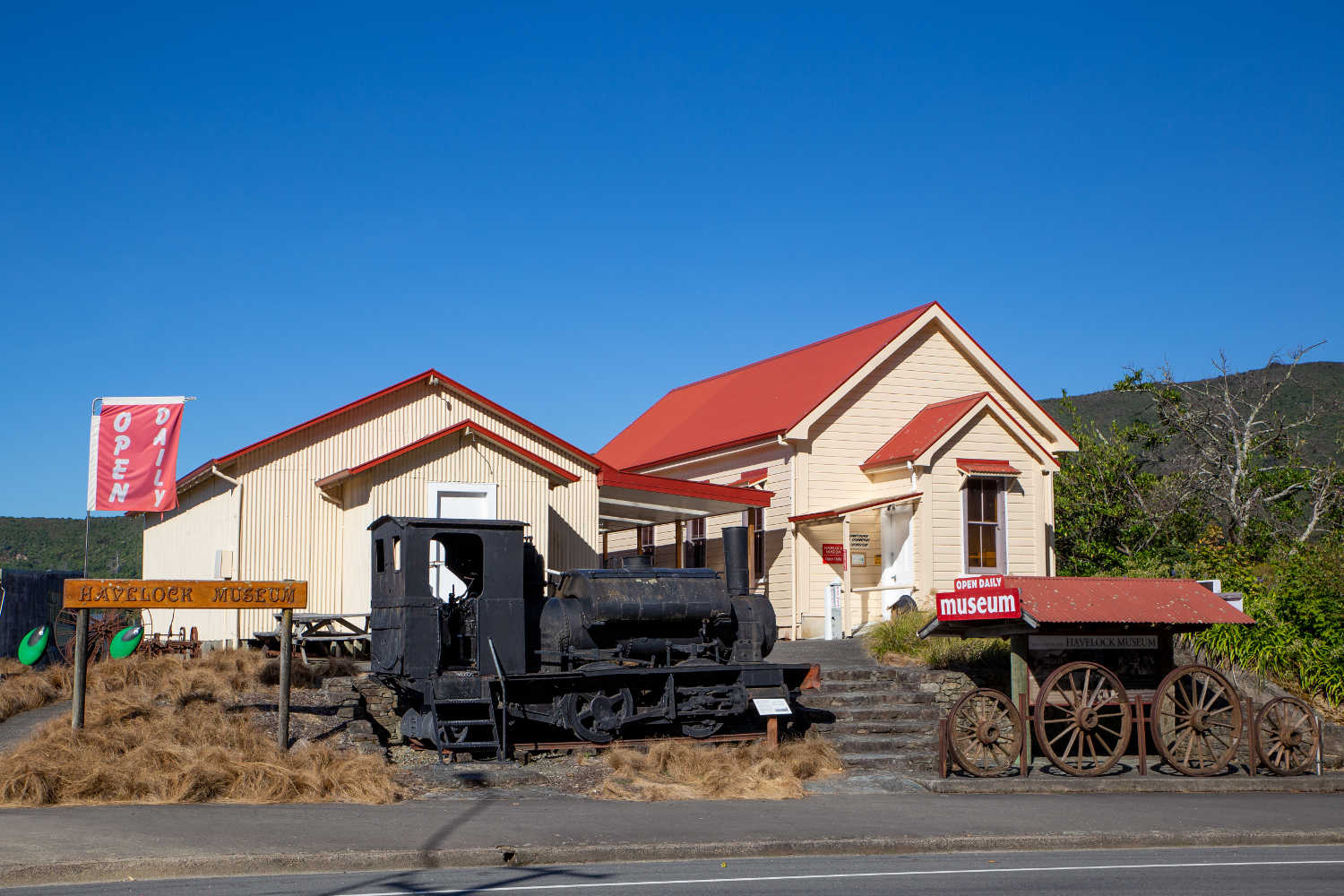 An exquisitely restored church documents Havelock’s story and the challenges of the remote community. There is a history of the timber industry. The museum is managed by volunteers and checks beforehand to ensure you are not disappointed during opening hours.

Explore the unique experience of Edwin Fox (1853); location Picton. The timber ship is on permanent display in Picton, where you can learn about its round the world adventures, including as a troop carrier and a convict transporter. The hull of the ship, as well as replica cabins, are displayed next to a museum of artifacts, and their context. This attraction is a family friendly experience. 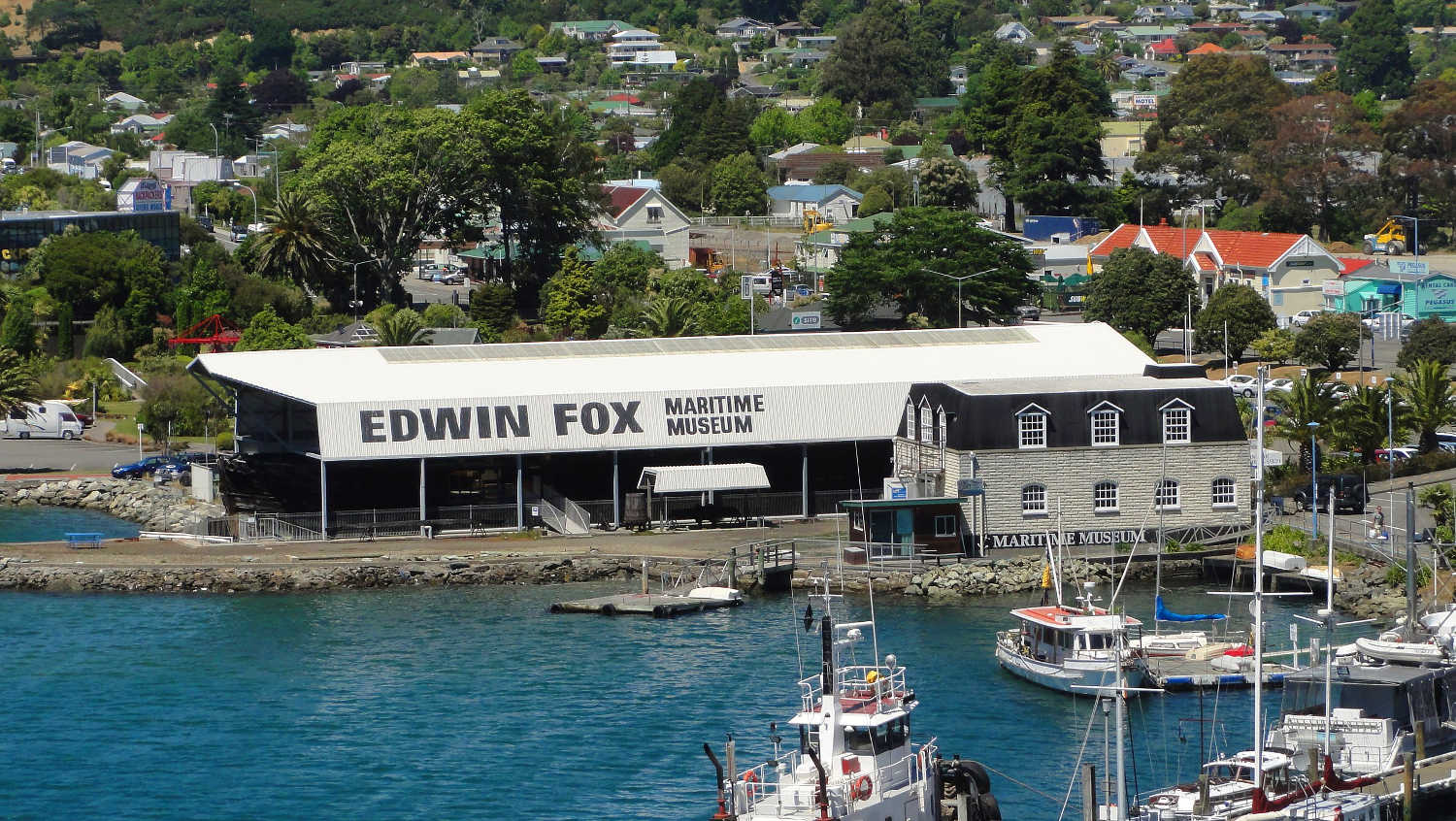 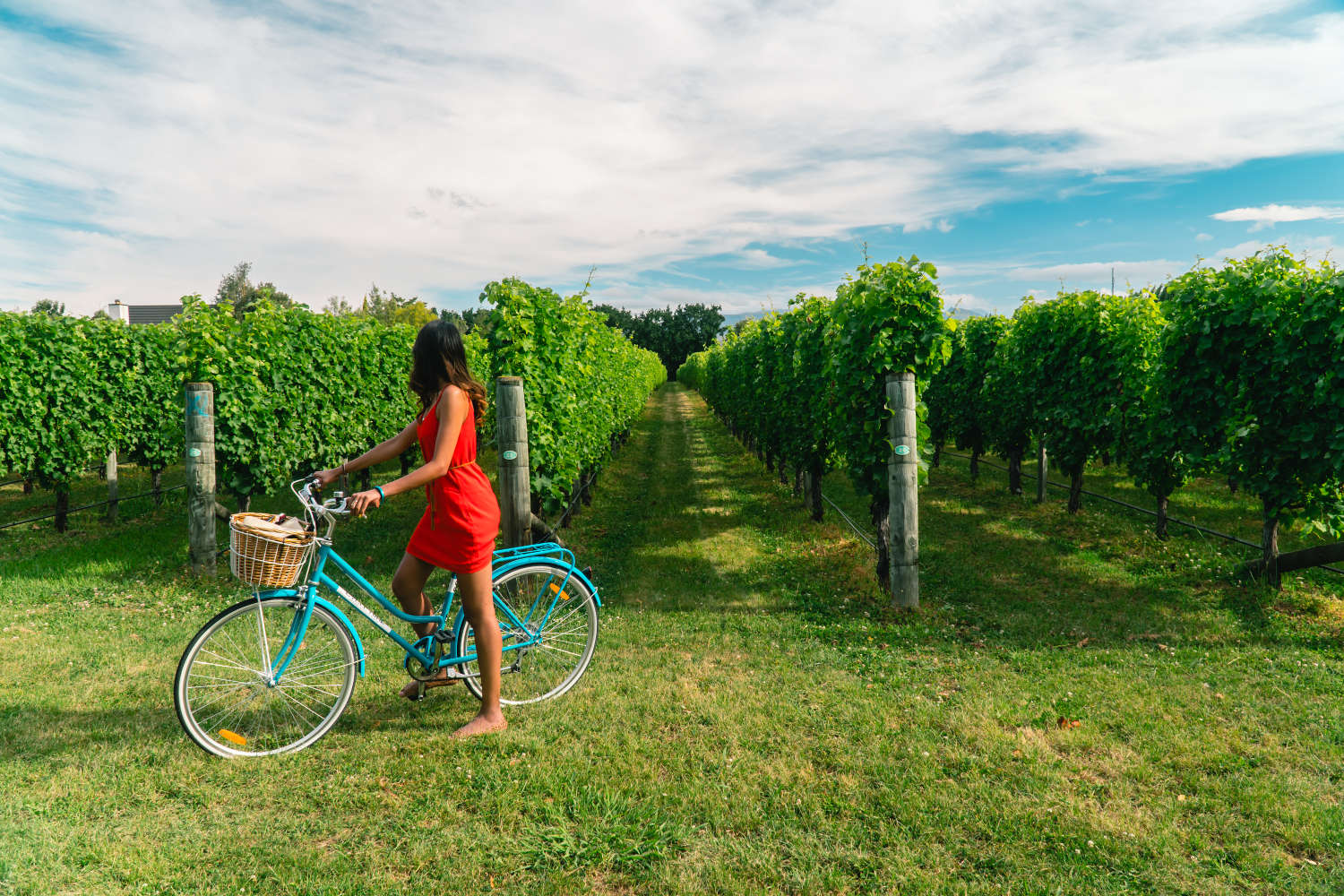 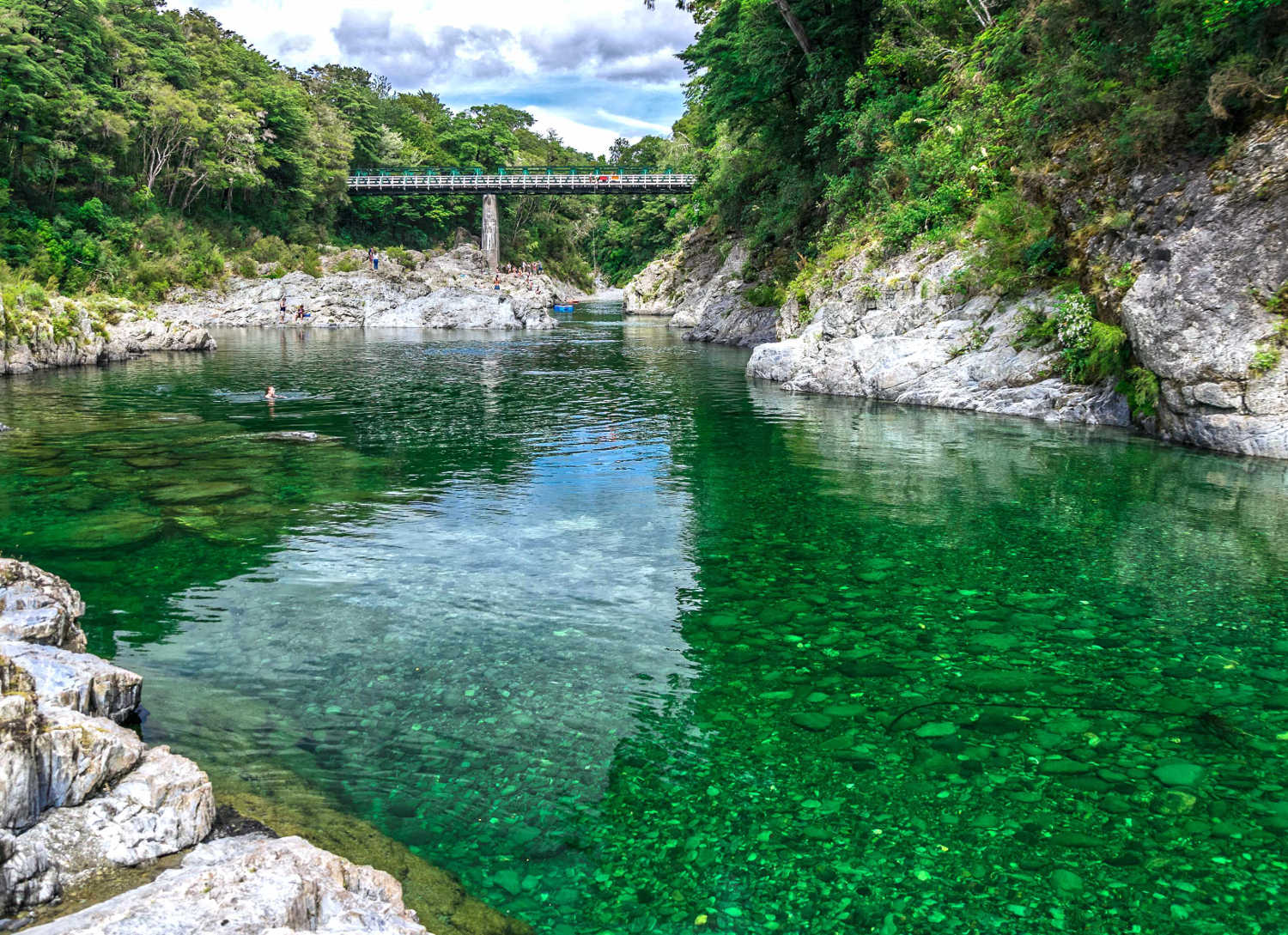 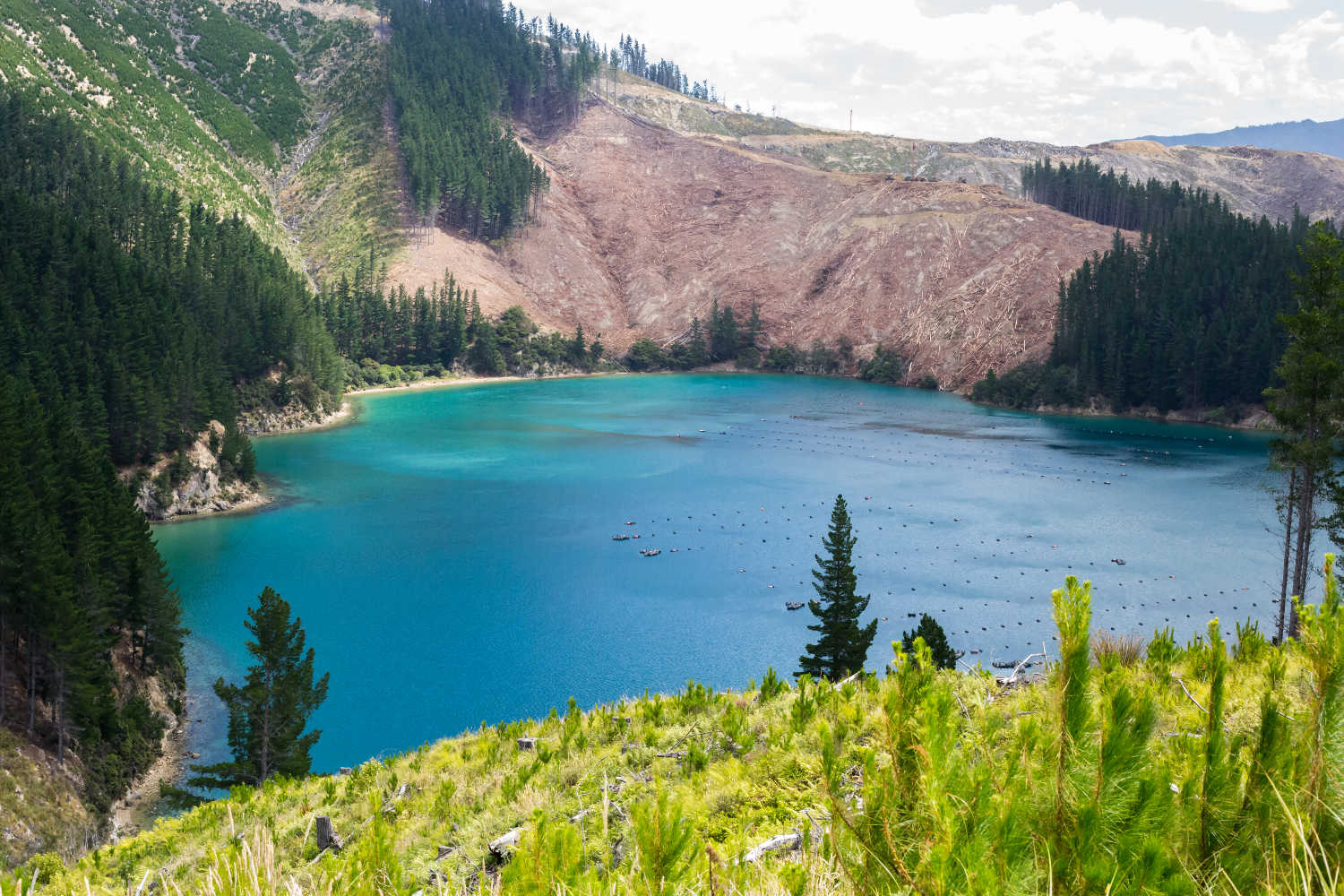 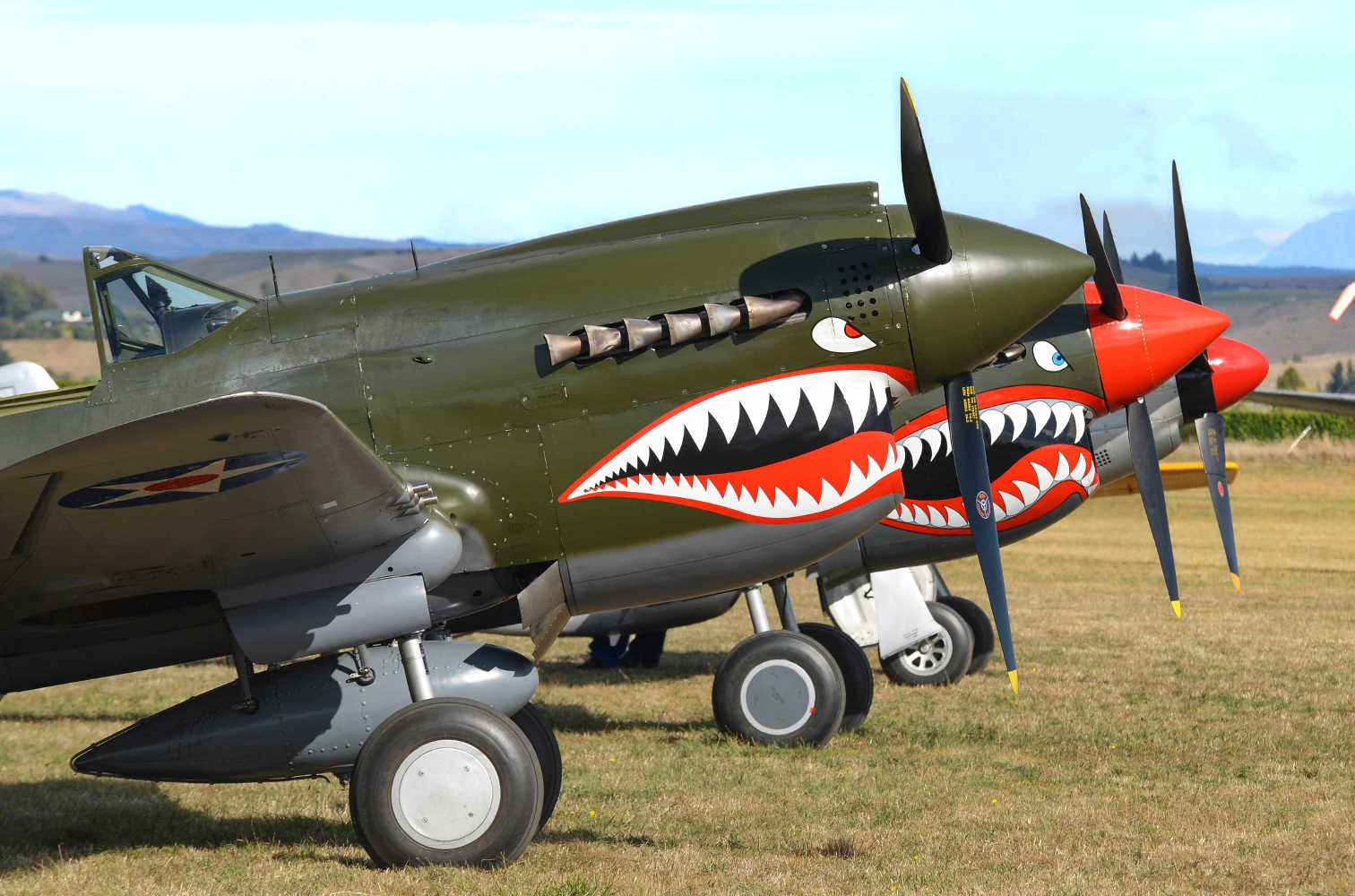 Top 10 things to do in Marlborough 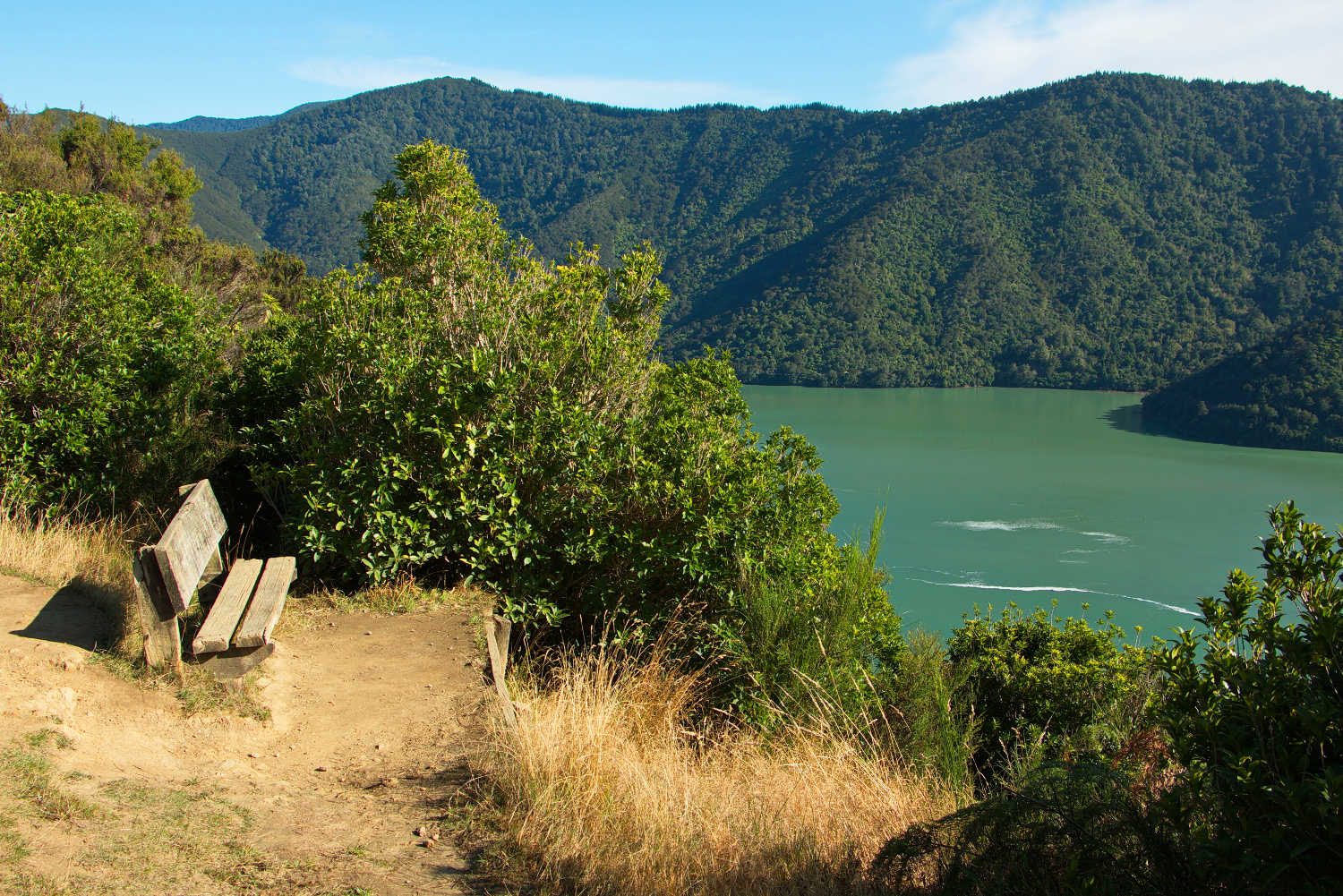 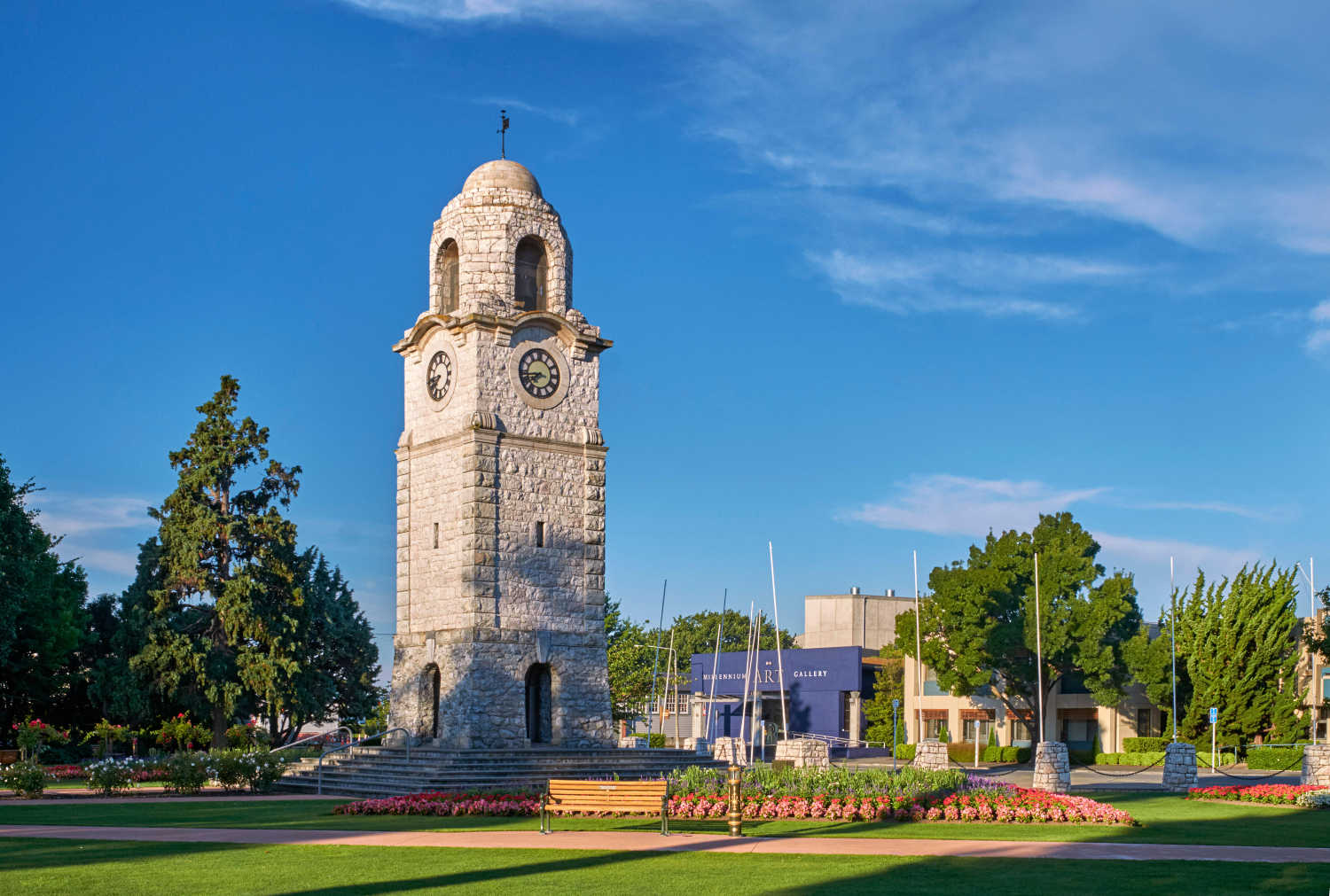 Top 10 things to do in Blenheim

What do you think about “Marlborough art, culture & heritage trail”?