Religious architecture inspires, it is the stuff of travel. The area has a considerable body of church architecture as well as outstanding examples of lived in Maraes. Here are four notable churches to pop on your bucket list. 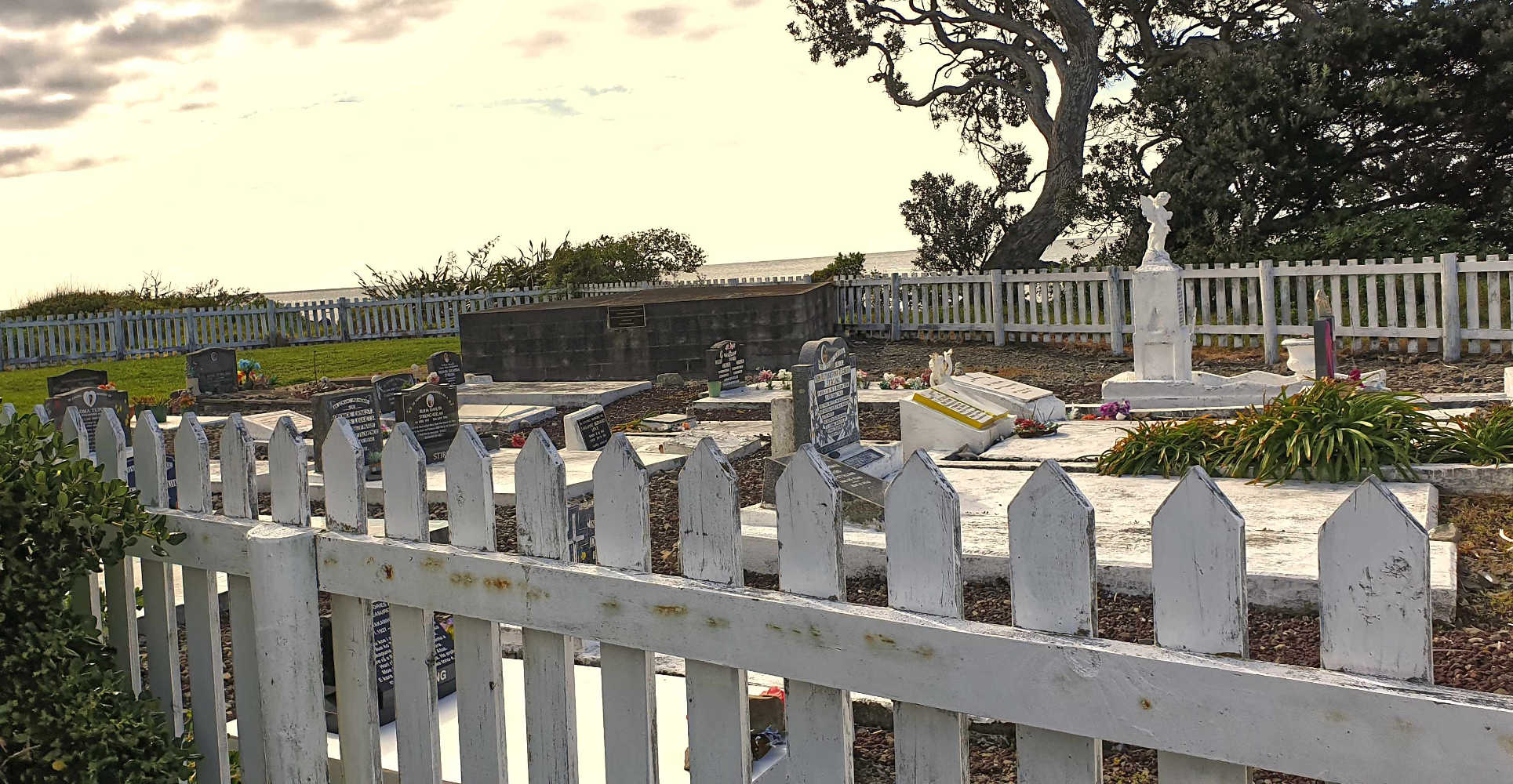 Extraordinary and breathtaking. Take a photo of the Anglician Raukokore Church as it stands  alone on a rocky outcrop. The church is unmissable with its striking location against the sea and headland it is positioned on. The church doors are usually open. Donations are welcome and respect the open access when entering the premises. The simple picket fence surrounding the graveyard is equally interesting with its gravestone markers. The Catholic church opposite was once marked with an enormous whale arch which is now located in the Whakatane Museum.

The Anglician church is a historic category 1 building and, as described by Heritage NZ is, ‘Christ Church, Raukokore is strongly linked to the Whanau-a-Apanui people.

Duncan Stirling built many churches in the East Coast and was subsequently married, in 1896, in this church. He married Mihi Kotukutuku, daughter of Maaka Te Ehutu and Ruiha Rahuta, Kaumatua of Whanau-a-Apanui. Stirling knew little Maori but reinforced the links between the Anglican Church and local Maori through his marriage and his skill as an architect/builder.’ 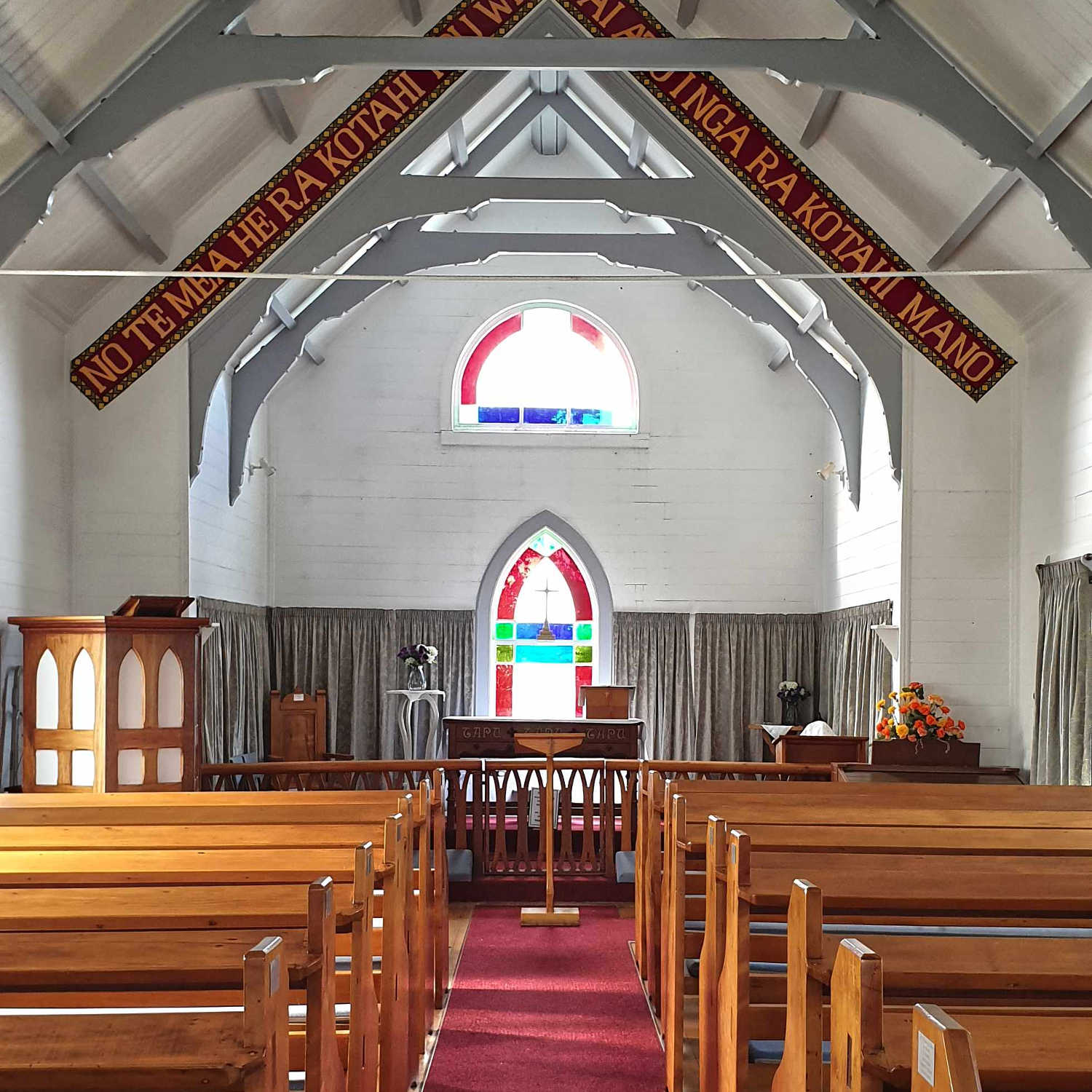 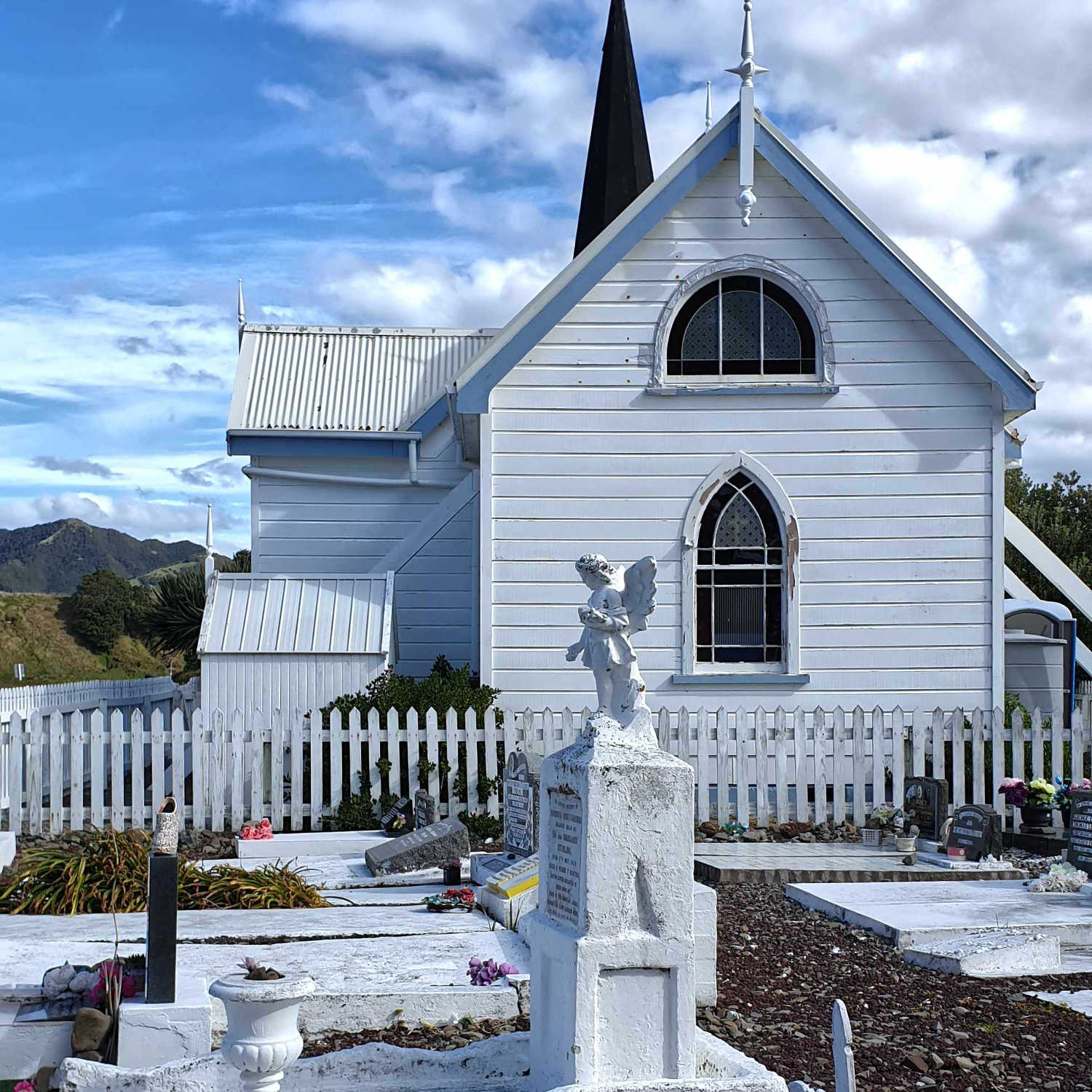 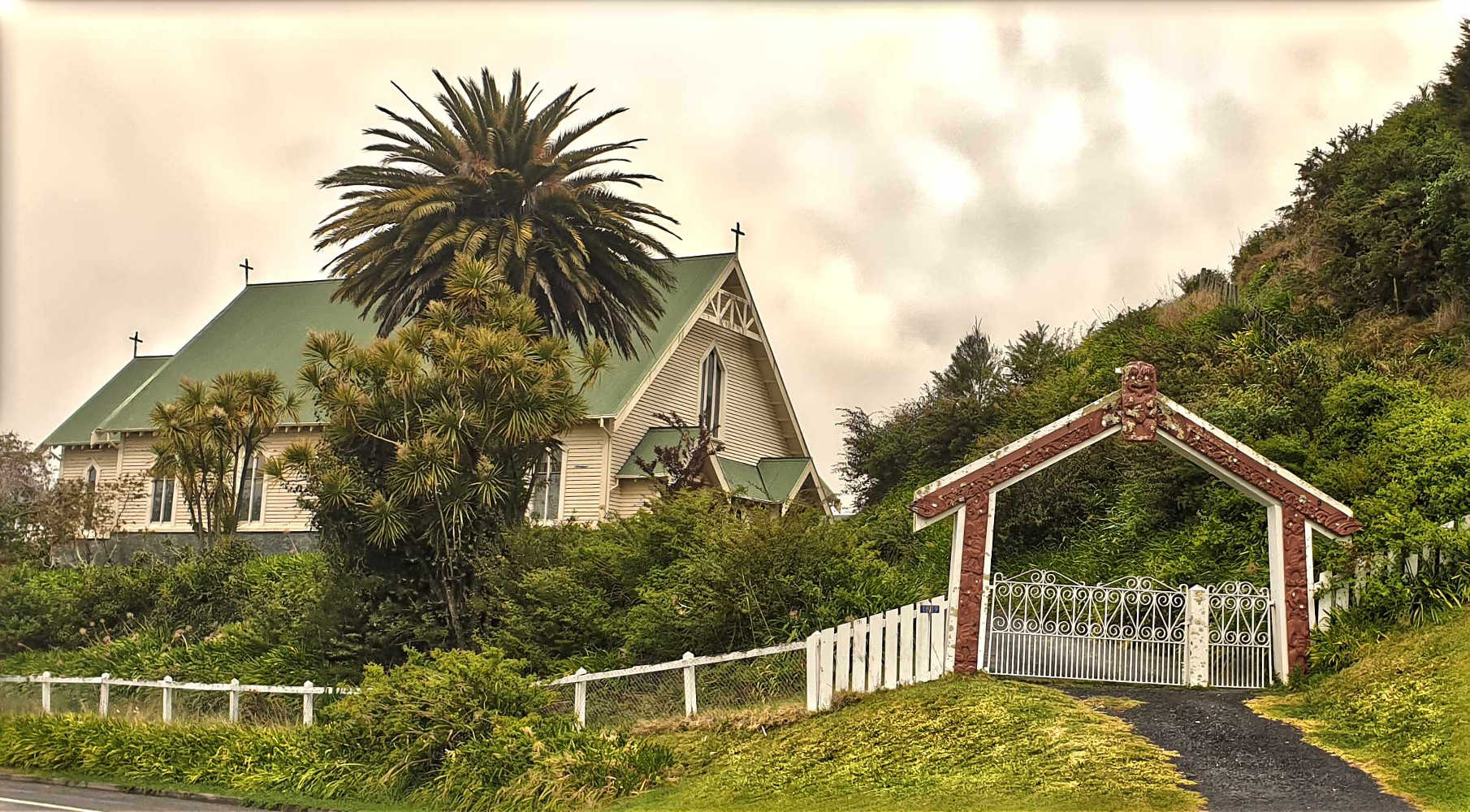 Sitting on a hillside surveying the countryside is one of Aotearoa New Zealand’s finest Maori churches. In 1924 the church was built honouring the soldiers of Ngāti Porou who died in World War I. Your access is based on trust that you will respect the place for its spirituality. The exterior is typical church architecture yet the stunning interior reflects Maori design principles. It is stunning. Koha (donations) are encouraged to support the maintenance of this culturally significant church. 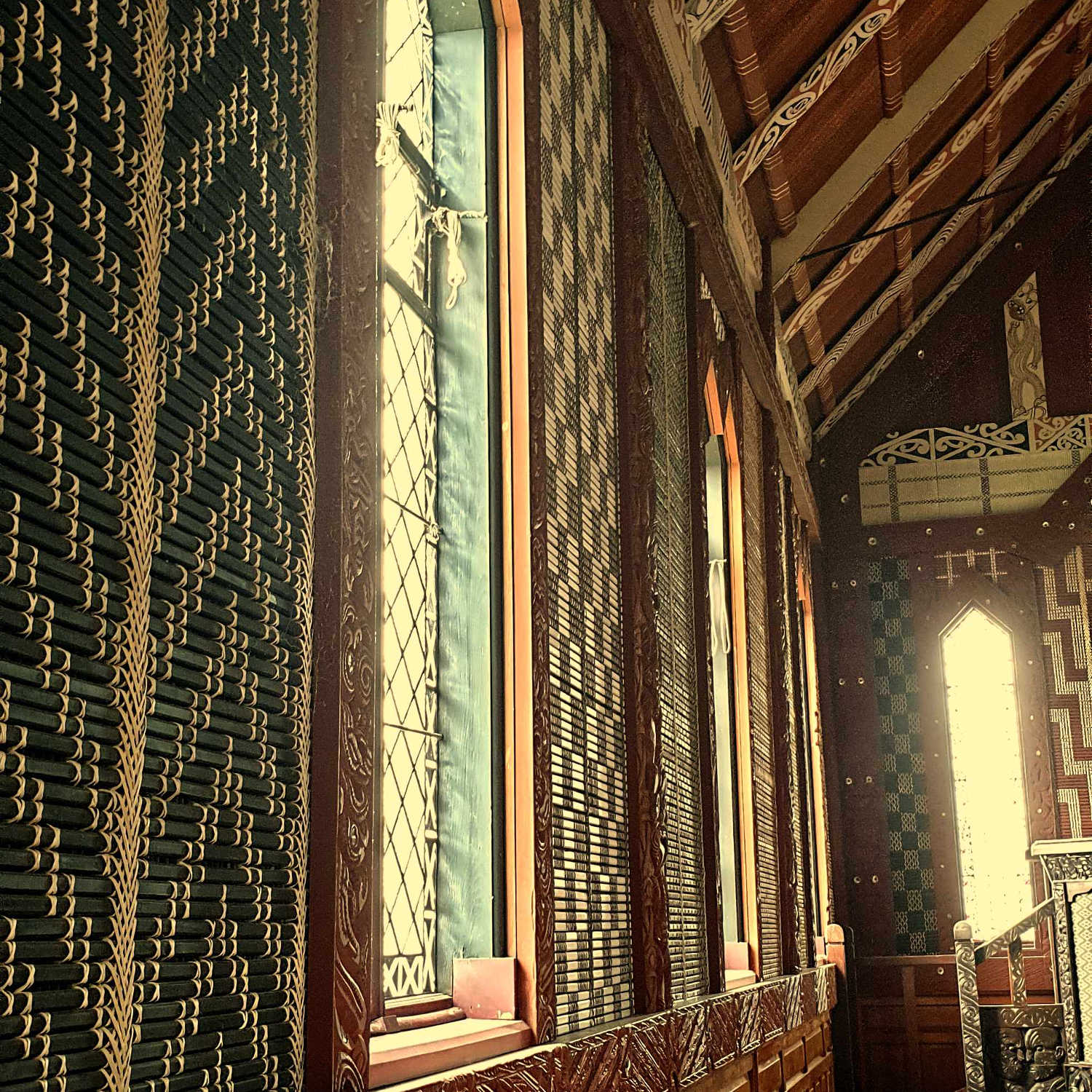 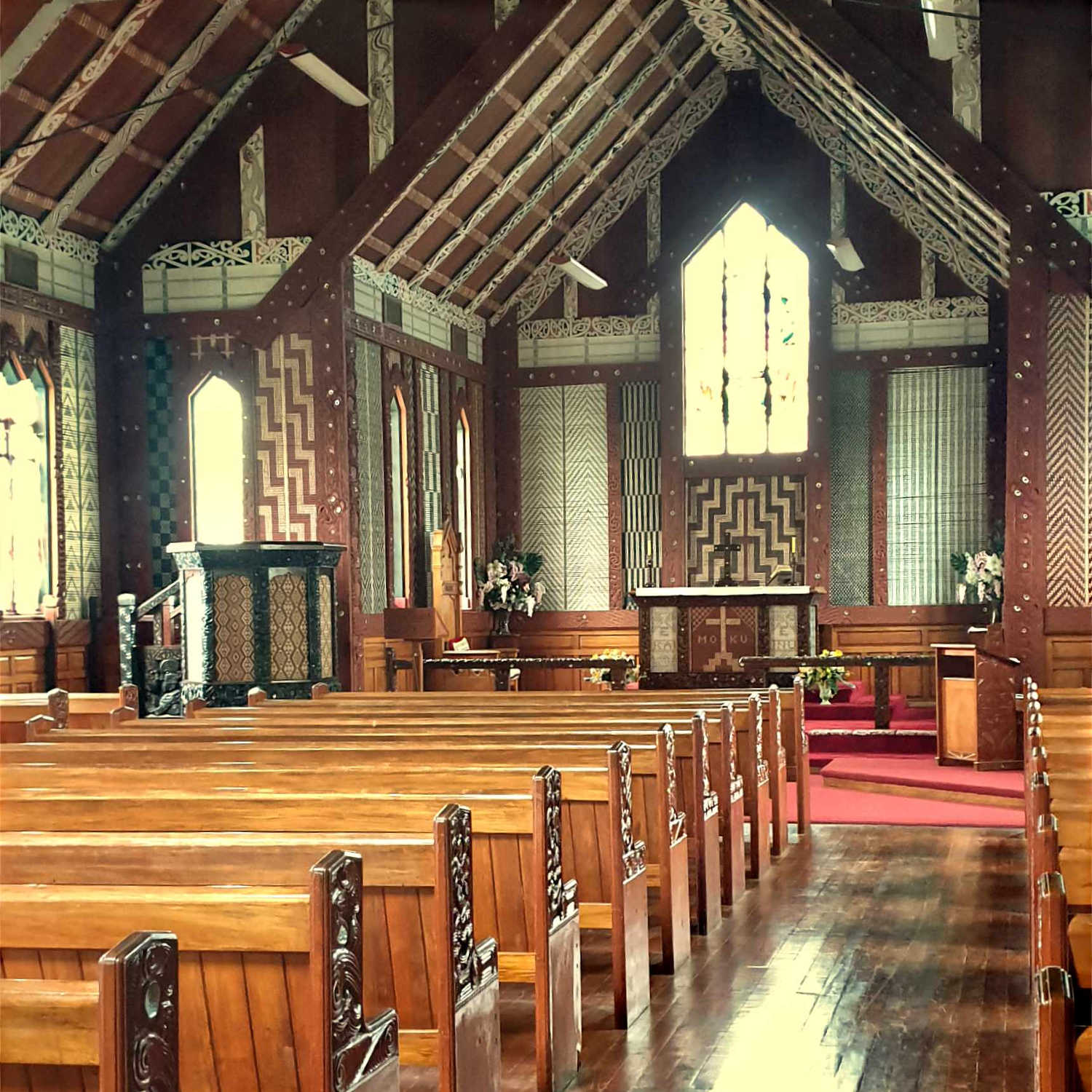 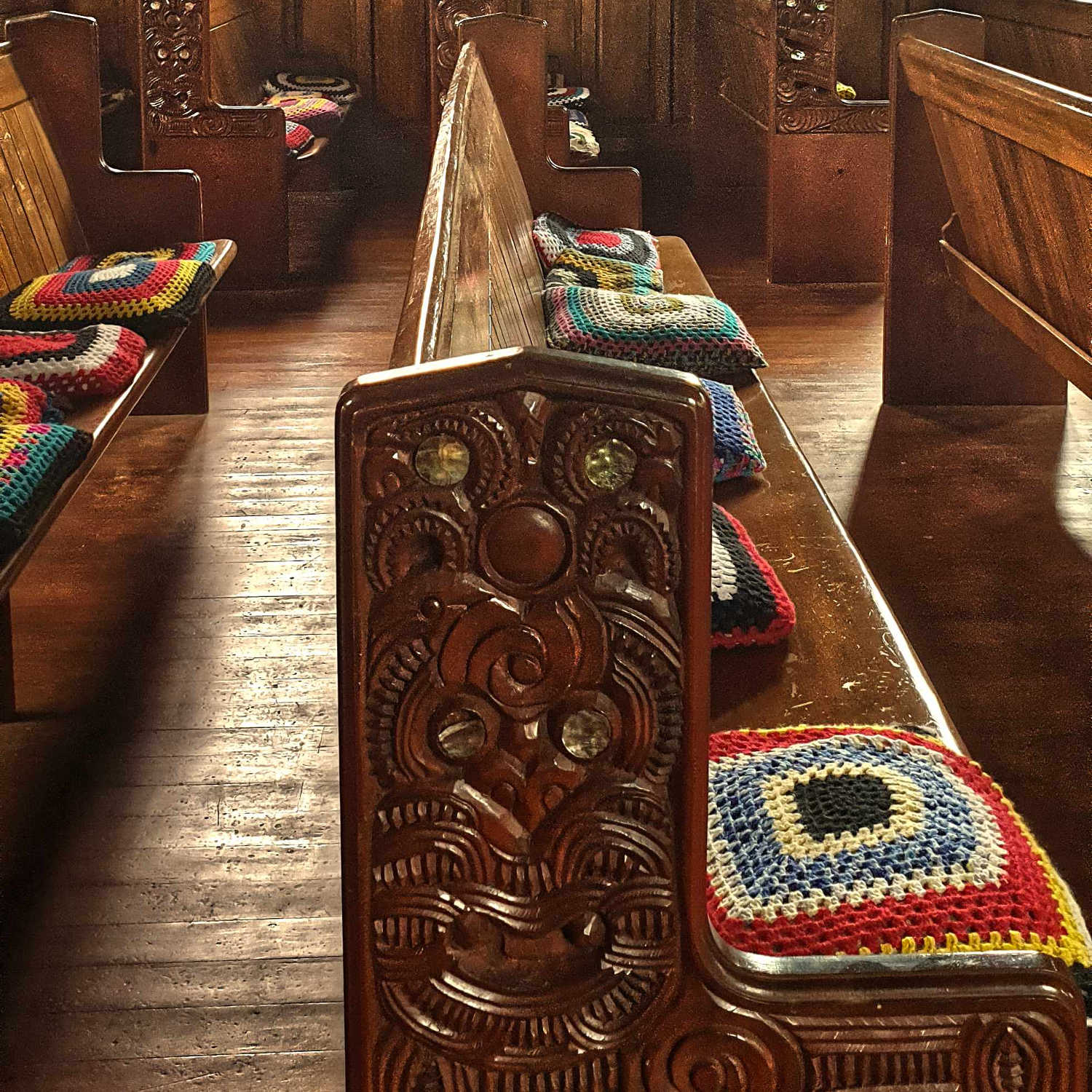 Probably erected in 1883-6, the building is likely to represent an early surviving Anglican church on the East Coast. It is also a rare example of a church in New Zealand that is clad in corrugated iron. The church is a superb representation of a specific Anglician architectural style on the East Cape of the North Island. St Mary’s Church is located within the graveyard/urupa at Tuatini Marae, Tokomaru Bay. The church is visible on the approach along SH35, and from the corner of Waitangi Street and School Road, Tokomaru Bay. The church interior has a simple classic rural aspect without the detailed Maori carving of Tikitiki yet it is striking in its own right. For more details check here. 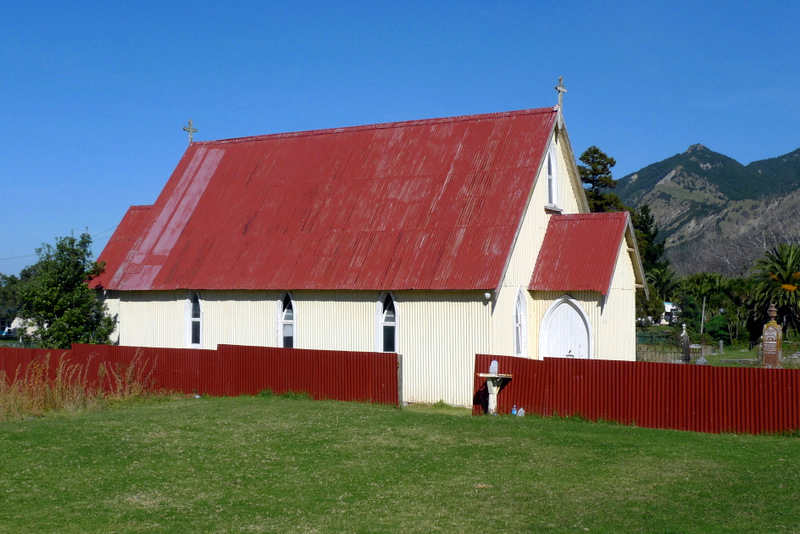 The church has a unique Art Nouveau leadlight window and an original wooden interior. The church has an active congregation and its pamphlet provides a detailed background for the heritage listed category II church. The church grounds are well maintained and check with local church members for access before visiting. Don Donovan included St Andrew’s in his book Country Churches of New Zealand (2002). 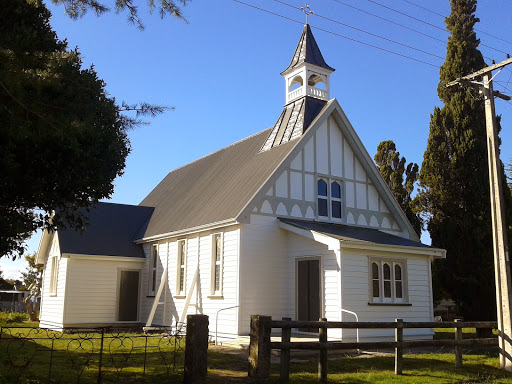 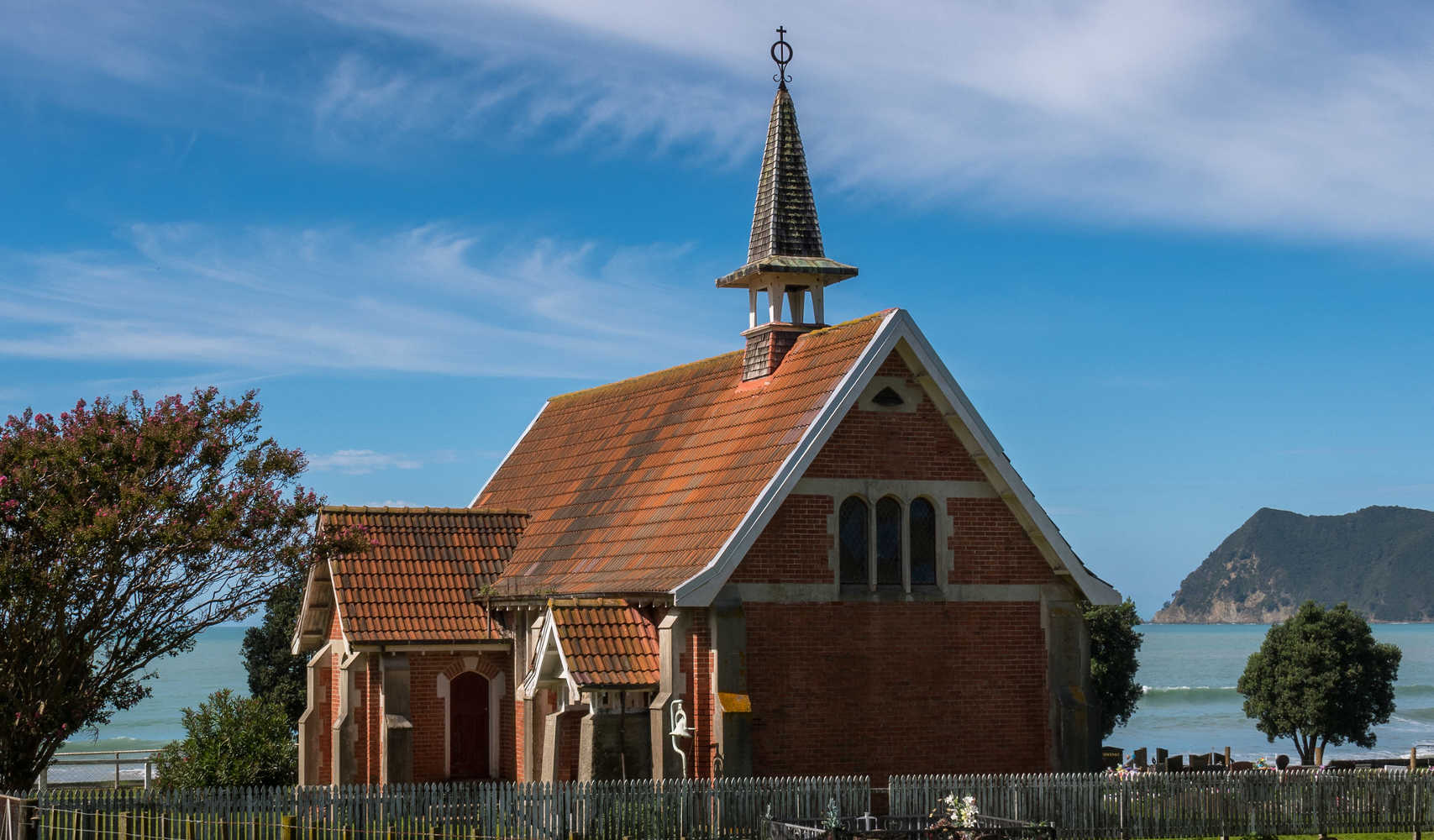 The church with its glorious setting in the bay is a photographer’s delight. The heritage category II church was opened in March 1925. There is historical discussion around whether the church was built as a memorial to World War I or simply a memorial was included as part of the church structure. See St Abraham’s memorial, Waipiro Bay for further details.

As with many public buildings the two war memorial tablets are of signficance for the local congregation.

Having received his education in Riverton, Stirling went to Dunedin to work for the Williams Construction Company learning building and carpentry. He was then employed on the East Coast by Sydney Williams. He built the woolsheds at Kuhirerere Station and Pakihiroa Station for Williams, and soon established a good reputation as a carpenter. He went on to build many residences around Tolaga Bay. He also built a church in Tolaga Bay which led to similar contracts in Tokomaru Bay, Tuatui, Mangahanea, Te Horo, Torere, Tikitiki and Te Araroa. One of his most attractive church buildings is Christ Church, Raukokore (1894-95). Stirling also built the old Kemp homestead at Ruatoria and the Ngai Tai meeting house “Te Roroku” which stood at Torere.

What do you think about “Maori inspired church architecture”?