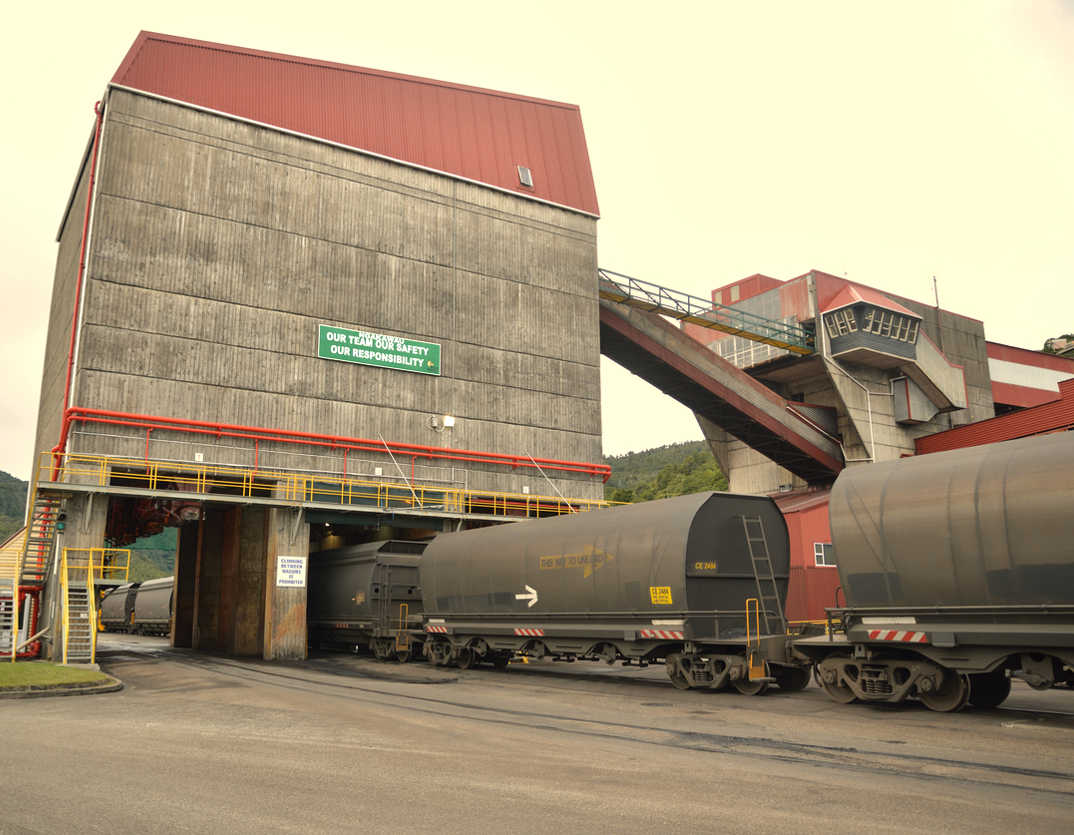 Ngakawau coal terminus for Stockton mine 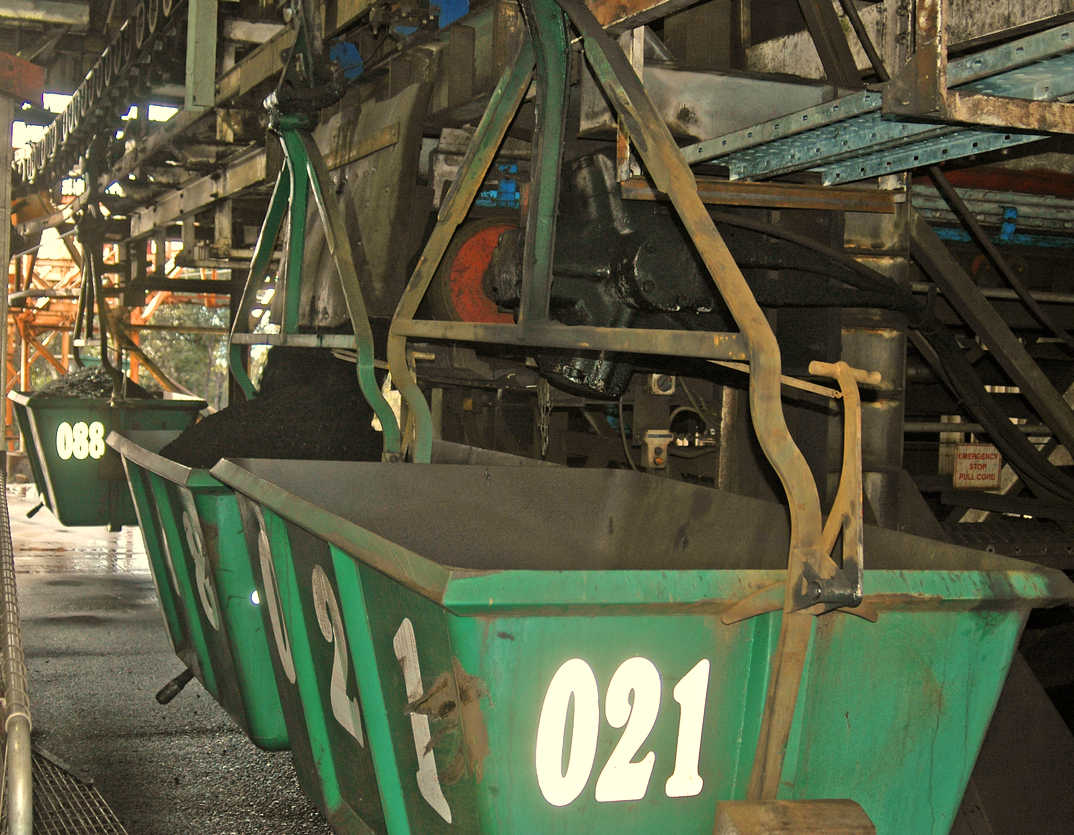 Your second stop is Ngakawau to view current coal operations and the transport of coal, via the railway network to Westport Port. The terminus for the Stockton aerial ropeway which transports the coal in buckets from the current operational mine on the Stockton plateau to be loaded onto rail for export through the Port of Westport and the Port of Lyttelton on the east coast.  Ngakawau is located on the southern side of the Ngakawau River which flows out to sea at Hector.

The ropeway has eliminated the dangerous inclines of Denniston and Millerton to transport coal to rail hubs.  The coal is largely exported via ship to steel makers in Japan, India, China, South Africa and Brazil. Parcels of coal are barged from Westport to Port Kembla, New South Wales in Australia.  It is a massive industrial operation with coal dust, coal debris in large slag heaps and is a visible reminder of the historic and current importance of coal economically for the West Coast.

Call in at the local pub in Ngakawau for local colour. Perhaps have a bite to eat.  At Ngakawau take a walk through the local campgrounds to the beach to view the rugged coast and Tasman Sea pounding the beach.  You will have already visited Granity and observed the impact of climate change. 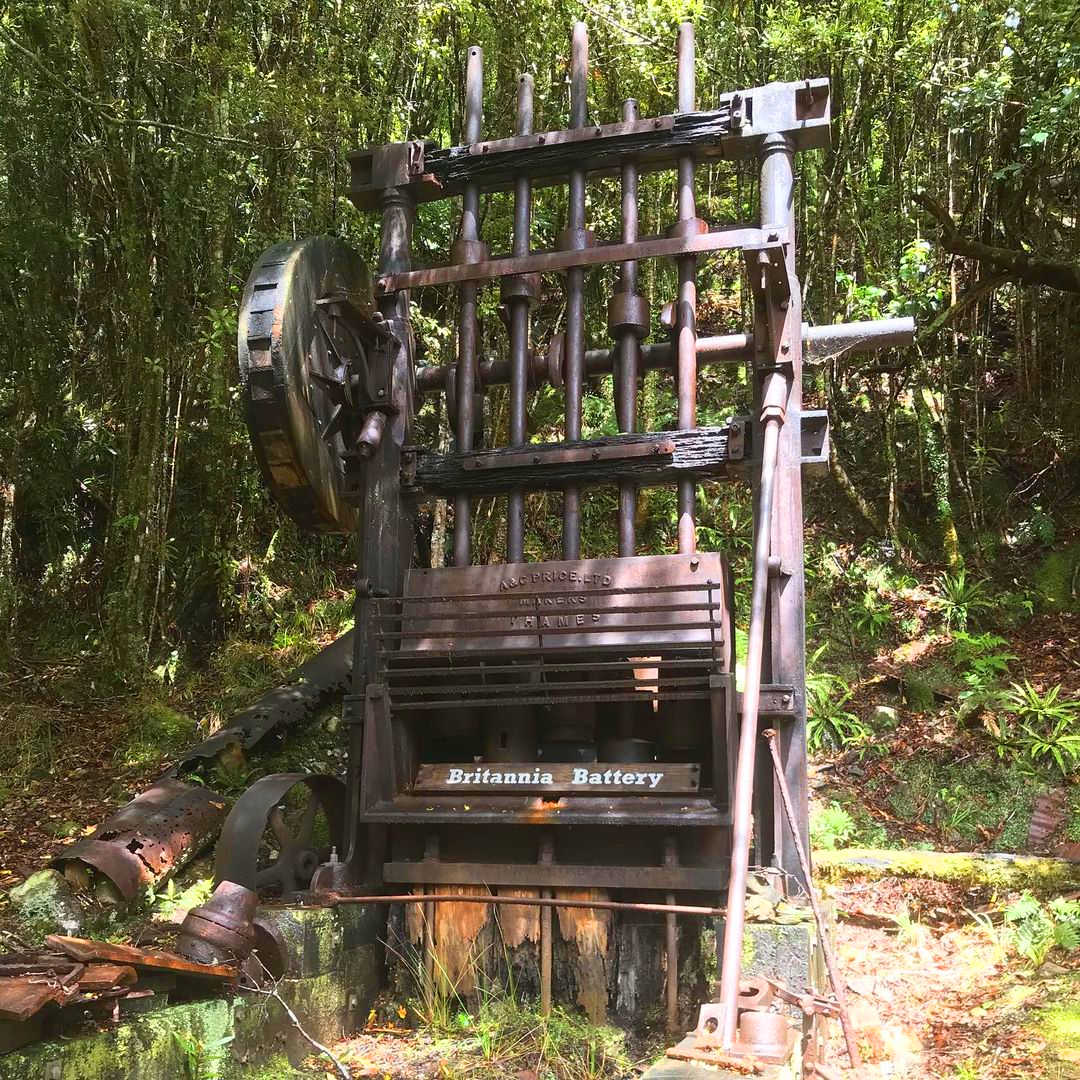 Waimangaroa and Britannia Gold Mine

You can try your hand at gold panning. See what your fortunes bring for the day. Be prepared to be disappointed. North of Waimangaroa is O’Connor Road leading to a car park, The walking track is the original bullock track and is wide and easy to navigate. Entrance is located in the carpark. Follow signs to the gold fossicking area. Hand tools are allowed and no permit is required. The designated area is from the abandoned gold mine to the beginning of the farmland downstream. The second signposted track leads to the Republic battery site. Continuing up the valley, several tracks lead off. The first drops down to the Republic Battery site. A few scattered remnants remain here. The second side track leads quickly to an old adit, full of cave weta. The main track becomes rougher and crosses a few hillside streams before turning off the bullock track (which runs out soon anyway) and dropping to the Britannia Battery site.

Dropping through native bush is the Britannia battery. The quartz crusher battery reduces the rocks to small pebbles to assist with the dissolving of the gold in a cyanide water solution. The battery dates from 1925 built by Price of Thames whose buildings are still used for steel manufacturing. It is very impressive, an industrial piece of machinery in the middle of what is now quiet forest. The Britannia Mining Company 1896 and ceased in 1910. The area was restarted in 1925 and the 5-head stamper battery was brought to site then. There were various mines dating back to 1875 to 1937 in the area. The site has plaques describing the site’s relics which include pelton wheel and cyanide tanks. 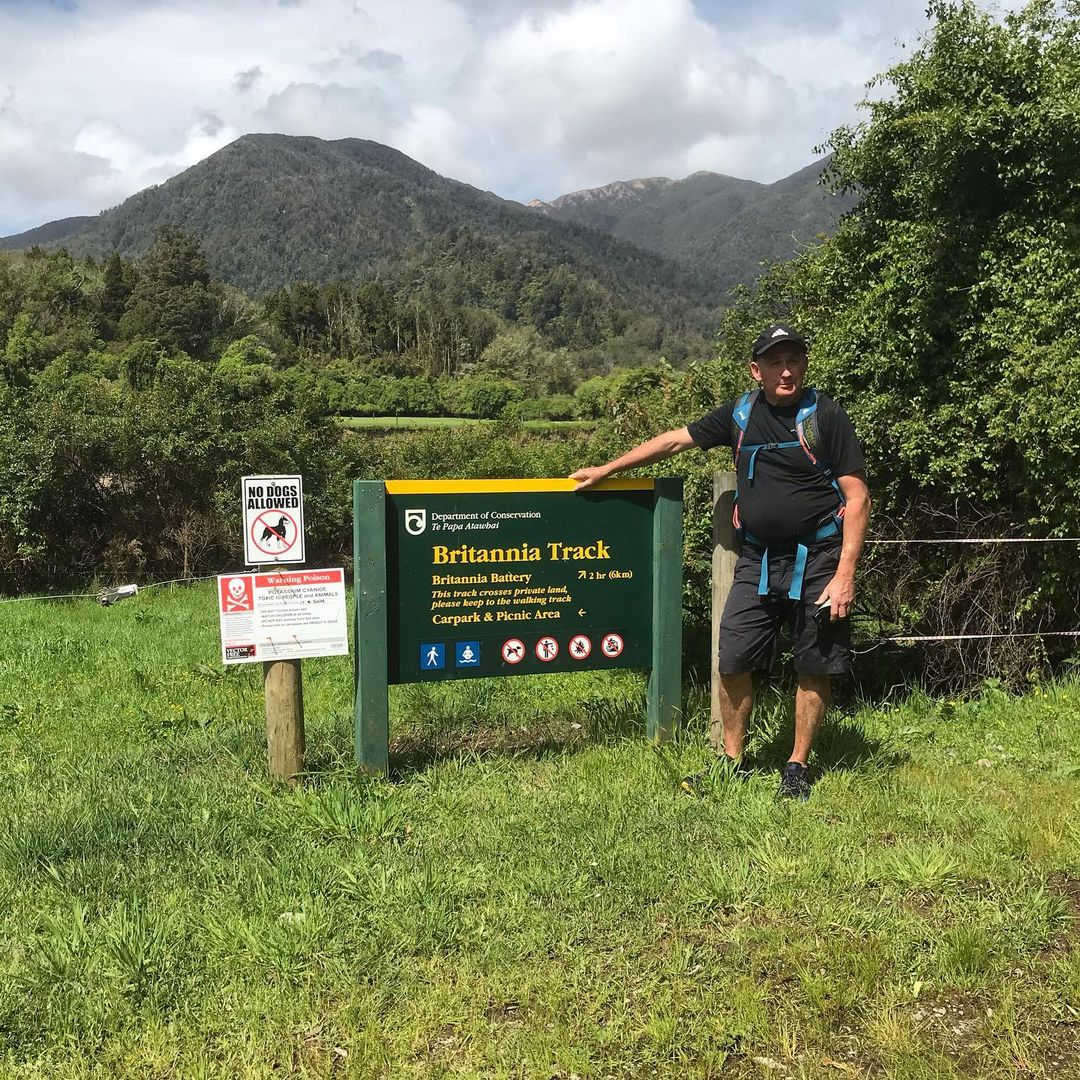