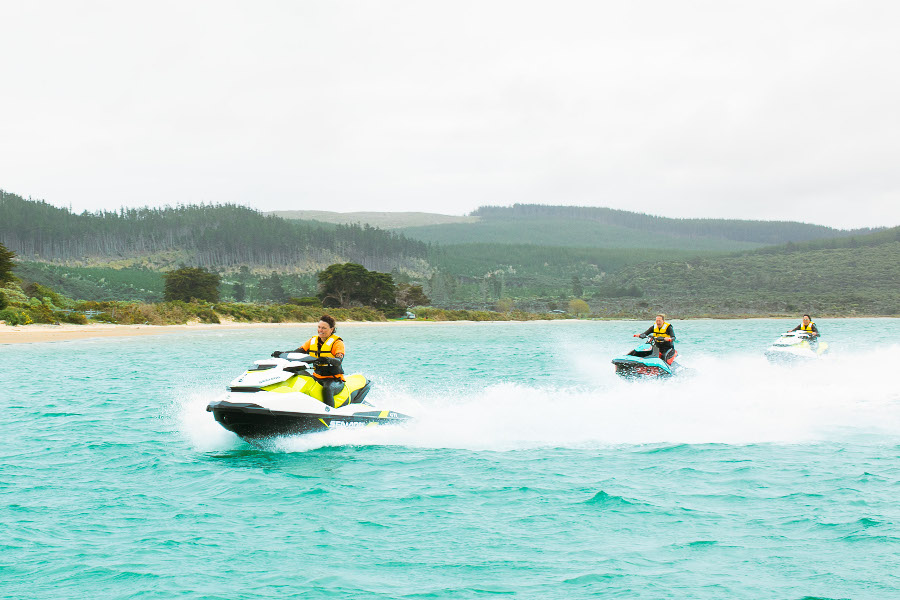 Horeke is the second oldest town in New Zealand and, more importantly the site of the first pub. Situated on the shorefront it served ship builders working in the first commercial shipbuilding industry based in Horeke. You will hear stories about New Zealand’s first documented murder trial at the nearby Methodist Mission. On your way to Horeke you will hear the story of Cannibal Jacks, Hokianga’s first European settler. Among his most notorious exploits was practising cannibalism. Jack’s life in Hokianga was at Martin’s Point. Immersed in Maori culture and practice he was fluent in Te Reo. There is very little physical evidence of his occupation however your imagination is all you require while listening to the narrative of Jack’s life in Aotearoa.

Either under your newly acquired jet skiing skills or the careful supervision of Lenny and his team leader, Antoinette your adventure takes up the harbour through native mangroves and up the river estuaries.