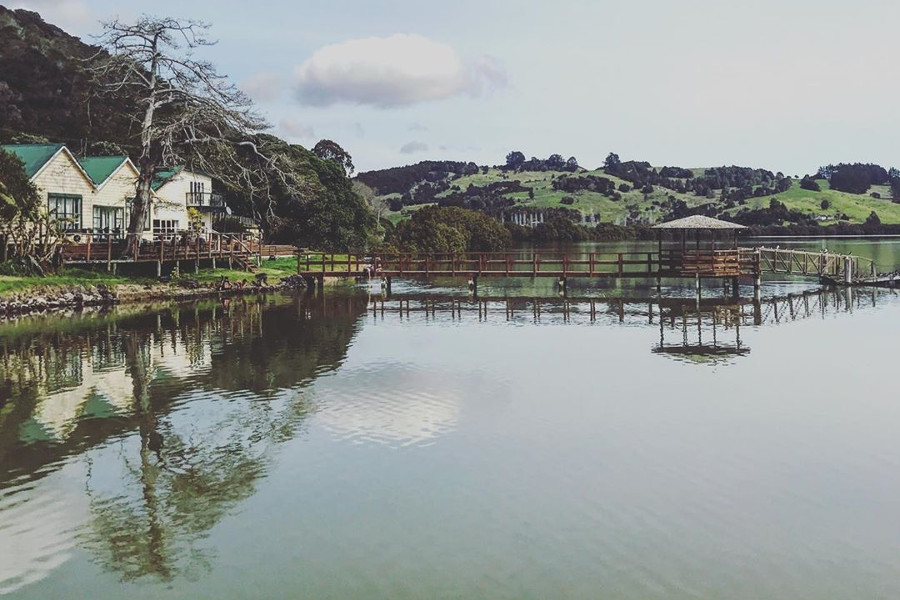 Records of a pub selling beer dates to the 1820’s. Although, there is the inconvenient fact that the pub did not have a liquor licence, that did not stop business. The interesting part of this story is that the Northland settlements already had bureaucrats issuing liquor licences. The Horeke Tavern was also the site of the first government organised hui. Governor Hobson trudged for six day to reach Horeke with the freshly inked Treaty of Waitangi. The balance of the Northland chiefs signed at the nearby Mangungu Mission station and then it was celebration time in the pub grounds.

“This meeting has been described as the ‘first government funded hui’, setting the scene for today’s sausage roll morning teas in government departments. The Postal Service also has its origins here, with a horseback service between the Hokianga and the Bay of Islands starting three months after the Treaty signing.” as described by NZPlaces. Definitely a place to visit to check out where New Zealanders got the idea of sausage rolls as a food group.