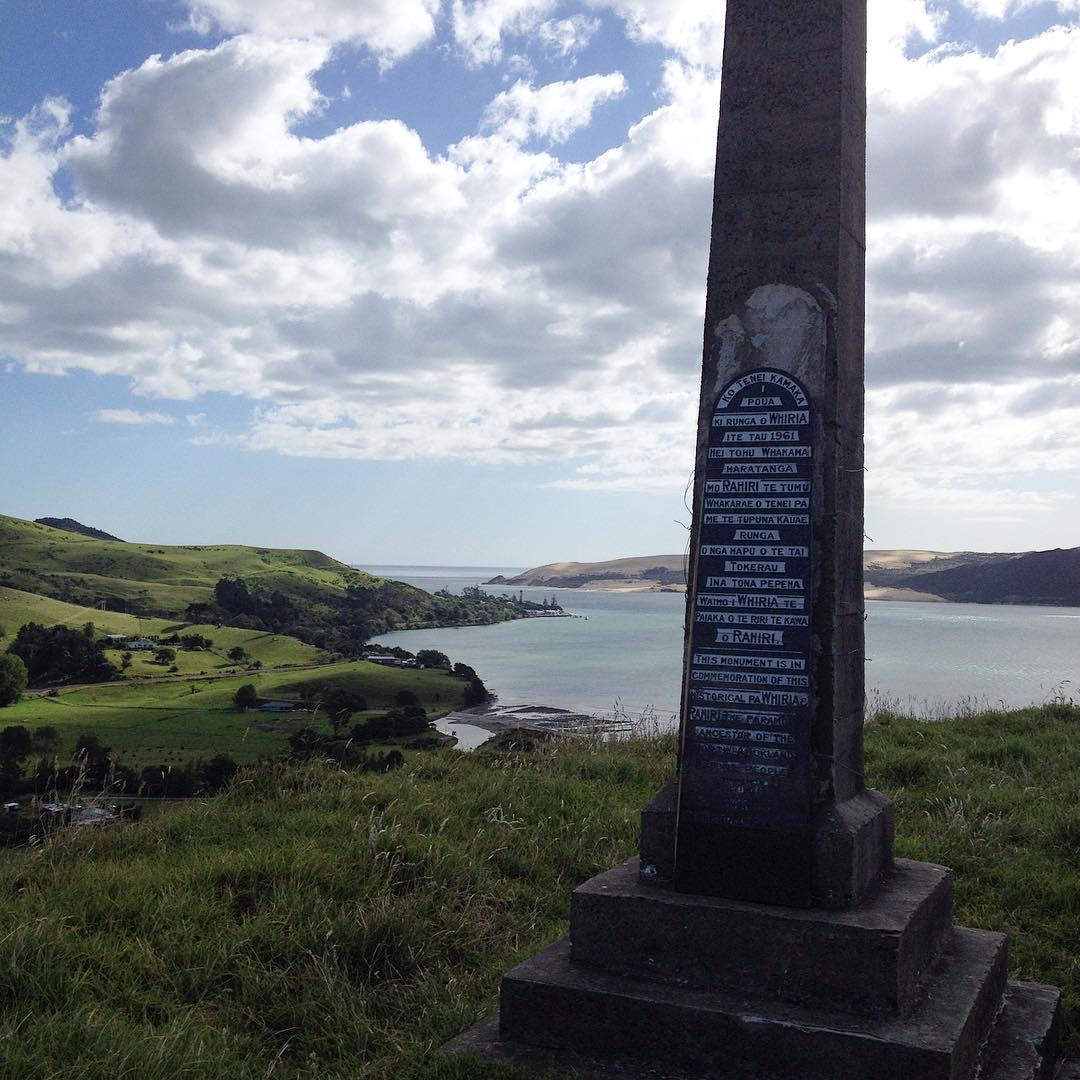 Who needs a statue of Nelson when New Zealand’s got world class military strategist like Rahiri. He was a paramount chief in the seventeenth century. A monument to Rahiri stands on the summit of Whiria mountain. As does the site of a strategic Pa. The position made the Pa impregnable and the area was never conquered. Rahiri descendents are Ngapuhi from the two marriages that cemented his position in the north. For more historical information consult Rāwiri Taonui, ‘Ngāpuhi’, Te Ara – the Encyclopedia of New Zealand, Ngāpuhi.

Excerpt from Encyclopedia of New Zealand, “Ngāpuhi by  Rāwiri Taonui… The magical light from Te Ramaroa mountain first guided Kupe into Hokianga Harbour. Many other sacred mountains support the house of Ngāpuhi, a people who played a central role in Māori history. Lands, Ngāpuhi is the largest tribe in New Zealand. Their heartland lies at Te Tai Tokerau (the northern tide) in the far north. The territory stretches west to east from Hokianga Harbour to the Bay of Islands, and southward to Maunganui Bluff and Whāngārei. The following chant likens the lands of Ngāpuhi to a traditional house”