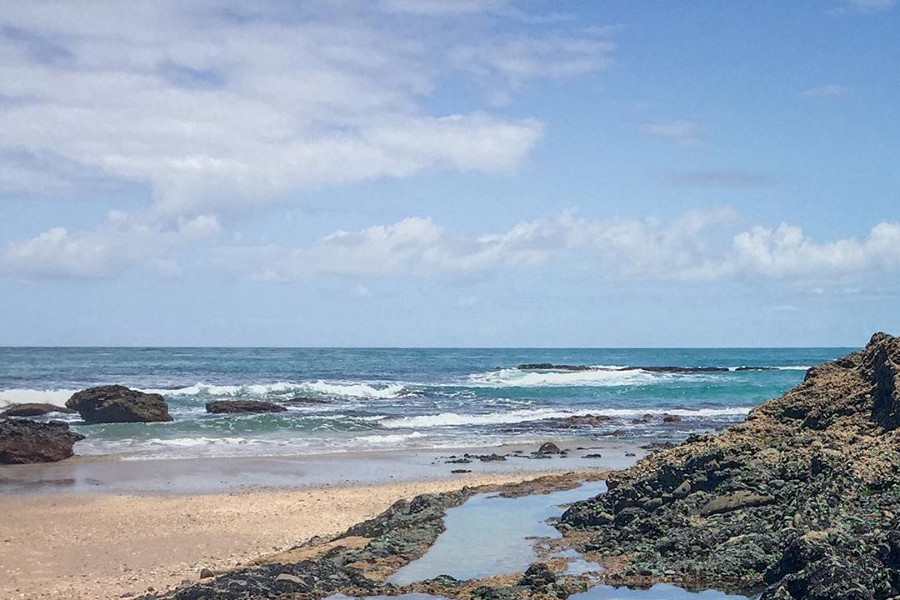 Arai-te-uru Recreation Reserve Hokianga Heads area. A nature reserve in Opononi. Absolutely spectacular views over the harbour and the wild west coast. A short walk leads to the site of an old signal station built to assist ships making the treacherous passage into the Hokianga. It closed in 1951 due to a decline in ships entering the harbour. A track also heads down to picturesque little Martin’s Bay. Arai Te Uru is the name of the Taniwha which guards the harbour entrance with its sister Taniwha Niwa who stands guard on the opposite shore.

Five ships had been shipwrecked in the late 1820’s. This led to merchant seaman John Martin, who had made Hokianga his home, feel something should be done to warn ships of the sand bars and dangers facing entry into the harbour. Together with local chief Moetara a pilot service, in the 1830’s was set up. He erected a signalling mast on the high point of the South Head. According to some accounts he was not paid for the service until he was officially appointed. The mast remained operational until 1951 when technology and decreased harbour use led to closure. The final flagstaff still can be found in Opononi above the R.S.A. hall in Opononi, and the last signal light is in the local museum.