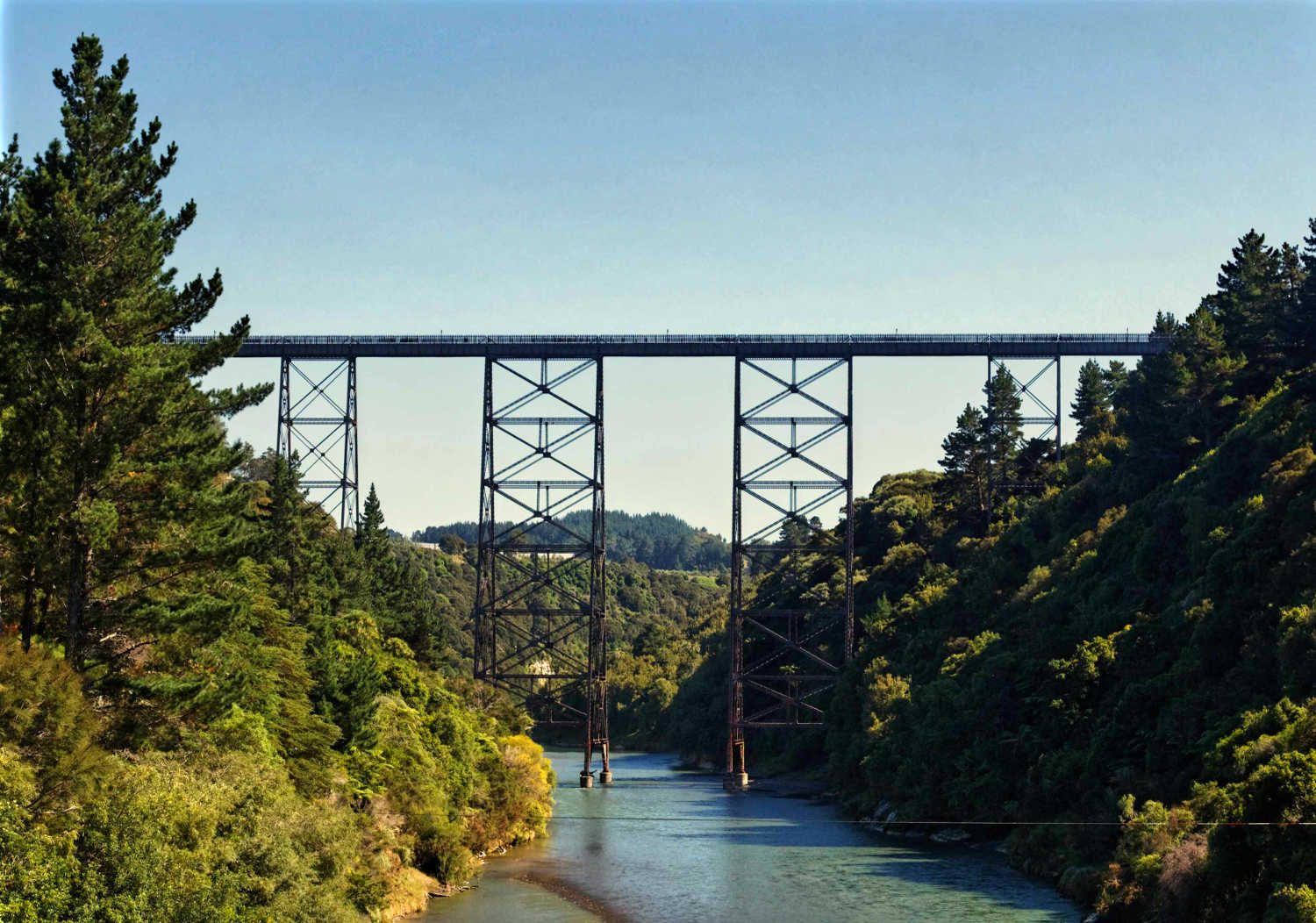 Lookout point and picnic area. Pop into the lookout point to view the spectacular Mohaka Railway Viaduct, opened in 1937. The viaduct is steel construction, 96 metres above river level with a span of 278 metres. The Wairoa to Napier section was constructed through remote, inhospitable terrain.The completion of the Westshore road / rail bridge and embankment in 1918 was the first major step in the construction of a rail link to Wairoa. The line took 21 years to build. Construction was hampered by floods, earthquakes, massive slips and the depression years of the early 1930s. As well as four notable viaducts there is one of New Zealand’s highest viaducts and nine tunnels.