Power of the Dog film locations, places to go

Discover Aotearoa New Zealand’s scenery triumphs in the oscar winning film Power of the Dog. Scenery, captured beautifully by kiwi director Jane Campion is an integral part of the phenomenal impact in the success of the POWER OF THE DOG film. New Zealand promises to not be too smug about the gorgeousness of its landscapes; rather it’s about sharing the raw power of Otago’s Hawkdun Ranges, Lindis Valley, Maniototo plains and Oamaru with visitors.

Discover these locations on the Central Otago Touring Route, South Island, New Zealand for the holiday of your dreams and experience the stunning landscapes yourself.

Between October to May (Spring to Autumn)

TOP SIGHTS OF THE POWER OF THE DOG FILM SCENES

Where is the power of the dog filmed? Scene – George and Rose’s scene at the Dunedin Railway Station collecting relatives dismarking from the train.

Whether you finish or start in Dunedin you’ll definitely recognise the distinct Railway Building from the parents’ arrival scene. The Dunedin Railway Station is beautiful both inside and out.

The Victorian precinct in Oamaru has preserved many 19th-century buildings constructed in local white limestone. The heritage Criterion Hotel doubled as the Emerton Hotel. The scenes in the fictional town of Herndon, Montana, were filmed around Tyne and Harbour Streets.

Scene Rose’s son Peter goes on a solitary horse ride. He locates a diseased cow and removes a tainted hide.

The scene was filmed at the Bannockburn Sluicings Historic Reserve near the town of Cromwell.

A landscape denuded of vegetation is stark evidence of the huge changes to the landscape when the pressure of water cannons created an environment dominated by rock rubble. There are the remains of crude stone houses, an identifiable blacksmith shop and caves where down in luck miners camped.  Allow an hour to explore the area and imagine life in the 19th century. Otago Daily Times reported the Burbank Ranch and the Western-style barn were built in a remote area in the Maniototo region. The location is not far from Falls Dam and Hills Creek (St Bathans district).

Remote, tussock landscapes where the sky and earth encourage photographers and lovers of nature to spin 360° in every direction. The distinctive shaped mountain range is the Hawkdun Ranges with a dog shaped shadowing due to the topography. The flat-topped Hawkdun Ranges are 1849 metres. The Hawkdun Ranges frame the Maniototo and Ida Valleys as well as the Manuherikia Basin. Internationally renowned artist Grahame Sydney captured the forever skies, the snow capped ranges and folded contours of the hills coated with vast golden tussocklands. Photographers will find it hard to leave the picturesque landscape; it’s a photographer’s dream destination. The Hawkdun Ranges are nearby the tiny settlement of St Bathans The stunning desolate high country of the gold mining towns of Naseby and St Bathans is a window into the past. The past where intrepid, determined prospectors trudged through the harsh landscape on the promise of gold on the horizon. Both towns are a mere 44km apart giving visitors an opportunity to travel in the slow lane. The glorious scenery makes the detour to the Falls Dam an activity in itself. The Falls Dam is the story of water management, the allocation of a valuable resource, water and the contentious issue of water supply. Falls Dam is situated on Loop Road 10 km east of St Bathans. The power house was constructed in 1935 and generates 1,250 kW of electricity. When you are driving Loop Road look out for the sign Fiddlers Flat Road which leads into the Dam wall. The dam is photogenic with the backdrop of the snow tipped Hawkdun Mountains. 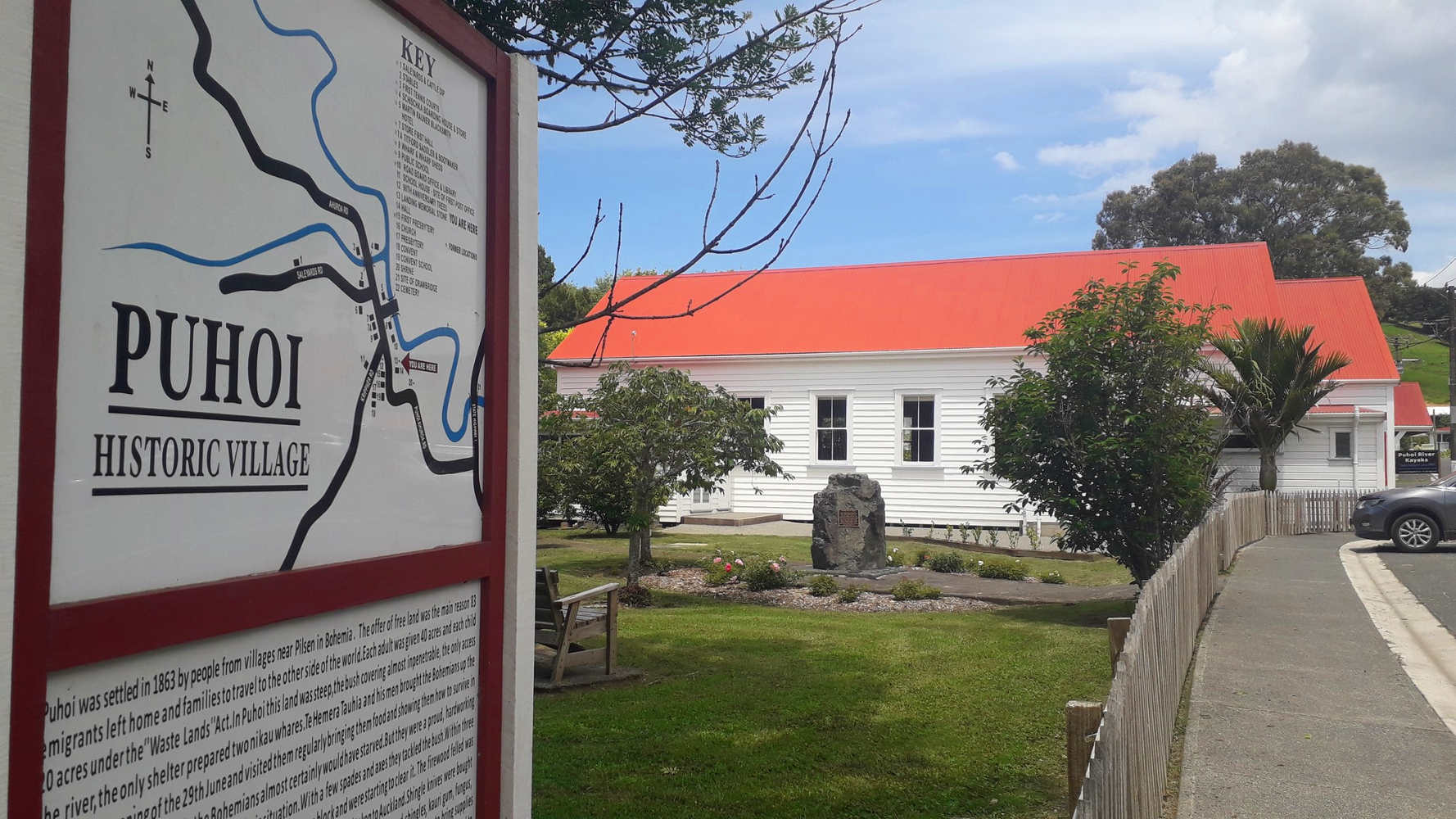 One of the film’s final scenes is the funeral of George Burnbank was shot in Puhoi at the Puhoi Centennial Hall in Puhoi, a small heritage town 50 km from Auckland. Puhoi is a popular day trip from Auckland.

THE POWER OF THE DOG FILM LOCATIONS 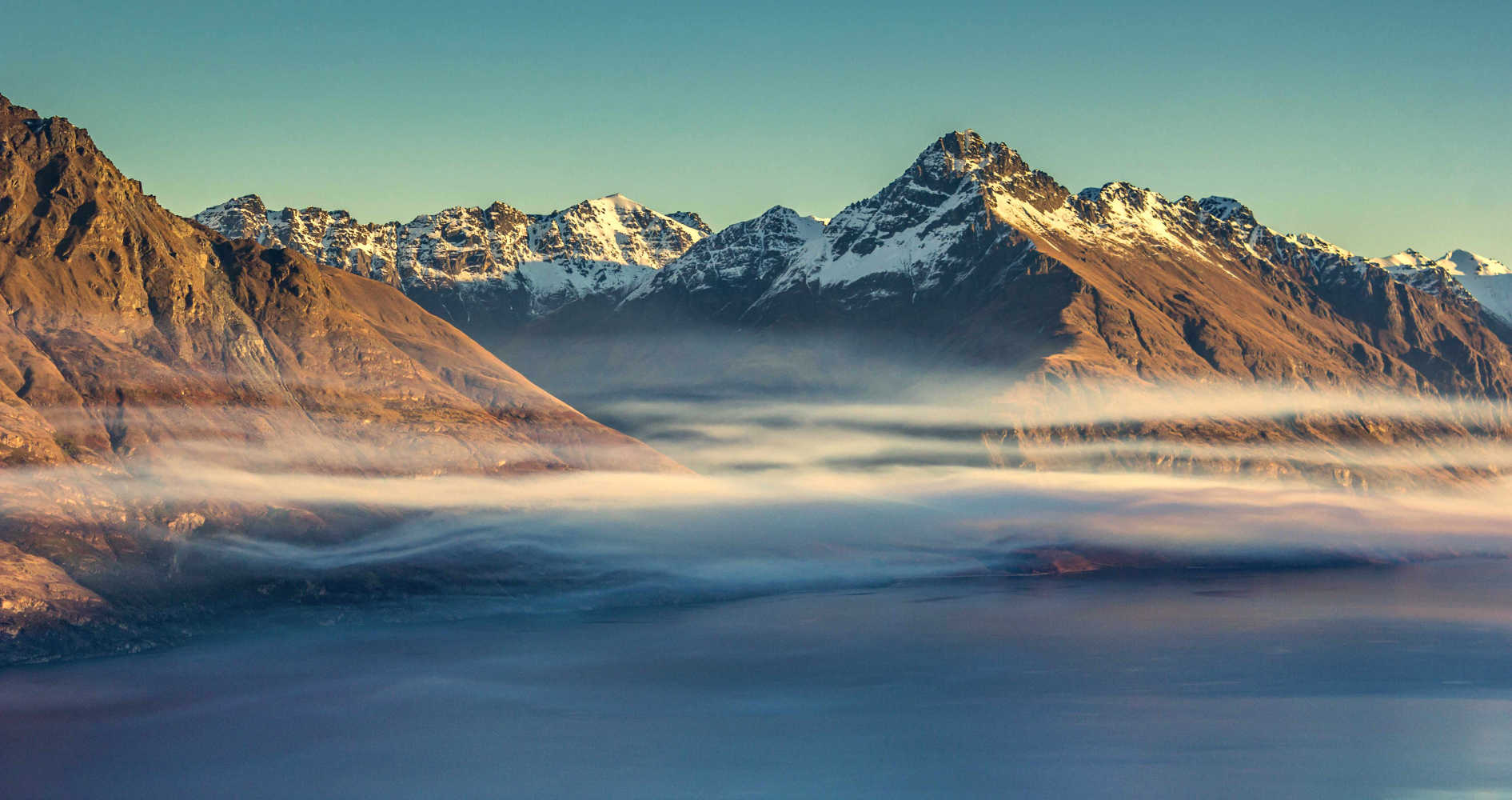 This is the quintessential New Zealand road trip with a touring route in sparsely populated areas and remote regions. The trip is bookended with exciting Queenstown, a sophisticated visitor centre and starts in the beautiful Victorian heritage town Dunedin, gateway to Central Otago attractions. St Bathans is a slight detour from the Central Otago Touring Route. While scenes of the film were shot nearby the actual settlement was not in the film. Yet it is very evocative of the era and the quaint historic town has barely changed since the gold rush fever led to St Bathans creation.