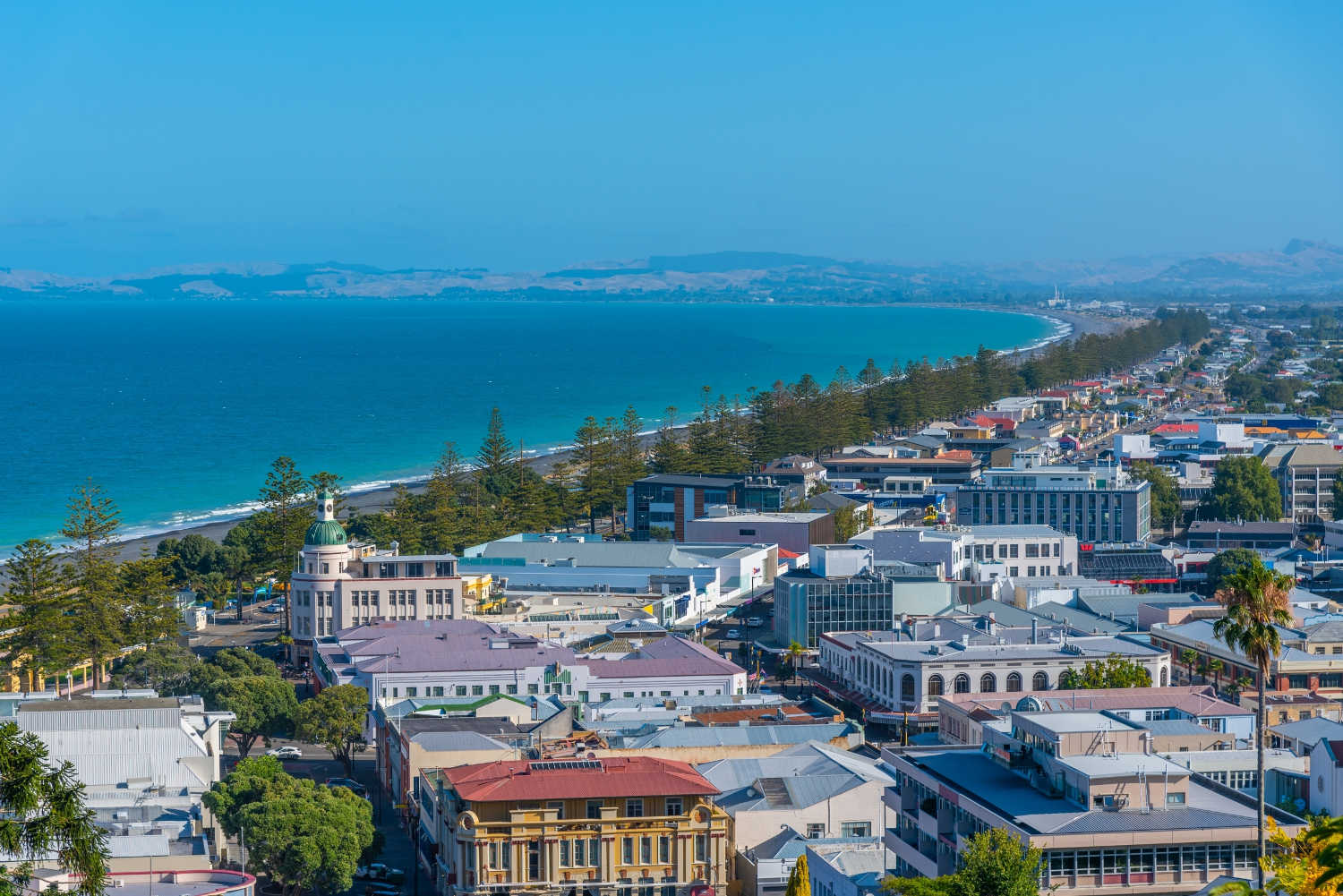 Art Deco exploration is a must when visiting Napier. You will have stopped by the Ahuriri National Tobacco building to glimpse the combination of art nouveau curved doorway tipped with roses adorning an art deco sunburst. It is an elaborate confection of Art Deco now a photo favourite. Moving onto Napier’s waterfront your Art Deco exploration will discover the Soundshell public pavilion and the nearby statue of Pania of the Reef, (1950’s European view of Maori cultural narratives). Pania has echoes of Copenhagen’s Little Mermaid. The surrounding gardens continue to be faithfully planted in the art deco style. The marine parade majestic Norfolk pines are pencil lines down the parade, offering a counterpoint to the Soundshell curved raised public art space.

The Napier CBD ANZ BANK and its neighbour were demolished in 1983. The loss of these two buildings helped to catalyse the preservation movement in Napier. The new building which replaced them was remodelled in 1995, 12 years after it was built, to make it more harmonious with its Art Deco era neighbours. 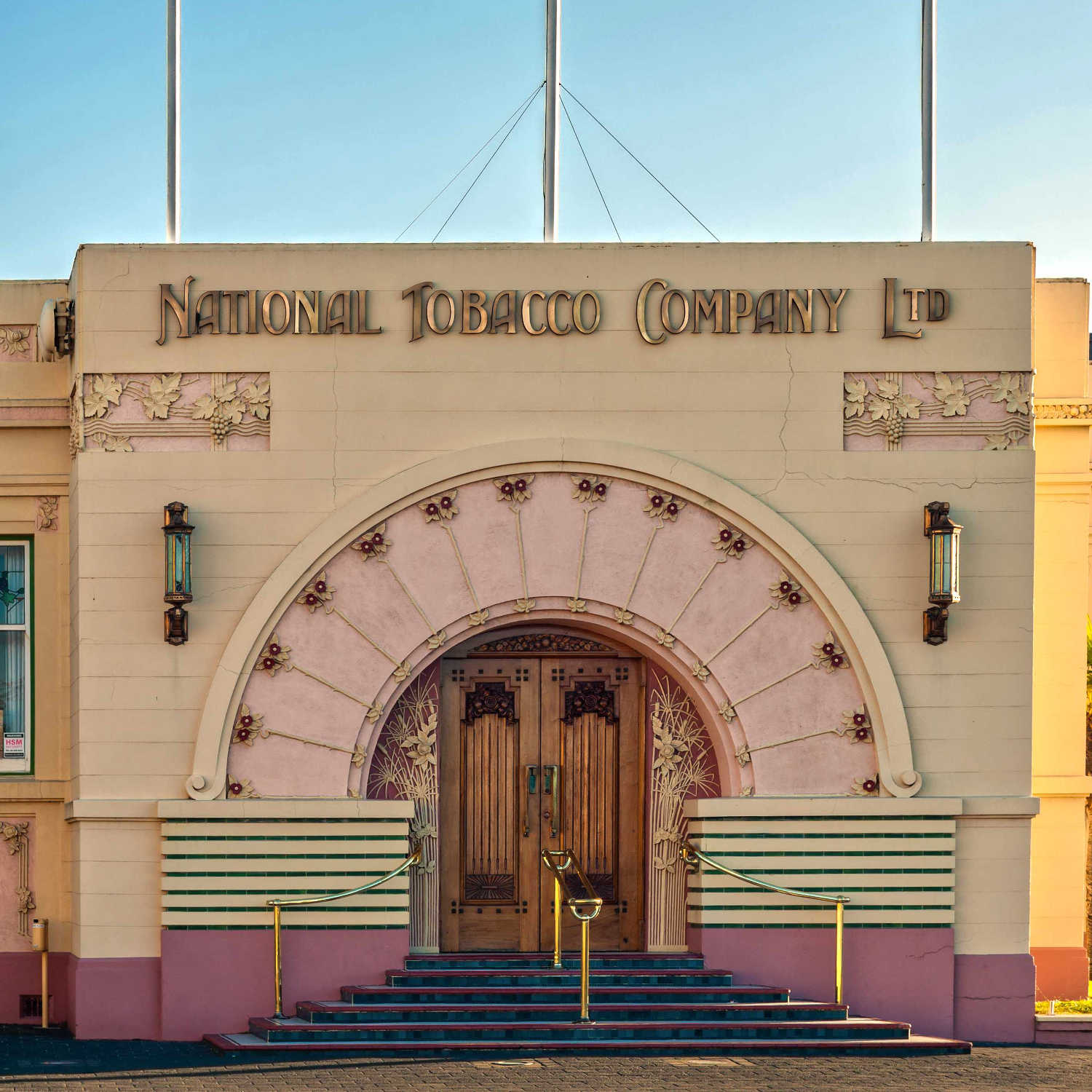 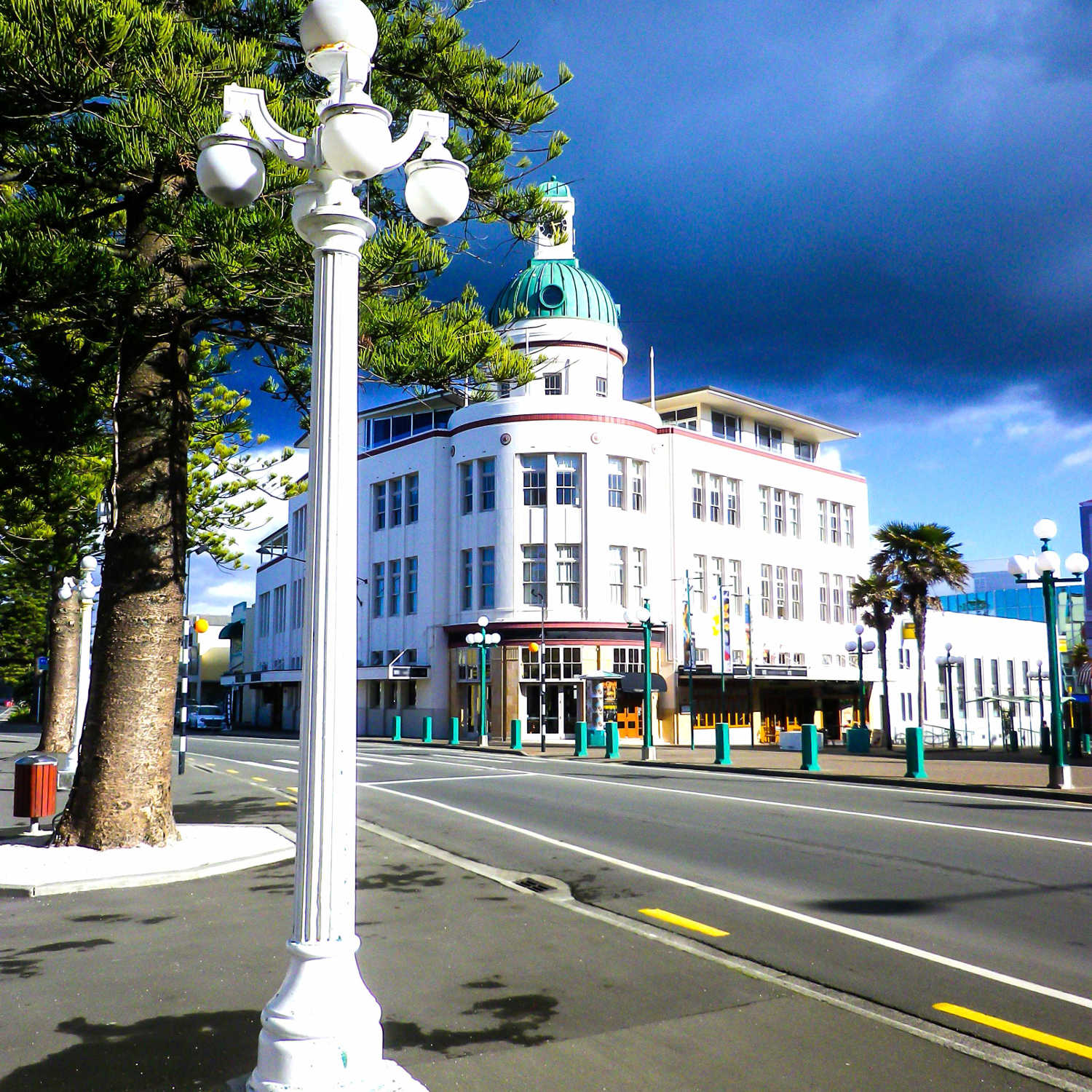 FORMER HOTEL CENTRAL (E A WILLIAMS, 1932) This is perhaps Napier’s most refined Art Deco building. Note the Egyptian style lotus capitals and falcon emblems on the columns of the main balcony, the delicate sunbursts and the zigzag borders. In Dalton Street is the entrance to the upper floor with tiled steps, decorative plasterwork, the original sign saying ‘Licensed to Sell Spiritous Liquors’, the pressed metal verandah ceiling and the one remaining original shop front on the right. Most of the partly empty upper floor is still original, with splendid plasterwork and glazing” … As described in the Art Deco brochure. To purchase self guided walks brochures, click here. 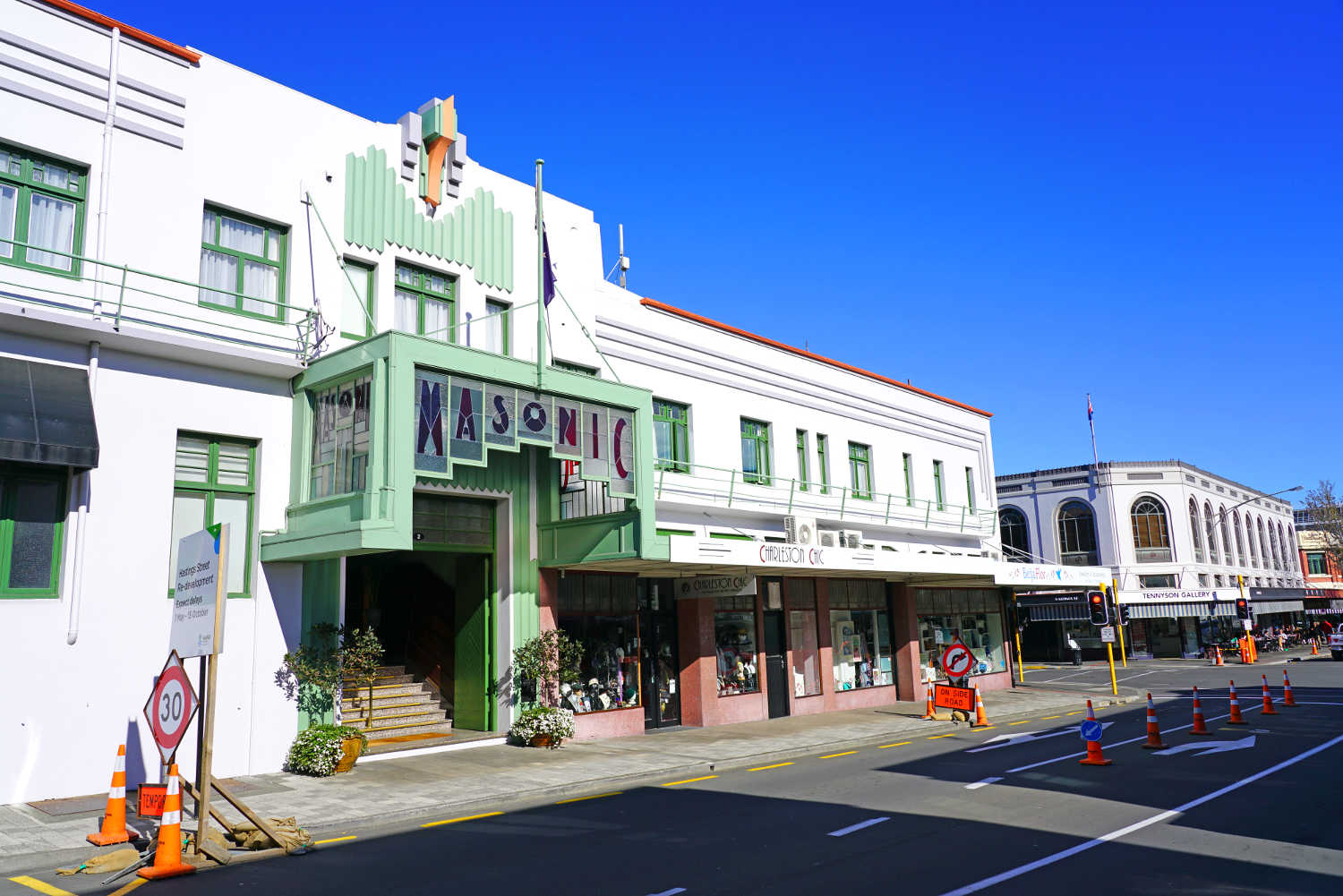 Private Guided Walk of Ahuriri exploring the Art Deco history and the industrial past of the area. The tour will tailor the walk to your pace and your particular interests, making this a unique and highly personalised experience. 1 hour and 1.5 hour walks available. Advance bookings are essential for all private tours with a minimum of 24 hours notice. The Art Deco Charitable Trust manages the Napier historic heritage walking tours and classic car or vintage car tours.

All tours include a complimentary viewing of our 20 minute earthquake movie “The Day that Changed the Bay”.

DID YOU KNOW? The colours of the new Napier were a major talking point. The town was very colourful compared with the brick, stone, concrete and cream painted wood in other cities. The colours were achieved by the new technique of mixing metallic oxides with the cement, which gave a range that included pink, blue, green, chartreuse and yellow, but more usually red/ brown, ochre, buff or biscuit, similar to the colours of the paving slabs in Emerson Street. … from Art Deco brochure