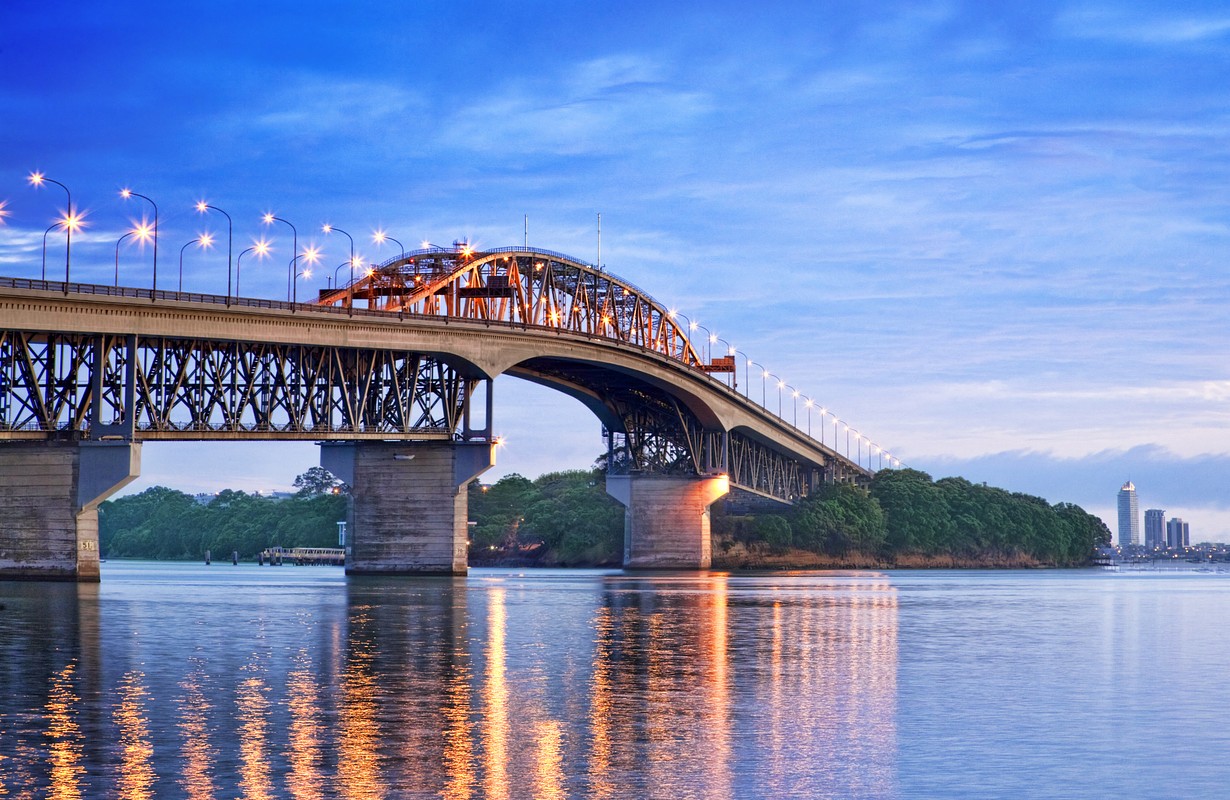 Under the Auckland Harbour bridge we visit a memorial to the three men who lost their lives during the construction of the original bridge. The Auckland Harbour Bridge is an eight-lane motorway bridge over the Waitematā Harbour in … accidents during construction, and the names of three of them are recorded on a memorial plaque underneath the bridge at the Northcote end.

MOTAT stories narrate the experiences of painters. “ Painting the bridge was a constant job. There were about 20 painters working on the bridge, divided into four teams. They used five coats of paint — each was a different colour so that they knew what stage they were up to in the painting. The painters used a sand blaster to prepare the surface, taking care that they did not damage the zinc-sprayed surface of the steel used in the bridge’s construction.”