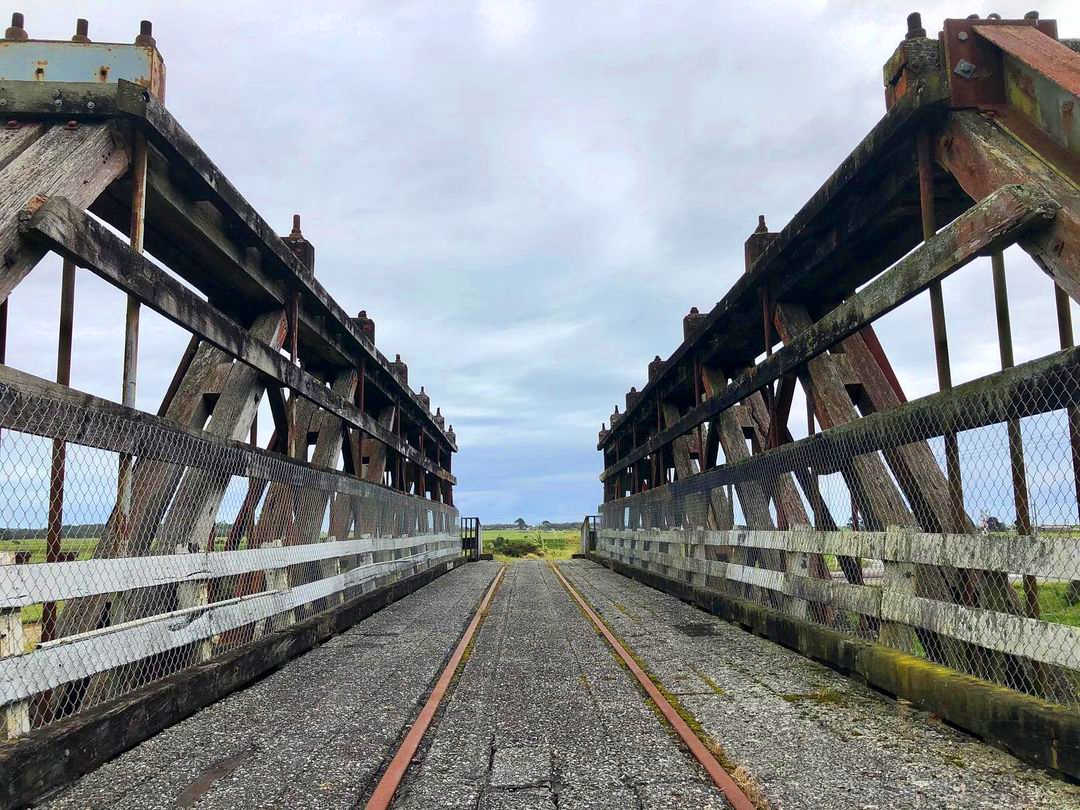 Your journey starts with a bridge to nowhere. The single remaining span of the former bridge is now in a public park near the location of the replacement modern concrete highway bridge. The former bridge is a Howe timber Truss construction. The combined road and rail bridge on State Highway 6, over the Arahura River (between Greymouth and Hokitika) was a vital link in the West Coast’s transport network for around 110 years. The bridge’s struss was saved as it is a very rare example of this type of structure.

One of its Howe trusses was retained and is now the centrepiece of the Arahura Bridge Heritage Park, close to the site of the former bridge. The remaining span serves as a memorial to the former structure. The park’s display includes educational material about the history of the former Arahura River Bridge.

The public park is clearly visible from SH6 pull into the public car park adjacent to the current modern bridge.

Duration 15 – 20 minutes unless you are an engineer