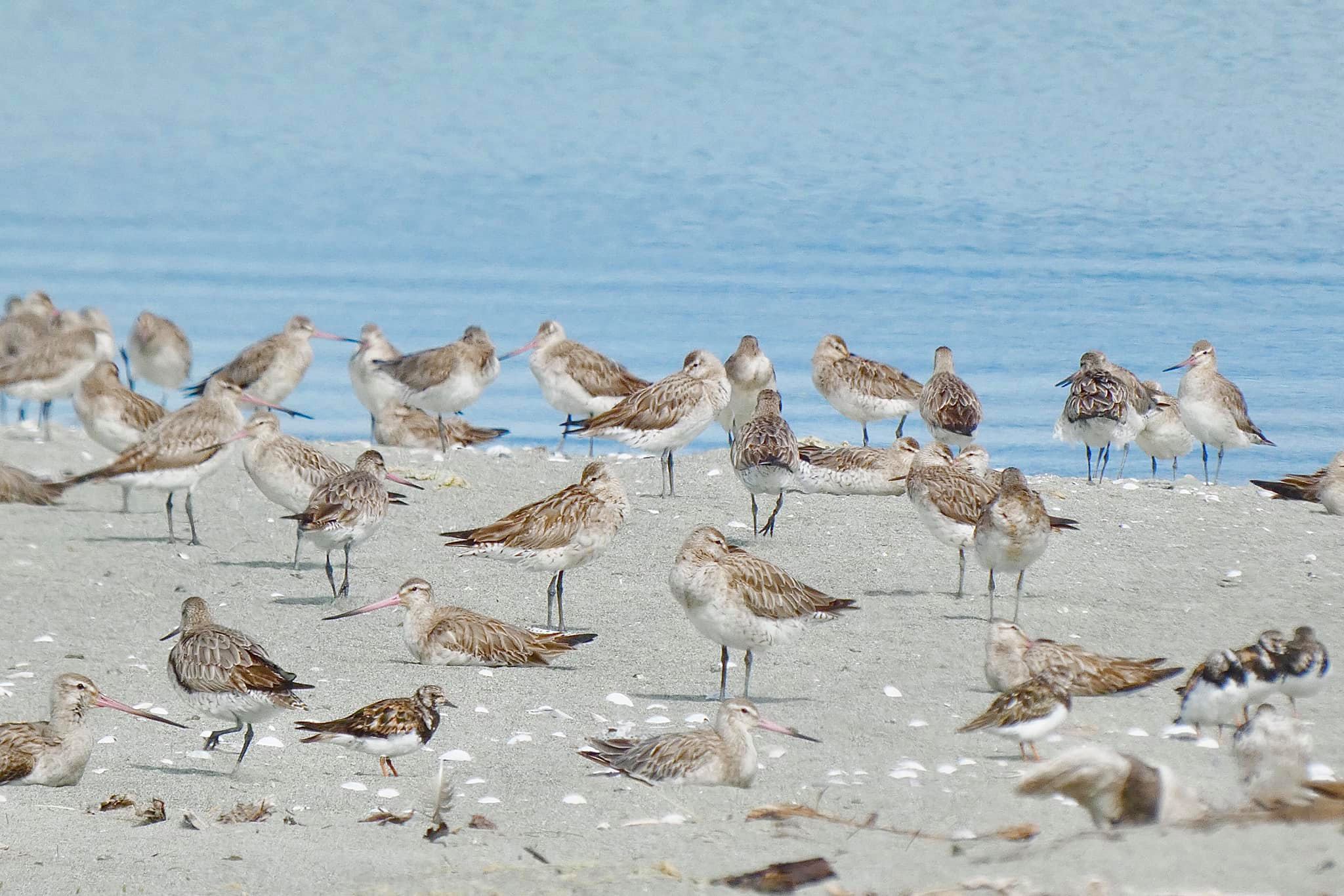 The Raumanuka Reserve and adjoining sandspit is a site of historic significance in this area. Follow Old Wharf Road out to the coast before turning left onto Motueka Quay, and past the shipwrecked Janie Seddon. This is a section to ride at a casual pace, take in the spectacular estuary views and spot birds and wildlife. The esplanade reserve is renowned by birders as an internationally significant place for estuary and sea birds including the majestic Kotuku (white heron). This quiet reserve does not boast that it was the landing point for the first Pakeha Settlers of the Tasman Province (Region). This happened in 1842. The tiny plaque is obscured by bushes. You wonder how they landed as the vessel would have been safely anchored at some distance from land as it is a shallow tidal estuary. There are information plaques at the former Wharf site.

Motueka Sandspit: Motueka area, Nelson/Tasman region, Department of Conservation describes the area as the ‘Motueka sandspit is part of the Motueka River delta, which consists of the sandspit, the rivermouth, and the ‘Kumaras’ estuary.

Access to the Motueka River delta is at the end of Staples Street, just north of Motueka, or along the foreshore from the old Motueka wharf. From Staples Street the sandspit separates off from the “mainland” after about 400 metre stroll south down the walkway, and from the old Motueka wharf it’s closer to 1400 metres before you get to the spit’s base. A signpost marks the start of the walk.

The Motueka River delta is formed of sediments from the Motueka and Riwaka Rivers, swept into continually changing shapes by the sea.

The whole area is ecologically important. It has extensive areas of rushland and saltmarsh where whitebait spawn; it is rich in shellfish and therefore a major feeding ground for wading birds, up to 10,000 of which feed or roost on the sandspit in summer.

This site is considered internationally important (under the Ramsar convention for wetlands) because of the numbers of bar-tailed godwit, variable oystercatcher, and South Island pied oystercatcher that use the site. Other birds using the site are banded dotterel, ruddy turnstone, terns and gulls.The sandspit has an all-round view, from D’Urville Island to the Richmond and Arthur ranges and Abel Tasman National Park.