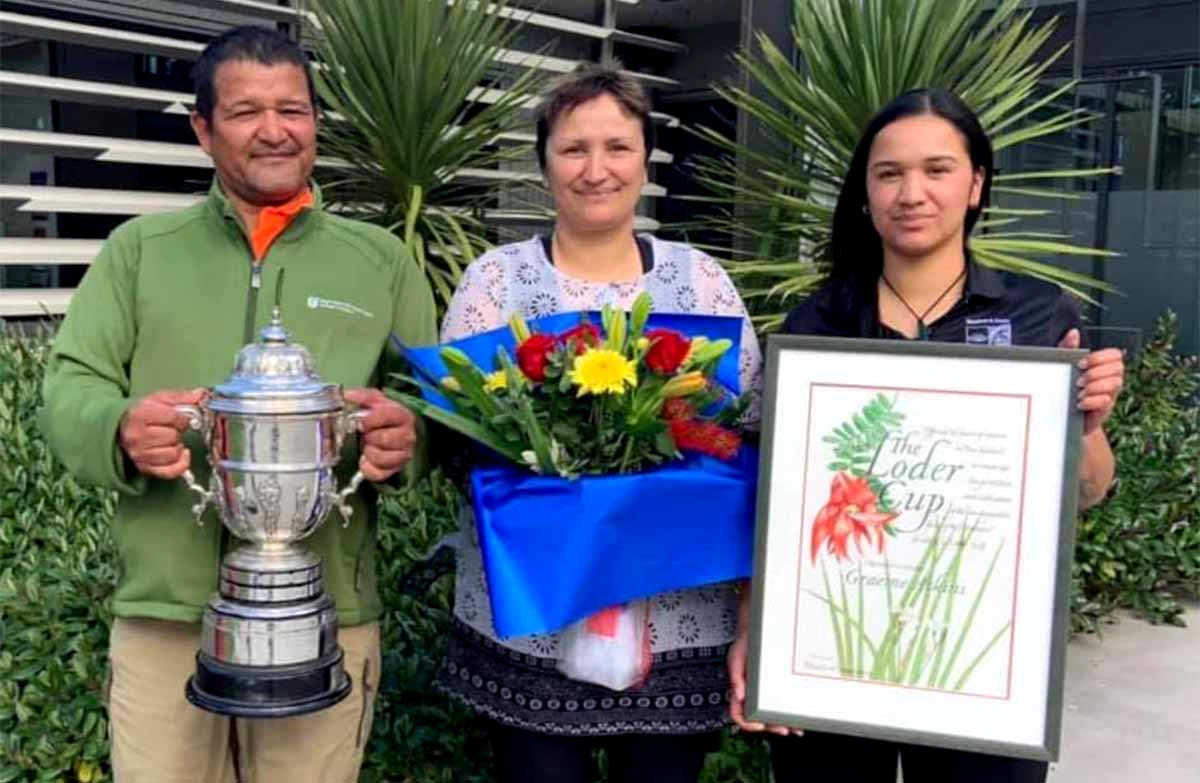 East Coast Department of Conservation ranger Graeme Atkins has been awarded New Zealand’s most prestigious conservation award, the Loder Cup. The cup was first donated in 1926 to encourage and honour New Zealanders who work to investigate, promote, retain and cherish our indigenous flora.

Atkins, of Ngāti Porou, was presented with the cup by Conservation Minister, Eugenie Sage, who says Atkin’s contribution to conservation goes well above and beyond his employment.

“Through his passion for taonga and rongoā, Graeme has made an outstanding contribution to the conservation of Aotearoa’s native plants. His protection of very rare plants, such as the white kakabeak/ngutukaka, the native iris mikoikoi, and dactylanthus on the East Coast have been vital to plant conservation in a region that is relatively under-studied.”

Atkins’ advocacy for restoring the health of the forests of the Raukūmara Range has helped secure a record $34 million investment in Te Raukūmara Pae Maunga project.

It is a partnership between Te Whānau-ā-Apanui, Ngāti Porou and DOC to control deer, goats, possums and other pests over 150,000 hectares to protect the Raukūmara forests, ensure species such as whio/blue duck, kaka, kererū, and Hochstetter’s frog can thrive once again, and strengthen ahi kaa for manawhenua,” Sage says.

Atkins learned rongoā from his grandmother and credits his passion for plants to his tohunga ancestor. He continues this hereditary interest by running rongoā classes and caring for a rongoā garden.

A summary from Graeme Atkins, lone ranger out east

What do you think about “Graeme Atkins”?