Auckland getting around, useful travel facts

Auckland is located around two harbours. Waitemata Harbour and Manuka Harbour. In the centre is the pinnacle Sky Tower dominating the city centre with its views of the Viaduct Harbour. Auckland city reaches to the North Shore district and beyond embracing urban sophistication with the outdoors as its backyard,

March to May or September November. These months offer spring or autumn temperatures with mostly sunny days as well as being the shoulder season for tourists.

It is recommended visitors have a poncho or umbrella handy for occasional showers. The warm coastal climate does not experience temperature extremes making a great year round destination. Summers in Auckland are between 22c to high 20’s with reasonable humidity. Winters are mild and damp. Rainfall is expected between July – September.

From the Northern Hemisphere – remember New Zealand’s seasons are opposite to Europe and North America. Summer is between November to early March… 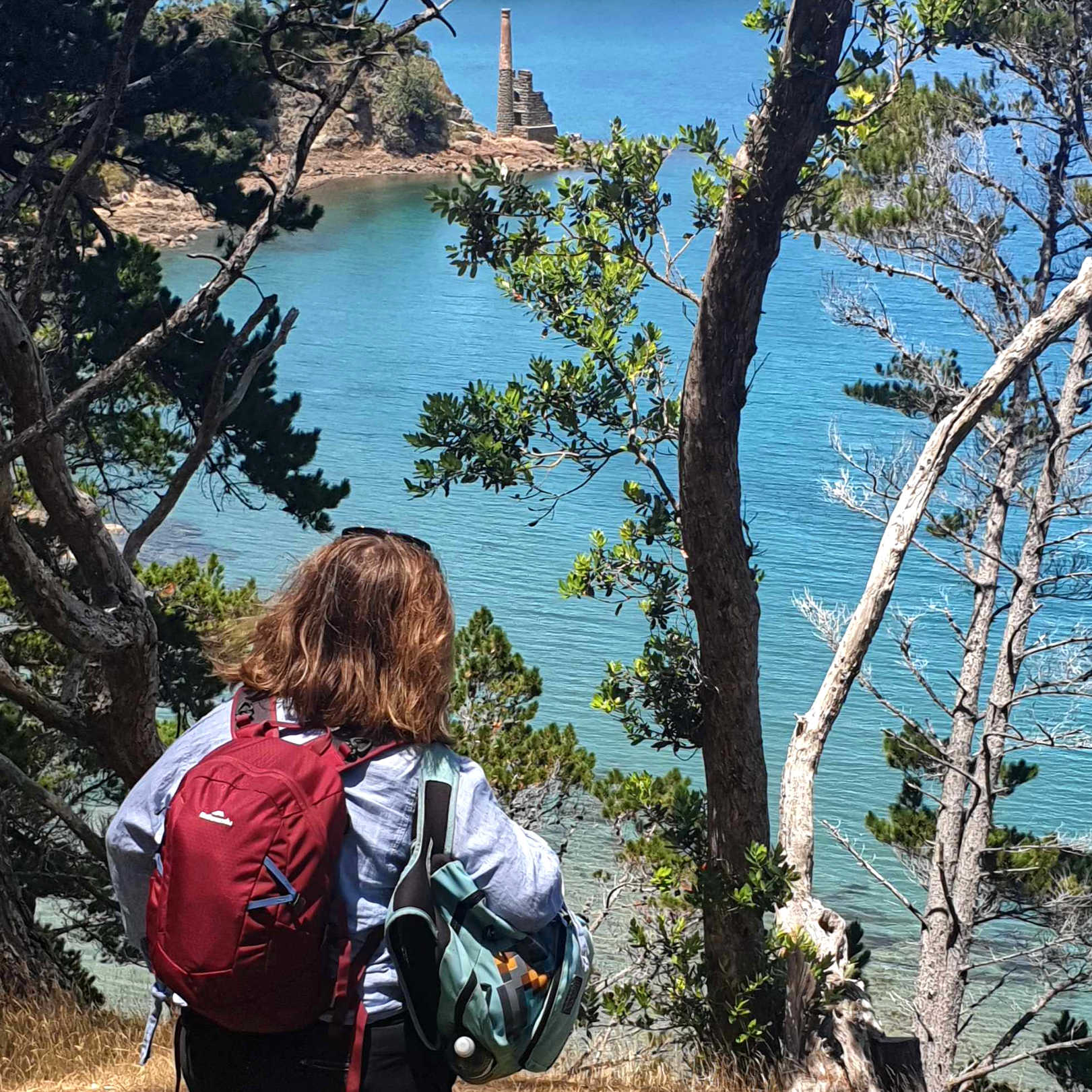 WHAT TO WEAR IN AUCKLAND

Informal style is the standard. Regardless of the time of the year, include a light rainproof jacket. Pack layers when visiting between May to September. Holiday travel clothes in summer T shirts and shorts are expected. Smart casual is the standard of dress for most restaurants and nightclubs. Except for business meetings men are seldom seen in suits and ties.

WHAT TO WEAR FOR DAY HIKES

Lace up footwear will ensure sturdy support for uneven surfaces. For tips and what to wear in the forest and bush check out New Zealand walks & hikes, attractions, things to do and places to go sections on bush safety and clothing guidelines.

AUCKLAND TRANSPORT – getting around

Auckland traffic is congested at peak times. However Auckland is a relatively small city and the traffic is still manageable compared to other large cities. Expect traffic delays in peak hour traffic (between 8.00 – 9.30am) (4.00 – 6.00 pm).

Look for this symbol on buses, trains and ferries for AT connected networks

If you plan on not using a private vehicle or rental vehicle you will need an AT HOP card. Purchase and load money onto an AT HOP card (a reusable prepay smart card). The AT HOP card is used to travel on AT trains, ferries and buses around Auckland. The card can be purchased online, at the Britomart customer service centre or an AT HOP retailer. Users can manually load money onto the card or set up an auto top-up whereby the balance tops up every time it dips below a certain amount of money. Simply tap on and tap off when you get on and off public transport. You can also use the AT HOP card for travel on the SkyBus to the airport. 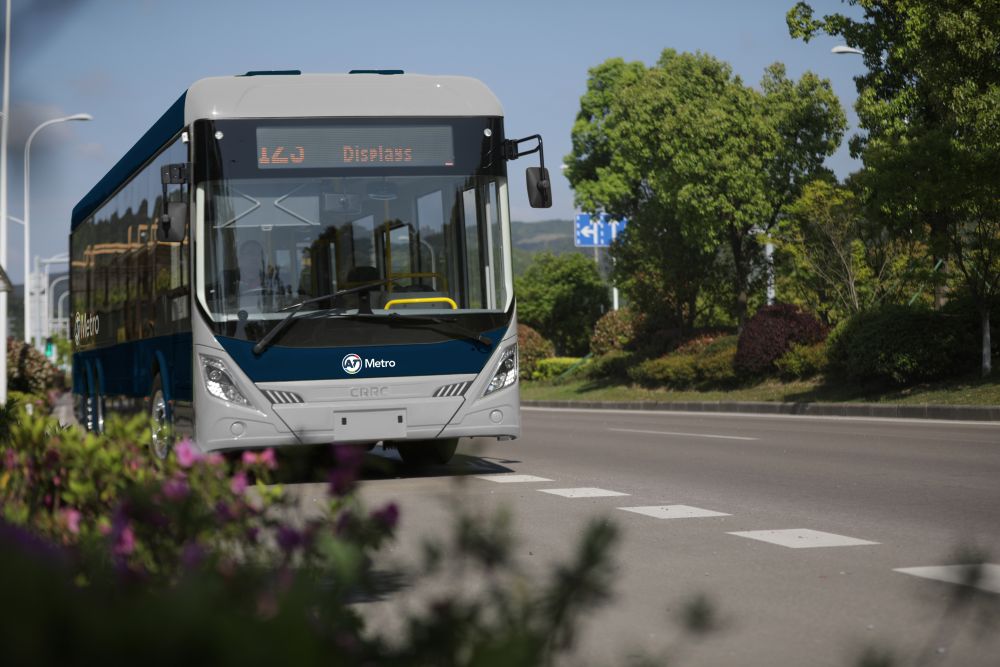 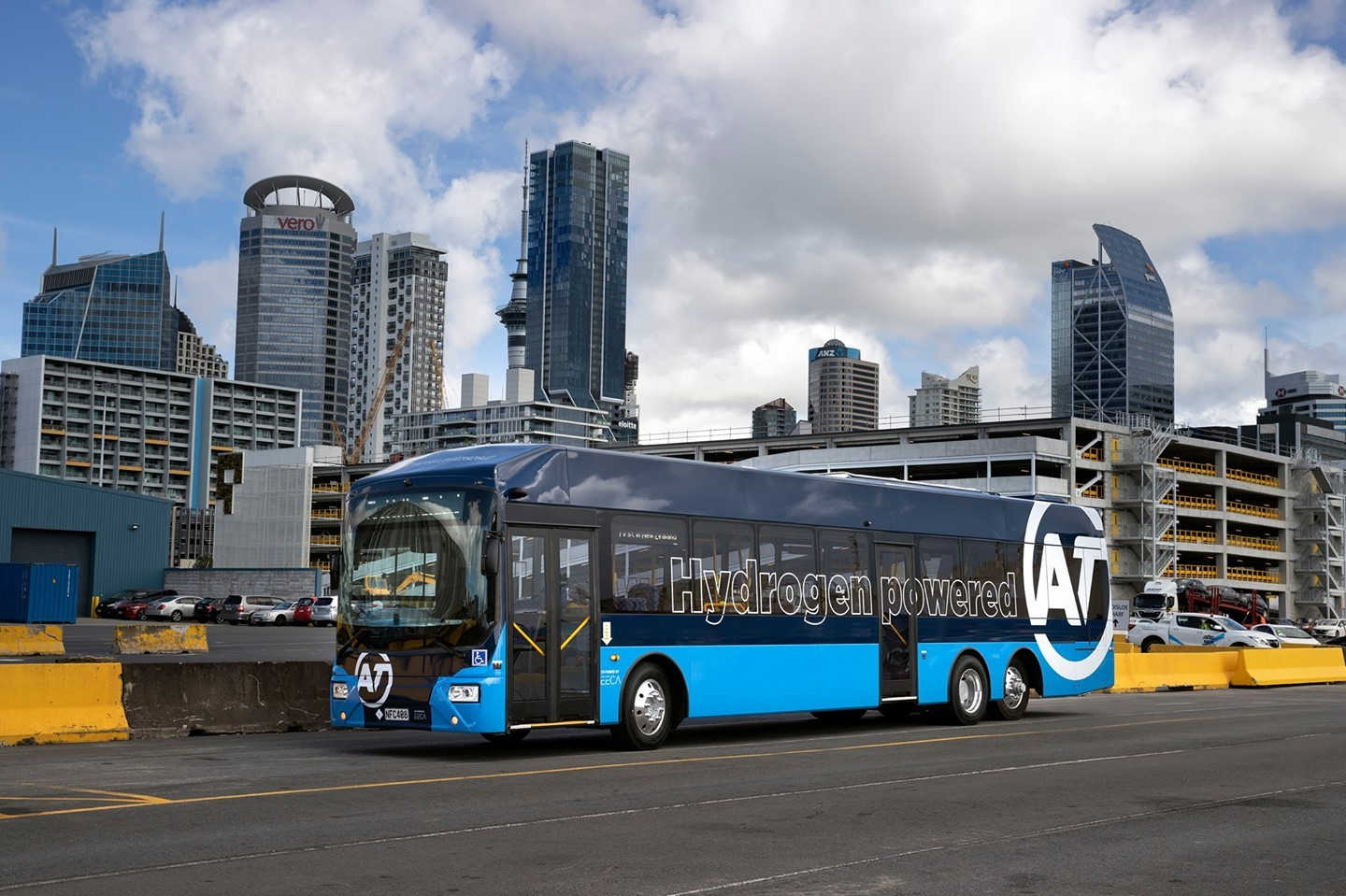 The easiest way to get around Auckland is with Link bus services. Just look for the red, green or yellow buses. The buses run frequently with times displayed on the bus stops. Catch the red bus (The CityLink) when travelling within the city centre, the green bus (The InnerLink) to get around Auckland’s inner city and the amber bus (OuterLink) when travelling around the inner suburbs of Auckland. For more details and information, see the website below.

You can buy your ticket from the bus driver (cash only) or get the AT HOP smart card that can be bought online or at the ticket office. One ticket office is Britomart customer service centre. (Ground floor Britomart Transport Centre, 8-10 Queen St, Auckland).

There are several regular bus services that connect the CBD and inner city suburbs. Departing regularly between 6am and midnight. The bus routes are colour coded. 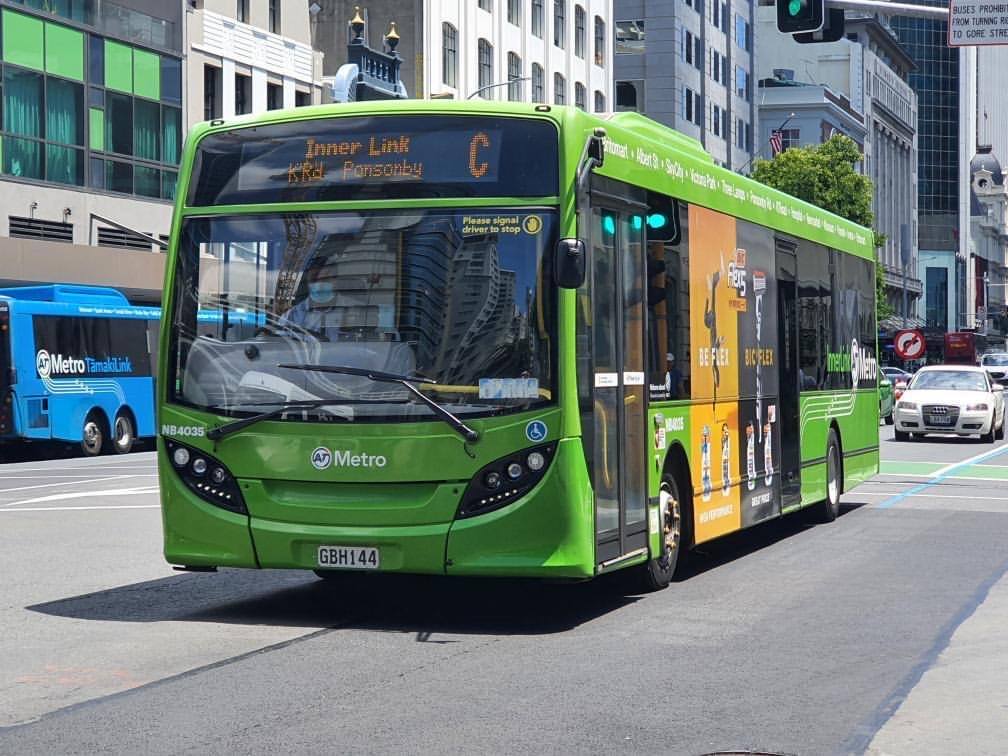 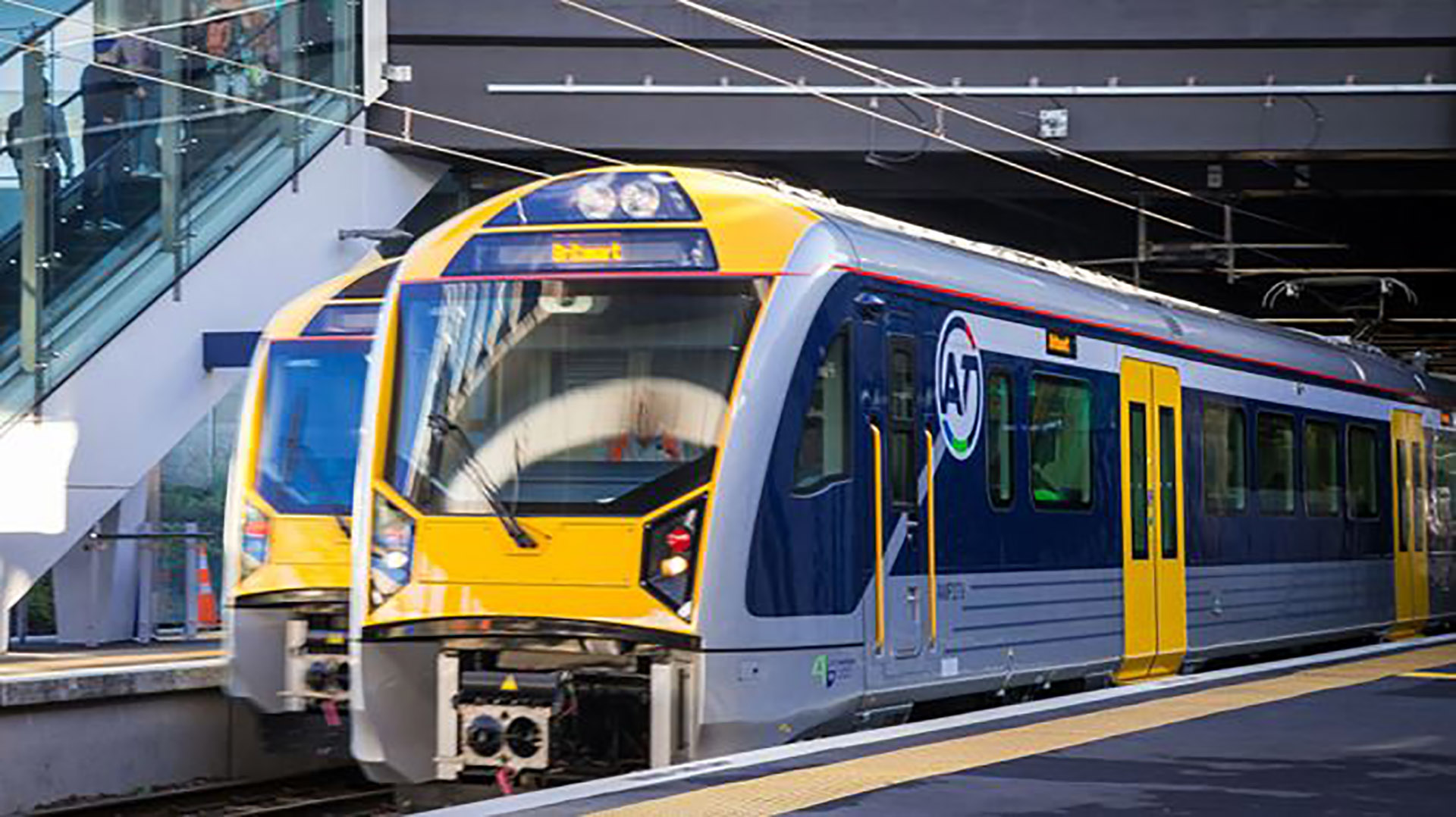 Trains are a great way to travel around Auckland with 41 stations across four lines: Southern, Eastern, Western and Onehunga. Auckland has 41 train stations, check if the train station is more conveniently located than the nearest bus stop. To check timetables and fares, download the Auckland Transport smartphone app or use their online journey planner.

The Auckland International Airport services all of Auckland. Located 21 km south of the City Center, it is easily accessible by bus, shuttle or taxi.

Skybus – is Auckland’s airport transfer service that runs between Auckland City Centre and Auckland Airport. SKYBUS operates 24 hours a day and the bus transfer takes about 40-60 minutes. Tickets can be bought at the Airport Ticket Kiosks (situated by the SkyBus bus stops at the airport) or from the bus driver (cash only). You can also buy your ticket online and at some hotels.

There are only licensed taxi and shuttle companies at the designated taxi ranks at the terminal buildings. The taxi rank is outside the arrivals area at the international terminal as well as the domestic terminal. You can pre-book or just turn up at the terminal rank.

Long term car parks are located either within the airport terminal or in the vicinity of the airport as well as major car and motorhome rental companies. 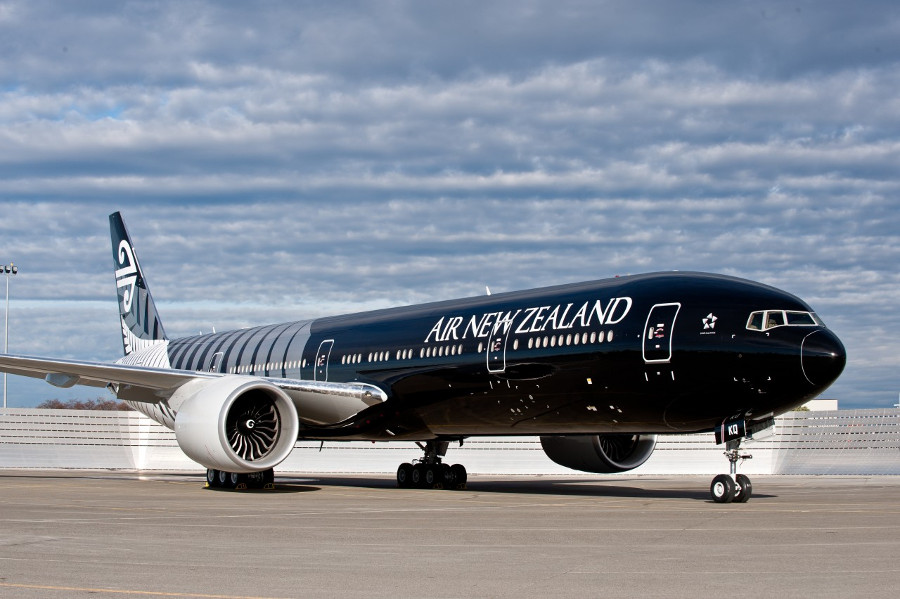 Check the specific location of your rental vehicle and ensure you have local mobile and/or international roaming to contact the rental company for a complimentary pick up and drop off service.

To ease the aching feet or the weather isn’t great.

Check timetables and routes for up to date information.

For places to park near the downtown ferry terminal see Parking in Central Auckland.

How do I catch a ferry?

Look for this symbol on buses, trains and ferries for AT connected networks

Auckland is a harbour city and ferries have been a part of its fabric for over 150 years.  From the ever-popular Devonport and Waiheke ferries, to more recent additions of Hobsonville, Gulf and Pine Harbour ferries to these fast-growing communities

From 26 July 2020, ferry services will be joining AT Metro’s integrated fare system.This means you can transfer between AT bus, train and ferry and pay just one fare for your entire journey with your AT HOP card.

We can not accept Cash, please use your AT HOP Card or Paywave (EFTPOS, Visa, Mastercard).

What do you think about “Auckland getting around”?