Auckland day trip to Motuihe Island: what to do and see

Auckland skyline and Hauraki Gulf are the backdrop to safe sandy beaches and interesting walks through regenerating bush. From downtown Auckland you can take a day trip to Motuihe Island, where there’s a choice of superb beaches and several easy coastal walks. A great day trip from Auckland. Visitors will enjoy the Red Boats water trip with the Auckland skyline receding into the distance.

For other trips and holiday inspiration check out Auckland Road Trips. 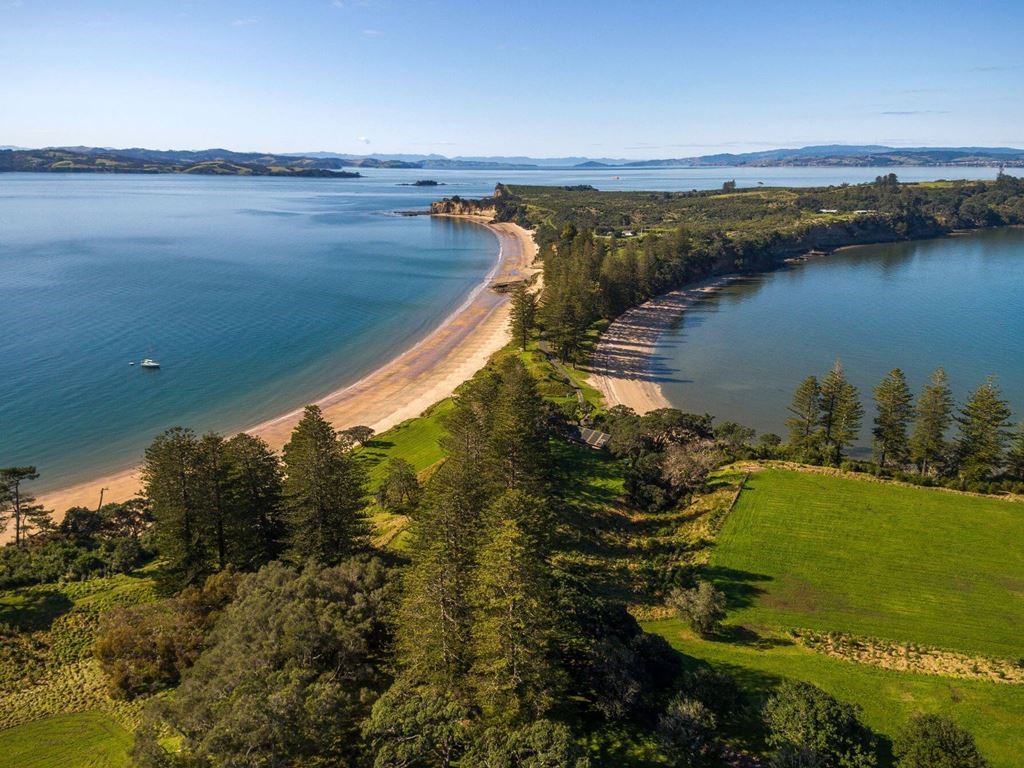 This track starts and finishes at the isthmus which is located between Wharf Bay and Ocean Beach. 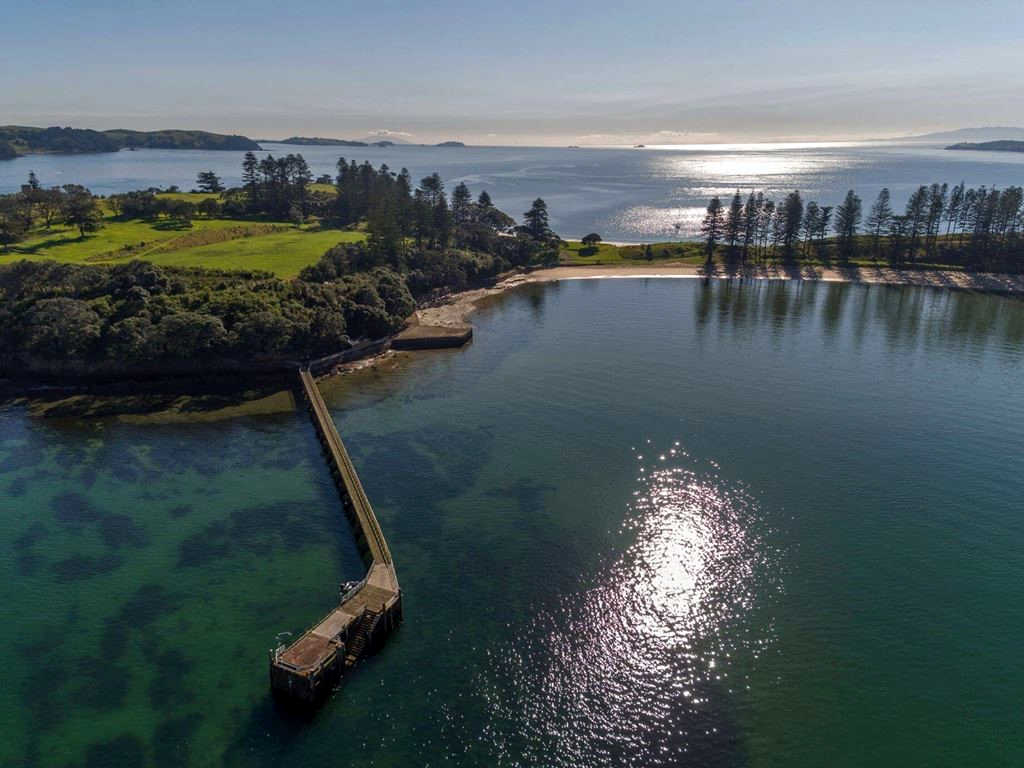 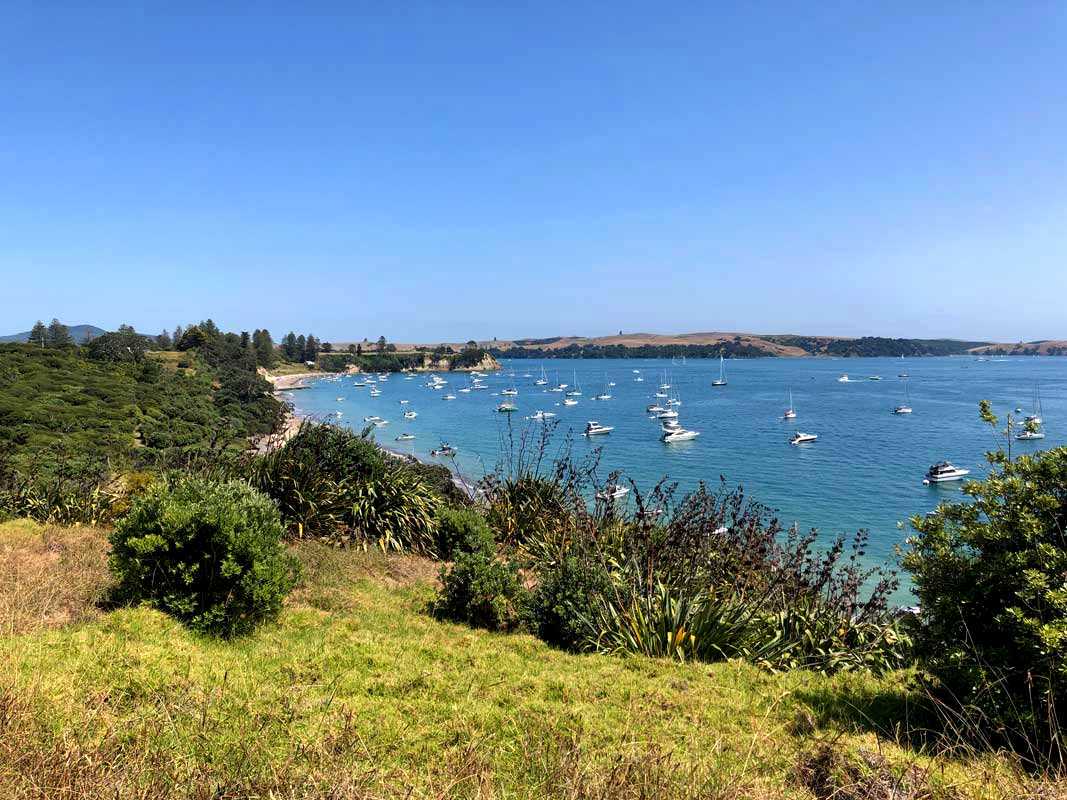 This loop track starts and finishes 200m south of the Ranger’s residence.

It connects with the Woolshed, the start of the Tieke Track, Calypso Bay, Snapper Bay, Ocean Beach East.

There are link tracks for those who wish to shorten their route.

Tieke Track is accessed from Eastern Beaches track and is less than 200 metres from the woolshed. It starts through trees planted in 2003 and passes under ancient pohutukawa trees which are home to a wide variety of birds including the very rare tieke. There is a seat overlooking Wharf Bay, Rangitoto and Auckland City. The layered limestone rocks occur below this point. Kereru may be seen feasting on berries and tuis have been seen drinking the nectar from a wide range of trees. Other birds will be chirping and tweeting and singing all around. The Tieke Track emerges from the bush on the ridge where  wide views of Hauraki Gulf may be seen. 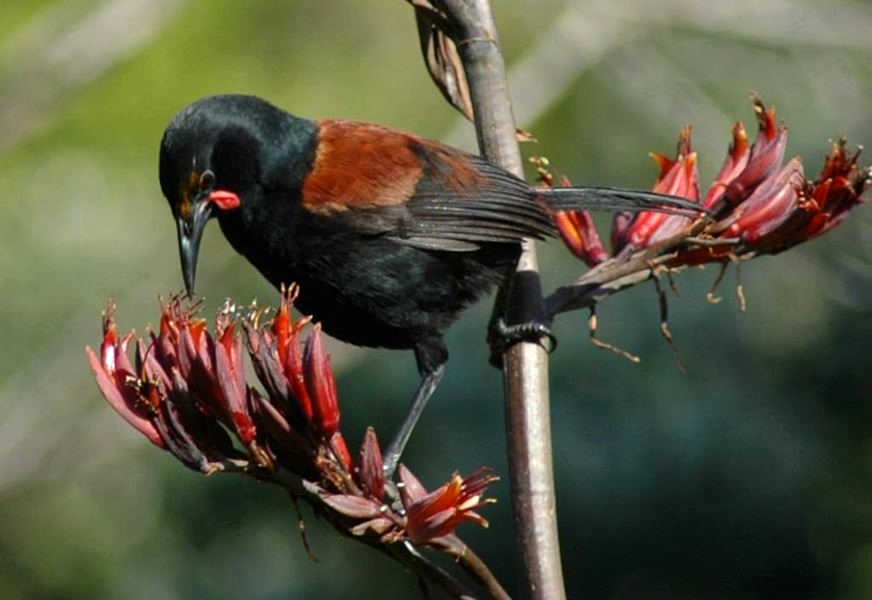 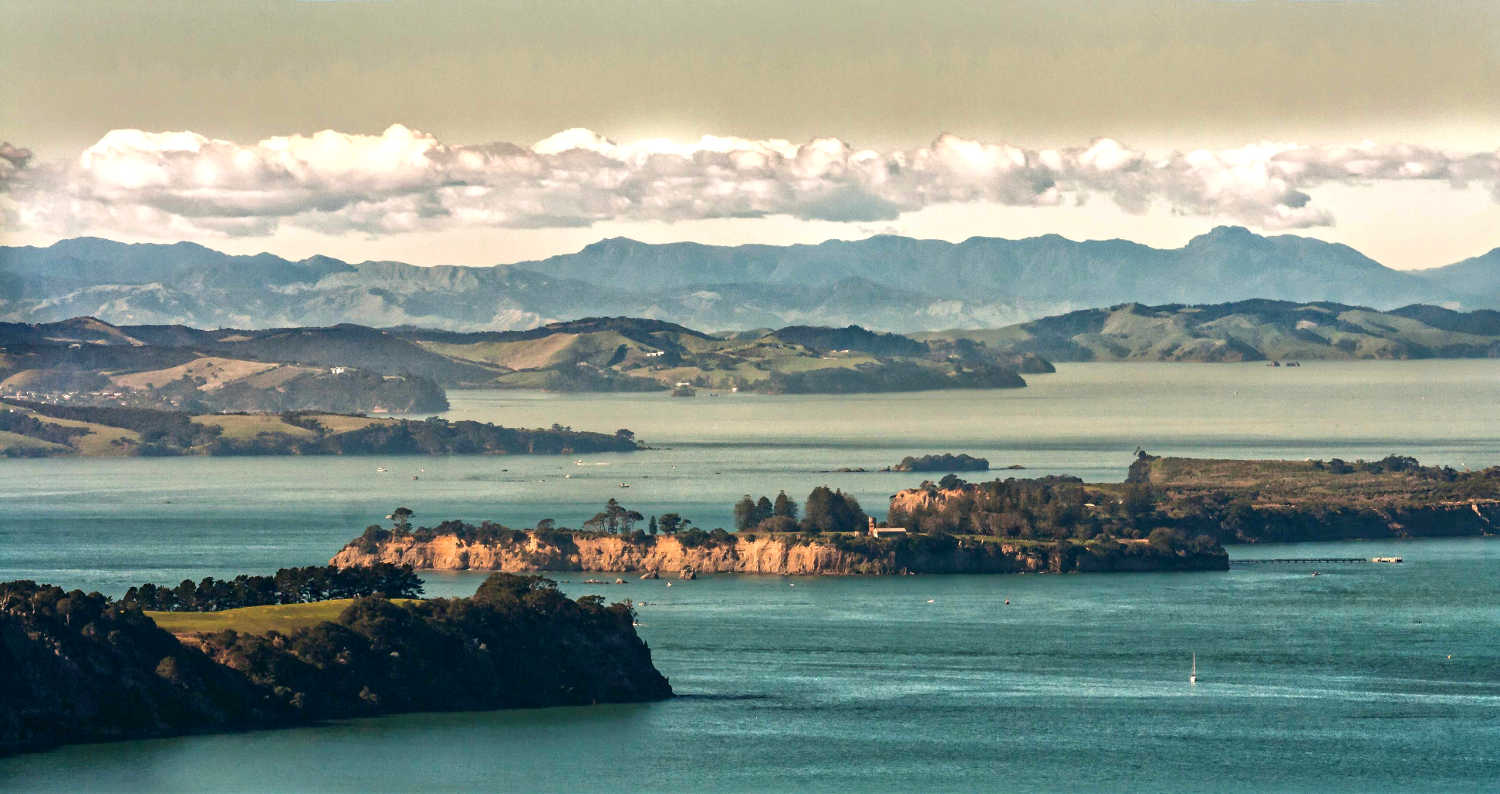 The Southeast Beach/Bald Knob loop track starts at the end of the metal road and follows the blue track to the far southernmost end of the Island and returns via a long slow climb back up to the ridge and past the trig station providing a 360 degree view of the Hauraki Gulf.

This is a pleasant walk through recently planted trees and around the side of Bald Knob and down to the small sandy Southeast Beach.

The Motuihe Trust is running a restoration project in partnership with DOC, with the aim of reforesting parts of the island, returning native birds, lizards and insects, conserving historic features and developing tracks and visitor facilities. Since 2003 volunteers have grown and planted thousands of trees on the island. 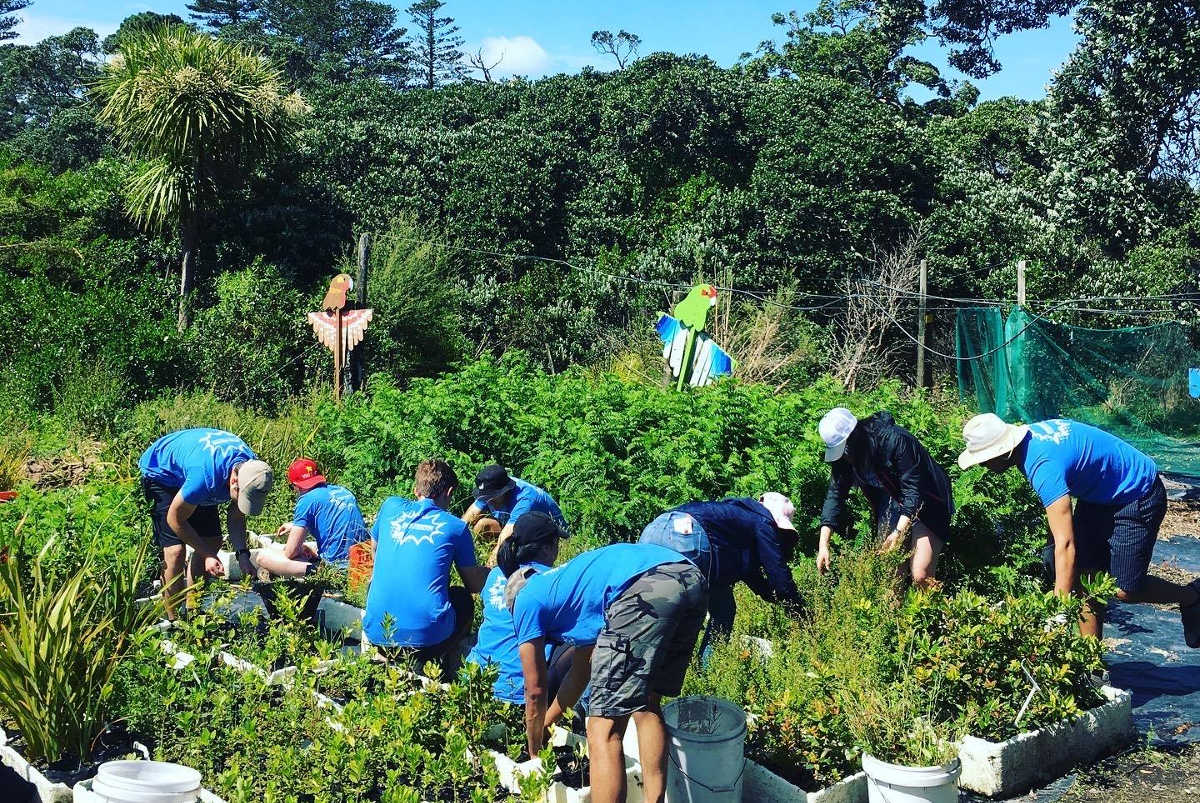 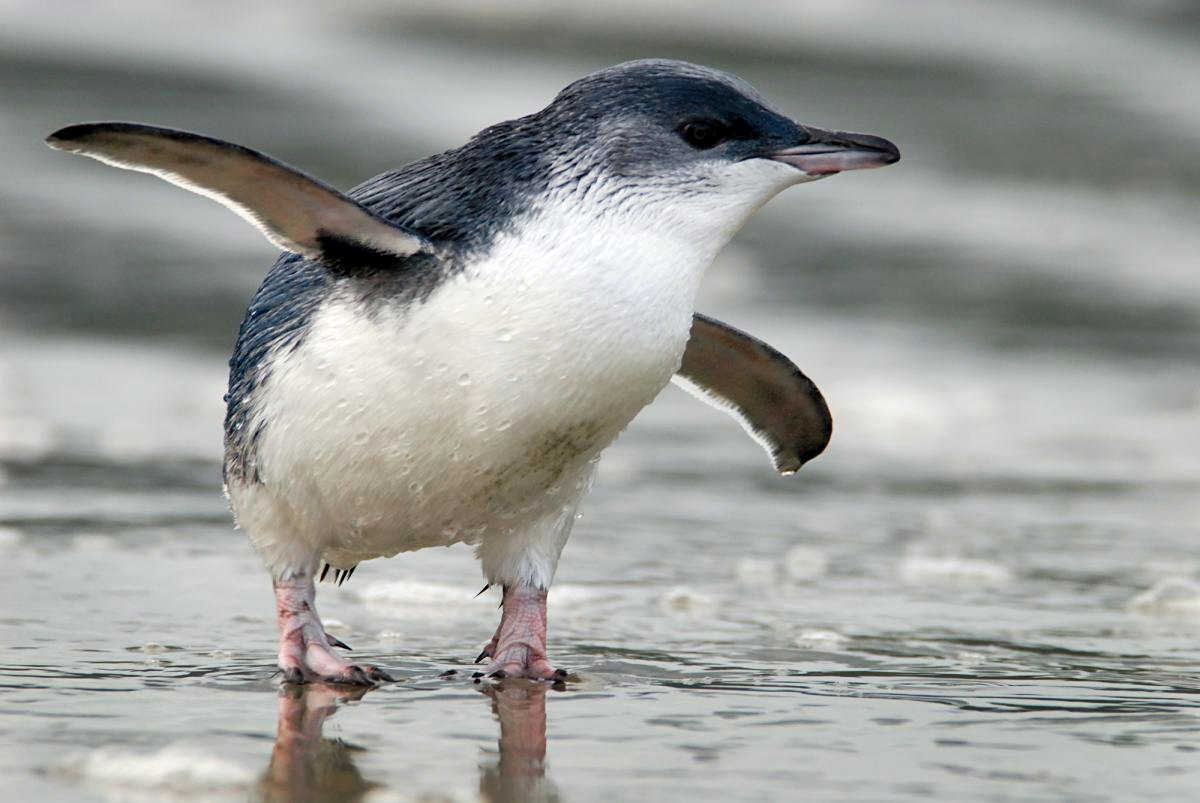 The red boats operates on a scheduled timetable. Ferry service is limited. If you are chartering a commercial vessel to the island, check the operator has a Pest-Free Warrant. Commercial vessels that use the wharf will also need a wharf landing permit. Find authorised transport operators to this island.

If arriving by private boat, there are several safe anchorages including Wharf Bay, Ocean Beach and Calypso Bay. Note that the wharf is only available for dropping off and picking up passengers. 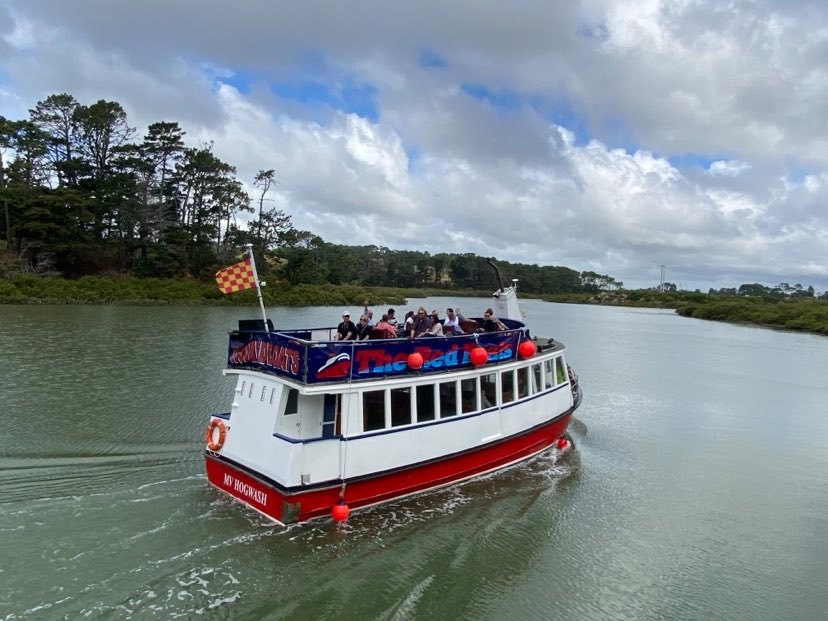 Kayaking is several hours from Auckland CBD district. Sea kayaking in the Hauraki Gulf is for experienced kayakers only. There are several tour operators offering guided kayaking tours including Motuihe Island. 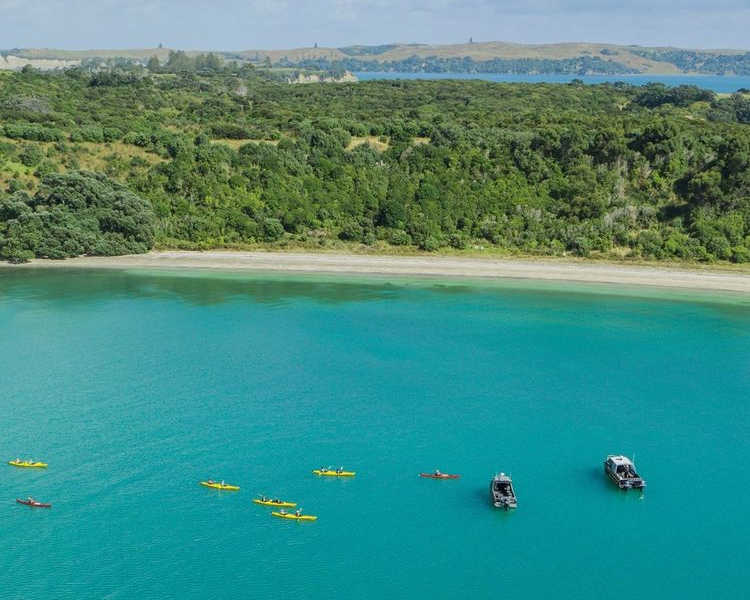 Motuihe Island was extensively settled by pre-European Maori with two significant pa sites. Two pa were constructed on the island’s headlands, with one – Mangoparerua – noted as an important battle site. Maru Iwi was the first tribe in the area before the island was conquered by Te Arawa in the 14th century. Later, Ngati Paoa held  the island and it was this iwi that was recognised by the Crown as the owners once European visitation began. 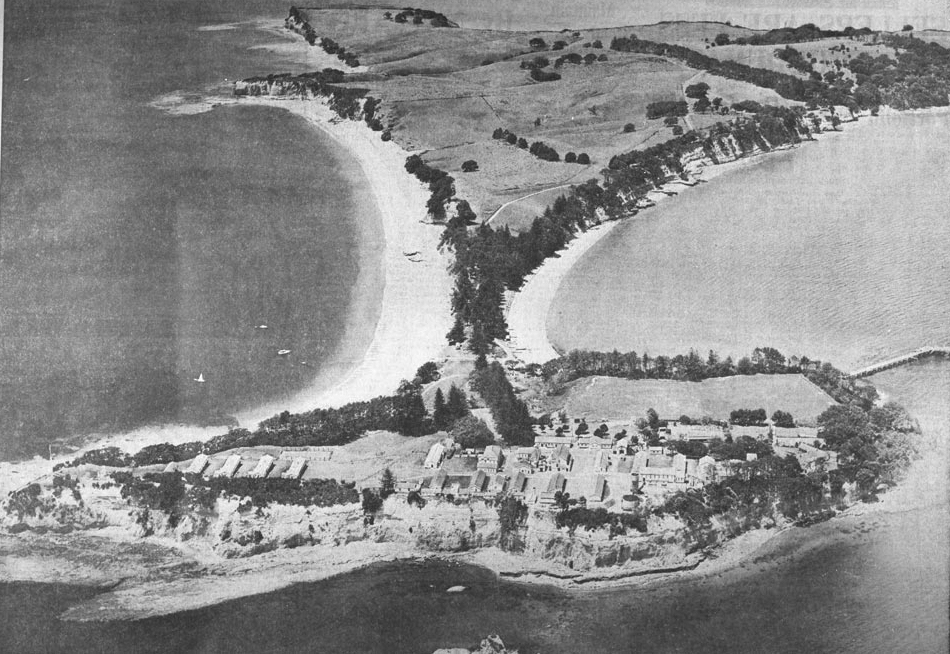 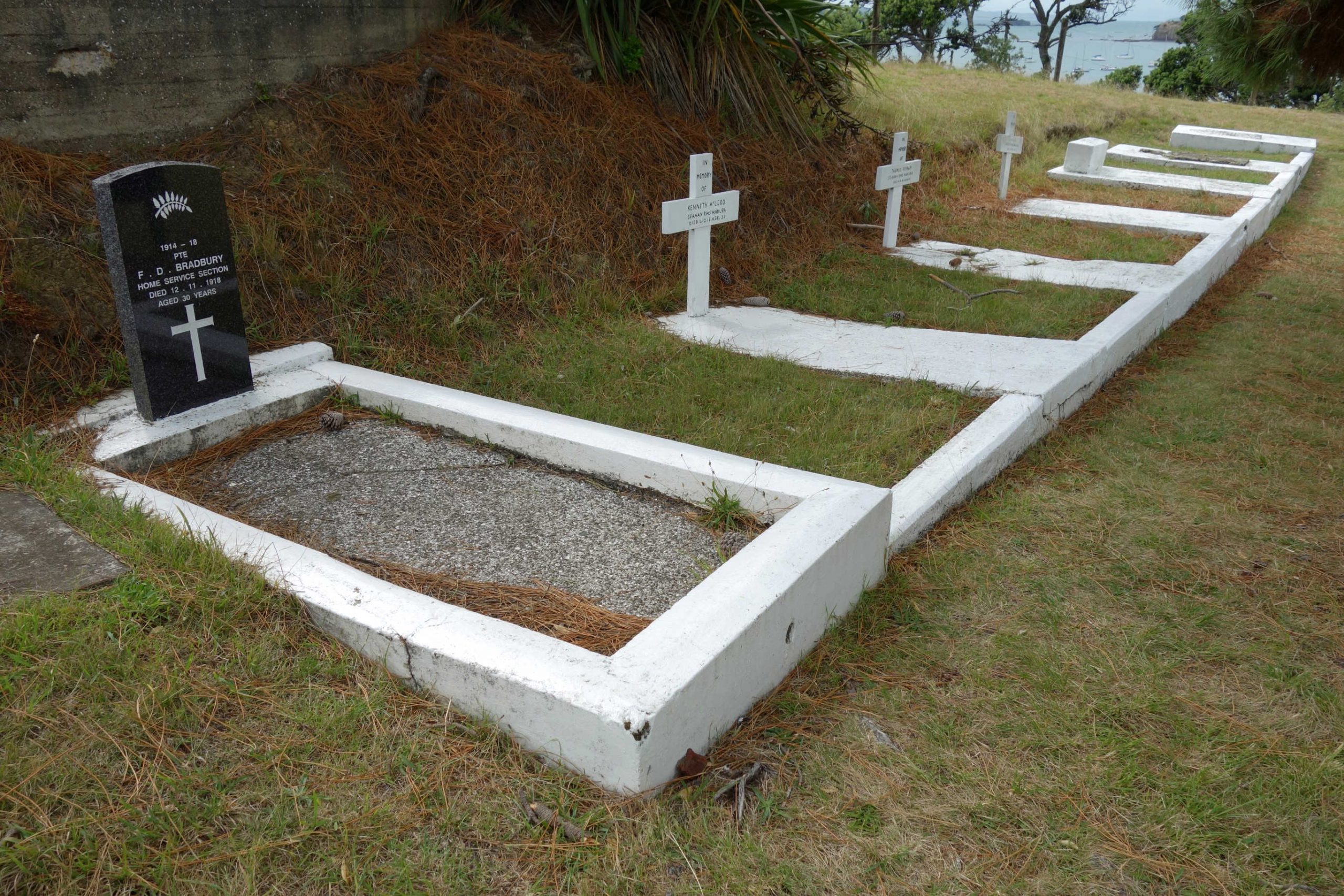 Motuihe Island Cemetery, Auckland, contains the official war grave of 1 man who served in the New Zealand forces during the First World War.

This is Private Frederick Donovan Bradbury who died of influenza and pneumonia on 12 November 1918.

The cemetery is located at Cemetery Point, at the north end of the island.

A naval training base was established

HMNZS Tamaki, a naval training base and part of the coastal defence network. It continued in peacetime to be used for basic training in seamanship, fitness and discipline before moving to the North Shore in 1963. Camp on the headland near a sandy, sheltered beach and explore the island by foot. Good boat anchorage. Home to kiwi, kākāriki, saddleback and shore skink. 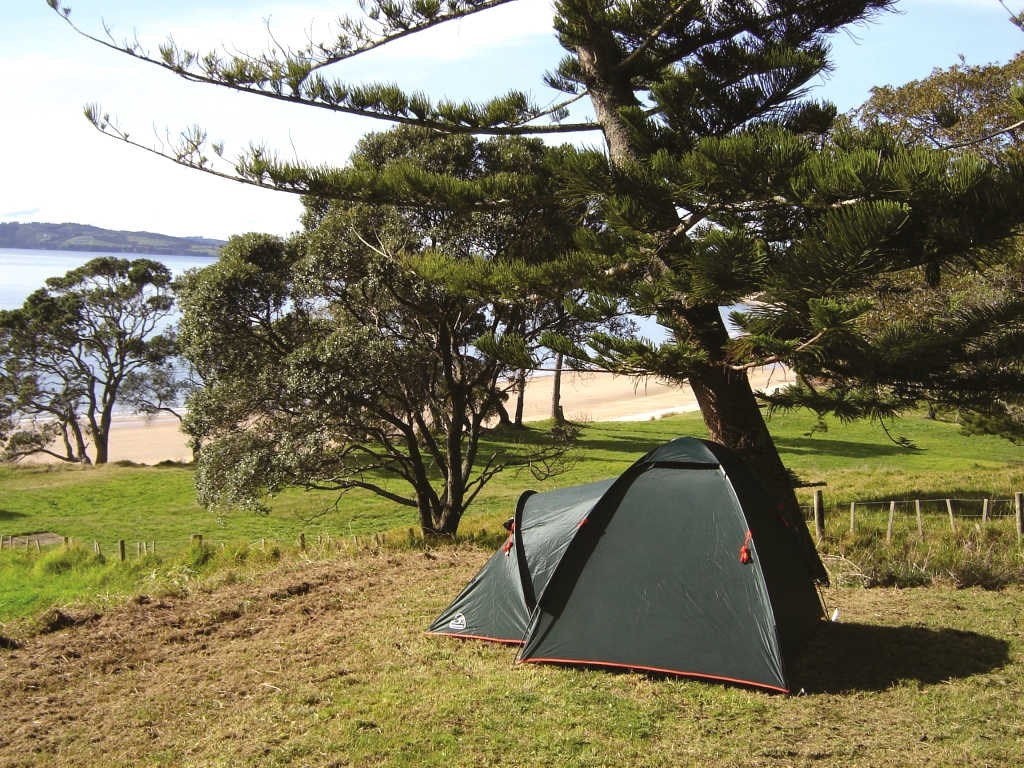 Seasonal restrictions: Fires are not permitted at any time. Dog access No dogs. 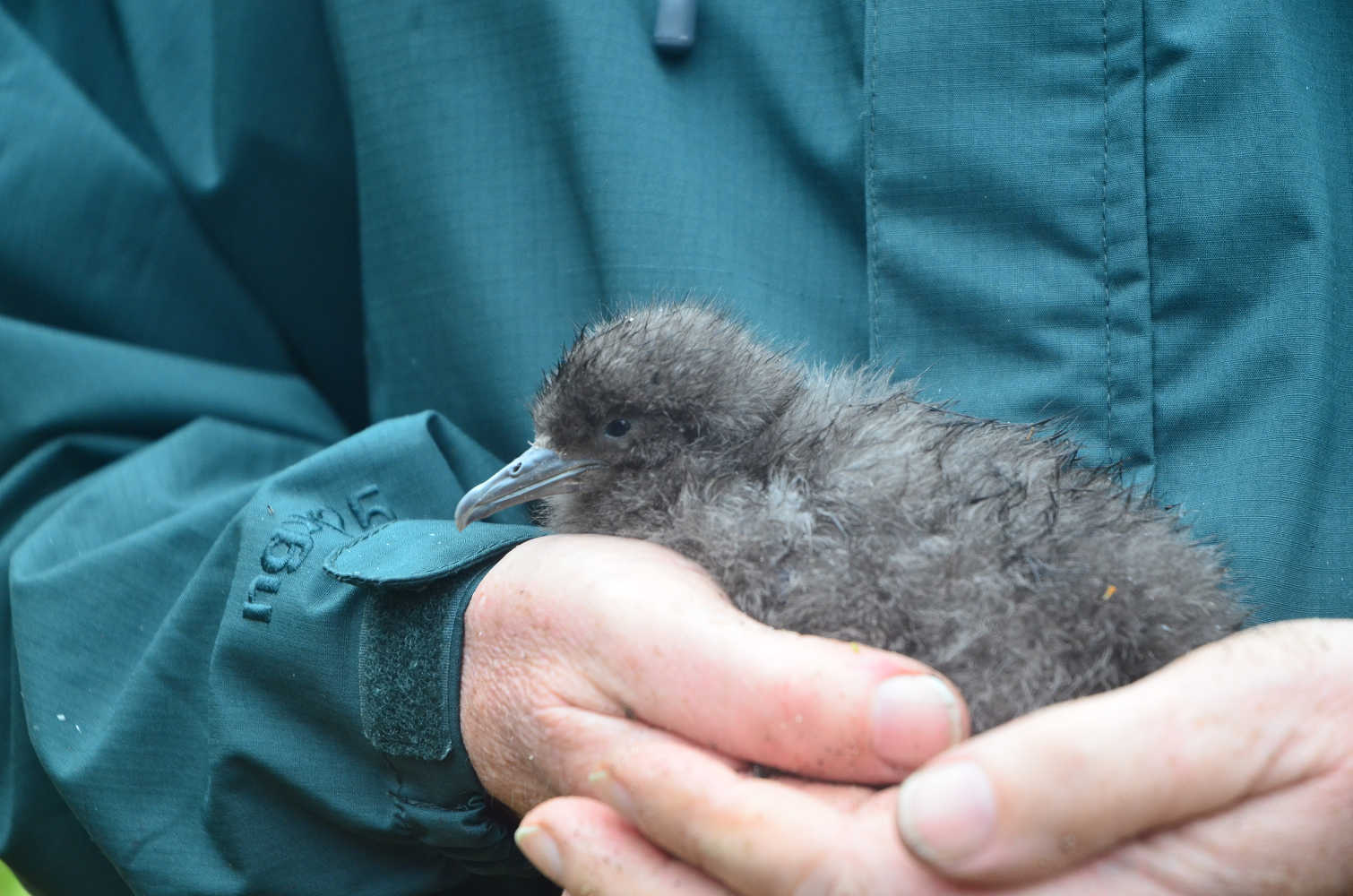 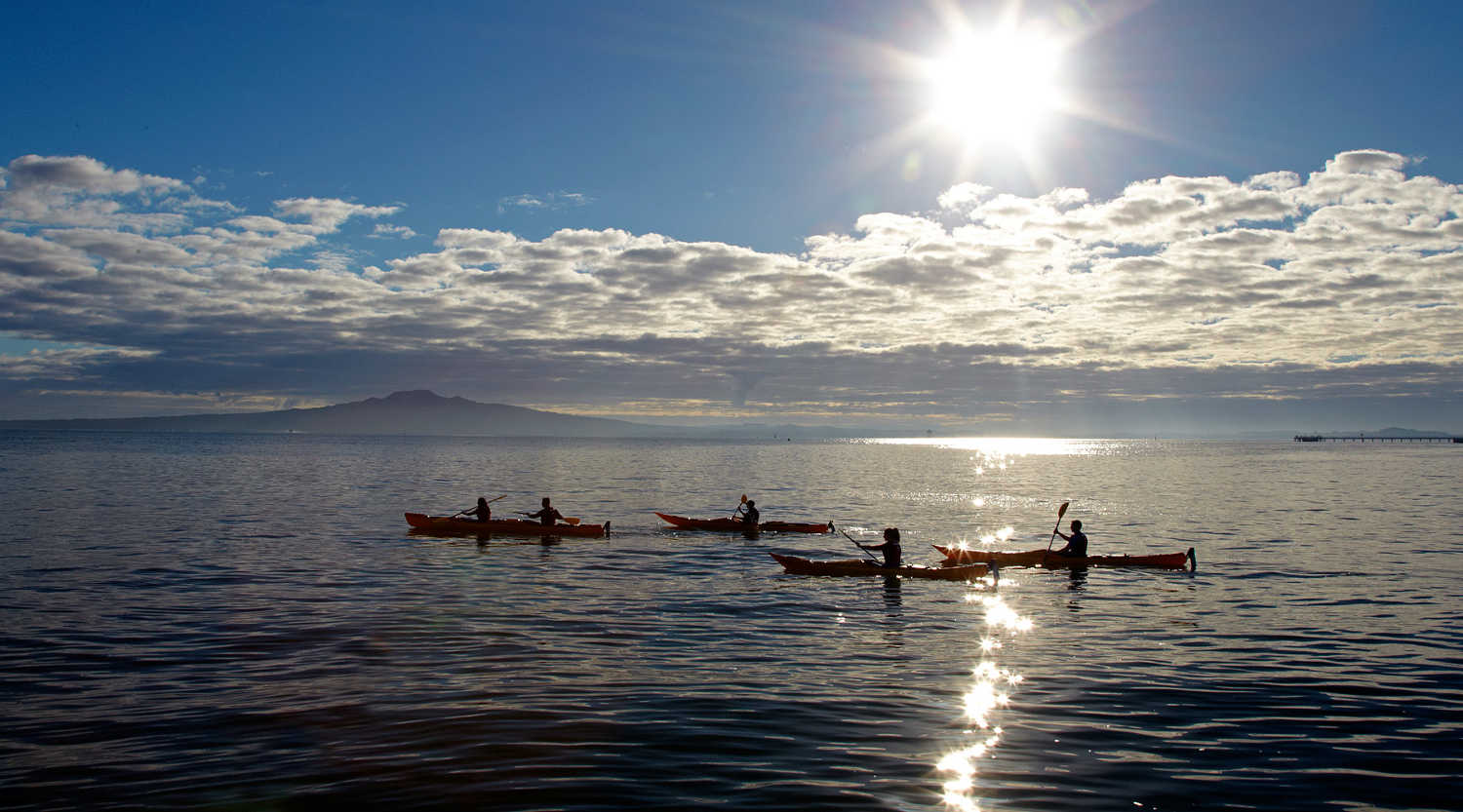 Auckland, get yourself on the water

What do you think about “Auckland day trip to Motuihe Island”?